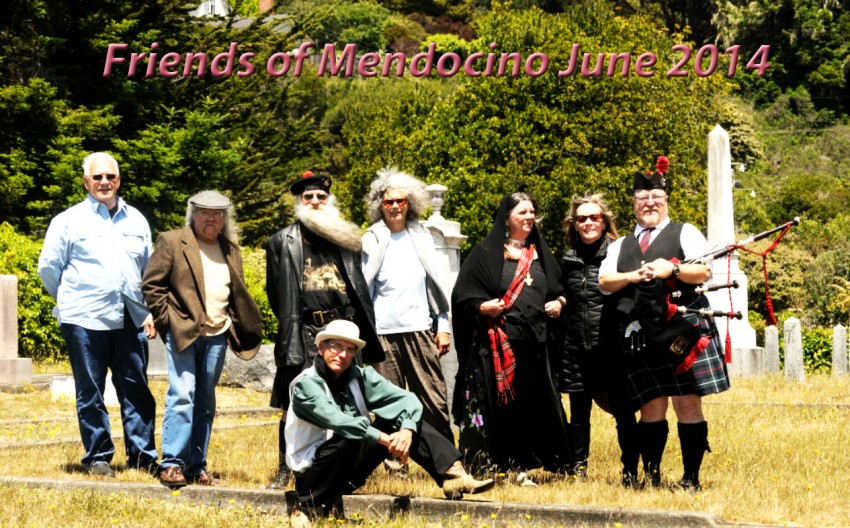 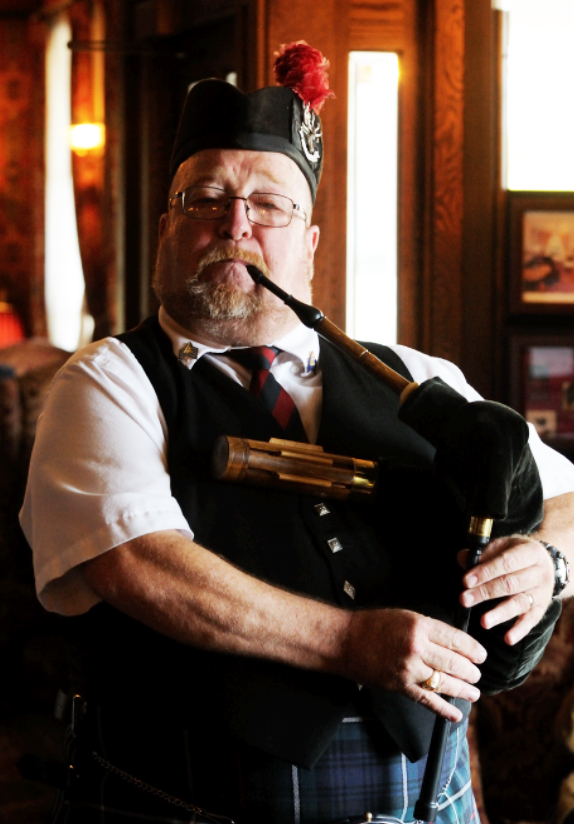 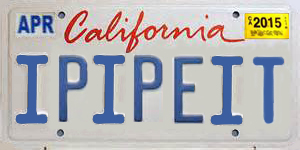 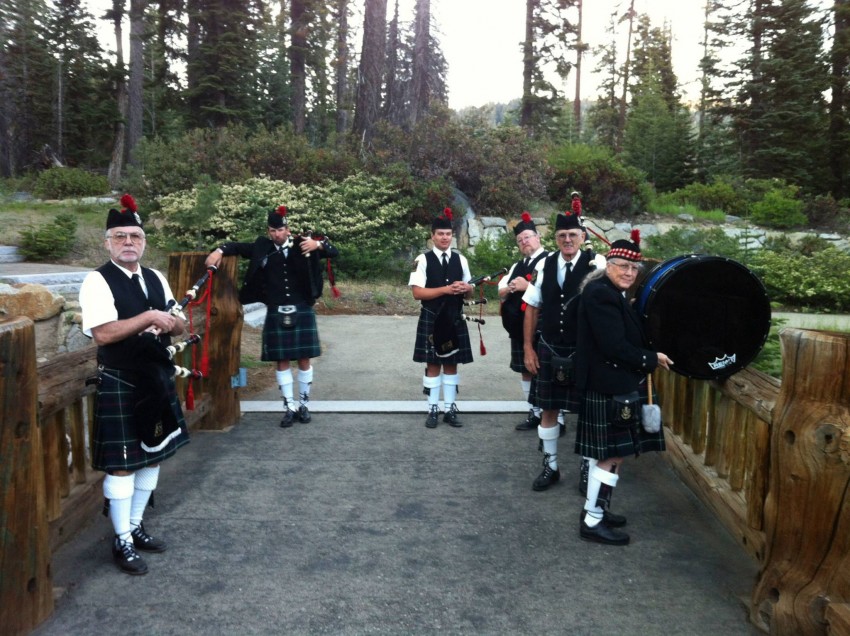 The Band-Wedding in the Sequoias 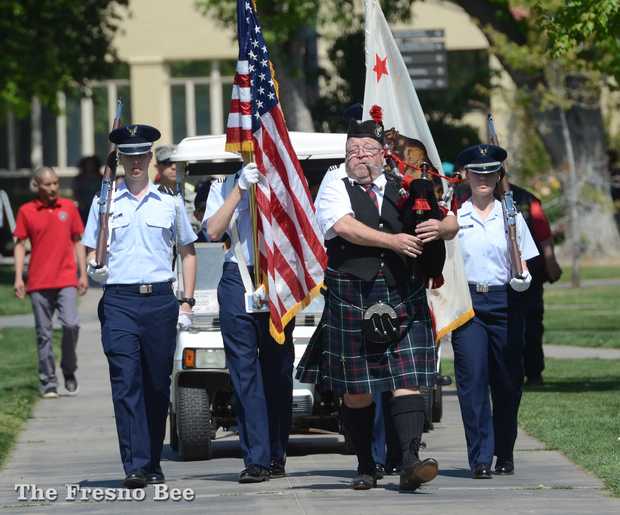 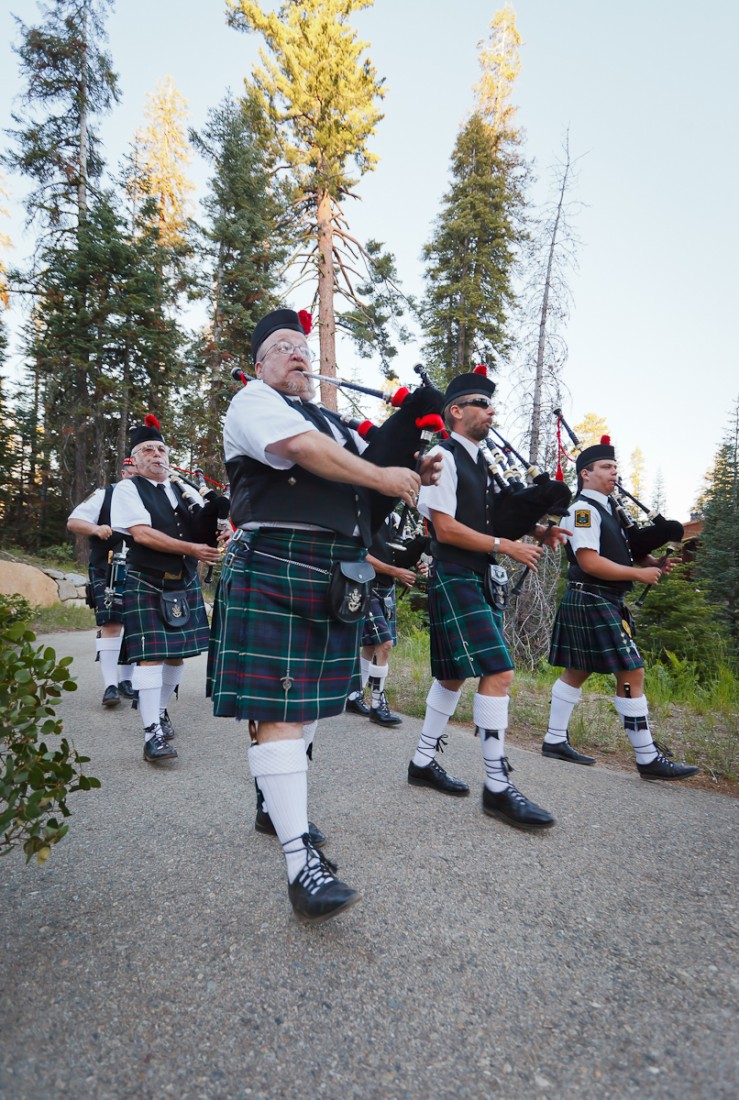 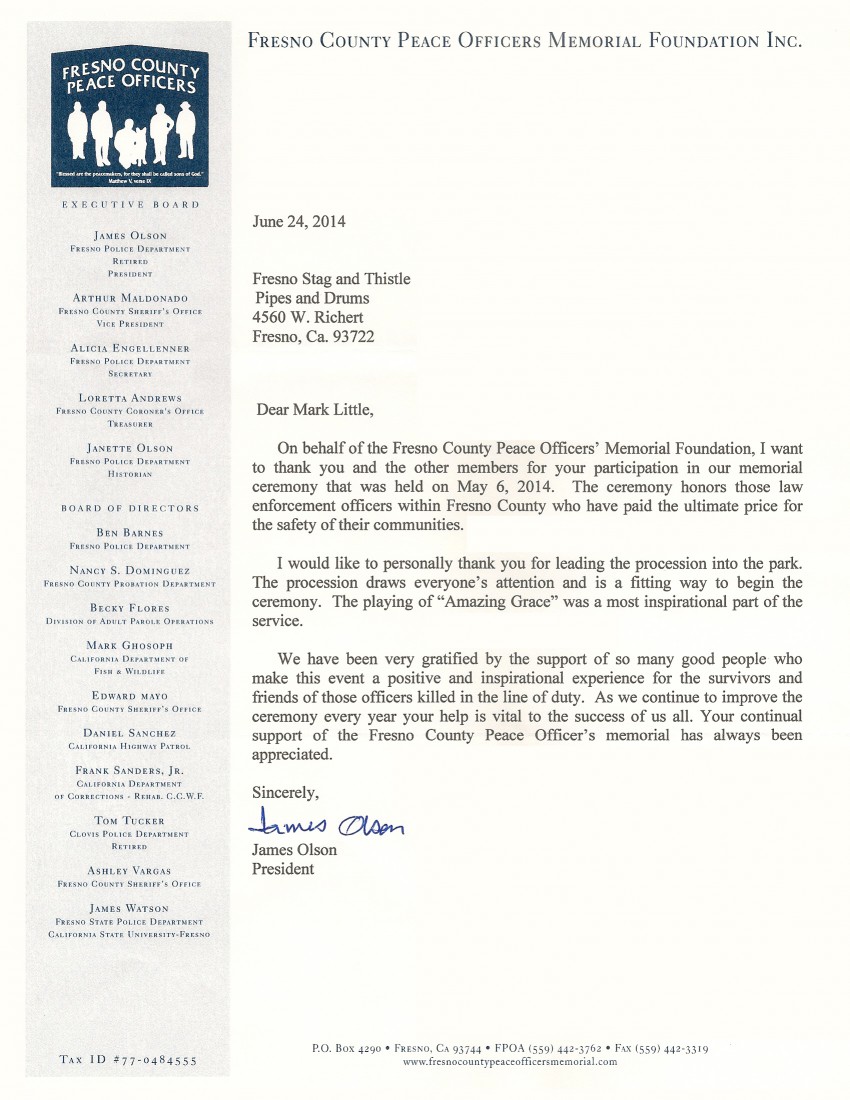 I am currently the Pipe Major of the Fresno Stag and Thistle Pipes and Drums. I have played the bagpipes for 43 years. I am available for funerals, weddings, and parties in the San Joaquin Valley and throughout California. Auditions available on request. Very reasonable rates. I am the preferred piper for all of the funeral homes in the valley and they can be contacted for reference.

We hired IPIPEIT for my father’s interment. It was the perfect background music for the occasion. Mark was extremely accommodating.

Enjoyed the music. Would have liked to hear more than one song for the price I paid - as I requested.

Was courteous, on time and played beautifully

Mark was incredible from start to finish! He was accommodating, encouraging and excited His enthusiasm ran deep for our wedding. He was right on time. He was in contact with us before the event started, a few days before the event started etc.
I would I would absolutely hire him and recommend him to anyone! His music was amazing. His attitude was incredible. His kindness was over the top! We are grateful for him!

Bandit Town wedding was perfect and our bagpiper made it that much more special. Was prompt and played the songs we set prior to the wedding. Answered my text messages within minutes of receiving them.

Look no further, if you want a professional and excellent bagpiper. He was genuinely passionate about playing his bagpipes, he took time out to speak and pose for pics for our guests. Our priest was running late, and he volunteered another song to play for our guests. I will permanently have him in my contacts for he is a keeper.

Wow, this was the first party I had a bagpiper at and it was wonderful. I can't wait until the next one, what a great experience. All my guests loved it!

Thank you Victoria! It was an awesome experience!

This man has heart!

Mark arrived early and was more than ready to honor our loved one with his bag pipe playing. It was beautifully done and our Marvin was smiling down on us.

He was very professional. Very willing to talk and interact with guests at our wedding. Definitely recommend for an event. He was a huge hit with our guests.

Thank you Kimberly. It was an awesome wedding!!!!

I am a little confused about the review you left on here on Gigsalad. I played at least 6 songs. I played as people were arriving, played the urn to the site and Amazing Grace at the end. If you wanted more, I would have done more.

He was absolutely awesome, he was willing to stay for as long as I wanted and very flexible I recommend to everyone!! Amazing grace sound beautiful my son would have loved it!!

We had a wonderful funeral with our bagpiper! There was not a dry eye in the church with his great performance of “ Amazing Grace”!!

Easiest Vendor to Work With

Mark was the most accessible vendor we worked with for our Wedding!! From the first time, we reached out to him to the day of the Wedding. We are a same-sex couple, and I am from Scotland. Having a bagpiper at our Wedding was really important to me and to all my family who were attending all the way from Scotland. We did not have a set idea on music for him to play, and he helped us figured that all out over the phone. He was friendly and talented. All our guests loved him!! If I ever need a bagpiper again, I know who I will be calling!!

Mark added just the right sentiment to a ceremony honoring a 30 year Navy vet. He couldn't have been more engaged or compassionate. Tastefully and touchingly lent feeling and dignity to a most memorable service. Highly recommend.

Enjoyed by all in attendance!

He was there on time, played where snd shat was requested, and was helpful in selecting songs to fit the event. Referred him to others already😊

His service was perfect for my Dads funeral. He was early to arrive had everything taken care of with no direction needed from me. Thankfully because I was in no place to to give direction. Absolutely amazing beyond grateful he made my Dads final wish come true.

Thank you! I was honored to play for your wonderful family!

He was on time, cheerful, and 100% provided what we wanted for our Papa’s Celebration of Life. He added the authentic Scottish flare we were hoping for and stayed for the entire event as promised. I definitely recommend Mr. iPipeIt for your event. He made ours very special. ❤️

The Piper was great! He was on time accommodating and patient with us as we worked through our cemornoy rehearsal. Would very much recommend.

Yes, he was not only on time he was several hours early. Went over the wedding with my coordinator before I even arrived. Made my day so much easier. With his experience, the procession of the wedding party went beautifully. Couldn't have had the ceremony we planned on without him.

Thank you Sheila!!!! This is what I do. I was honored to be your piper.

A very nice and compassionate man. Played wonderful music. The very best anyone could ask for. Would have been worth it for twice the price. Thank's, Lee

Thank you Lee for your kind words.

Mark was amazing and we were so lucky to be able book him for our wedding. Arrived early super easy to talk to and did an amazing job.

Thank you Tammy! It means a lot to get a review like this!

An adventurous and joyful sound !

Mark opens the path to the HIghlands the minute the pipes are played. Attendees at our Native Daughters of the Golden West were moved by his music in remembering their departed friends. Mark is PF (professional and flexible) and best of all, he is a master who loves what he does and his music is living proof of his devotion!

What a great time we had listening to this amazing guy! He was everything you want in a piper and was very professional but fun. Thanks for making my husbands birthday party and extra memorable event! Highly recommend.

Mark did a wonderful job playing for my group's dining out. Would highly recommend and will certainly look to him for future events.

Played for our father's committal service

Mark was a pleasure to work with from our first contact. One of my father's wishes was to have a bagpiper play at his service and Mark fufilled that wish flawlessly. His timing and playing throughout the service was perfect. Thank you for helping us honor our father in a special way.

He was so amazing to work with. He did amazing grace at a funeral. He was professional, super early, and played through the ceremony. Would hire him again in a heart beat.

Would most definitely hire again!

What a wonderful experience. Mark Little lightened what was a sad day for my family and friends. For the second time in a two month period we had to lay to rest one of my parents, my father. My father was Hellcat Fighter Pilot in WWII and a proud man. He loved his family and his Country. I wanted to do something special for our Hero and hire a Bagpiper for his service. I found the Gig Salad and requested quotes. Forgetting it was the weekend of the Pleasanton Scottish Highlander Games, I thought I was out of luck. I started to receive very polite emails that people were unavailable. Then came a quote from Mark Little, we made contact and discussed what I was looking for. I told Mark this was a funeral for my father and that we had just buried my mother two months ago. Mark was very sympathetic and understood my dilemma. We worked out the arrangements for the funeral service.

Mark performed masterfully, I know my father was looking down smiling and doing a little jig.

Every funeral, wedding or party is different. These are your functions and you tell me what you want and I will do my best to comply with your wishes. It is as simple as that!!!!!

If you want your booking fee paid for and also get the best piper on Gigsalad in the San Joaquin Valley, you have come to the right place!!!!!!! Mark always pays your booking fee so you don't have to! Mark is always ready to negotiate price too! Charity events are always NO CHARGE!

Mark started playing the bagpipes at age 16 when he joined the MCLANE PIPERS AND DANCERS under the direction of Larry Huck, the man that started the group in the mid 1960's. He was a true mentor to Mark. No other band director ever came close to keeping the integrity and professionalism of the Mclane Pipers and Dancers as Mr. Huck did. Mark was Pipe Major of the MCLANE PIPERS AND DANCERS his Senior year as were his sister and brother when they attended Mclane.

Mark also has a set of Walsh Shuttle Pipes. In the National Parks there are decibel restrictions in most areas except for hotels and churches, such as the chapel in Yosemite. Only small pipes are allowed in restricted sreas.The Great Highland Bagpipe has one volume, which is very loud, and might not be appropriate for some gigs.

Mark Little has played for many, many, weddings, parties, and funerals over the years and will be more than happy to audition for you before being hired. Mark is well known and recommended by all of the Funeral Homes in the San Joaquin Valley and any of them can be contacted for reference. Mark has played for Chaffee Zoo, Tachi Palace, Fresno Police Department, CDF Fire Honor Guard, Armed Services Honor Guard, Fresno Community Hospital, Saint Agnes Hospital, the National Cemetery at Santa Nella California, and many Weddings in Yosemite, Sequoia and Kings Canyon National Parks.....JUST TO NAME A FEW. Mark comes from a family of pipers as his brother and sister also play. Mark has played with the St. Andrews Pipe Band of Modesto, Clan Campbell Pipe Band of Modesto, and now the Fresno Stag and Thistle Pipes and Drums. Mark is a stickler for making sure your event is perfect. VERY REASONABLE RATES!!!!!!!!!!

She Moved Through the Faire -

Battle of the Somme -

Flowers of the Forest -

Wearing of the Green -