Back to Murder Mysteries 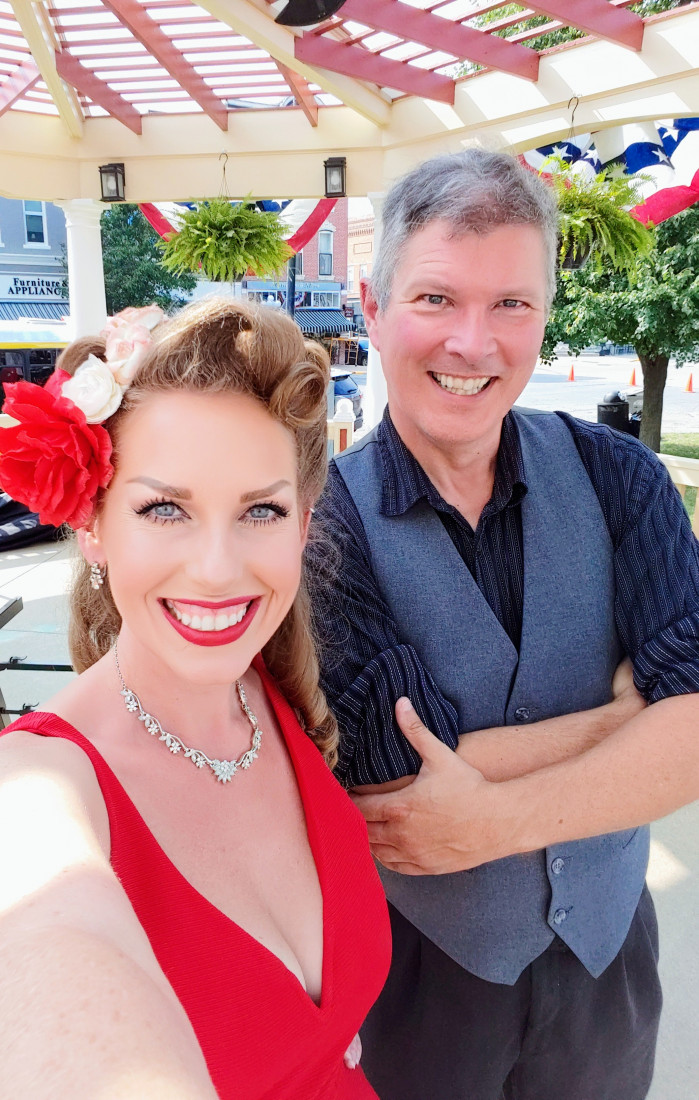 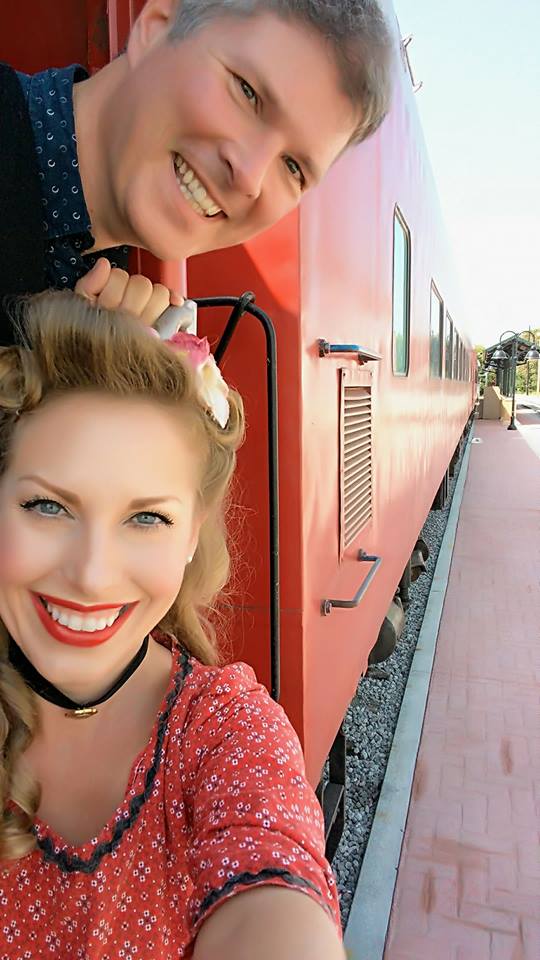 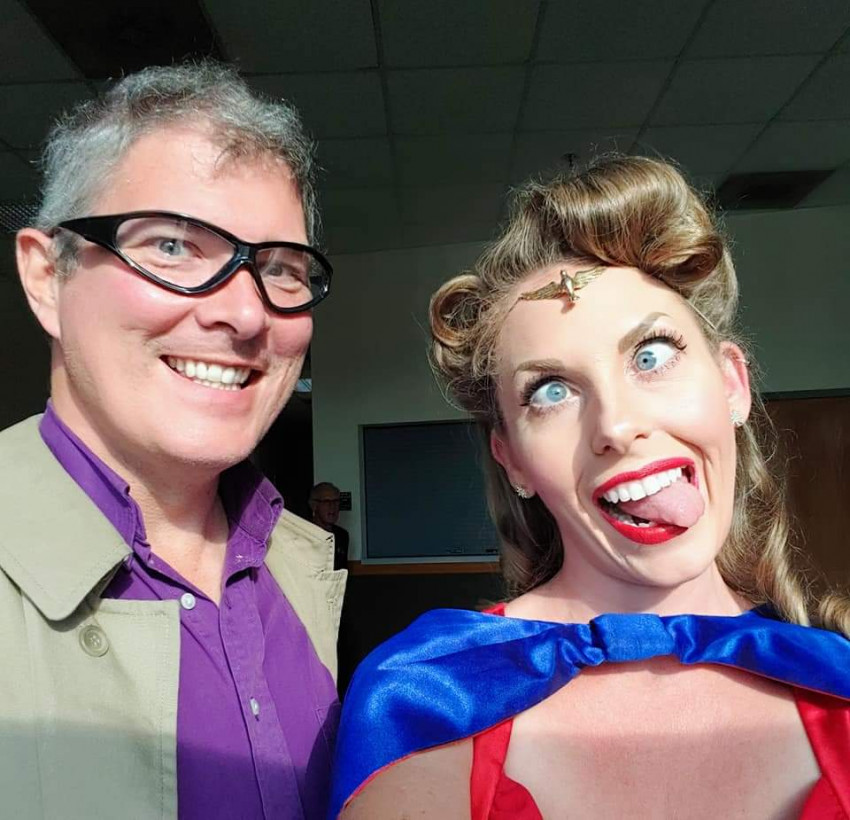 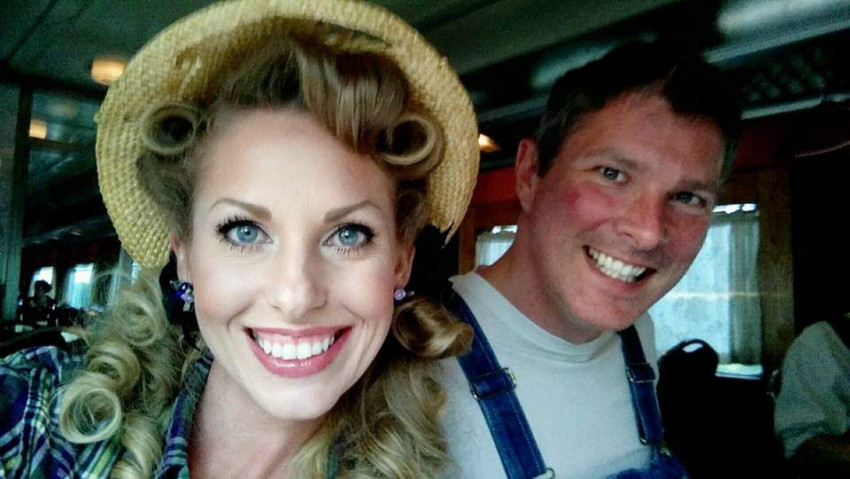 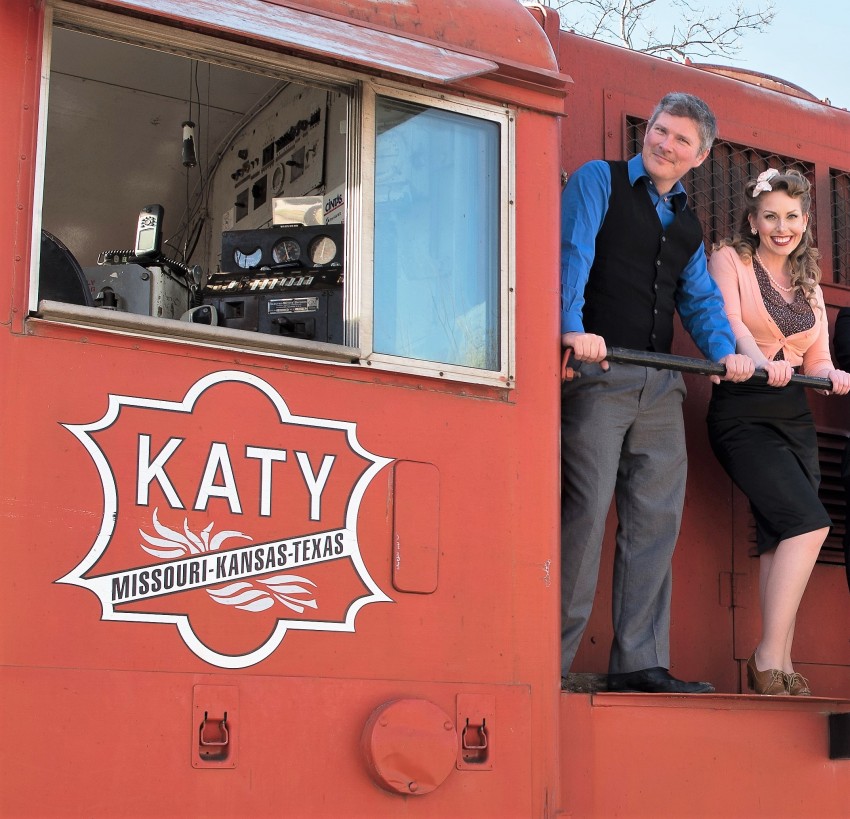 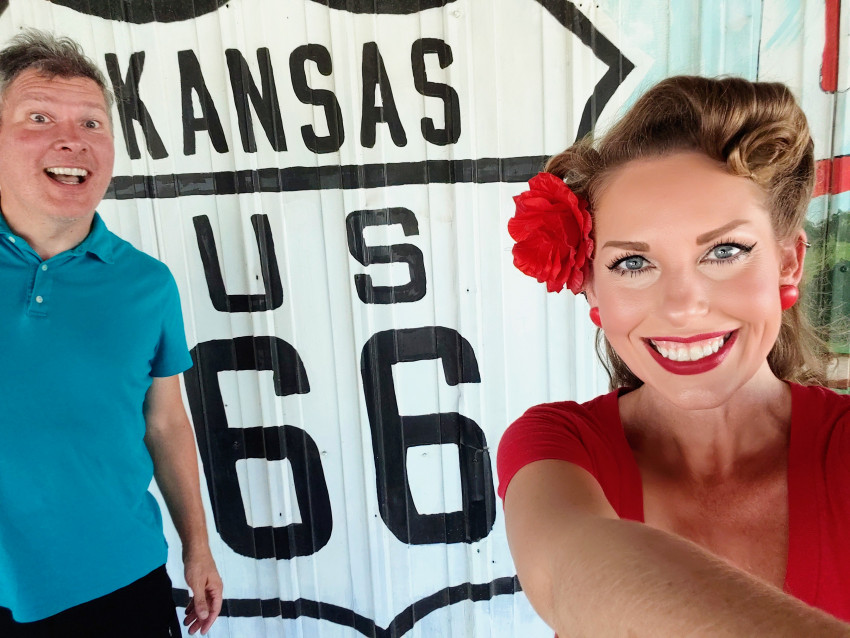 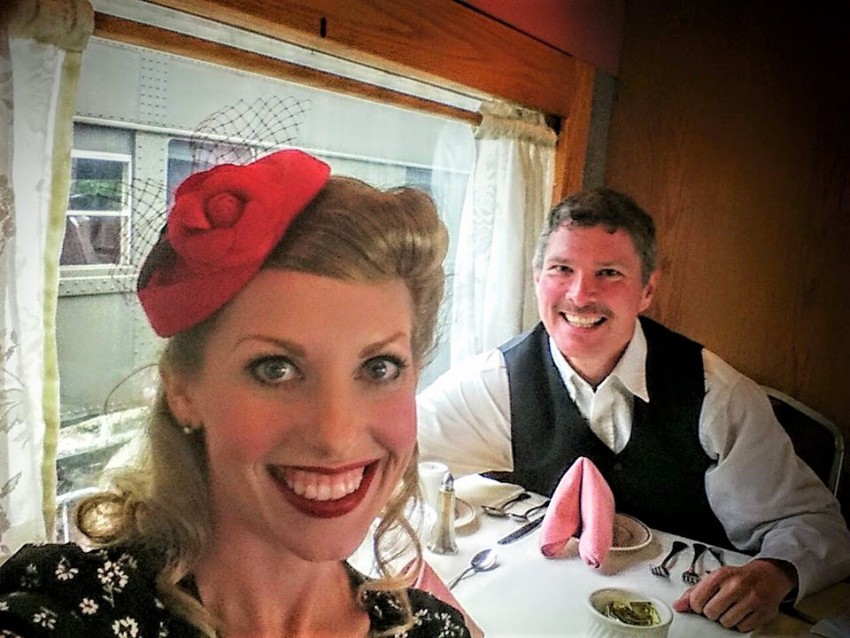 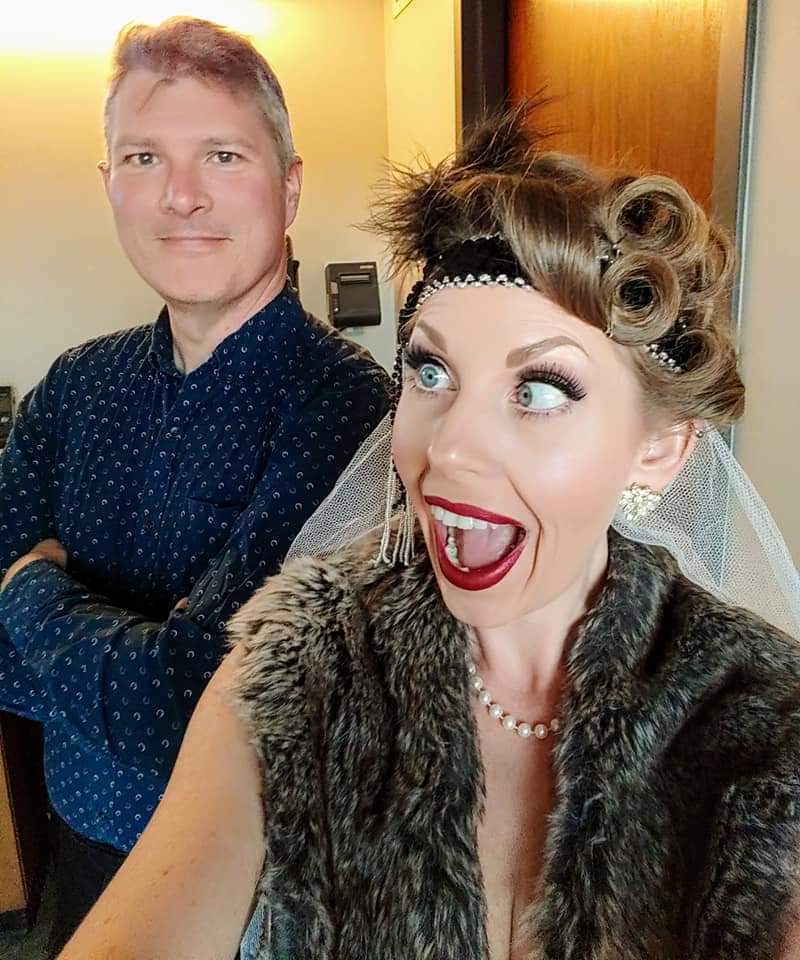 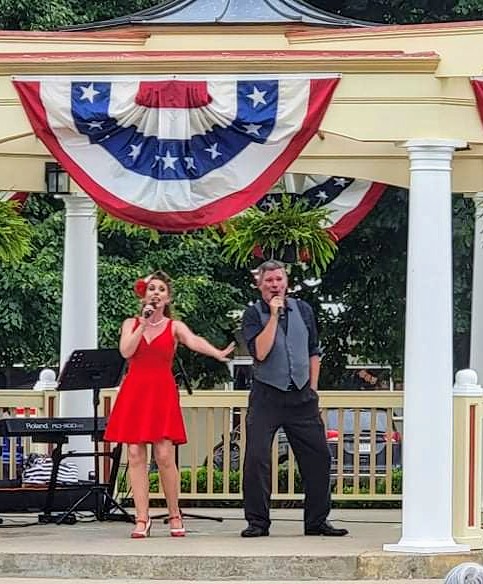 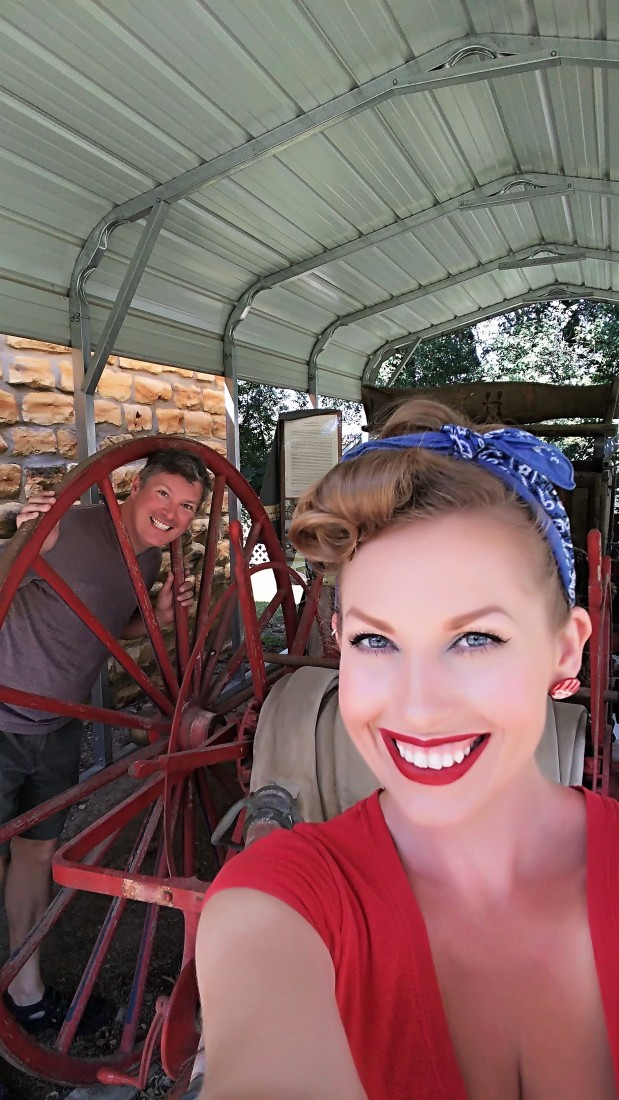 In Cahoots specializes in providing the best customized interactive murder mystery shows anywhere! Want your office party, holiday get-together, team-building workshop, or dinner party to be a great time? Solve a crime! We offer fun, hilarious, interactive murder mysteries to make your corporate or private event memorable. Nothing brings coworkers together or gets the party going like a whodunit! We're happy to work with you to choose the perfect mystery from one of our existing themes or you can create your own. Your more outgoing guests will have a blast as they play suspect characters while your other guests get to sit back, relax, and put on their detective hats!

I was so impressed and our murder mystery party was so much more than I ever hoped it could be! Erin & John read the room so well and quickly picked up on the different personalities of our guests and it felt like everyone was playing off of each other like they'd know each other for years. People are still talking about the party weeks later. Most in our group had never done anything like a murder mystery party before and I think they were genuinely surprised at just how much fun they had and how much they wanted to participate. I just can't say enough about how wonderful the evening was! You never quite know what you are going to get when you book entertainment online, sight unseen, but I was truly blown away. That was a birthday party that none of us will ever forget! Hard to top that one!!

Thank you so much, Angela! Your group was SO FANTASTIC! We're thrilled that you all had such a great time! We absolutely did too!

If I could give 6 stars I would!

We had such a great time, the team was amazing. So much fun, a night to remember.

Oh that is so kind of you, Christine! Boy was your group small but mighty! 😁 We loved your characters and had so much fun! Thank you for a great night and the stellar review!

Erin and John were great for my Wife's surprise 40th birthday party. Planning and coordinating with them was so easy. They really engaged my guests, from kids to adults, all had a great time. I would recommend them for anyone that wants something different, interactive, and super fun.

Thanks so much for the great review, James! Your party was fantastic! What a fun group of family and friends! We hope your wife had an awesome 40th!

In Cahoots was over the top!!!

Everyone had a great time and the pair was outstanding.

Thank you so much for having us at your event and for the 5-star review! We're so pleased you had a good time! Your suspects were great!

You Made our Holiday Party!

John & Erin were absolutely Fantastic! They really brought the charm and made our company's Holiday Party one to remember. Everyone commented how unique and hilarious they show was. The employees that participated as suspects loved every minute of it! I Highly recommend them for any event! John & Erin, you are amazing! :D

Thank you so much for the positive review, Ashley! We loved working with you and your participants! You all were fantastic and really got into it! We had an absolute blast and are so glad you all did too!

Hilarious and Entertaining for everyone!

We booked In Cahoots Event Entertainment for an employee party and it was GREAT. They did such an amazing job and will recommend them to anyone looking to book murder mysteries in the future!

We're so glad you had fun, Julie! Your group was an absolute blast to work with! Thanks for the review!

In Cahoots Event Entertainment will work with you to select the perfect entertainment to suit your needs. We provide various murder mystery themes to choose from (listed under "Set List"), but we're also always happy to tailor our performance (scenario theme, show length, number of actors, your guests' participation level, clean/dirty humor, etc.) to your requests. Just let us know and we'll make the show yours by embarrassing your good-natured ham of a boss or by making your favorite guest the star of the show. In addition to murder mystery actors, our troupe is full of talented singers, improv actors, public speakers, educators, and MCs, so we can also create a trivia game, game show, improv comedy show, or even team-building workshop for you. You can expect fun, interactive entertainment from our talented, professional, and flexible team. We've performed at restaurants, theaters, historic dinner trains, hotel conference rooms, country clubs, universities, and more. Although we are based in Lawrence, KS, we're willing to travel, and we're flexible on our fees.

Our talented actors are based in Lawrence, KS, but we've performed murder mysteries all over Kansas, Missouri, Nebraska, Oklahoma, and Iowa for almost a decade with hundreds of shows under our belt!

Who Killed The Gnat?
D-list superheroes are gathered at the Super Secret Second-Rate Superhero Squad Symposium, an emergency meeting to brainstorm ways to combine their meager efforts to take down criminal mastermind super-villain Dr. JerkNasty, when their tiniest-yet-mightiest ally, The Gnat has been found squashed! With Dr. JerkNasty headed their way with plans of destruction, they need to act fast to find the killer hiding among them before it's too late! Only the best and brightest super hero detectives can solve this one!

Tragedy at the North Pole: The Reindeer Incident
Rudolph D. Rednose, CEO of SantaCorp has been killed! Everyone is a suspect - even the big man himself. Find all the holiday-themed motives and have a great time playing Christmas Detective!

Love in the Ozarks
Billie Jo and Bobby Jo are finally getting married, but their families aren't happy about it. Each family has a special moonshine recipe, and if Billie and Bobby get hitched, the other family gets the secret of the hooch. What will the families do to prevent the wedding?

Tommy Guns & Cigarettes: Married to the Mob
When two rival gangs find themselves invited to the same wedding, fireworks are inevitable. Can love save the day, or will old rivalries prevail? Who will survive and who won't make it to the cutting of the cake?

The Billionaire's Banquet: Something's Fishy!
When a mysterious frozen fish empire billionaire is suddenly killed, his closest family, friends and business associates must work together to solve his murder - or his entire fortune will be donated to charity! They can't let that happen. Nobody is exactly who they seem, and everyone wants to catch a piece of his immense fortune! Don't let the killer off the hook!

The Haunting of Betsy von Bulow
A reclusive heiress has begun receiving an unwelcome visitor--a ghost! Or is it? When she suddenly dies, everyone around her becomes a suspect - her suitor, butler, driver, grocery shopper, tennis coach, and more!

Other possibilities (ask us for details!)

Jeepers Creepers! Jimmy's Been Blipped Off!
(A 1940's murder mystery)

Gag Me With a Spoon: Mall Murder Madness
(A 1980' Murder Mystery)

Others!
We have a wide variety of shows. If you're looking for something specific and you don't see it, just let us know!

We do not require any special equipment

We typically arrive a half hour early for your event