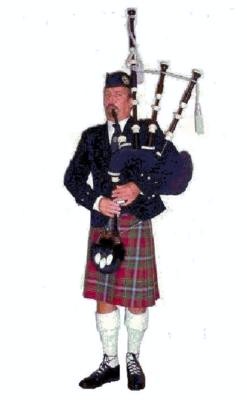 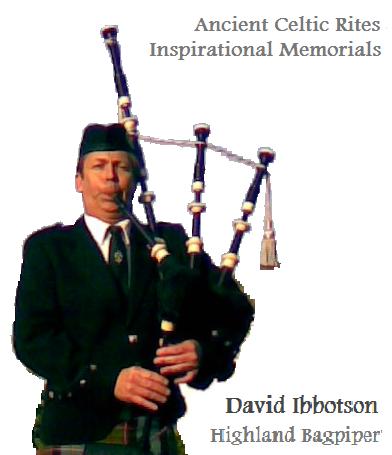 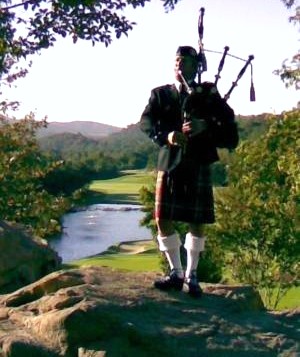 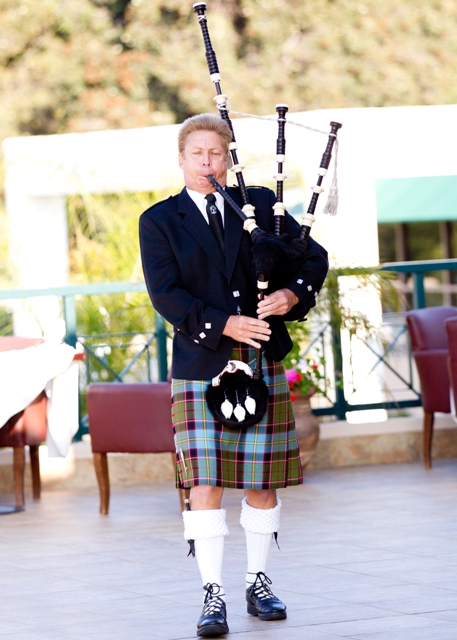 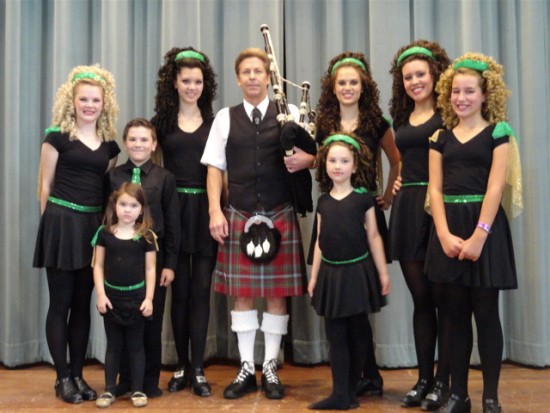 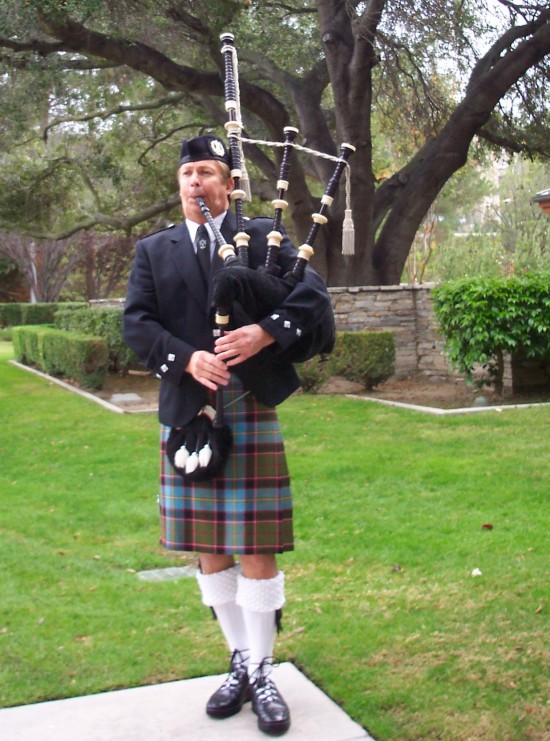 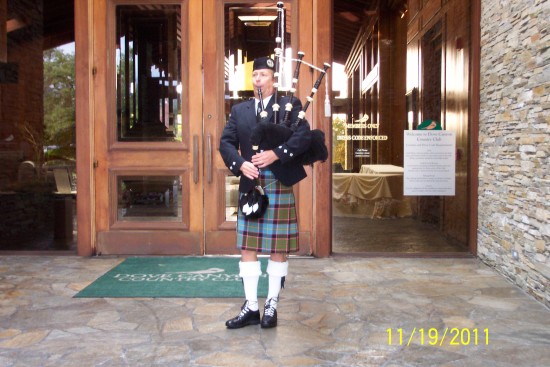 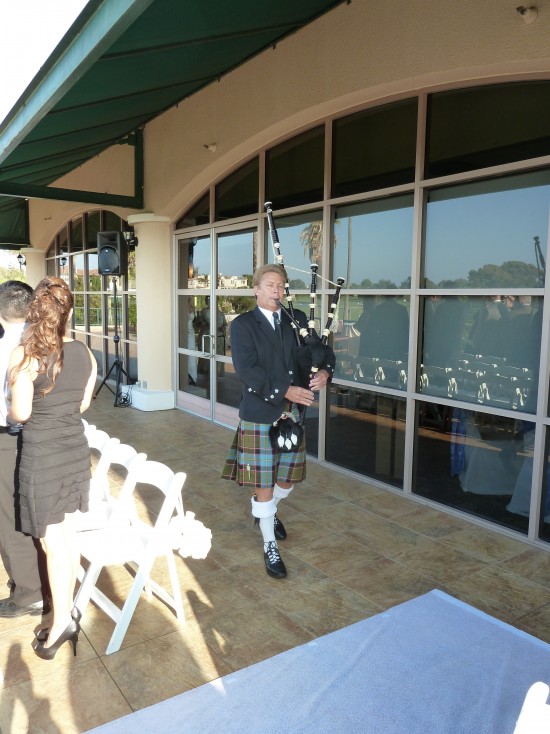 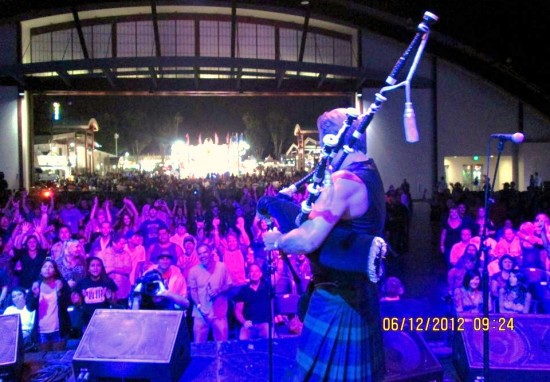 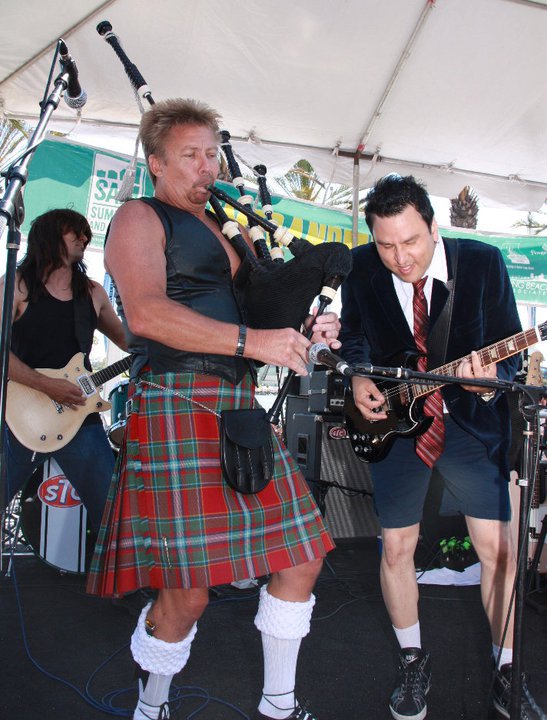 David provided a beautiful, moving addition to our small graveside service for my mom. We highly recommend him!

A wonderful addition to our wedding!

David arrived early (calming for the bride to know he was there), was friendly and courteous, and played great! We hired him to play the bride down the aisle, and then a recessional for the married couple and guests, leading them into the reception. Although we only had him for one hour, he had a great impact on our wedding and helped to make it even more special. I would definitely recommend him and if we have a Burns Night (post covid) we will rebook him for that! Photos forthcoming.

David performed at a wake we held for my mom, who passed at the ripe age of 93. Everything about the gig with David was terrific: communication before hand; he arrived early; his demeanor was warm and charming. David fit right in with our group, and even the family dog was a fan. And then David's bagpipe playing--terrific. He selected an appropriate range of songs in terms of the mood and tone of the occasion. We enjoyed hanging out with him a bit afterward too. Really wonderful!

David is an incredible bagpiper! He knew exactly what to play for my wedding ceremony. He was so easy to work with, professional, and on time! Thank you, David!

David arrived early, asked for our recommendations on what to play and wowed us with his abilities to make Scottish songs come to life. We will hire him again !

David is an absolute top shelf, first class performer. He is on time, dressed to the nines and ready to go. I hired him for my mothers 90th birthday party. Everyone in attendance adored him. My mother so much so that she said she wanted to keep him! His knowledge of Scottish bagpipe songs are impeccable. If you are looking for a bagpiper, look no further, David is your guy!!

Excellent musician. Arrived on time and was respectful, played beautifully and selected songs that brought us to tears. Many thanks to this fine bagpiper who added to my fathers send off to heaven. Highly recommended. A+

David did a great job! Thanks!

David was prompt, prepared and went the extra mile! Yes, he actually lead a parade of cars to our home playing the pipes...about 75 yards...never missed a beat.
Thank you David for making our Drive By Birthday Bash a HUGE SUCCESS!

David was a wonderful addition to my Mothers memorial service. He played songs we all knew, took requests and explained the bagpipes to our group. Everyone enjoyed his talent. Thank you David !!!

I highly recommend hiring Dave for any bagpiping needs.

Bagpiper for Celebration of life

Thank you so much for the referral. He was on time, made a grand entrance and played beautifully.

He did a beautiful job at my sons funeral.

On time, met all of our high expectations!

Lovely man and fine piping. Perfect for the event. A pleasure to start the day with Pipes by David. Bravo!

David’s performance added that special touch to my dad’s memorial service. He played 2 songs...one as everyone walked in (Amazing Grace), and a second at the end. It was beautiful! Thank you so much!

Unfortunate circumstances dictated that we would lay my father to rest with a committal service rather than the full funeral we had envisioned. To make the most of this simple rite, we hired David to play Dad's favorite Irish tunes. At the cemetery, David suggested some changes that greatly enhanced the service, making it even more touching.

David is a consummate, capable professional musician, doing his best to give you the event you want. He called me to streamline our planning, and turned up more than half an hour earlier in order to warm up and coordinate with the deacon and honor guard. I have no doubt that he would be equally helpful for happier occasions, and recommend him whole-heartedly.

Bagpiper for a Surprise 50th

David was very easy to communicate with, arrived early and graciously stayed and answered questions people had about playing the pipes. Would definitely hire him again.

Was perfect touch. Really cooperative in regards to timeframe. Also, he found US on his own and automatically knew what to do. For a very sad and emotional event, not having to worry about details was a welcome relief. Will Definitely use gigsalad.com again and hopefully it's available in NY

David was the perfect choice for our event. He arrived right on time, read the situation, and entered the party playing the pipes - instantly getting everyone's attention. He was very professional, and dressed to a kilted tee. Between sets he mingled with our guests, patiently answering questions about his lengthy career and about the bagpipes. On our invitation he joined us for dinner before heading out. We'd hire him again in a heartbeat!

David was a hit, friends thanked me for bringing David in. He was early, and even offered to play a few more songs! Great job David, thanks for a memorable day.

David was amazing. He was so impactful at my dad's memorial service. Everyone attending said he was so memorable. He came early so he could get a feel for the schedule and stayed till the end so that he could play Amazing Grace as everyone left the church. He also looked amazing. David's traditional attire was so impressive and he had an air of confidence that grabbed everyone's attention. I know my dad would have been proud to have David represent his family's tradition at his final event. Thank you David for your great service.

David was a pleasure to work with for our event this past weekend. David showed up promptly prior to the dedication and memorial service. Was flexibility to our needs and vary understanding. Thank you.

Funeral Service for my husband

We were so pleased with this piper; he was early, discreet and did exactly as we expected. He also helped me understand what the funeral would look like as it unfolded; I had no idea what to expect and he gave me a lot of details. I highly recommend this piper for military funerals.

Great presentation! On time...easy with instructions...great appearance and play. Would definitely use again! Thx!

David will show up on time, well dressed and ready to perform.

Great Bagpipers of the world