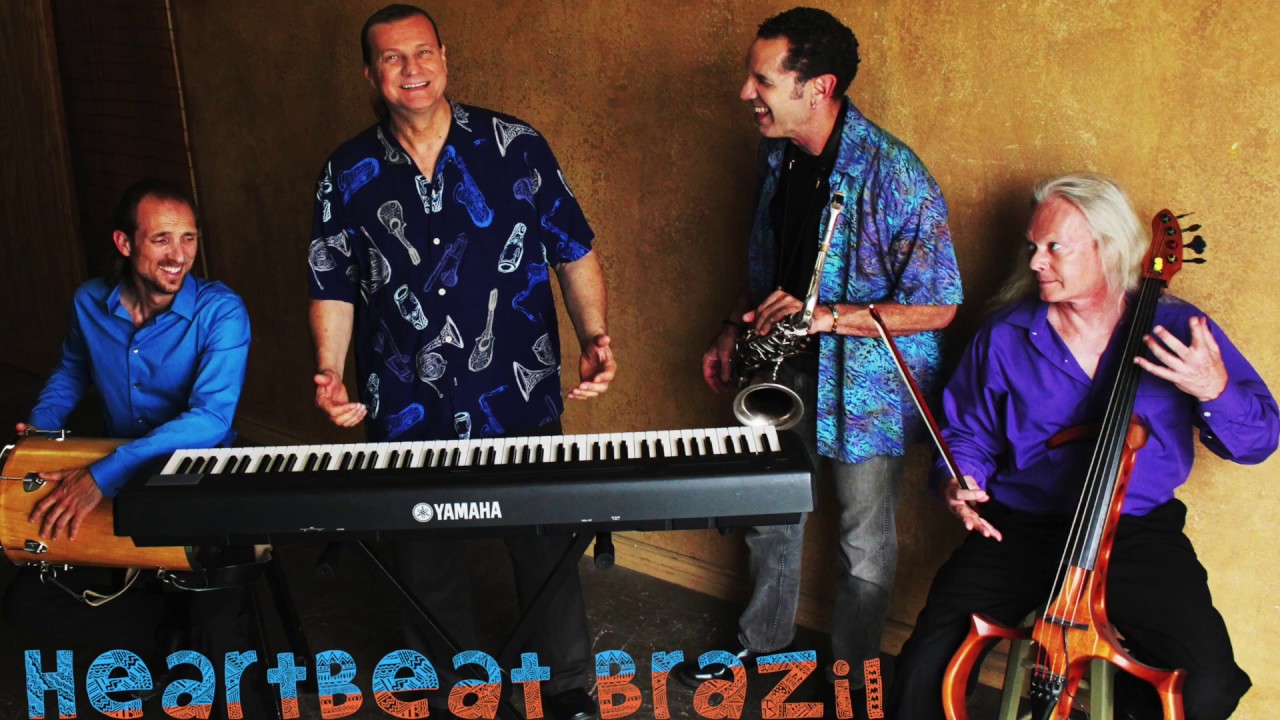 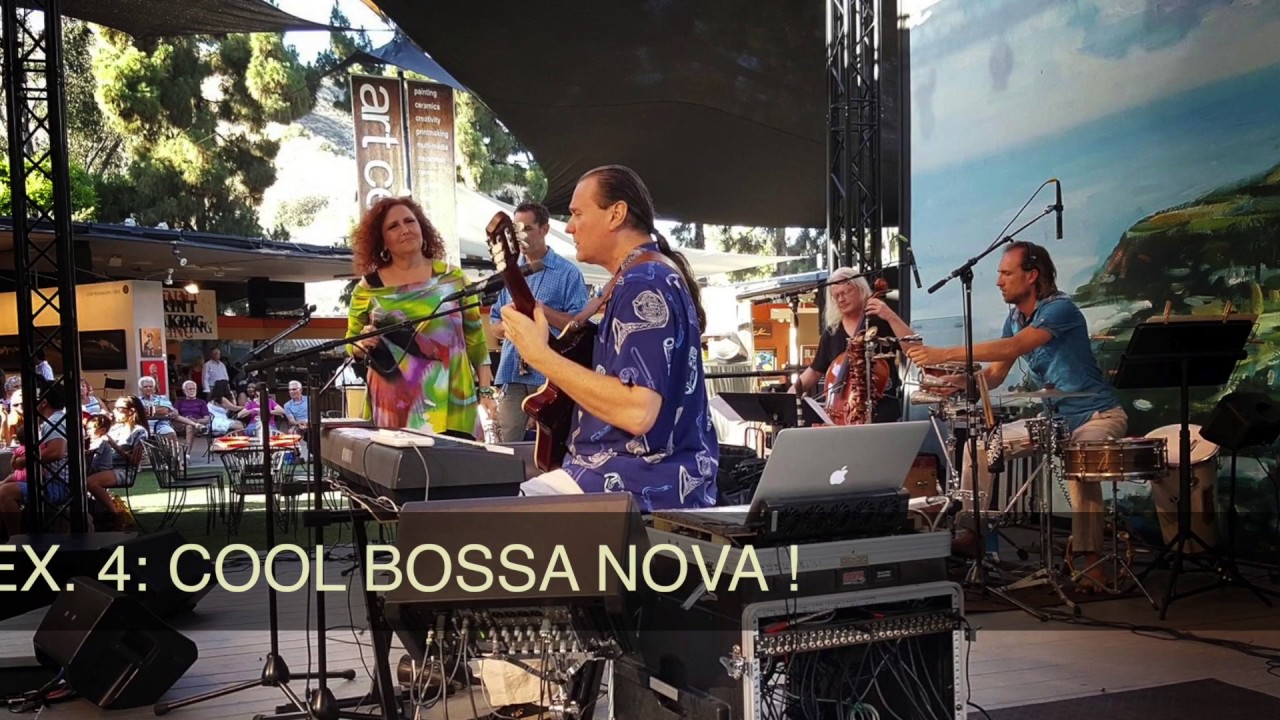 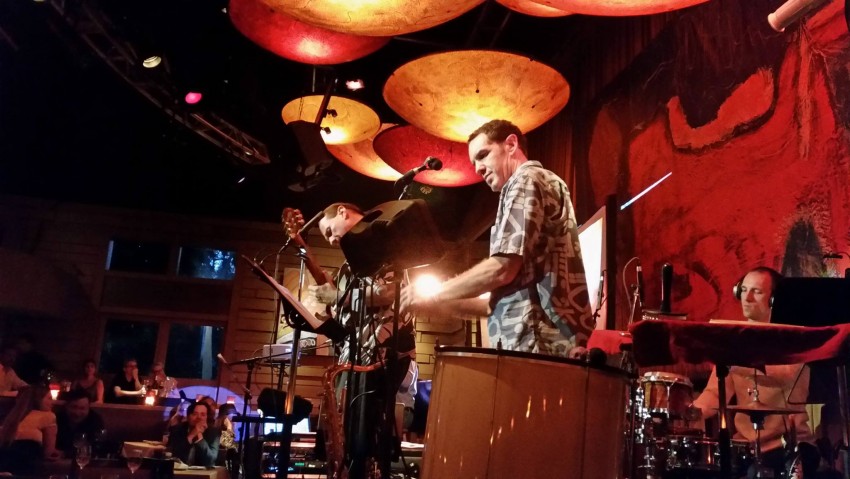 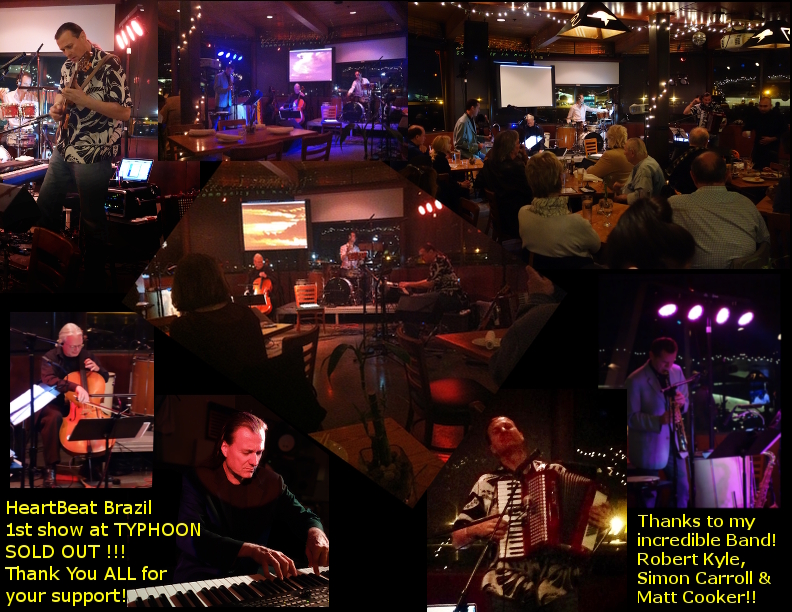 This the band in action at the legendary TYPHOON club in Santa Monica, CA 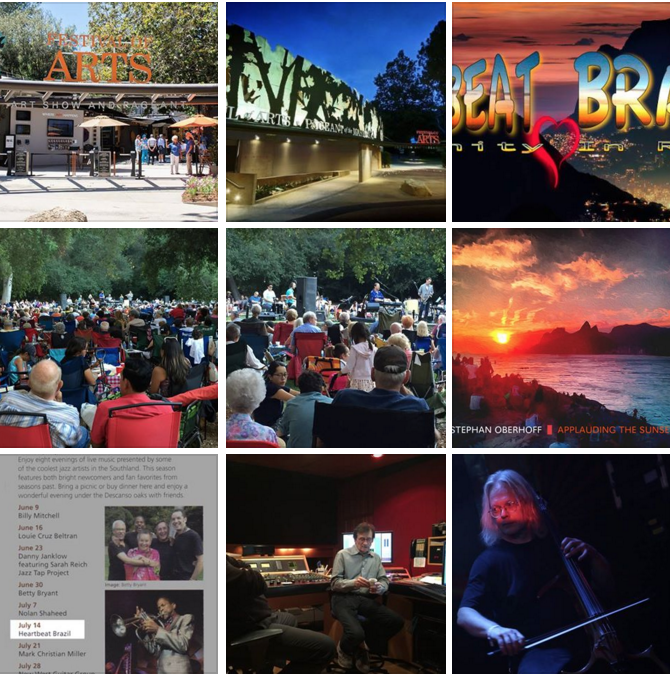 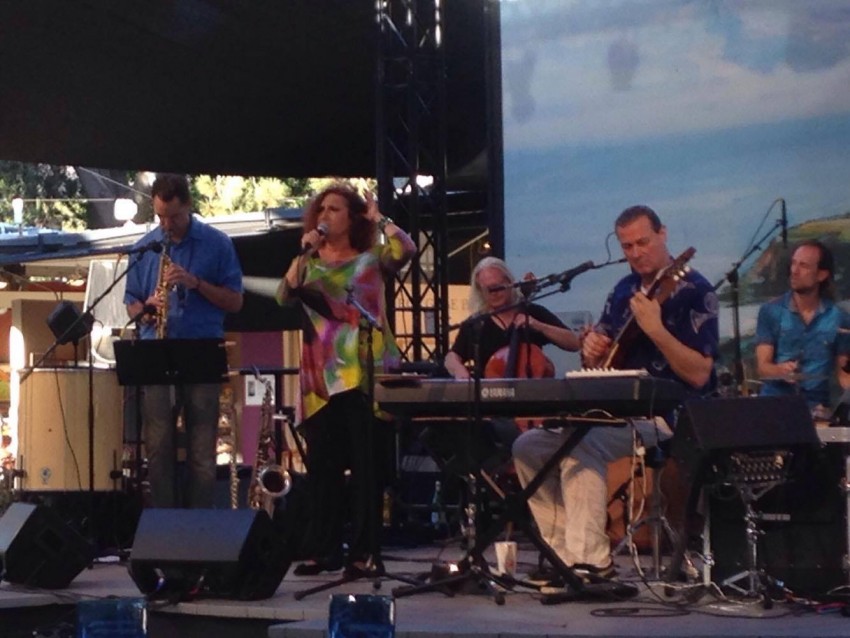 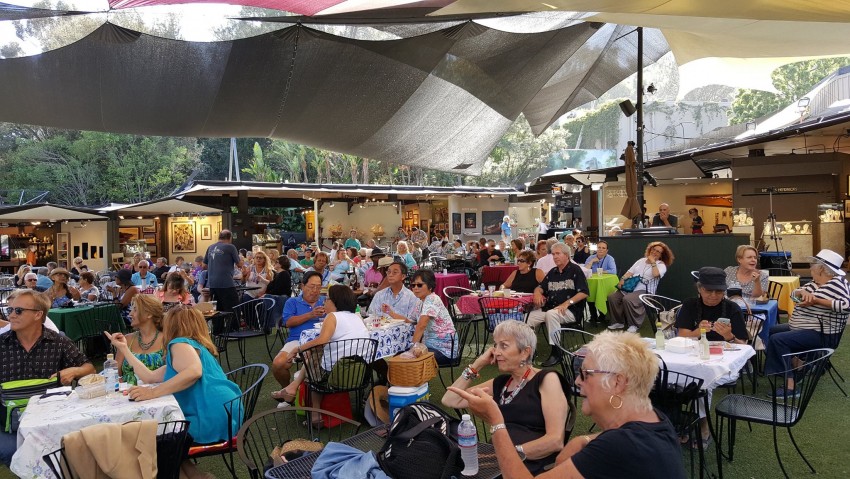 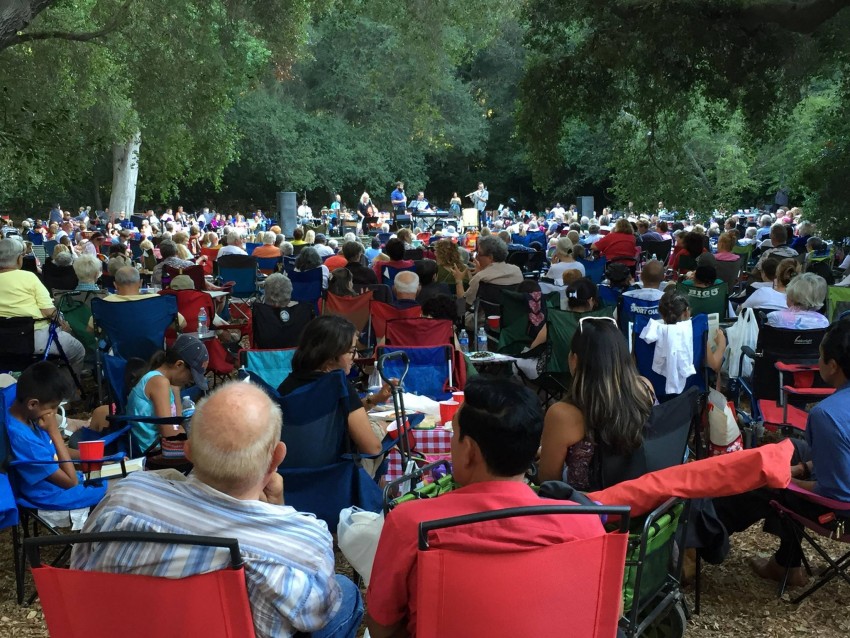 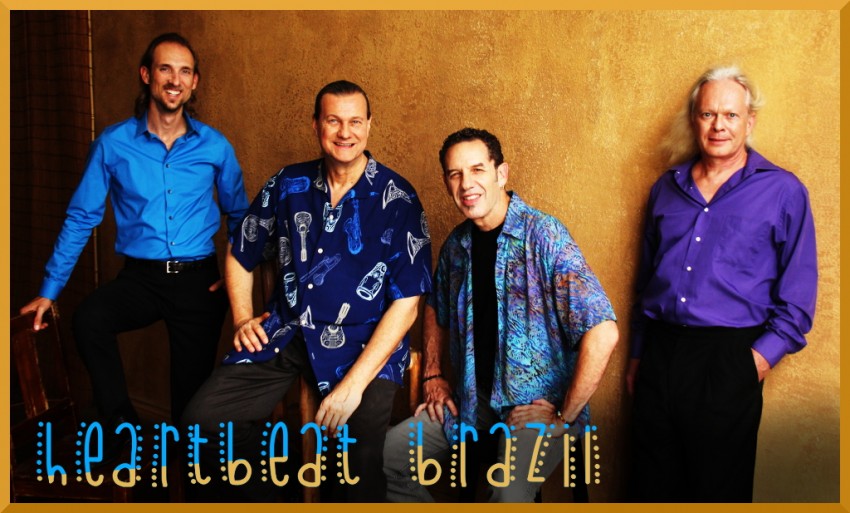 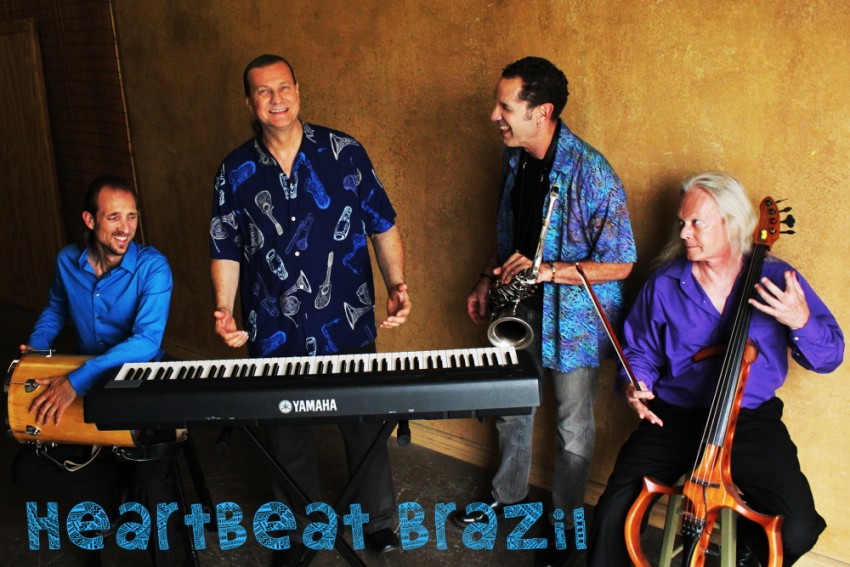 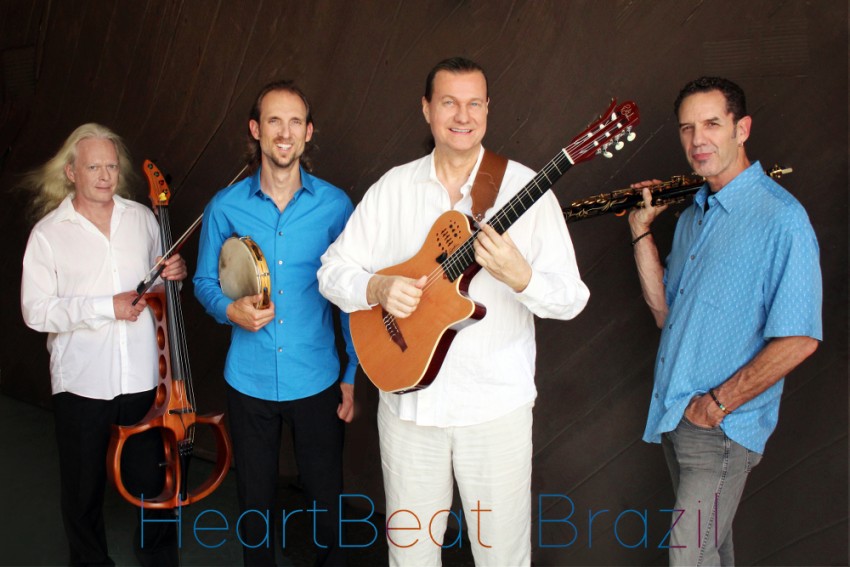 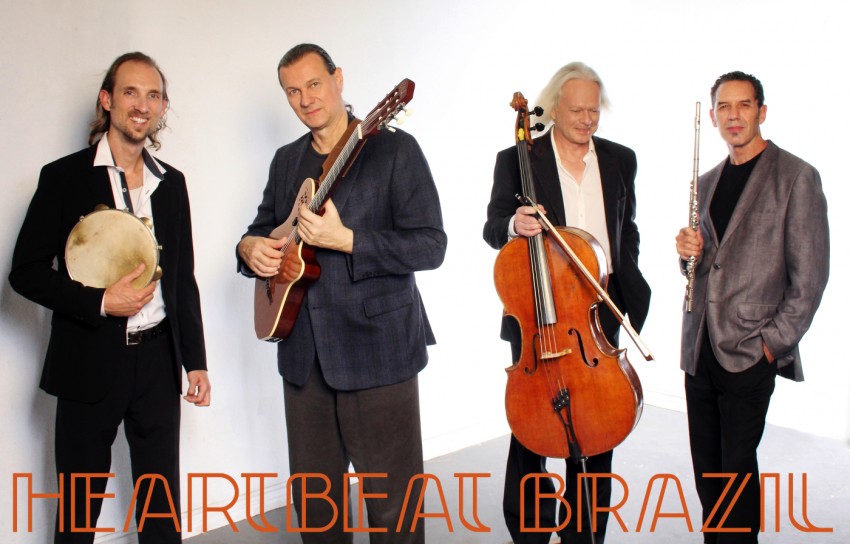 HEARTBEAT BRAZIL is a Full Immersion Brazilian Music Showcase featuring a stellar group of musicians who are trained in the traditions of Samba, Bossa Nova, Brazilian Jazz and Afro Brazilian rhythms - yet sound completely unique.

HEARTBEAT BRAZIL's presentation is an extraordinary, exciting event that captures the frenzy, energy and pulse of Brazil's streets and it's complex culture - with the strength and muscle of American music - masterfully blended together into a unique and accessible sound.

"To spend an evening in the presence of HEARTBEAT BRAZIL is to be magically transported to the center of Brazil’s musical soul." -- Cabaret legend Amanda McBroom

Be the first to review HeartBeat Brazil

HEARTBEAT BRAZIL: Following the motto, "Community in Rhythm," “HeartBeat Brazil” is an up-tempo, Brazilian extravaganza with an tasteful light and video show – bringing the streets and culture and rhythm of Brazil to America.

Featuring mostly original music in brazilian rhythm and harmony, as well as stunning covers by the great composers such as Ivan Lins and Caetano Veloso, “HeartBeat Brazil” has been often lauded for it's deeply immersive show experience.

“Heartbeat Brazil” had inaugural, sold-out shows at “Typhoon” in Santa Monica and at Vibrato Grill and Jazz (Herb Alpert's venue) with extraordinary reactions from audiences and venues.

Stephan’s decades of work and touring as musical director of music icons such as Melissa Manchester, Brenda Russell, Jeffrey Osborne (a small excerpt of an extensive list of music industry giants) and his more than 10 years of travel and studying in Brazil have culminated in the creation of HeartBeat Brazil. Stephan is working closely with Quincy Jones on a studio album for singer/ songwriter Jason Gould.

Simon is a classically trained musician at California State University of Northridge in Orchestral Percussion, Jazz, and Composition and also holds the position of timpanist for the Música Angélica Baroque Orchestra, which tours internationally with the opera The Giacomo Variations, starring John Malkovich.

Simon studied intensively throughout Brazil and Cuba and is the apprentice to the internationally renowned Brazilian percussionist Carlinhos Pandeiro de Ouro.

Master Cellist Matt Cooker holds Bachelors and Masters degrees from the University of Michigan, where he played in master classes of Rostropovich and Piatigorsky.

A tenured member of the Hollywood Bowl Orchestra, Matt has also played in international orchestras in Sacramento, Toledo, and the Teatro alla Scala in Milan, Italy.

His teaching credentials include U of M extensions, ISOMATA, the Henry Mancini Institute, and CalArts. Matt Cooker is a veteran recording artist who has worked on over 500 major motion pictures and recorded for Barbra Streisand, Paul McCartney, Christina Aguilera, Mariah Carey, Neil Diamond, and many others.