Heartache Tonight-A Tribute to the Eagles 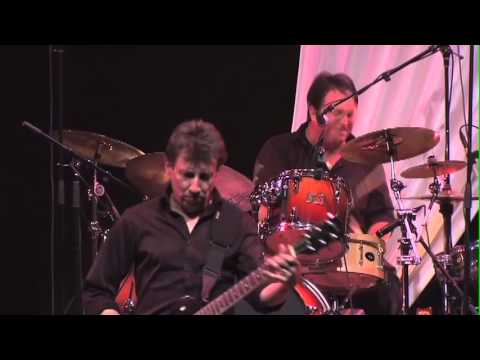 Live at the Raue 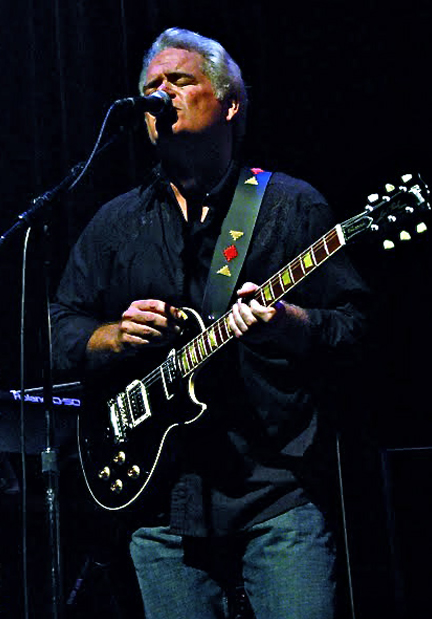 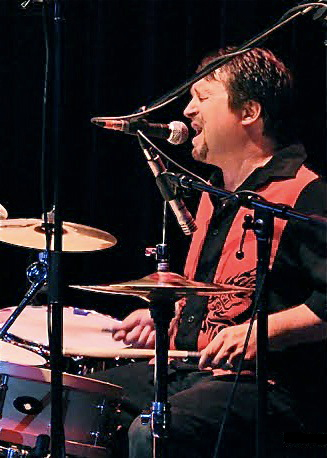 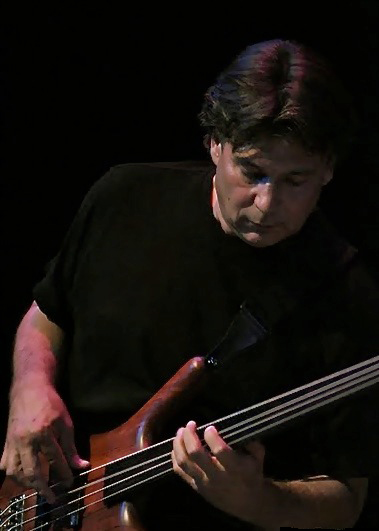 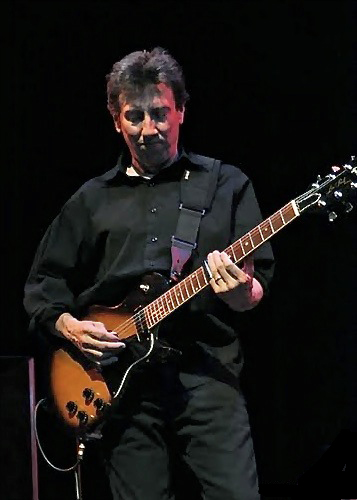 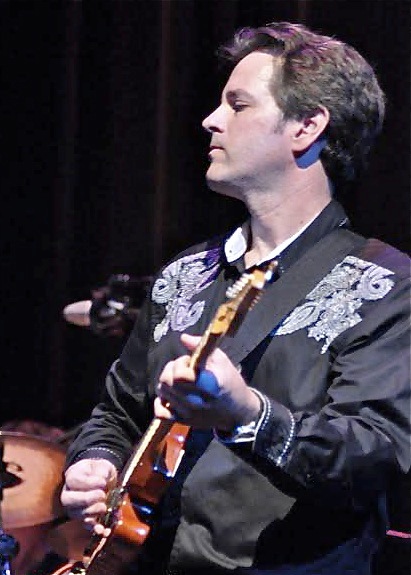 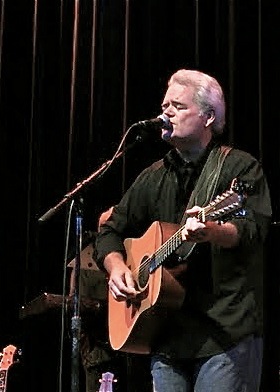 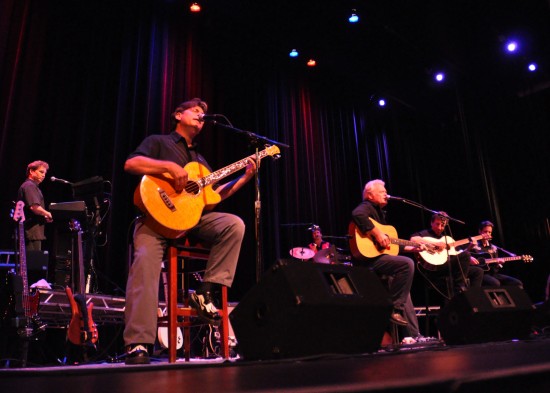 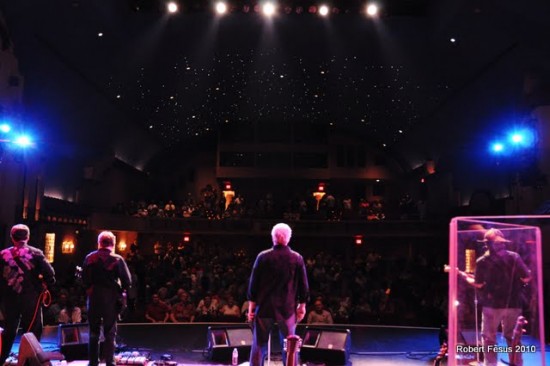 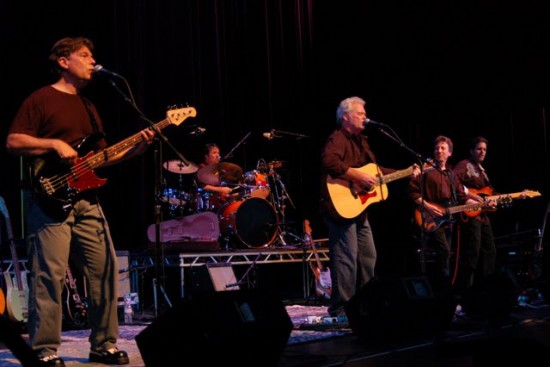 Heartache Tonight is without question the finest Eagles tribute in the country, performing all the Eagles' greatest hits plus solo hits like Joe Walsh's "Rocky Mountain Way," and Don Henley's "Dirty Laundry".

The band's five vocalists sing the Eagles signature harmonies note-for-note. The guitarists use a mix of vintage and modern equipment that allows them to replicate exactly all the authentic Eagles guitar tones so that each hit song sounds just the way it does on Classic radio today.

This band sounds awesome but they need some stage presence! They don't even try to engage the audience!

Hearthache Tonight performed on the steps of the Missouri Capitol for Jefferson City's Salute to America celebration. They put on a very entertaining concert and I would highly recommend them . They performed for 2 hours with no breaks! I hope they make it back to our area for another concert soon.

Kudos to this AMAZING tribute band!!!

As an Eagles fan most of my life, and someone who never had the pleasure of seeing them perform live, I can honestly say I felt like I was at an Eagles concert when I saw the fabulous tribute band, Heartache Tonight perform recently. These talented and professional musicians are a class act and so close to the "real" thing, it's eerie. I was truly transported in time, and mesmerized by the magic and memory of the music I have loved forever. My one complaint-the time flew by!! I would have listened all night long had the opportunity presented itself; that's how engaging and entertaining these guys are. Can't wait to see them again soon!!! Thanks guys for making the summer brighter...even when it's raining. :) You rock!

The performance of Heartache Tonight concert at the Woodstock Opera House was superb! The videos shown by You Tube on this site do not do justice to the sound quality of their performance. If you close your eyes you would think you were at an actual Eagles concert. The lead singer and the drummer have awesome voices! You'll be reliving the memories!! They even played longer than expected! Diane- McHenry, IL

This group is the greatest!! We have seen them in several locations, the latest was in Schaumburg last night. They actually sound better than the Eagles. Their blend of music is awesome. Bean is great, love the drums and his singing, but they all are wonderful. If you get the chance to see them GO!!!!!

WOW WOW WOW!!!!!!!!!!!!! THIS BAND IS SO INCREDIBLE! THEIR HARMONIES ARE AMAZING AND THE GUITARS // KEYBOARD // DRUMS WERE SO TOTALLY TOGETHER. YOU'D THINK YOU WERE ACTUALLY AT AN EAGLES CONCERT. THEY ADD FLAVOR AND FLAIR TO EVERY SONG. THEY ARE 'MUST SEE' !!!

Heartache Tonight-A Tribute to the Eagles is a true Eagles concert experience. The band delivers a show that is as close to the "real thing" as possible. Audiences will be blown away by the authentic sound and look of this show.

Together since 2007, Heartache Tonight-A Tribute to the Eagles brings together six veterans of the Chicago music scene. Mixing soaring harmony vocals and searing guitar playing they authentically capture the sound and the look of one of the greatest rock bands of all time, the Eagles.

Vocalist/Guitarist Tom Carey, the leader of Heartache Tonight handles most of the "Glenn Frey" songs. He has toured nationally, sharing stages with the Doobie Brothers, America, Charlie Daniels, Bad Company and Jimmy Buffett - among many others. His songwriting has drawn comparisons to John Hiatt and his soulful ballad Talkin' About Love received national radio airplay in 2001. Performing solo and with his band, he has recorded a pair of CD's, The Last Resort and Sugar Moon.

Vocalist/Drummer Chris "Bean" Weng brings the "Don Henley" voice to the band. He has been performing for audiences around the country for over 25 years & has worked with such acts as the Shadows of Knight (G.L.O.R.I.A.), JP and the Cats, and Ralph Covert. This has given him the opportunity to share the stage with rock and roll giants like Joe Cocker, Bret Michaels and Kansas. He is an accomplished vocalist and has sung the National Anthem at numerous sporting events. He is also in demand as a TV announcer and voice-over artist.

Vocalist/Bassist John Forrest has been a fixture on the Chicago music scene for years. He has added his melodic bass playing and soulful vocals to the Chicago Slim Blues Band, Alliota Haynes & Jerimiah, The Buckinghams, the Mighty Joe Young Blues Band, The Harvey Mandel Machine, the Vanessa Davis Band, Ouray, the Tom Carey Band, and Mr. Meyers. John was also in the original cast of Grease, The Musical.

Guitarist/vocalist Jim Altenbach has been a fixture on the Chicago music scene since the mid 80’s, doing session work and performing with a number of instrumental/prog-rock bands. Adding jazz and country elements to his eclectic playing over the last several years has further enhanced his already impressive versatility. Jim brings the Telecaster twang to Heartache Tonight as well as another voice on acoustic guitar, allowing the band to accurately reproduce the sounds of the Eagles' legendary three guitar line-up in tunes like "Hotel California" and "Life In The Fast Lane".

Veteran Chicago musician, Tom O'Brien, is best known for his guitar work with Chicagos Bad Examples and their kid friendly alter ego Ralph's World. He has toured nationally and internationally, and has extensive studio experience including session work for Disney Sound. Tom has worked with numerous bands both live and in studio on guitar, mandolin, fiddle, banjo and keyboards.

Keyboardist Chris Plasch is an avid Eagles fan and has been playing nationally for over 30 years. A lifelong musician, he studied classical music privately for 20 years, and got his first touring experience in country music in the early 90’s. He has several directing, recording, and arranging credits in his resume. Most recently he’s been a part of the Midwest music scene playing in various rock/country/R&B/Christian bands including Providence, Deluxe Edition, and Billy Croft & the 5-Alarm and has shared the stage with Toby Keith, The Mel Tillis Band, Jo Dee Messina, The Band Perry, among many other artists.