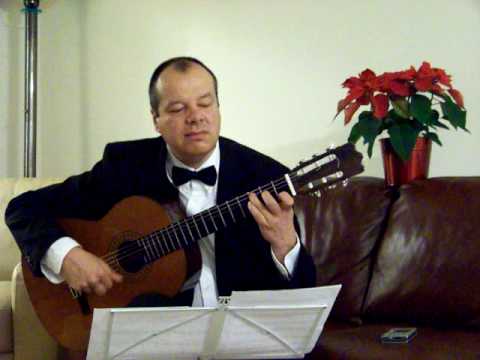 Air on a G string by (link hidden)ch 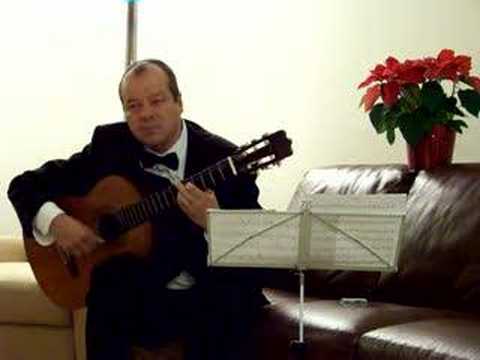 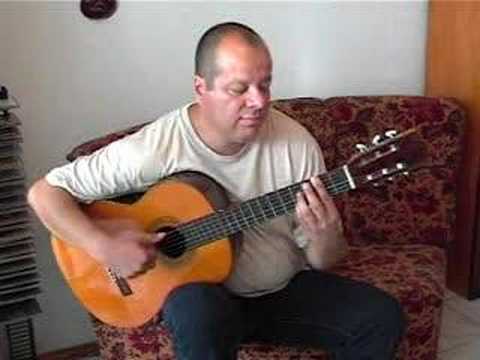 The Girl From Ipanema Nicolai Tanev 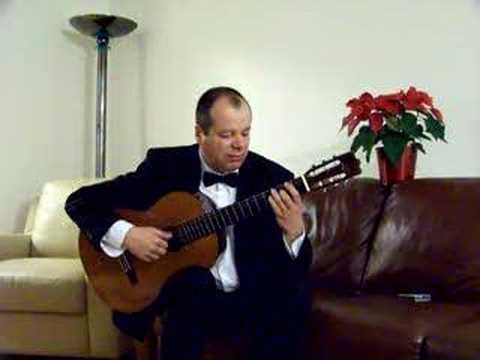 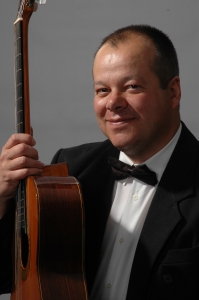 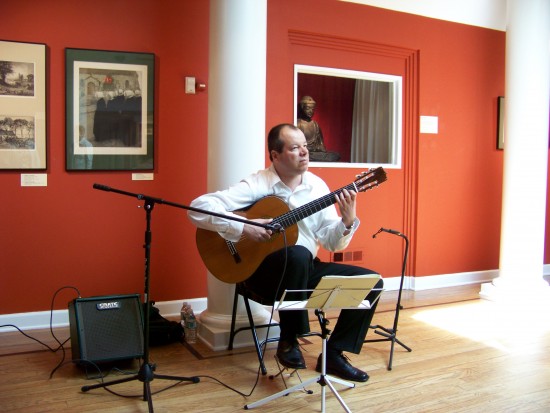 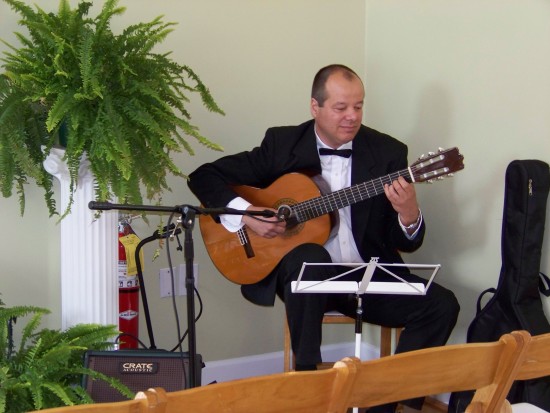 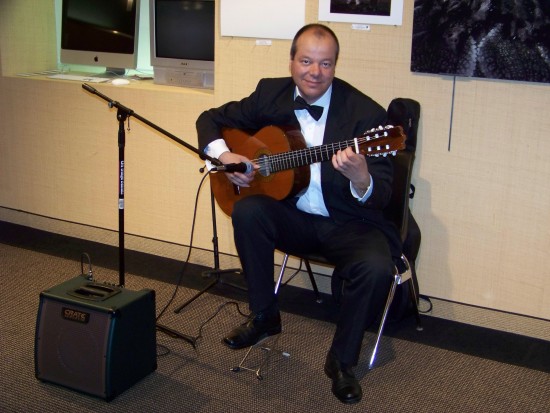 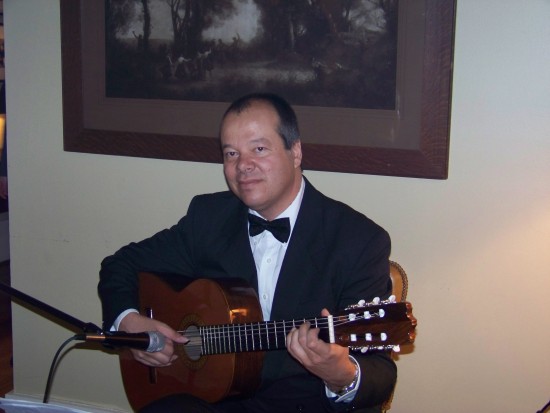 Nicolai Tanev at the Inn at Serenbe 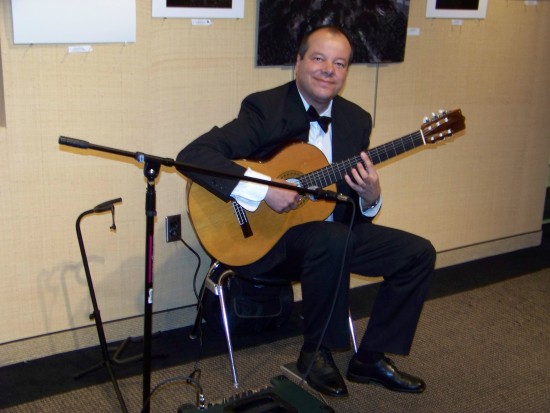 Nicolai Tanev performing at the Art Institute of Atlanta 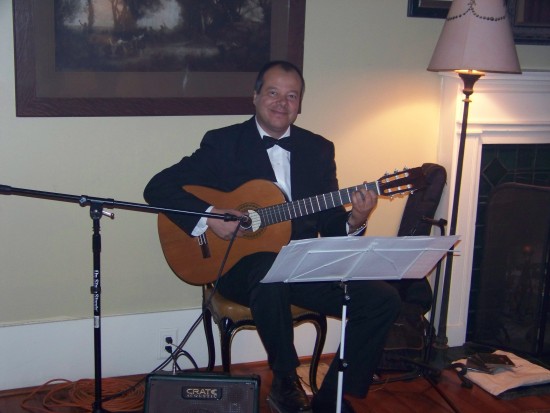 Nicolai Tanev performing for CNN at the Inn at Serenbe 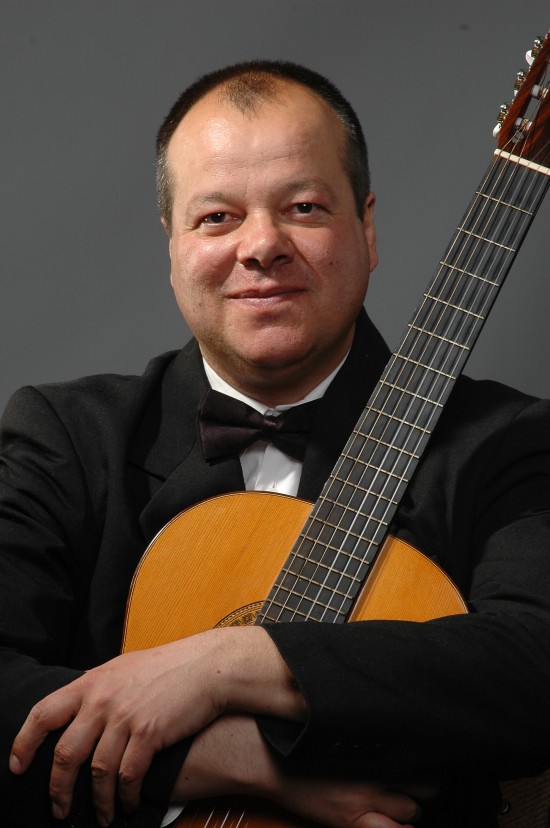 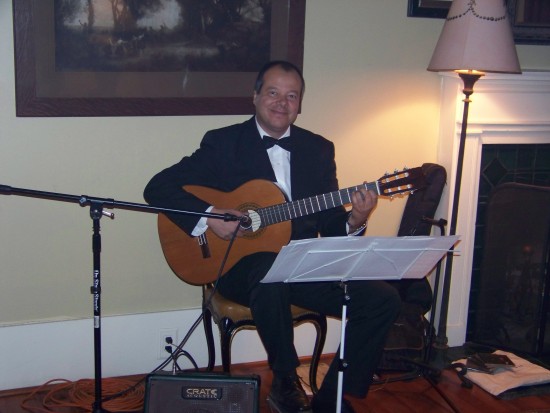 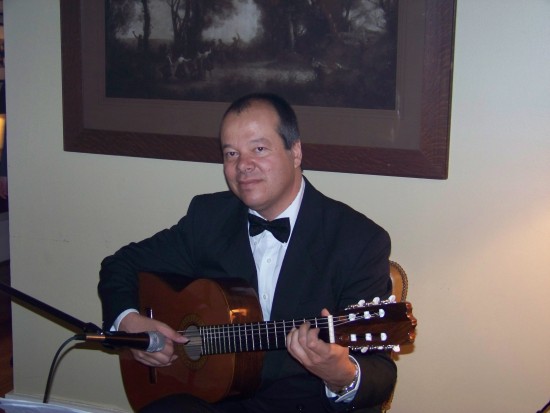 Classical, Flamenco and Jazz Standards instrumental guitar music for weddings,rehearsal dinners, clubs, restaurants, all kind of private and corporate events or acoustic blues with (link hidden)itar lessons available too- all styles and levels are welcome!

"Nicolai is very professional and easy to work with. Great communication! We hired him for our wedding ceremony and it was perfect. I would recommend to anyone who is looking for a classical guitarist. We had a wonderful experience!
Lauren, former client"

Exactly what we wanted

Nicolai Was on time (early Actually), and provided great music for the ceremony and cocktail hour.

Thank you, Mike.The pleasure was mine.

Nicolai added great ambience and class to our 7 year Anniversary event for our business! Lovely music and very professional!!

Nicolai was great! He really made our event stand out. Very professional, on time, and he was a good player to boot.

I was just married to the woman of my dreams on a perfect day in October. Nicolai made the ceremony even more surreal. He was on time, so attentive and kind. He played basically all the songs requested and didn't flinch when we were running behind. He set the mood for our most special day. I can't thank him enough.

Nicolai is a true professional and an exceptional artist. We all enjoyed his music and found him to be very easy to work with! I highly recommend him for any event!

This is the second year in a row that Nicolai has performed at our holiday party. He is an excellent musician and I highly recommend him.

Nicolai is a consummate professional, and he really helped set the mood for our wedding. His musical expertise is top notch, and his guitar playing during the our wedding processional and recessional really brought together the great emotions for our wedding day. Do not think twice - hire Nicolai for your wedding - you will very glad that you did! Thank you, Nicolai, for making our wedding so special - Madeleine and Nathaniel

A wonderful and accomplished artist.

I invited Maestro Tanev to play at a birthday dinner for my wife.
He is masterful, very, very professional, and a wonderful artist.
His selection of music to play, and his absolute mastery in playing it were a ;highlight of the evening.

Nicolai Tanev has been Guitarist-in-Resdience at the Oglethorpe University Museum of Art in Atlanta for four years. He has been giving four concerts a year which he included a wide range of composers from Bach, Brahms to Brazilian to his own composiitions. He has always been well received and I can highly recommend him. He is very easy to work with and very flexible.

Hired Nicolai to perform at our Christmas Talent show for the kids. We wanted to expose them to some music that they normally would not have been exposed to. He was on time and very professional. I would definitely recommend Nicolai for laid back ambiance music such as weddings and similar events.

Nicolai provided music for the ceremony and cocktail time for an outdoor wedding at the Atlanta Botanical Garden for a client of mine. (I am a wedding planner). He is an accomplished professional, both in terms of his musicality and his communication/dealing with clients. He arrived on time and performed flawlessly. I recommend him without hesitation.

Nicolai is very professional and easy to work with. Great communication! We hired him for our wedding ceremony and it was perfect. I would recommend to anyone who is looking for a classical guitarist. We had a wonderful experience!

Nicolai Tanev have been playing guitar since he was (link hidden) 1990 the Bulgarian Ministry of Culture issued Mr.Tanev certificate which gives him the right to perform as a stage artist and in 1995 he got his certificate for guitar teacher.He' s been teaching and playing many clubs and restaurants in Sofia for many years.

In 2007 he was given the status of Alien of Extraordinary Ability and has moved to Atlanta, GA, where he became one of the most sought-after wedding and party (link hidden)e same year Mr. Tanev's composition "Sofia Blues" won the Runner-Up Award of IAMA ( International Acoustic Music Awards) in Florida, U.S.A.

Mr. Tanev have been teaching guitar at Draisen-Edwards Music School in Marietta, GA for 2 years and a half.

He was also the guitarist in residence for the Oglethorpe University Museum of Art in Atlanta, GA for about 5 years and keeps on working regularly with UGA Gwinnett Campus providing live music for their Coffee & Culture regular event.
He speaks English, French,Russian and Bulgarian.

Amplification provided by me.

This is a non-exhaustive list of wedding songs most requested by former clients:
However, every song you might request will be arranged for classical guitar and played as long as it sounds good on guitar solo.

Nothing but an armless chair