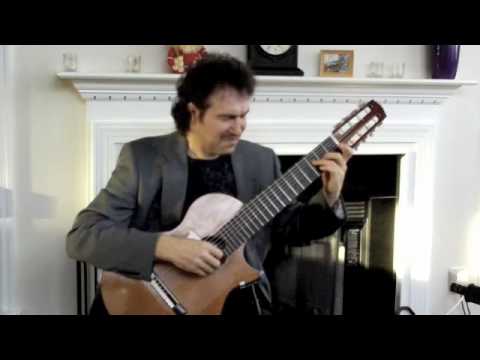 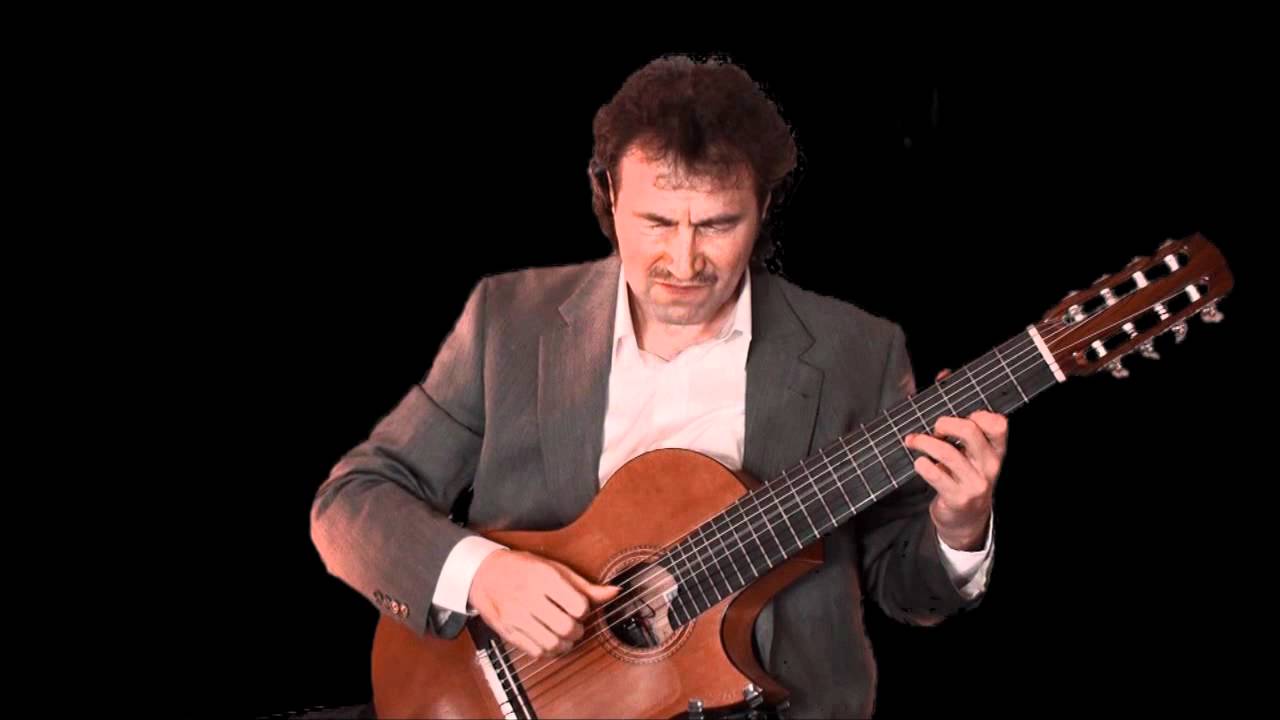 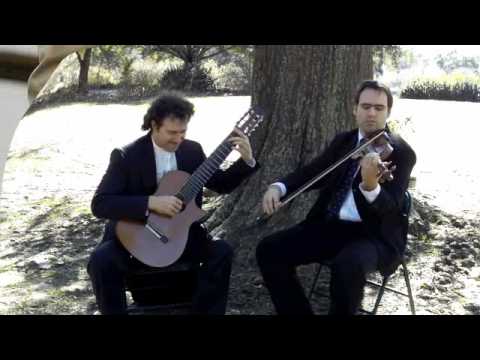 "Canon in D" duo with violin 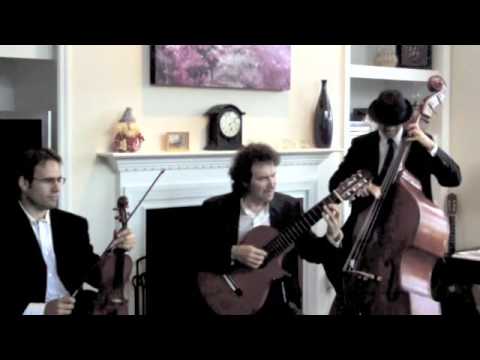 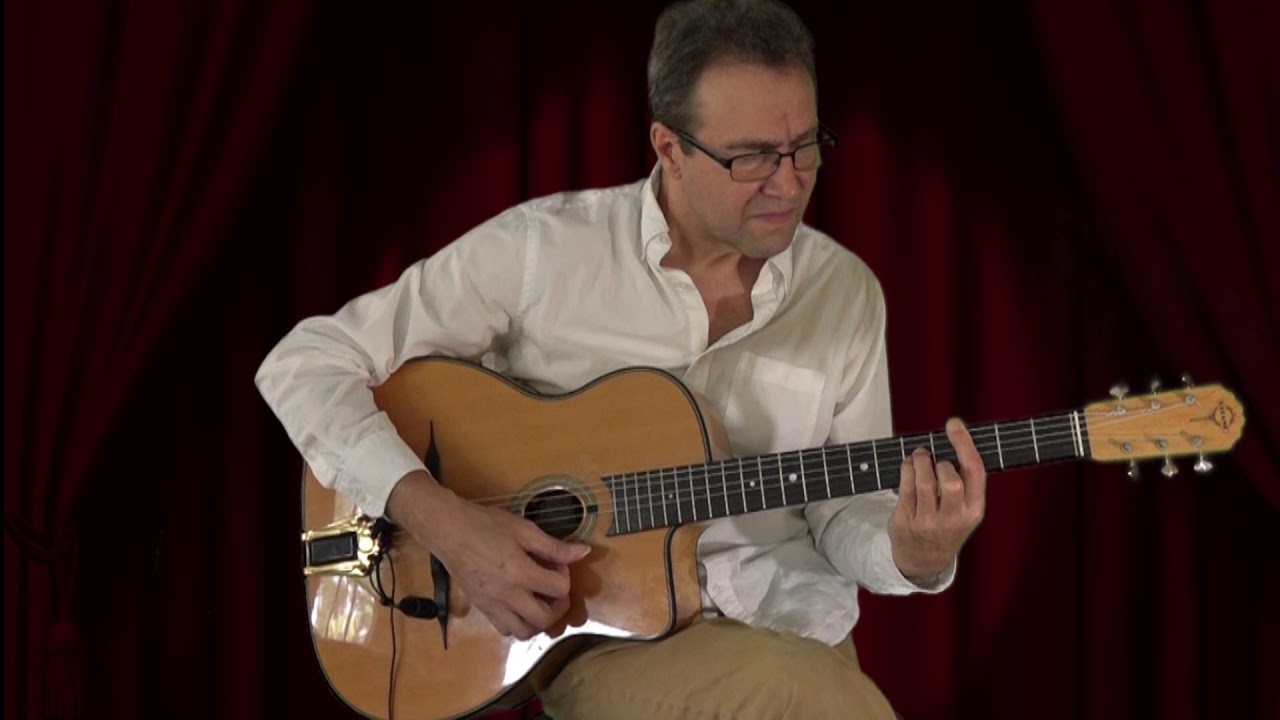 "If I Had You" Nikolai Svishev jazz trio 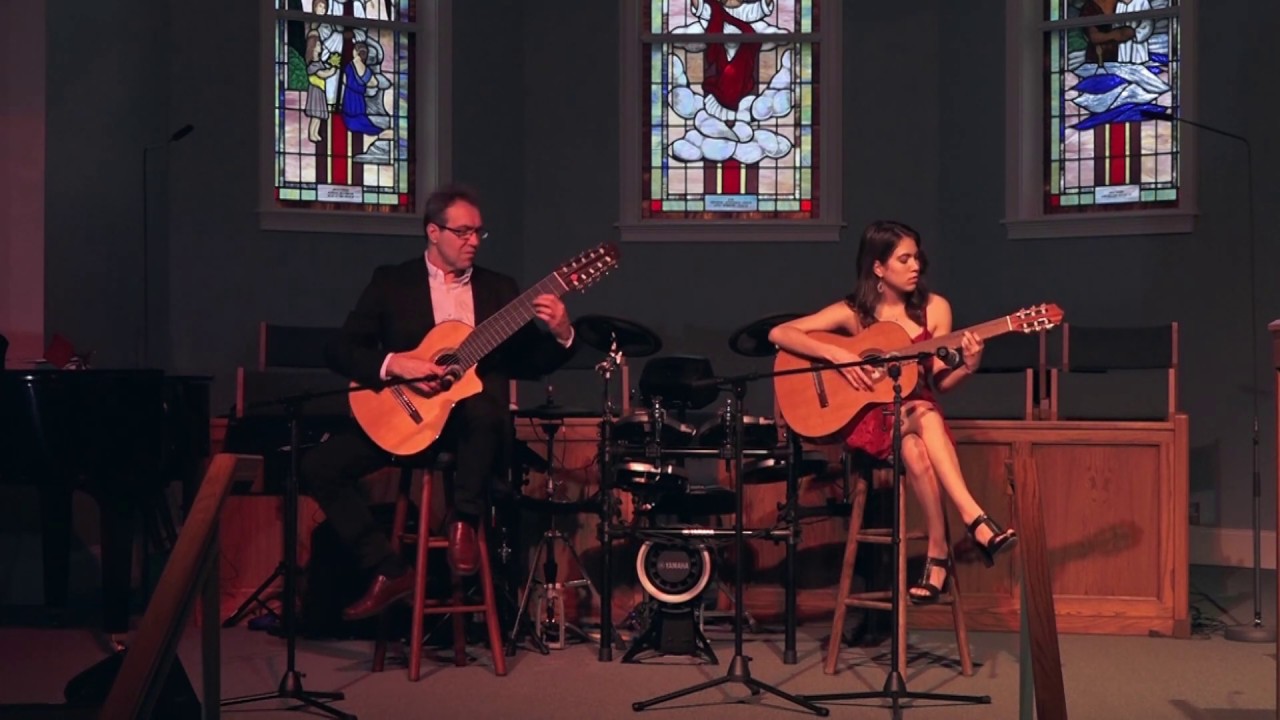 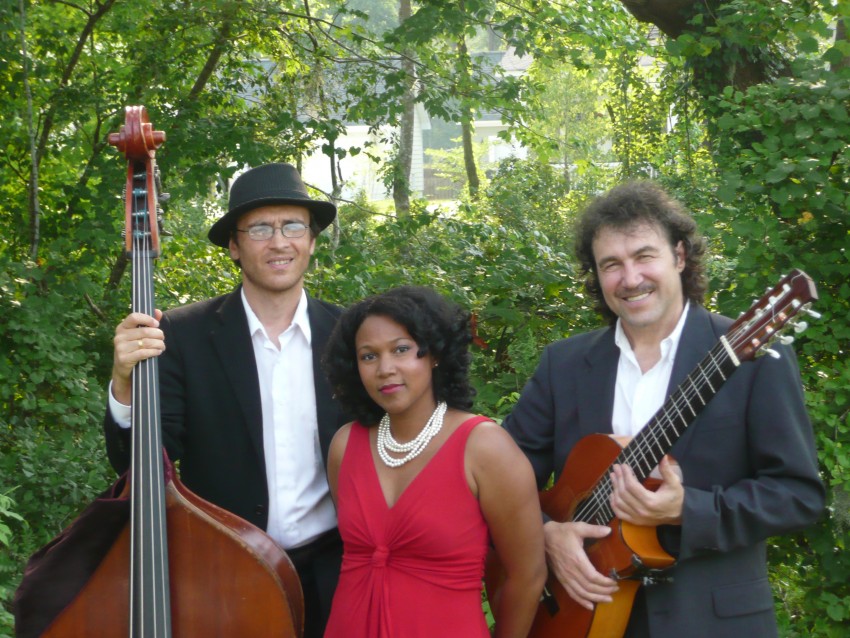 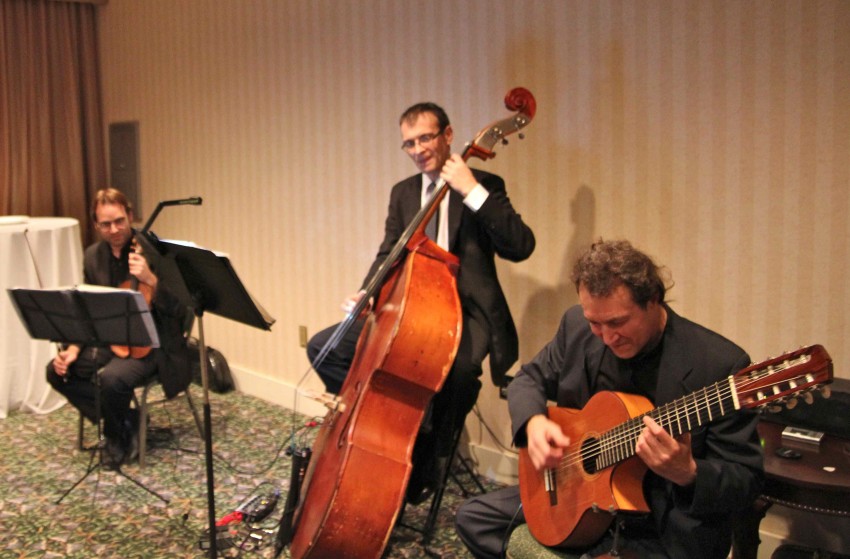 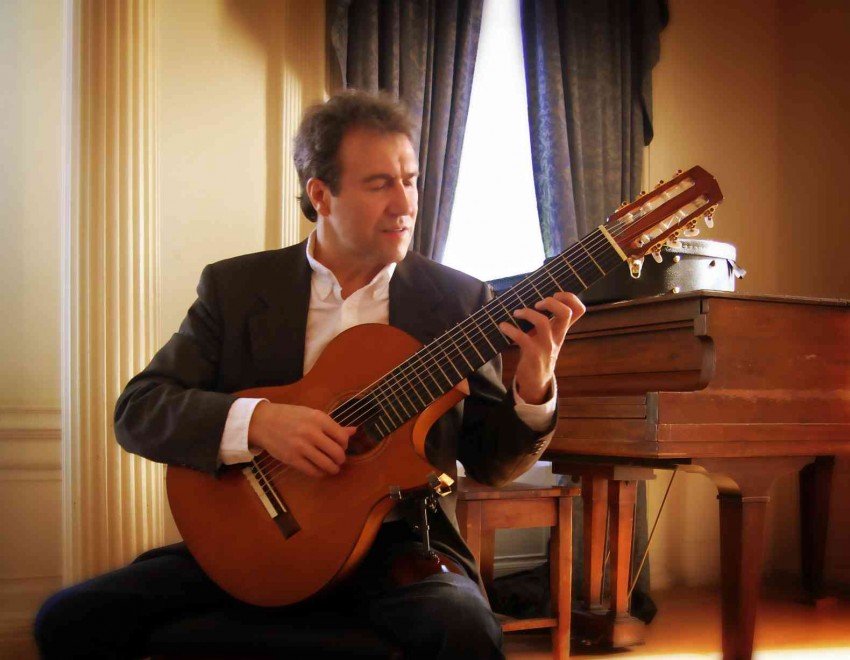 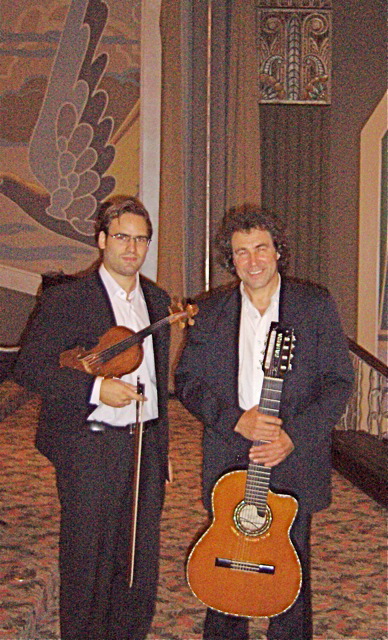 Great communication, he arrived early and made the event absolutely perfect! They are very talented, professional and polite. I could not have imagined a better experience!

Nikolai is a gifted musician. He was prompt to our event and extremely professional. I would definitely hire him again! Our guest loved him!

Nick is a true professional. On time and with a great performance, I will use him again when the need arises.

One of the BEST!

Incredible! I would highly recommend Nikolia to anyone who is looking for a Spanish Guitarist. He was fantastic!!!

Thank you April! Enjoyed playing for you guys!

Nikolai is a very talented guitarist and was the perfect fit for our sit down wedding dinner. He was so polite! Everyone enjoyed his music. I would recommend him to anyone!

Perfect Performance of Wedding Music by a Special Musician

Nikolai was contracted to play at my daughter's wedding on short notice due to miscommunication with the Wedding band we hired for thousands of dollars - over a year ago - being unwilling or unable to provide accustic coverage for the ceremony and cocktail hour, and/or to monitor an ipad/ipod play list and provide a wireless microphone for the ceremony after promising to do so and providing for those services in their contract. We made the decision to substitute live music at only half again as much as the cost they wanted in addition to the price we already paid them.

Nikolai literally saved the day! He was immediately on top of every aspect of our needs, suggested magnificent classical music selections which were the perfect accompaniment to the ceremony. He worked collaboratively with me: the Mother of the Bride, the couple and our wedding planner to insure nothing was missed, including securing insurance coverage as required for the venue in short order.

Day of, his timing was flawless, the music provided the perfect ambience, from seating of guests, through the processional, the entrance of the bride, special aspects of the ceremony particular to a traditional Jewish wedding, with which he was knowledgeable and enhanced immeasurably, including the joyful recessional through cocktails, before we moved to the reception and the rock and roll! The volume of the music was adjusted at just the right moments to hear the Rabbi (on the wireless microphone he provided at no charge as an extra kindness. The violin accompanist he provided to compliment his classical guitar offerings was very competent and they played as though they do it every day, even though she's from Savannah and he's from S. Carolina! Their collaboration provided enrichment of the event in every respect and was seamless - start to finish - including their moving where they were performing from ceremony to cocktails - without skipping a beat :-).

I cannot say enough about what a kind and engaging man he is - You will not be disappointed if you hire Nik for any performance in any venue. He is the consummate professional, the music was flawless. He put his heart and soul into the musical offerings to share the love and do his part to make it a memorable day for all our guests and the wedding of my daughter's dreams!

Mr. Svishev was an excellent selection for our grand opening corporate event. He was very professional by showing up early and had a wonderful selection of music to keep everything happy and upbeat.

Thank you Sean!
Enjoyed playing for your event!

I did not get the chance to tell them in person but they were fabulous, professional, absolutely perfect for our daughters wedding!

Wonderful experience! Nikolai provided exactly what I asked for for our coporate event. exceptional guitarist. will definitaly hire again. Kudos to Nikolai!! Very courteous and in tuned with the intended audience. Exceptional performance.

Nikolai is a talented musician & was very gracious. He provided fabulous background music for our Rehearsal / Welcome Dinner for our 70 guests. Thank you for helping make this a beautiful evening!!!

Thank you for your kind words! Enjoyed playing for your event!
Warmest regards!
Nikolai

Loved having Nikolai play at my ceremony!

Thank you Jessica!
Enjoyed playing for you guys!

Nikolai provided a relaxing and warm background. Thank you.

Nikolai and his partner played wonderfully at the wedding ceremony and cocktail hour. I’d highly recommend contacting him and would definitely consider hiring him again if there ever came a need.

Nikolai was amazing to work with for our wedding ceremony. He was very knowledgeable on what we needed for our big day and very well priced. On our wedding day, he set up and broke down quickly, efficiently, and discretely. My husband and I greatly appreciated his services and would work with him again.

I booked Nikolai's duo for my wedding ceremony and reception. Before the event, he was easy to communicate with about song selection and logistics. The music was fantastic (both the selection and performance) and everything went very smoothly. I highly recommend Nikolai!

Nikolai was a true find! He was very professional, easy to work with, and was exactly what I was looking for as a background performer for a holiday celebratory party.

Thank you Dianne! Enjoyed playing for your event!

We used Nikolai for our wedding at the battery and it was a stellar addition to our big day. Having him play alone was perfect for our small, intimate gathering! We got so many compliments and his repertoire appeals to anyone and everyone's taste. I strongly recommend him of you want a class act for your event!

Thank you very much for your kind words!

Nikolai's beautiful talent with the guitar made my wedding day even better. He played a wonderful selection of Brazilian and gypsy jazz numbers that went well for the cocktail hour. He's such a professional and a pleasure to work with.