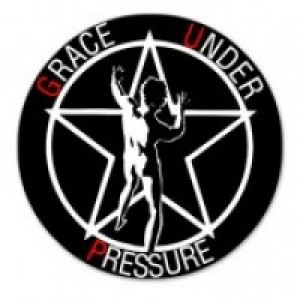 GRACE UNDER PRESSURE is the premiere Rush tribute band for the New York and New Jersey areas!

Be the first to review Grace Under Pressure

GRACE UNDER PRESSURE is the premiere Rush tribute band for the New York and New Jersey areas!

Joe Scarangella (Bass / Vocals) is the newest member of the band, joining from the recently departed Rush tribute Power Windows. He brings over 10 years of Rush tribute band experience. Joe is an extremely active musician playing in multiple original projects with some of the industry's most famous musicians.

Band members Jesse (Drums) and Geoffrey (Guitar) Robbins come from an experienced musical background and multi-talented family of artists / musicians. Geoffrey studied classical guitar from the age of 10 and went on to study at the famed SUNY Purchase college of music. Jesse studied classical piano from the age of 10 and began his drum studies at the age of 15 with the world reknowned drummer and instructor Joe Bergamini (also of Power Windows fame). Both Jesse and Geoffrey are very active in other cover / original projects.

Rob Benny (Keyboards) is a diverse, multi-talented keyboardist / song-writer who strives currently to mimic as best the variety and range of keyboard work in Rush music.

Don't forget to check out our calendar for when we'll be in your area. Sign up on our mailing list as well to get schedule updates and exclusive updates!

Hope to see you at the next show!