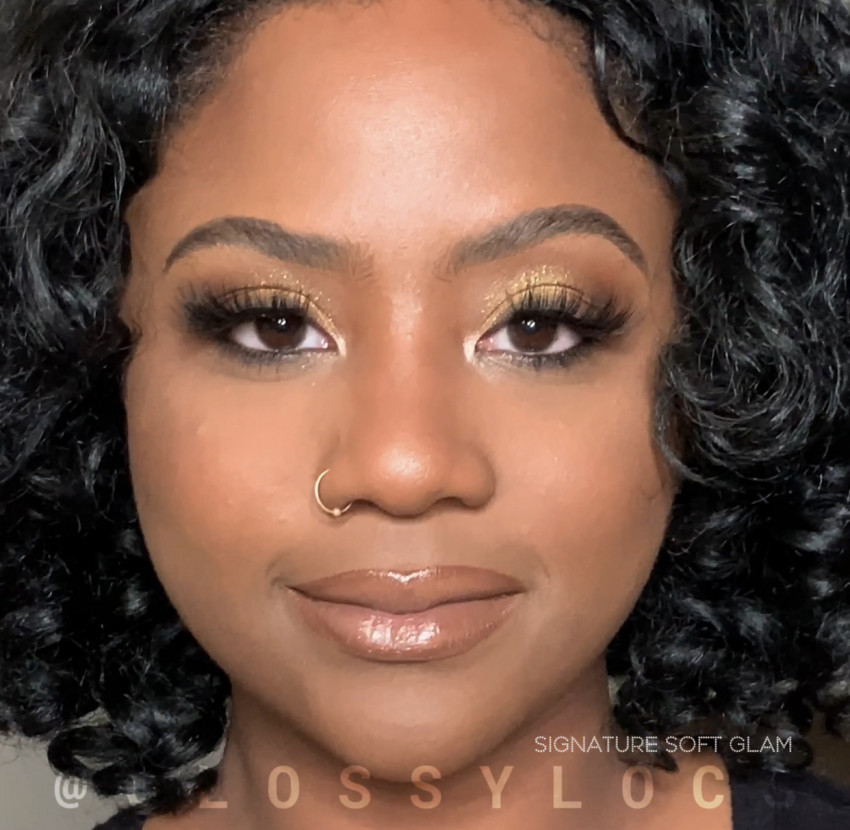 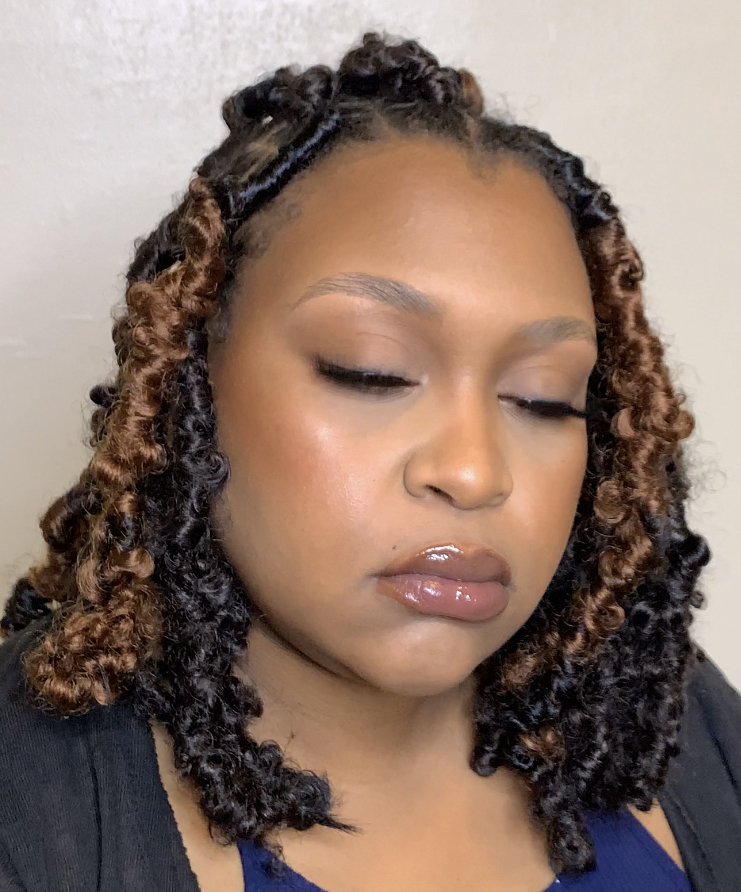 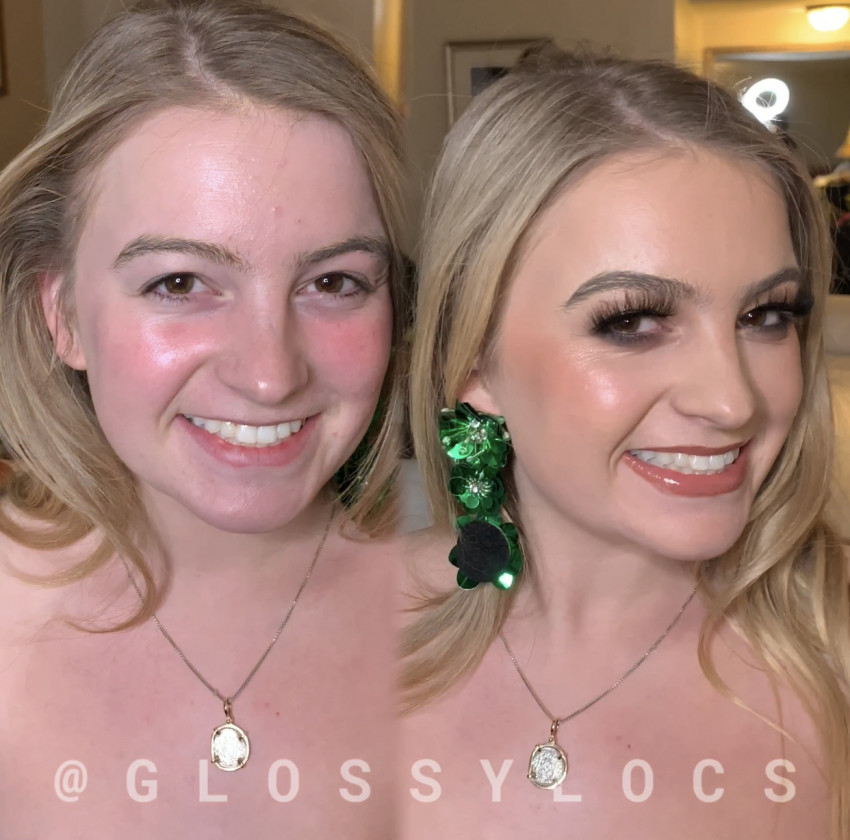 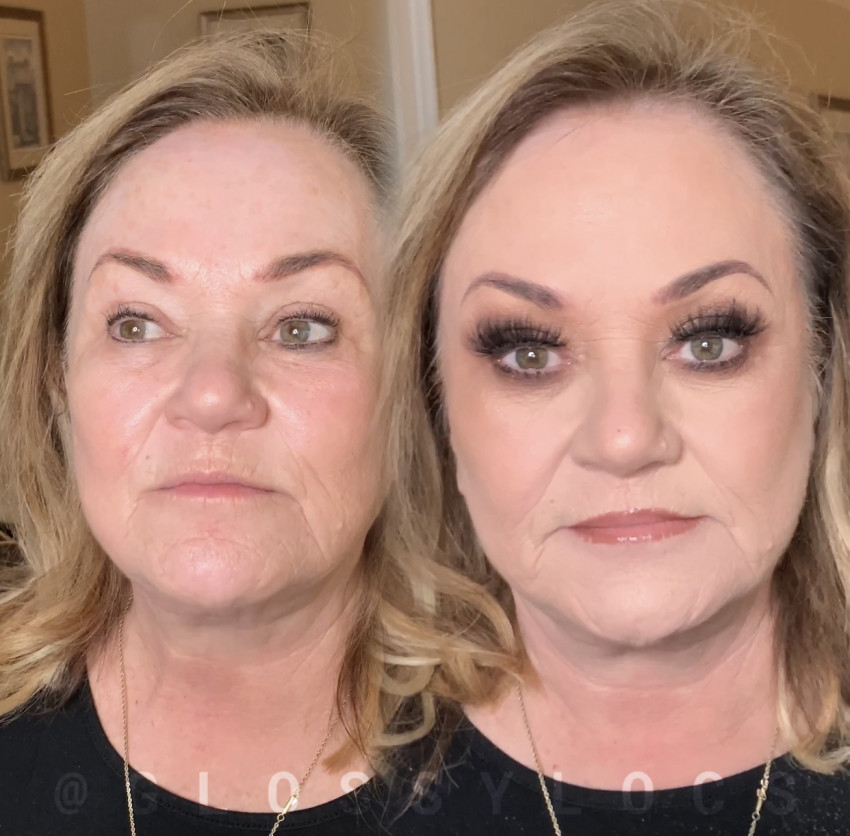 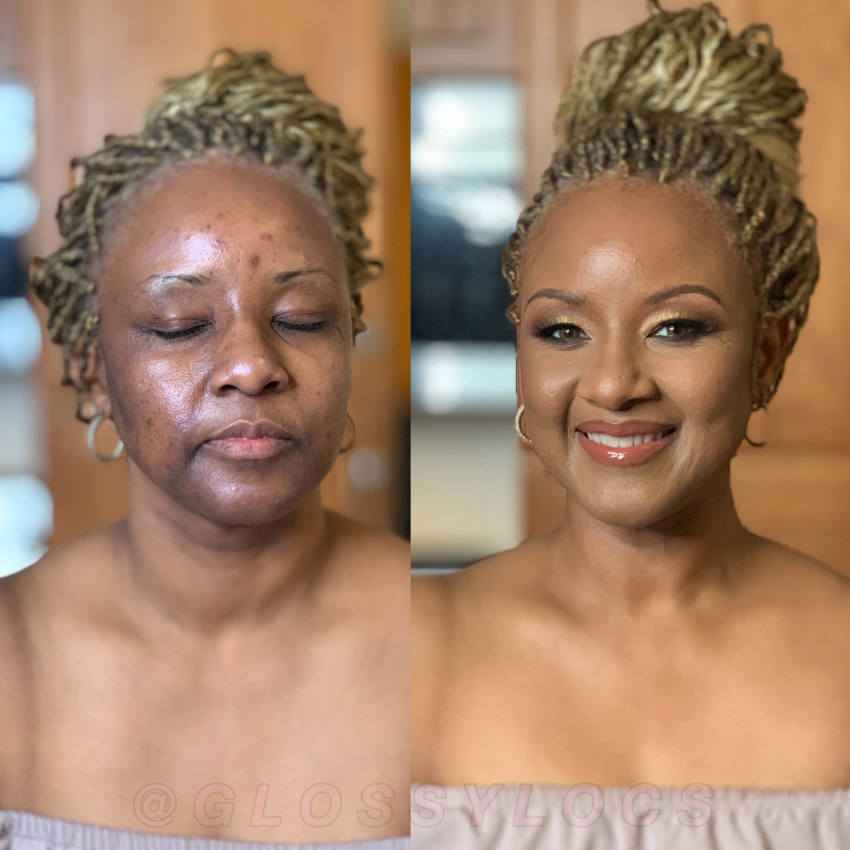 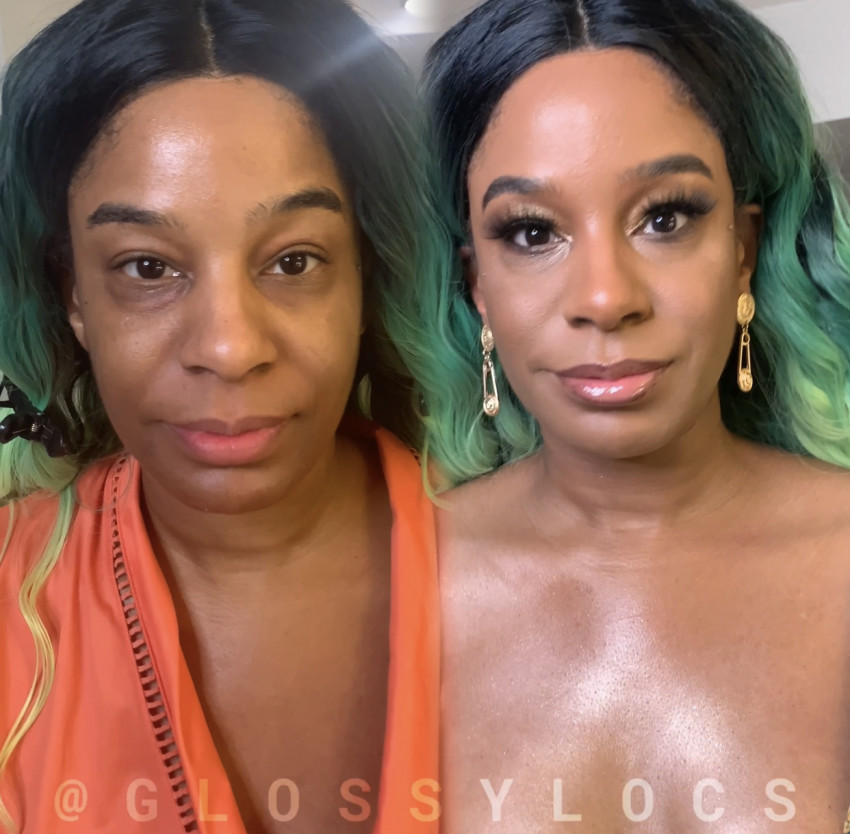 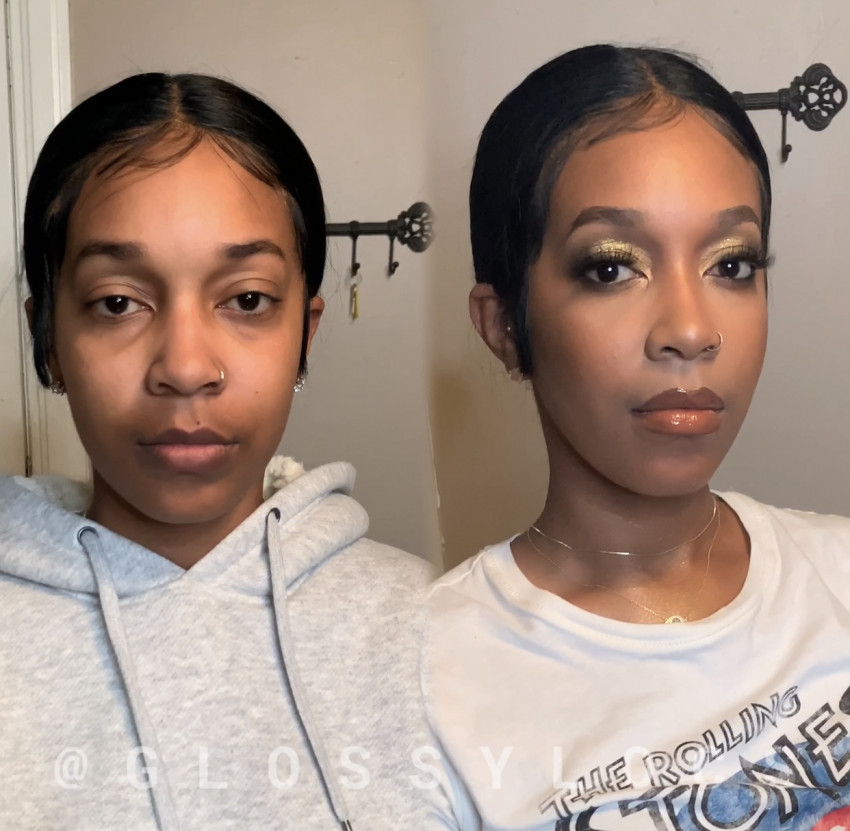 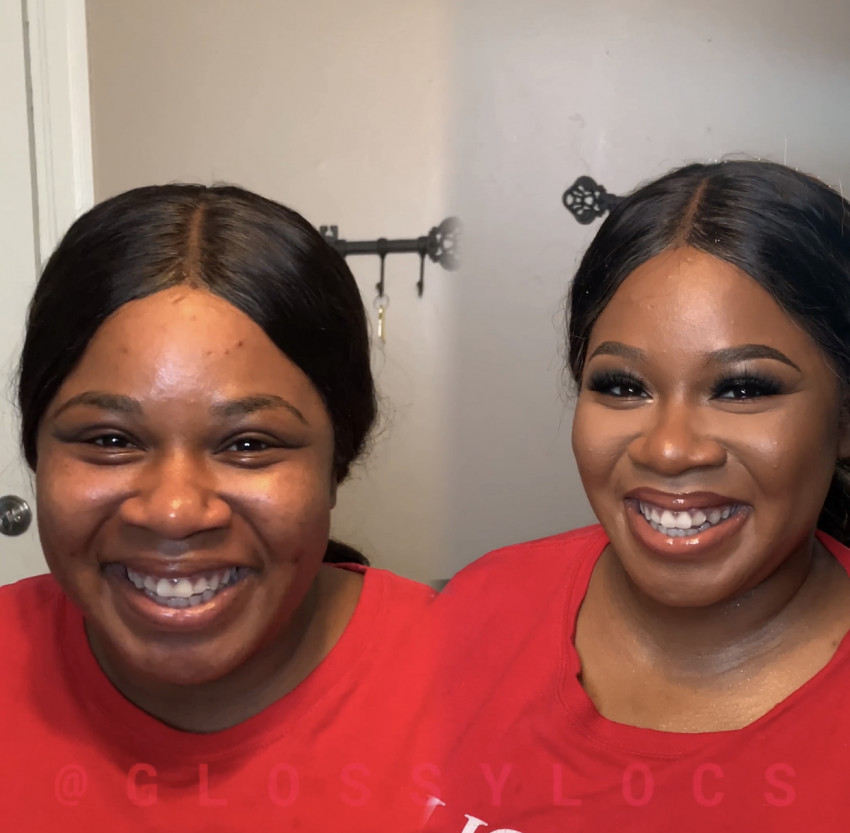 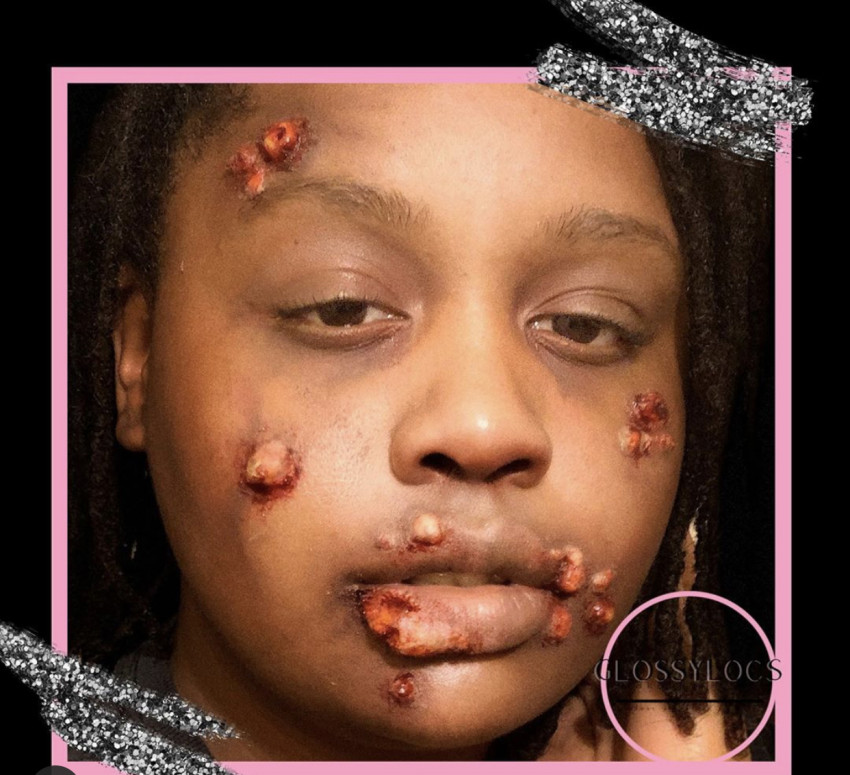 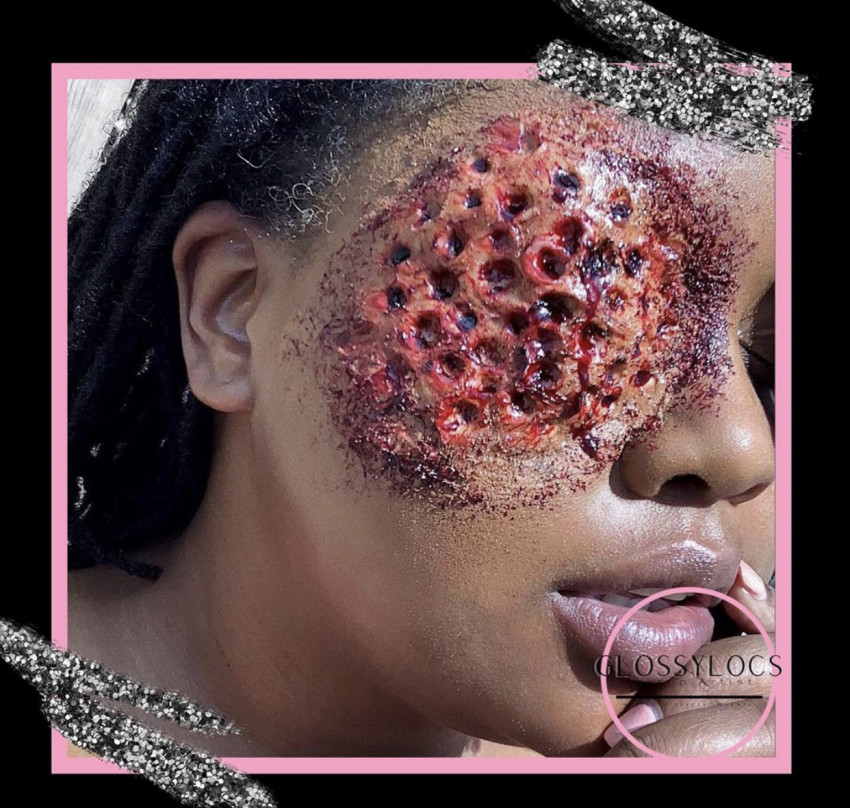 I am a freelance Home Based Makeup Artist located in New Orleans, Louisiana.

My signature style is flawless, glowing, seamless skin, sultry sparkling eyes, and lush, glassy lips.
I have spent countless hours creating the perfect technique that offers my clients gorgeous “my skin— but BETTER”, EFFORTLESS glam that lasts for 16+ HOURS through smiles, laughs, and all nighters.

*DUE TO THE PANDEMIC, i will not be TRAVELING for anything other than Bridal Events for the remainder of the year— i am now working taking appointments from my new in-home studio. *

Loved my experience with my makeup artist. She was on time (in fact early), clean, set up properly and started. Friendly with keeping conversation and did an awesome job! So happy with my result!

Thank you so much beautiful! I love your spirit!!!

I hate to leave a review that focuses on what wasn't provided but I feel the need to give honest feedback to the MUA so that she can improve her business acumen as well as to allow other brides know what happened to me so that they can ensure the same doesn't occur to them. So in no way is this review to bash the MUA as she was friendly and did an amazing job on each of my bridesmaids, mother and aunt-in-law.

The MUA and her intern were due to arrive at 8AM but arrived to the wedding venue 45 minutes late. They were very casual when they arrived and were not apologetic or had a sense of urgency to set-up and get to work. The wedding was set to start at 2PM. In total there were 7 of us that they needed to get ready for the wedding. Essentially we started the wedding at 2:45 PM due to their lateness.

The MUA and her intern spent 2 hours on my mother and aunt-in-law. While they were having a good time laughing and chatting it up (both relatives are very funny women), I found myself having to remind them that we had other ppl that needed their make-up done as well. I understand the hard place of not wanting to be rude during convos but we were on a tight schedule as is and they forgot that they were there to provide a service and to complete that service in a timely manner as it created a domino effect in the wedding with other vendors...

The MUA and intern spent 1 hour to 1.5 hours on each bridesmaid despite my pleads to them that they needed to work quicker as the pastor had another wedding to leave for after our ceremony. By the time they were done with the bridesmaids it was 2PM. During the entire time I had been riding them that I was the bride and that they hadn't even gotten to me yet and that we were now starting the wedding late. At one point the intern stopped working on me to touch-up my aunt-in-law and at that point I lost it and asked the head MUA why was she doing that? I was the bride, I am the one who hired them and paid them to beautify not just me but the entire bridal party. This stressed me out so much. I still can't wrap my head around why they would do that to me on my wedding day????

Did i look good when they finished?....yes. But it came at a price that no bride should have to experience. Because of their actions, we had to cut the ceremony short, the 2nd line band we hired almost left and this left us taking communion on the venue's front porch. This was a religious ceremony and to have that interrupted was unacceptable. By time the reception started they were cleared out and I never heard another word from them. I had prepared thank you cards with tips as I expected them to provide exceptional service as prior to the wedding the MUA was very attentive. Unfortunately, I did not give this to them as I was rushing to get the ceremony started and no longer felt they deserved it.

I hope that this review gives the MUA an opportunity to see areas of improvement needed in running her business. She is amazing at what she does but there are other expectations of service that need to be looked at. I wish her the best in her business!

Hi Salena, thank you so much for your honesty, i really appreciate it. My sincerest apologies for the timing issues interrupting your ceremony, my apprentice and i both agree that is unacceptable, and we are both deeply sorry.

If you want your make up done well, to your liking, and it lasting long, consider hiring her Miss Tee.

Miss Tee did a fantastic job with my makeup. I was an out-of-town bride so we did the makeup trial the night before our wedding. She took my ideas and thoughts in mind and was wiling to tone down when I asked for it.

On the day of the wedding, she worked nearly nonstop on my mom, 4 bridesmaids, and mother. And they all looked flawless with clean looks that weren't over the top. She also carrier makeup shades for Women of Color which is important.

My makeup was remarkably long lasting. My makeup was finished in a little over an hour at 11:00 am and the wedding wasn't until 4:00. Despite running around with last-minute errands in the hot sun and photos in a warm courtyard, I didn't sweat off one bead of makeup. By the end of the night at 10:00 I was still looking nice.

most of all she was pleasant.

I love Miss Tee. This was my first time hiring a makeup artist and she did her thing by hooking me up for my graduation. Everyone loved my makeup including me. I will definitely book her again.

Tonya did a great job on our makeup for a Mardi Gras ball. Her work was precise, fun, and dramatic, which is exactly what I wanted. It was super easy to communicate with her, and I felt that her pricing was extremely reasonable (probably too reasonable for her considerable talent!). I will definitely contact her again for my next formal event!

I offer three stages of GLAM:

Effortlessly Glamourous * *
Up to 12 hours of wear, flawless for hourssss thanks to my signature technique!

I am an 8+ years Self-Taught SKIN FOCUSED makeup artist specializing in glowing, sultry, seamless looks. I would describe my makeup style as: “EFFORTLESS, LUSH GLAM” that you just cannot find anywhere else ✨

I do require a clean, normal to large work space.
I will be arriving my own Makeup Chair & Ring Light.