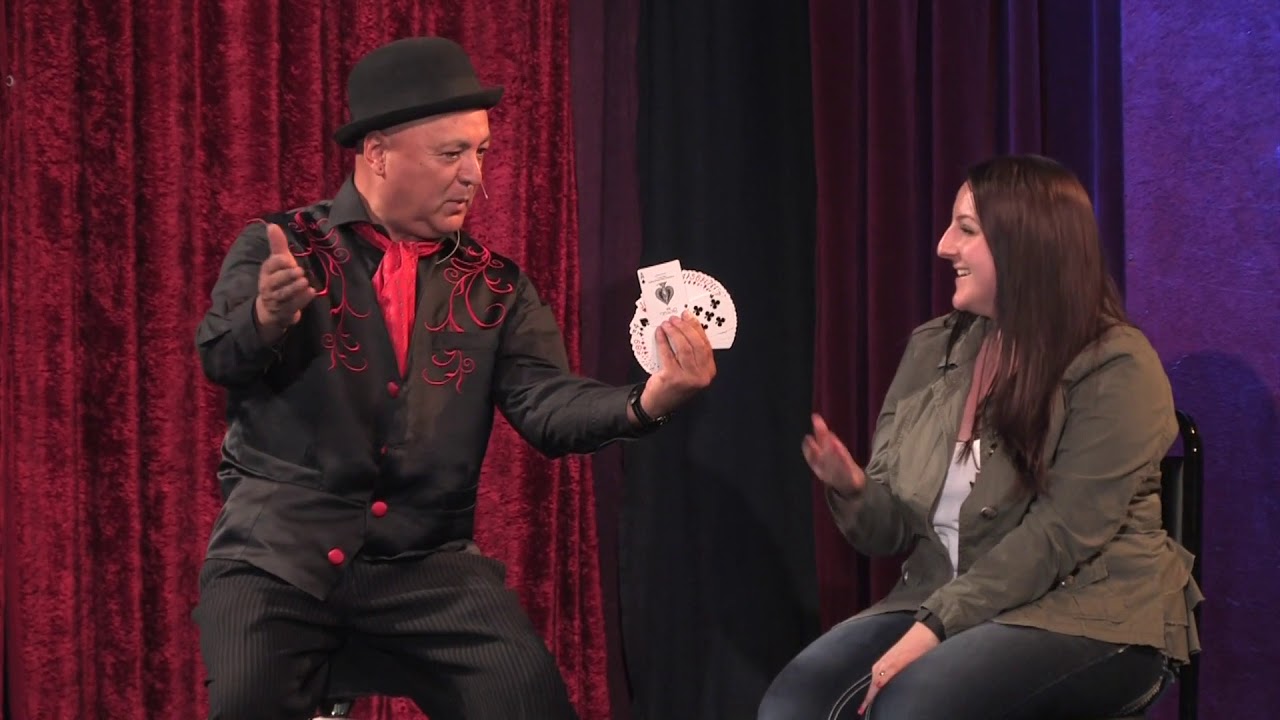 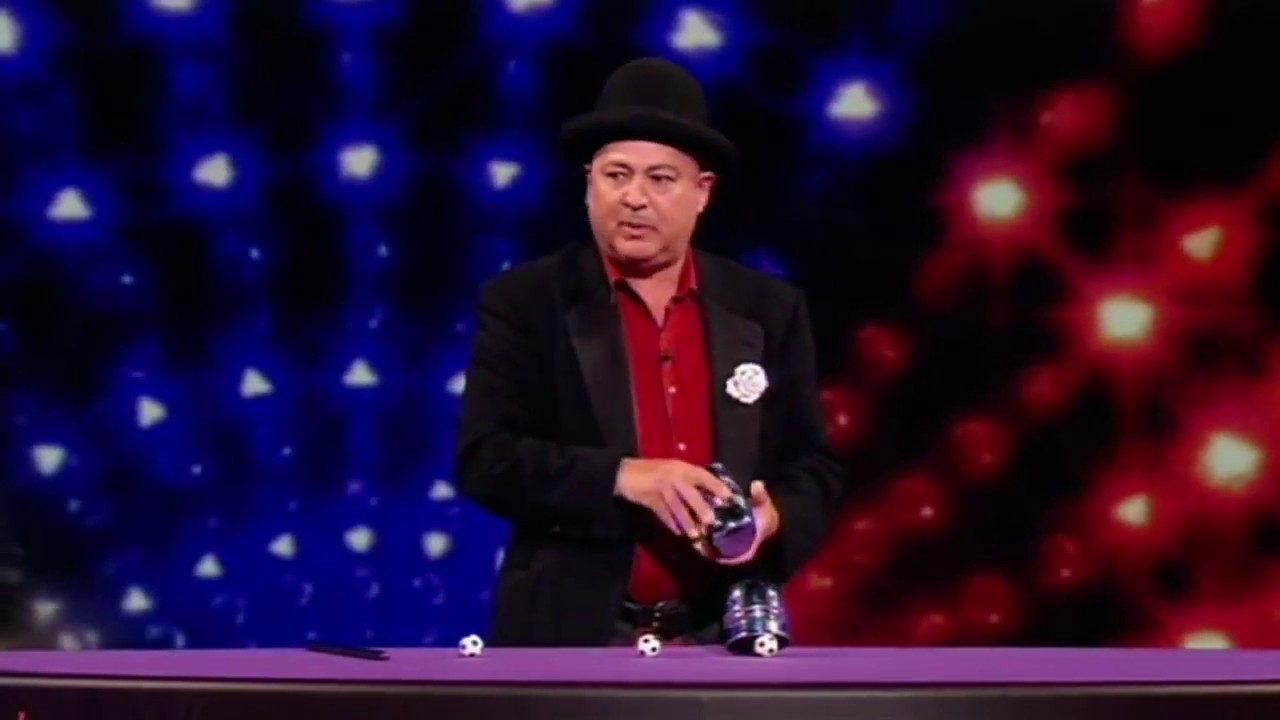 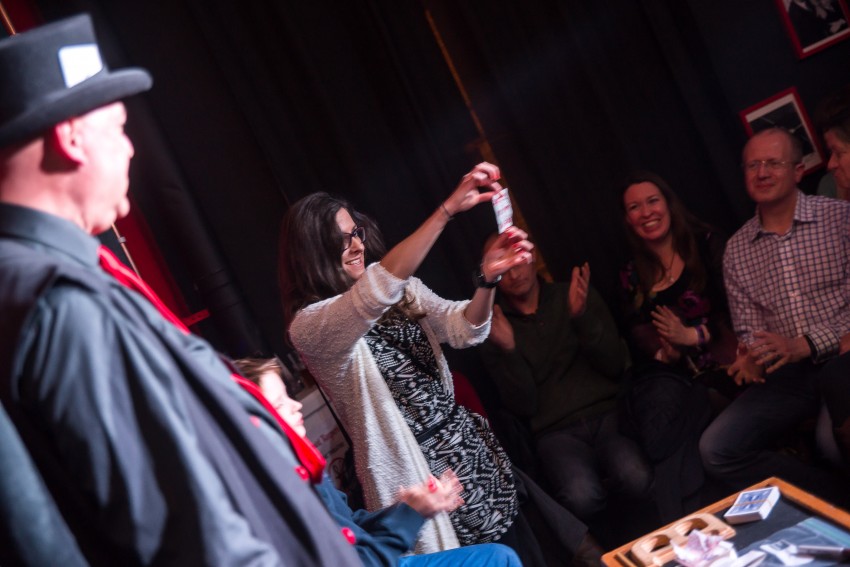 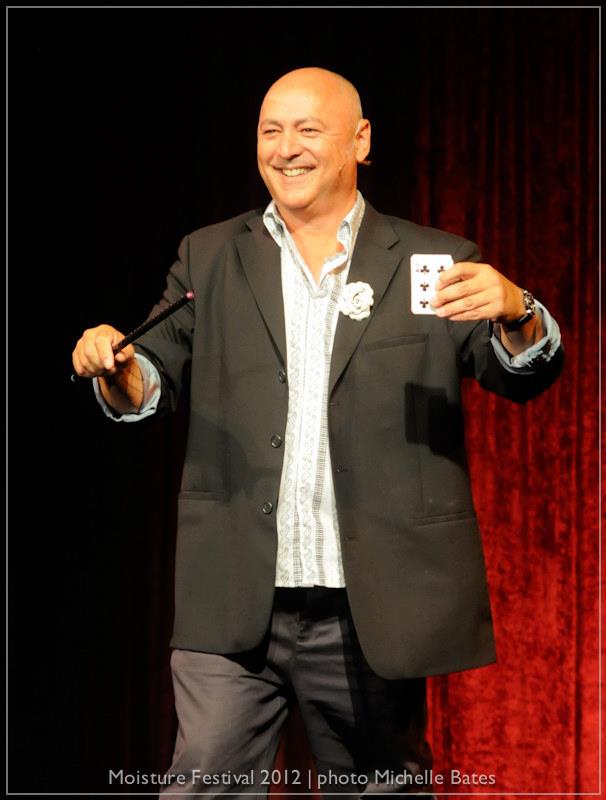 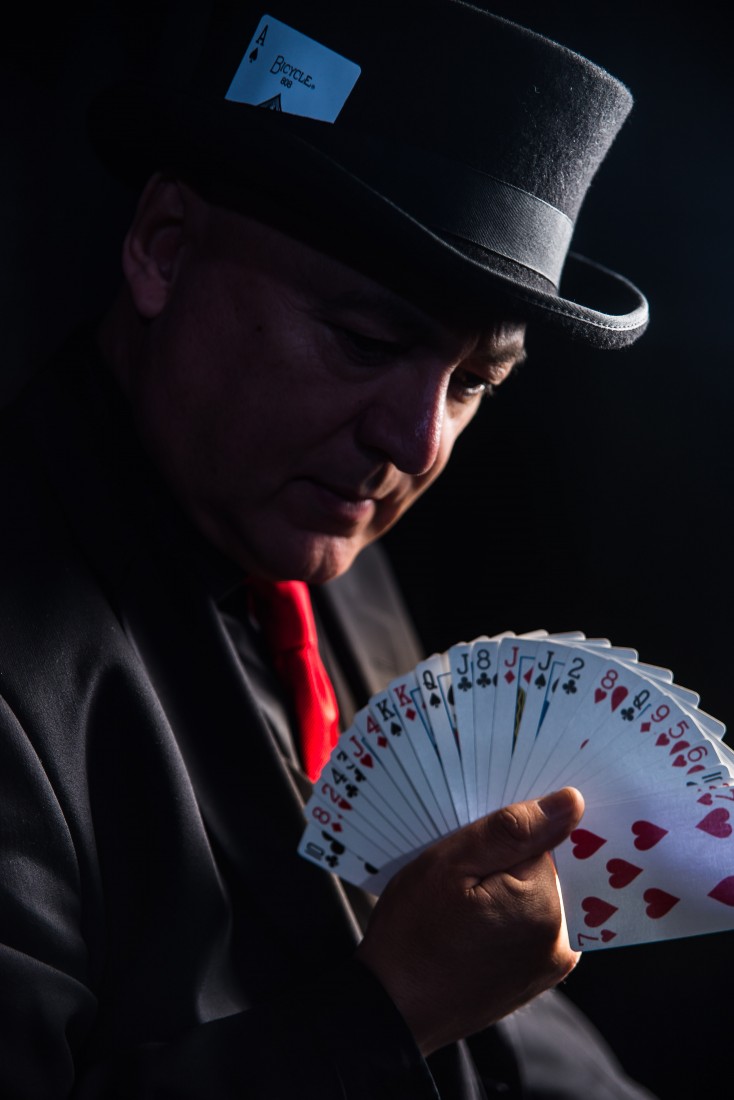 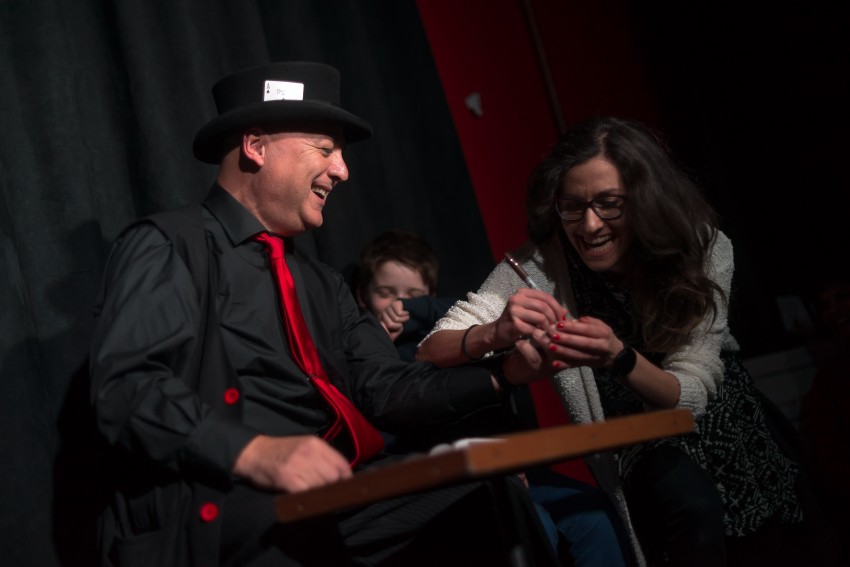 Gazzo is one of the world's legendary and most sought-after comedy magic entertainers. Born in England, he has traveled the world delighting audiences performing his brand of Hysterical side-splitting entertaining comedy magic.

Al Pacino, Halle Barry, Carmen Diaz, Steven Spielberg, Manny Pac are some of the hundreds of celebrity fans he has entertained. Lance Burton, David Blaine, Penn, and Teller are some of Gazzo’s peers who vouch for his extraordinary talent of leaving your jaws to drop in awe while you pee your pants, simultaneously.

Gazzo is still taking the world by storm. This is an act yet to be seen by millions!

Gazzo pulled me from the audience and had me watch from up close. He had me laughing the entire time while I was trying to watch the ball. I was probably laughing too hard to watch the ball, but either way he completely fooled me. It was incredible.

One of a Kind!

To call Gazzo amazing is an understatement.  I work for a big Fortune 5 company in the South Florida area. We had a big holiday party and wanted to bring in entertainment for our clients/employees.
I went online and saw his profile. I contacted Gazzo and his assistant got back to me right away.
He arrived at the function time and really made everyone hysterically laugh!!!
He was even able to integrate the company message in his act even on short notice! He stayed after his scheduled time to make sure everyone got a chance to experience his magic.

I was talking to him after and discovered he is a living legend in magic!

We later hired him for our trade show and he was able to attract a lot of attention to our booth! We now are hiring him on a yearly basis.

He provides a one of a kind magical experience. In fact, several of our executives have hired him for private functions. 5 stars all the way! Book him now. Really.

Thank you Adam! I appreciate your review. It was a pleasure to entertain you and see you this year!

Born in England, Gazzo's interest in magic started when he was very young, sparked by a Christmas gift from his aunt. Since then, Gazzo is one of the world's legendary and most sought-after comedy magic entertainers. He is recognized as one of the top five, slight-of-hand magicians in the world.
In his career, he has performed more fifty-five thousand shows and entertained an audience of over 15 million people! Amongst his magician peers, Gazzo is considered to be the magician who has performed in front of the most number of people on earth!

He’s entertained up to 5,000 people at a time in casinos in Las Vegas, performed on Fool Us on national TV, performed at Universal Studios, and entertained hundreds up to thousands of people per show.

Gazzo is a world-class entertainer who leaves his audience astonished and laughing hysterically with his unique cocktail of spellbinding magic and comedy.

Al Pacino, Halle Barry, Carmen Diaz, Steven Spielberg, Manny Pac, Roy Schneider are some of the hundreds of celebrity fans he has entertained. Lance Burton, David Blaine, Johnny Thompson, Maria Ibanez, Penn, and Teller are some of Gazzo’s peers who vouch for his extraordinary talent of leaving your jaws to drop in awe while you pee your pants, simultaneously.

His shows are a combination of comedy, magic, and audience participation that will keep the audience laughing and asking for more!

Gazzo is originally from England and spends time on both sides of the Atlantic where he calls Florida, USA his second home. He loves performing more than life itself. He will go to any major city in any country at the drop of a hat. There are no borders or boundaries with this guy. Gazzo is still taking the world by storm. This is an act yet to be seen by millions!