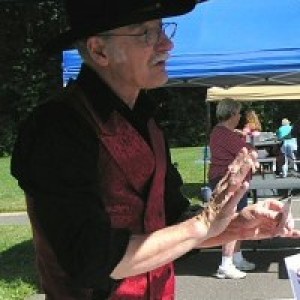 Gary has been entertaining children of all ages since 1972. His Magic will leave you asking "How did he do that?"
While his Magic workshops will tell you.
Suitable for ages 6 and up, Gary teaches the basics of Balloon Twisting in workshops.
Looking for a Storyteller, Gary can pull a wide variety of characters from his bag of tricks that will entertain with stories that are historical as well as hysterical.

After seeing Gary at a Kid's Fair we hired him for our son's 6 year old birthday party and were extremely pleased with all aspects of his performance and professionalism. A few years later our school PTO hired him for a full school assembly (upper elementary) and it was such a big hit that he was asked back the next year to perform at our STEM Family night for the early elementary students and their families. Highly recommend!

Gary has been in the entertainment field since 1972 in the Southern New England area when he did his first professional magic show. Gary has performed throughout the United States and Canada in many different roles
which include, but are not limited to, the following: Magician, Disc Jockey, Actor, Stuntman, Storyteller and
Balloon Artist.

As a magician, Gary has performed in many different characters to suit the theme of the event. His shows have ranged from birthday parties to full stage magic shows.

Gary B and the Music Machine first appeared in 1975. This was one of the first traveling DJ shows in southern New England. Gary spun the vinyl and rolled the tapes at various campgrounds, school dances, weddings etc.

As one half of the Walsh Brothers Wild West comedy team, Gary portrays Lucas Walsh. This duo traveled throughout the United States and Canada and performed at different Theme Parks, Rodeos, Festivals and parties.

Gary has also worked with Top Hat Productions doing Dinner Theater. He not only acted in many of their productions, but he also did prop work,
sound and lighting work for them.

As an accomplished storyteller, Gary can pull a wide variety of characters from his bag of tricks. They range from a French Fur Trapper in the early 1600's through many Old West characters.
Each character tells historically hysterical tall tales suited to the time period he represents.

Most recently, Gary has joined Milestone Productions and Events, an internationally known family entertainment production company based in Massachusetts. He has held many positions, from carpenter and props master to Company Manager for touring shows. Gary has also worked all aspects during the corporate events Milestone has produced for many national and international companies from a performer to the on-site events coordinator/technical supervisor. 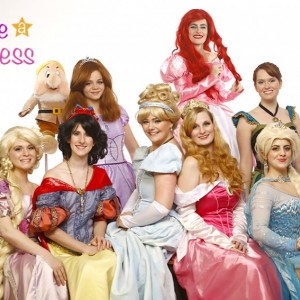 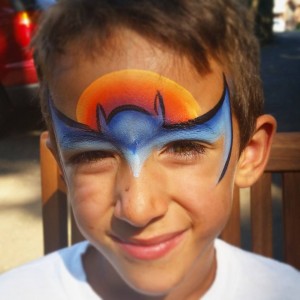 Carolyne S. said “The characters Wonder Woman and Captain America were fantastic from start to finish. The children and adults had a blast! Definitely a 5 star entertainment…” 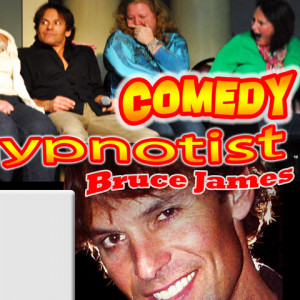 Melany said “I had the honor of having Bruce come and speak to a group of realtors. Bruce's energy alone is contagious! He explained how habitual thinking limits what…”

Marin R. said “Jeffrey came to perform at my son's birthday party. He came early to set up a very robust set, was extremely flexible, and gave a stellar performance.…”