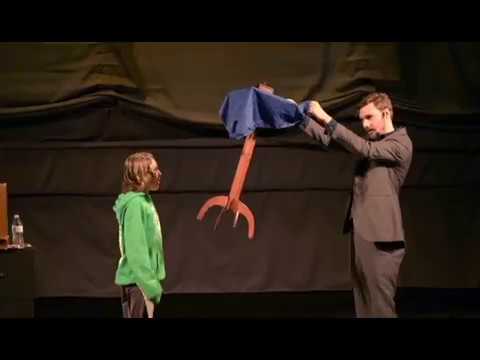 Zachary Gartrell saved the day! I hired a guitarist was held up by traffic through no fault of his own, Zach covered his time and the other artist’s, about 4 hours even though he was only scheduled for 30 minutes. Gartrelle the Great had no contract with me but went above duty and frankly the two guys are awesome for any event. Pictures of Gartrell working the crowd who gave him great tips. He drove from Virginia, was early despite event traffic and parking dilemma. So both help save an event in dilemma due to overcrowded parking, streets, and windy humid potentially dangerous conditions as Hippy Fest Tents took flight in the breeze. There’s something magical about people who follow their hearts. He is amazing, not just as a magician. He did the most with the least. He was funny and magically engaging. Hire him, you won’t be disappointed.

Gartrell the Great attended our department picnic earlier this week and was a huge hit with everyone...kids and adults! I highly recommend!!!!

Highlighted the Magic or 4-H

This act was an assembly during camp. The theme was exploring the magic of 4-H. Gartell the Great was able to engage and entertain campers ages 8-18. Very professional act.

My act has been in development for nearly a decade. All the tricks a designed with youngsters and parents in mind to make sure everyone has a great time. I put a special focus on treating my audiences and participants with respect because there is no magic without them! I work hard to ensure everyone is amazed, entertained, and laughing out loud during the show.