Marcus, Funny Man Who Does Tricks 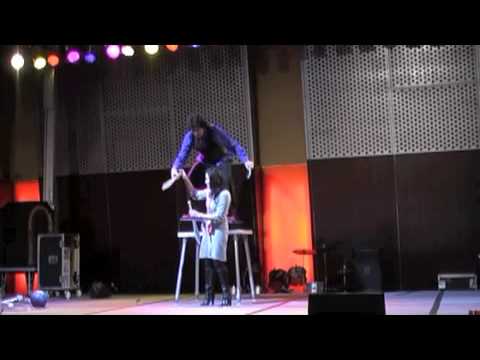 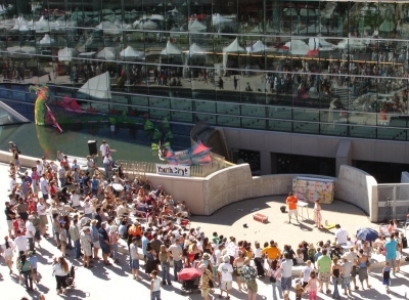 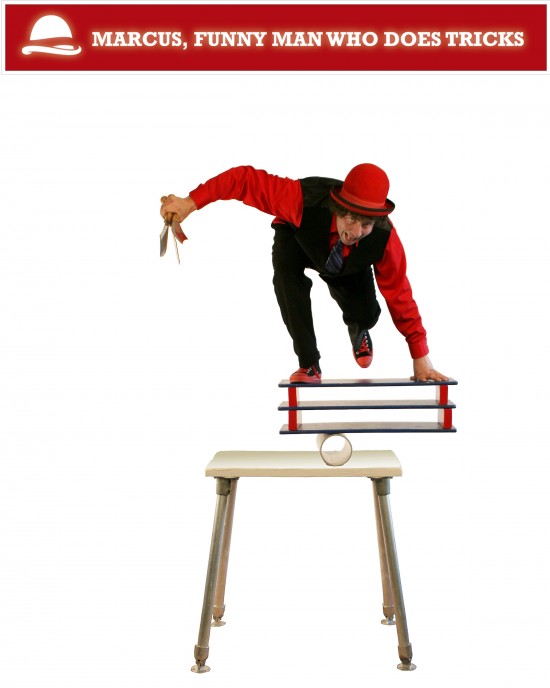 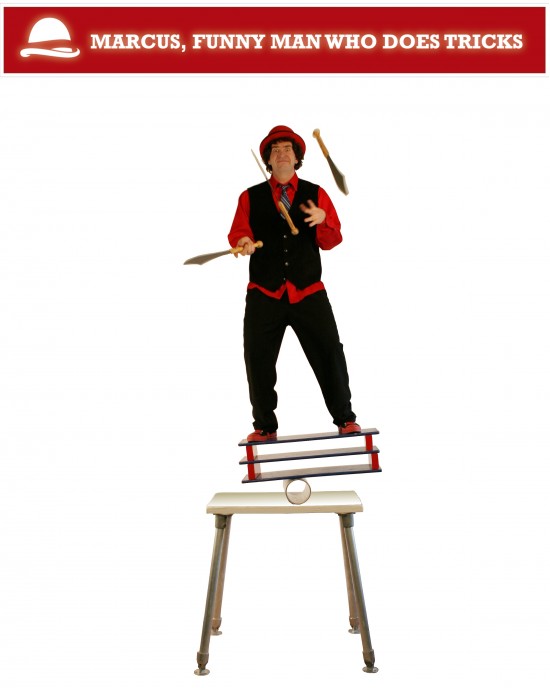 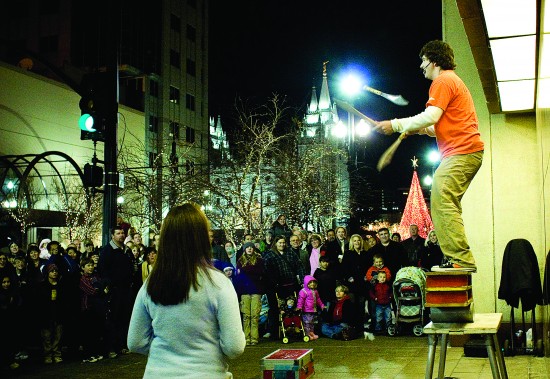 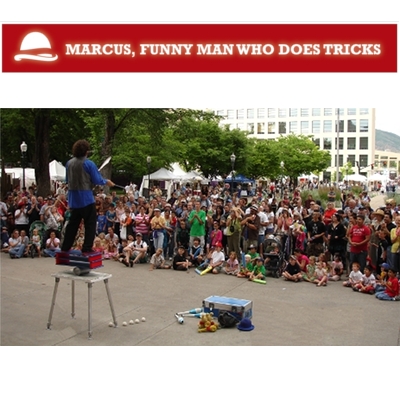 There are variety acts and there are comedy acts, and few performers can combine the two. Marcus is one of those few. Marcus will delight any audience with an act that is half stand up comedy and half one man circus (death defiance included). His Show has juggling, musical interludes, a bowling ball, a yo-yo, and combination tricks with sight gags and comedy mingled throughout. The show culminates with a knife juggling/balancing act that leaves the crowd cringing, laughing and cheering all at once. Marcus Has a show everyone should see twice

Marcus came to Pocatello, ID and gave the people a great show. Very funny. On point with his audience. Unique tricks and jokes. Arrived with plenty of time and was a great person to deal with.

Thank You. It was fun.

What a great time!

Marcus not only has a terrific show, he is amazing at communicating during the full process. Would recommend to anyone who wants a good laugh, and an opportunity for all involved to participate. Amazingly funny and able to adapt to his audience .

Marcus opened for our company party and honestly was better than the video and incredibly entertaining. Overall this was the best Christmas party ever! Thank you Marcus!

Marcus, Funny Man Who Does Tricks is hilarious!

We thoroughly enjoyed his show! He kept the audience's attention and had them laughing every moment. We highly recommend him!

Thanks Leighann
I really appreciate the kind words.

Marcus Funny Man Who Does Tricks

Marcus the funny man who does tricks
Was amaxing!!!!! Our family and friends we so impress. Good clean fun for all ages. We were laughing so hard we were crying. Im still hearing coments about how fun, funny, tricky guy!!!! That was the funniest party I have ever had thanks to Marcus your the best🤗👄🎉🤹‍♂️💖👍 thank u again for making my 60 birtday party a resl celebration from Valerie Stuart

Thanks that’s nice of you.

The show was great for our corporate event! We had a few little kids in the audience and the show was funny for them and all the adults. Thank you Marcus for engaging the crowd and putting on a great show!

Marcus was great. We have a very country based good old boys group basically that are hard to entertain but Marcus did a great job with them. Everyone was laughing and having a great time. I would recommend him for just about any age group or event style out there. Thanks again! Oh in Montana we but our cowboy hats on their crowns not on their brims :) lol

Marcus Wilson was born on April Fools day 1973, so it seems only fitting that he has a passion for jokes. This passion kept him in trouble all through elementary and Jr. high school. In ninth grade, he enrolled in a drama class and discovered a place where acting out was encouraged and accepted. He found that as long as he was on stage people seemed to enjoy his obnoxious antics. In high school, while working at a restaurant, he learned to juggle with rolls and oranges and fell in love with useless tricks and odd skills. At the age of 22, armed with a handful of these tricks and a desire to entertain, he began doing shows. About five years later, he began performing in comedy clubs. Since then, he has been making his living performing. Marcus lives in West Jordan, Utah. After giving his teachers such a hard time, he ended up married to a teacher. He has been married since 1996 and has four kids.