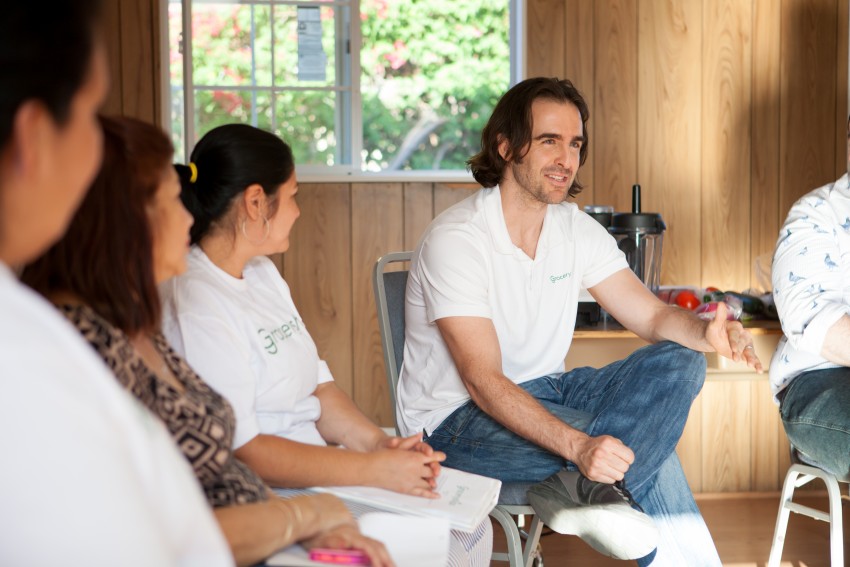 Sam and members of Groceryships 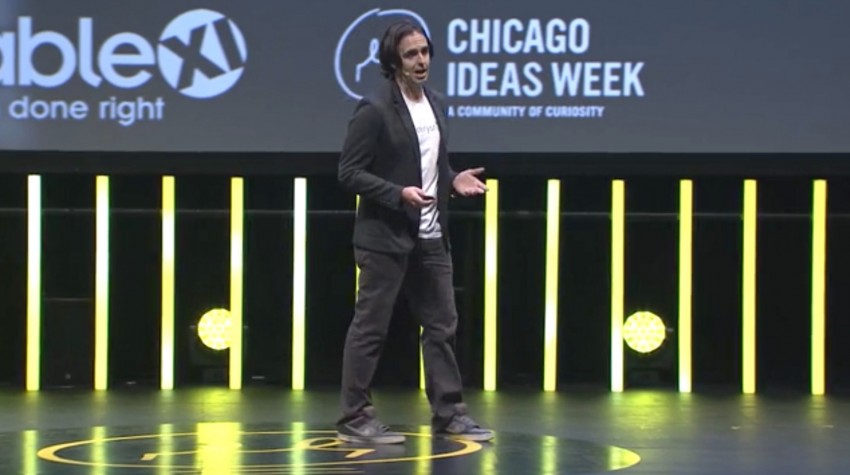 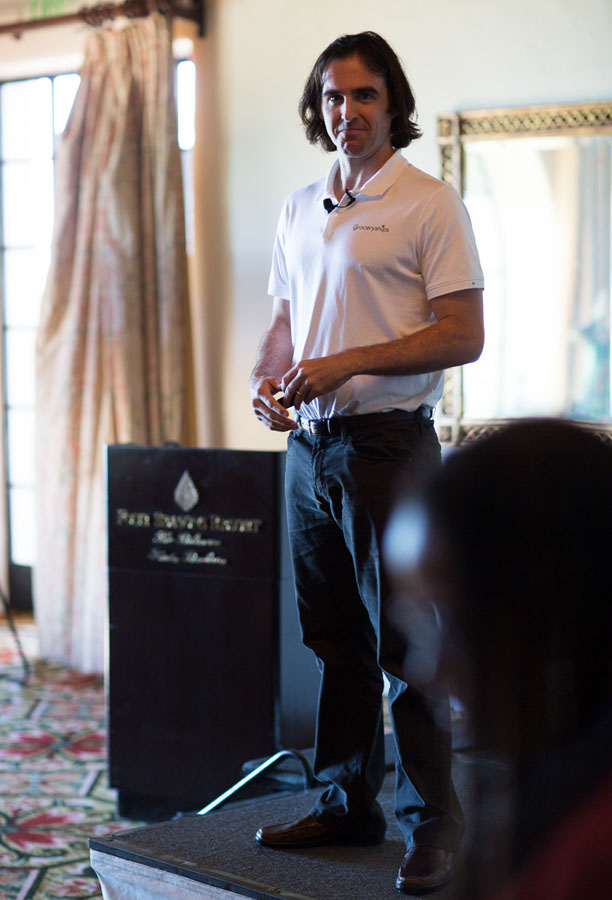 At 29 years old, Sam was a senior trader for one of the largest hedge-funds in the world, earning a multi-million dollar salary and living the high-life. Like many people, Sam believed that money could solve all of his problems. But he eventually realized that money carried with it some unhealthy baggage. Sam shares his story of how a "Wolf of Wall Street" turned to philanthropy, and eventually founded a non-profit in South Los Angeles that works with impoverished families struggling with obesity. Not only is it an incredible story about the founding of an innovative non-profit, but it's also about changing how one sees the world from the lens of what you can "get," to what you can "give."

Insurance: $10,000 - We will be held liable for whatever his fee schedule is

Sam has three different speeches he delivers, and they can vary in length from 15 minutes to 90 minutes. He is always available afterwards for Q&A, and via e-mail subsequently.

“Circle Consciousness”
At 29 years old, as the senior trader for one of the largest hedge funds in the world, Sam opened a book called Tattoos on the Heart by the founder of Homeboy Industries, and his life changed. This is the story of the change of consciousness that led to his walking away from a multi-million dollar salary to found a non-profit in South Los Angeles that works with impoverished families struggling with obesity. Not only is it an incredible story about the founding of an innovative non-profit, but it's also about changing how you see the world from the lens of what you can "get," to what you can "give."

“Redefining Ambition”
Starting from when Sam was a student at Columbia, he tells the story of his journey to Wall Street, rising up the ranks, and his ultimate decision to leave to found a non-profit. He ends by giving the audience a three-part process they can use to "redefine their own ambition," to ensure that it fits who they are, as opposed to who their parents, or our culture, want them to be. There is a sub-theme in this talk about drinking and peer-pressure that we believe will resonate deeply with today's college students, young adults and parents.

“The Ripple Effect”
As you can see by Sam's front-page Los Angeles Times article, as well as his most recent OpEd, he and his team have quickly become thought-leaders in the fight against obesity and poverty. Sam uses his own experience to talk about critical issues for today's average person trying to make a difference in their life, including social entrepreneurship, social innovation, mission-driven companies, and as Blake Mycoskie, the founder of Tom's called it, "starting something that matters."

Sam Polk is the founder and Executive Director of Groceryships. He is a graduate of Columbia University and holds the Chartered Financial Analyst (CFA) designation, which he earned during his eight years as a bond and derivative trader for Bank of America and King Street Capital Management. After earning millions on Wall Street, Polk became concerned that he was becoming a wealth addict, and decided to change his life.

He left Wall Street in 2010 and moved to Los Angeles, and spent the next few years writing a book and doing volunteer work. He worked with homeless youth and taught writing to foster kids through organizations like My Friend’s Place and Aviva. He began speaking at jails and juvenile detention centers about recovering from addiction from alcohol, drugs and wealth.

In 2013, Sam founded Groceryships with his wife Kirsten Thompson. A nonprofit organization that provides "scholarships for groceries," Groceryships is a comprehensive program of financial assistance, nutrition and cooking classes, and psychosocial support designed to increase consumption of whole, plant-foods. Polk’s mission is to help low-income families struggling with obesity, diabetes, food addiction and malnourishment.

Sam does not require anything beyond basic Audio capability, as well as a laptop projection for his Microsoft PowerPoint presentation.

Dave S. said “I brought Ted in to speak to my sales team. I was looking for him to help them become more engaged, more consistent, and more productive. He was very…” 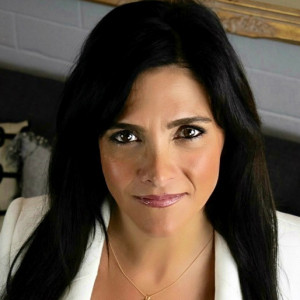 Malia S. said “Our group loved Alison! We discussed some of the ideas in her book, “Enoughness” and worked with us on an individual level, tailoring to our specific…”