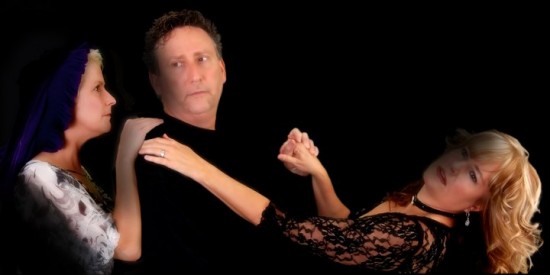 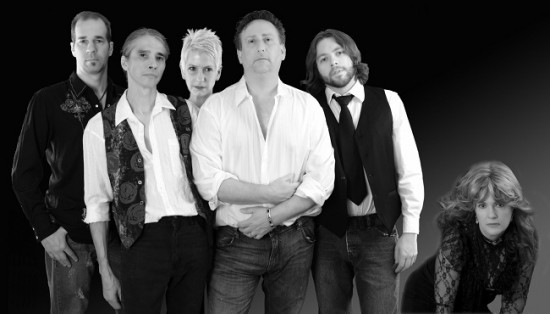 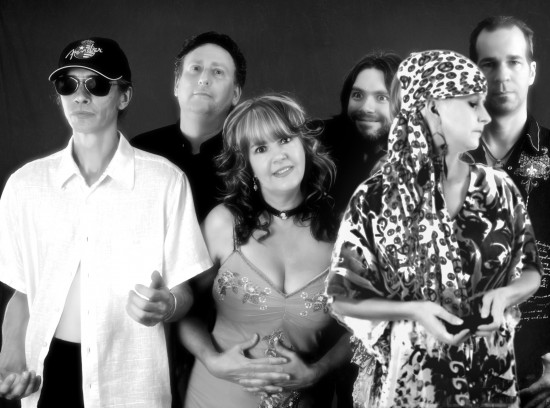 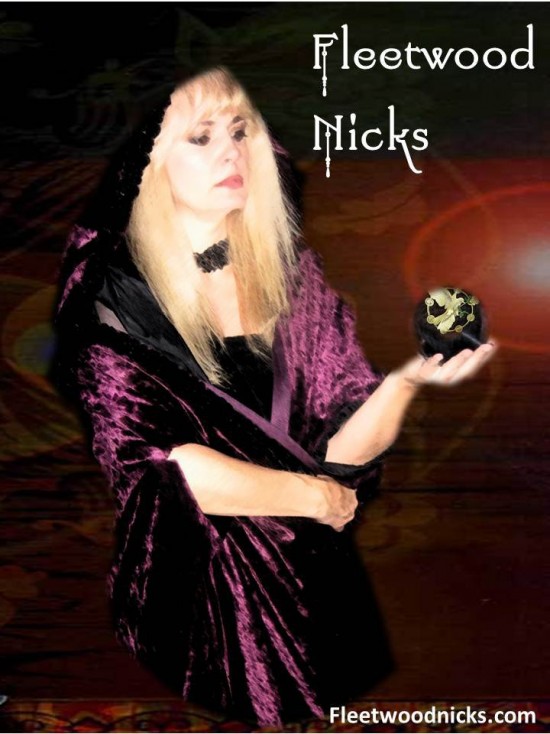 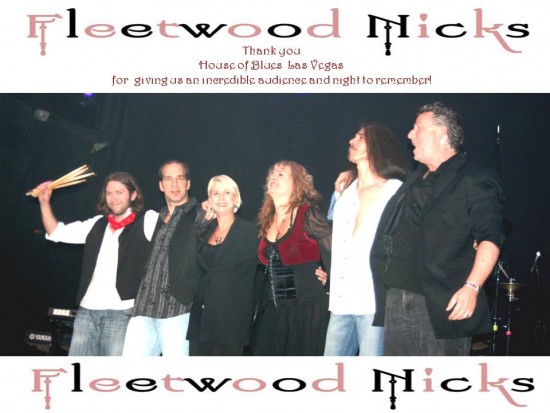 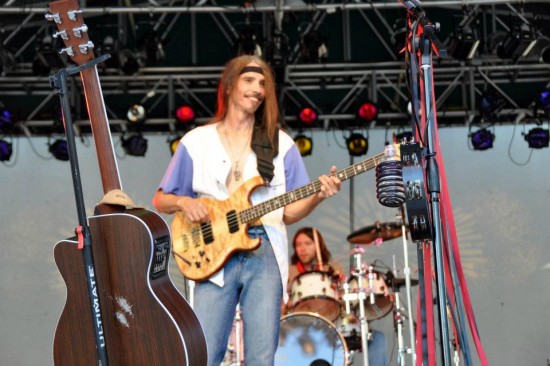 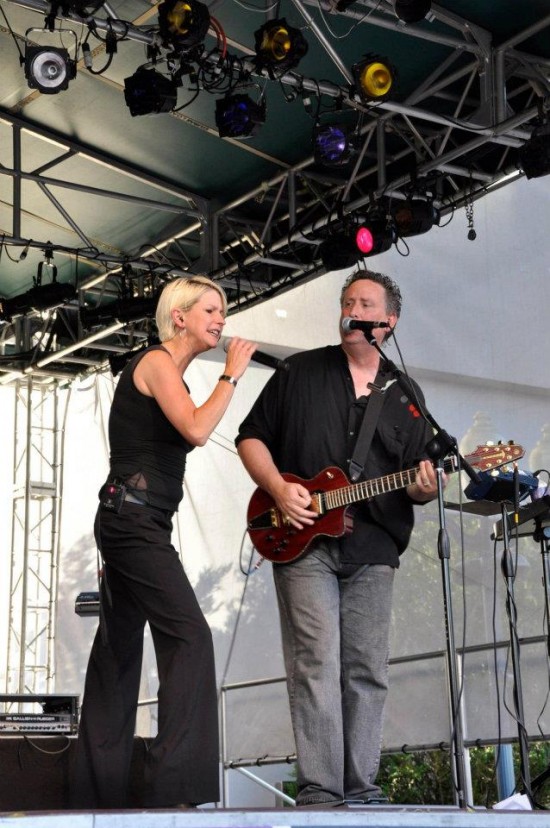 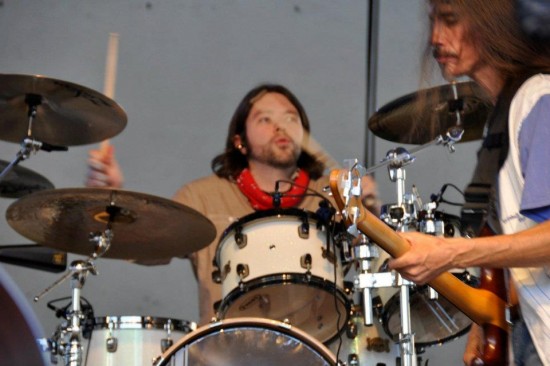 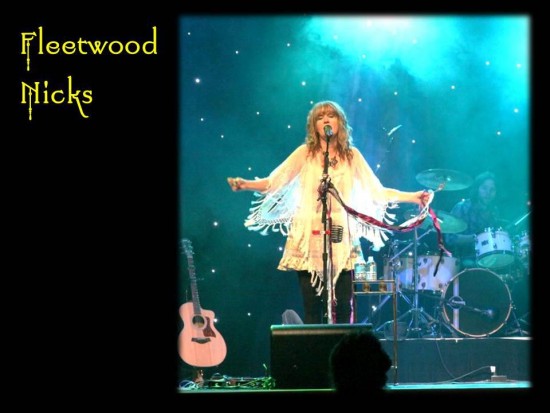 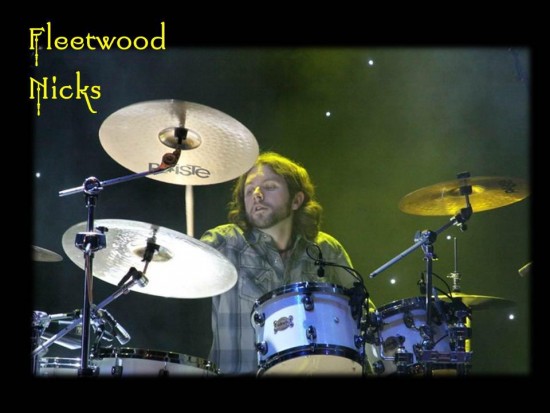 Fleetwood Nicks is one of the nation's most authentic tribute bands, performing an A recreation of the timeless music of Fleetwood Mac and Stevie Nicks. This show delivers the true essence of Fleetwood Mac /Stevie Nicks in their prime---staying true to the original studio recordings that made Fleetwood Mac one of the biggest bands in history. This is the only tribute of it's kind in the country where all 3 vocalists can perfect the original artists (Buckingham/Nicks/McVie) and can achieve the "Mac Magic" harmony that fans are there to experience. The band has a lengthy list of national performances across the country-opening for artists like Cheap Trick,Joan Jett,Grand Funk, Paul Rogers

Be the first to review Fleetwood Nicks

Fleetwood Nicks focuses on what the "Mac Magic" is all about: Stevie Nicks, Lindsey Buckingham, and Christine McVie. No other tribute in the country has all 3 vocalists so close to the original artists, achieving the harmonies that made Fleetwood Mac one of the most legendary bands in rock history. Fleetwood Nicks is composed of seasoned musicians that have opened for some of the biggest rock names in history--their first being Cheap Trick. Fleetwood Nicks promises to leave their audience with exactly what they came for--an experience that satisfies even the most critical Fleetwood Mac fan.. Fleetwood NIcks focuses on Fleetwood Mac in their prime and the studio version sound that everyone remembers and connects with. Fleetwood Nicks has no technical secrets--what you hear is what they bring live to the stage. For a quick example: listen to the original studio FM audio "Gypsy" and then listen to Fleetwood Nicks' version of Gypsy...and then compare with all the other bands out there. Our catalog contains 3 hours of hits. There is never a need to repeat with the abundance of hits from Stevie, Lindsey and Christine.

Fleetwood Nicks is one of the nation's most authentic tribute bands, performing the timeless music of Fleetwood Mac and Stevie Nicks. Fleetwood Nicks' focus is to capture the true essence of Fleetwood Mac /Stevie Nicks in their prime---staying true to the original studio recordings that made Fleetwood Mac one of the biggest bands in history. Fleetwood Nicks brings an incredible recreation of Fleetwood Mac’s legendary sound to the stage with a pro rock concert-performing hits from Rumours through Fleetwood Mac's famous reunion Dance album. The Chain, Go Your Own Way, Gold Dust Woman, Dreams, Little Lies, Landslide, are just a handful of the classics you’ll hear-- as well as concert favorites such as Buckingham’s signature encore "I’m So Afraid" and Stevie’s haunting "Sisters of the Moon". The band's version of Rhiannon is so powerful it would even impress Fleetwood Mac themselves! Brad Torchin pays special tribute to Lindsey Buckingham--performing Buckingham’s acoustic masterpiece "Big Love" -- the show stopping tune of the Dance tour. Valerie James’ is an incredible vocalist who fits the part of Christine McVie to round out the 3 part harmonies and lock in the true Fleetwood Mac sound.
A Fleetwood Mac Tribute would be pointless without the signature vocal sound of Stevie Nicks. Julie Torchin fills that spot as one of the nation’s top Stevie Nicks impersonators . Powerful solo hits such as Edge of 17, Talk to Me & Stand Back-- as well as duets Leather and Lace and Stop Draggin My Heart Around are some of the beloved hits performed with every show. Julie does not hold back and performs each song note-for-note--belting out Stevie Nicks' vocal in her prime. The three lead vocalists in this band truly capture the “Mac Magic” like no other tribute band in the country.
The members of Fleetwood Nicks perform this beloved music with not only energy and commitment to make the show as true to the original artists as possible, but out of sheer admiration for these artists. Fleetwood Nicks never repeats a song with a catalog of 3 hours of legendary hits. Music that is enjoyed by an all-age audience, Fleetwood Nicks is the perfect band for your corporate event, festival, casino, club, private party, wedding, or any special occasion. ***Fleetwood Nicks band members also perform a national tribute to Heart "Heart Alive" (see Gig Salad listing). They do offer combo shows for their clients.

Our Set list is posted as a jpeg in our gallery. We also ask our clients to contact us if they are doing a special dedication so that we can be sure that a particular song is included in our set list. We have a catalog of 3 hours of hits. A client can also choose to have a catalog of only Stevie Nicks songs if they prefer. We also offer an acoustic trio and include songs off of the Buckingham Nicks album.

Backline to be discussed