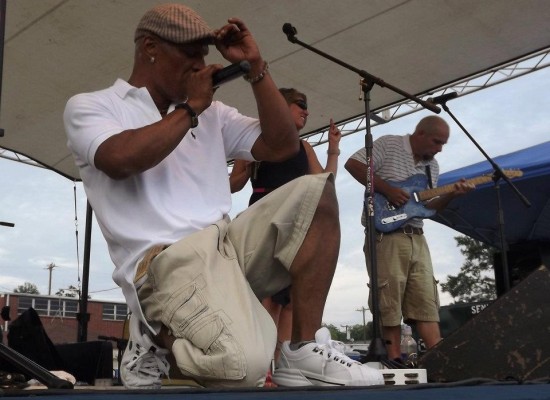 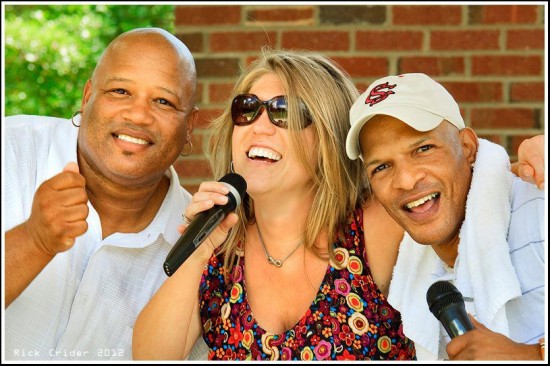 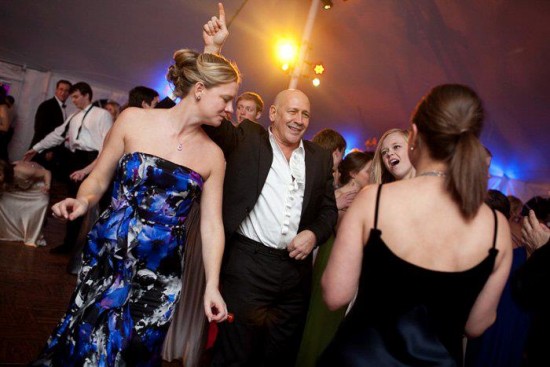 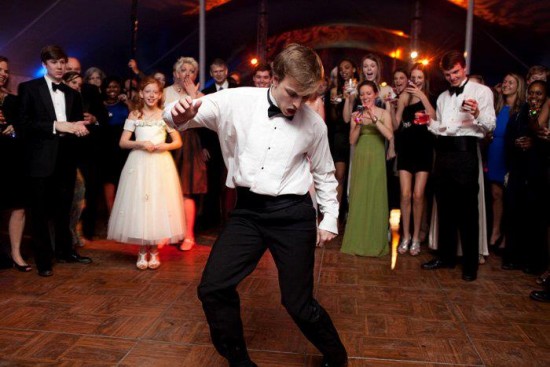 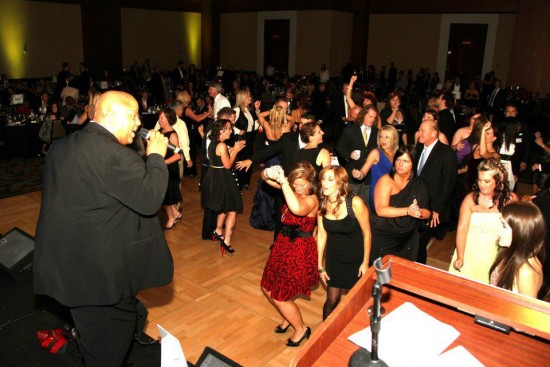 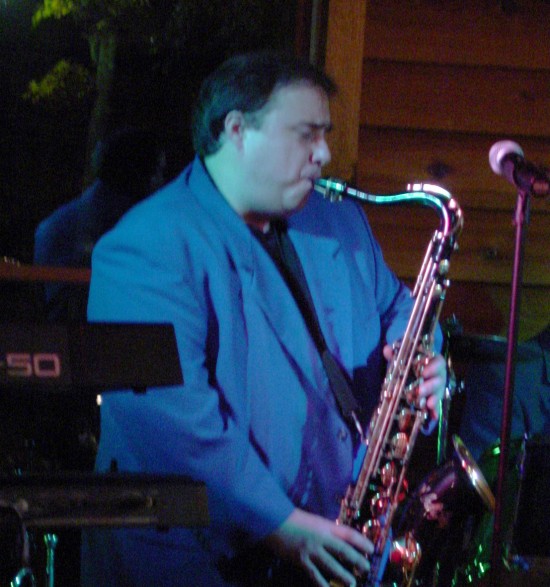 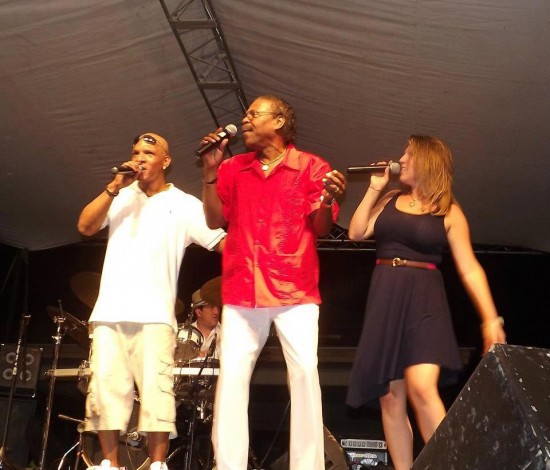 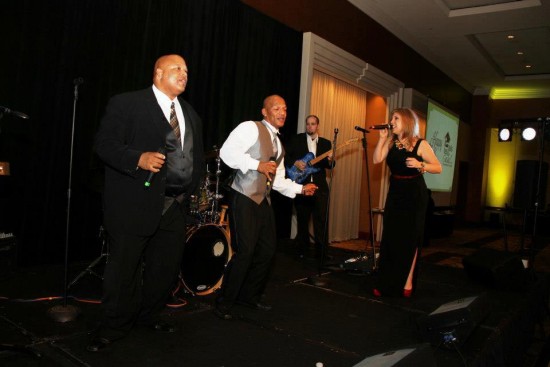 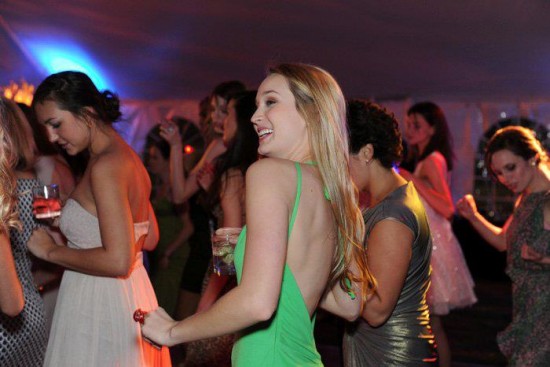 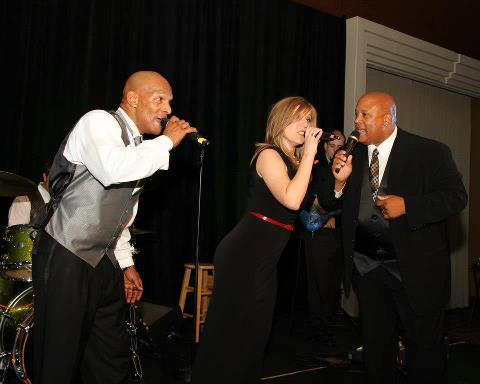 For more than fifteen years, FlashBack the party band has been instrumental in creating truly memorable celebrations throughout the Southeast. FlashBack takes you through decades of classics; from the best of motown, beach, disco, pop and rock from the 70's to today's top 40. This party band showcases phenomenal musicians, clever choreography, breathtaking vocals and horns all in a six member package! FlashBack exceeds your every expectation and ensures that your guests have the time of their lives. Perfect for any event that requires flexibility, variety, dependability, high energy, talent and fun from a band that will always fill the floor and have the crowd asking for more - FlashBack!

Everything went well. Monty communicated their needs. They set up quickly. Presented a great image and brought a lot of energy to the party. The dance floor was full. Thanks.

Always expect the best. Most of our business is repeat work from a job well done.

For more than fifteen years, Flashback, the Party Band, has been instrumental in creating truly memorable celebrations throughout the Southeast.

"Hire them & invite us to your event so we can hear this great band again!!"
"Best band ever!"
"Dance floor was packed all night!"
"Did not want the night to end!"
"Can't say enough, they made our reception a blast!"

- are just a few of the quotes from the hundreds of superior reviews FlashBack has earned.

FlashBack takes you through decades of classics; from the best of motown, beach, disco, pop and rock from the 70's to today's top 40. The band can start an evening with cocktail / dinner music including classics such as "At Last" and "It Had To Be You," and finish the night with the audience on the floor dancing and singing along with "Don't Stop Believing, Shout, Rolling In The Deep, I Feel Good, Bust a Move" or even a skit to pay tribute to Michael Jackson!

This party band showcases phenomenal musicians, clever choreography, breathtaking vocals, and carefully chosen medleys of all your favorite songs. FlashBack exceeds your every expectation and ensures that your guests have the time of their lives. Each of the seasoned musicians in FlashBack bring years of experience and unimaginable talent to the stage.

The core band consists of Lead Vocalist, Horn Player, and Keyboardist, Dwane Abney, Lead Vocalists Jessica Moore and Reggie Brown, Guitarist and Vocalist, Chris Greene, High-Energy Drummer, Mike Graci, and Vocalist Monty Johnston, who also plays the Keyboards and a variety of Horns. Male and female lead vocals, instrumentation that includes horns and incredibly gifted and talented musicians on drums and guitar allows for a six piece group to provide sound and show that is usually only found in groups consisting of ten or more members.

During a four hour performance, FlashBack will only take two - fifteen minute breaks. The band does provide "DJ" services during those breaks. It is standard for the group to make announcements and/or introductions as requested. FlashBack has earned a reputation of being "neat and dependable" by always being on time and professional in appearance, and attitude, from set up to tear down. If there are special requested songs for the event, the band will learn those requests if they are made within a reasonable time before the date of the event.

Make your party planning less stressful by hiring a group of professionals that know what it takes for entertainment to make a party a success! FlashBack the party band is ready to entertain you!

Equipment is new and efficient. The band provides its own sound and lights. Two 110 outlets on different breakers provides plenty of power for sound and lights. A sound company is available for outdoor shows that expect a crowd of more than 2000. Their power requirements will be made upon request. Stage is not required, but optimum stage size is at least 8' x 12'. Sound board is run from stage. If FlashBack is hired for an outdoor event, performance is subject to weather and cover is requested to protect equipment from sun and water.