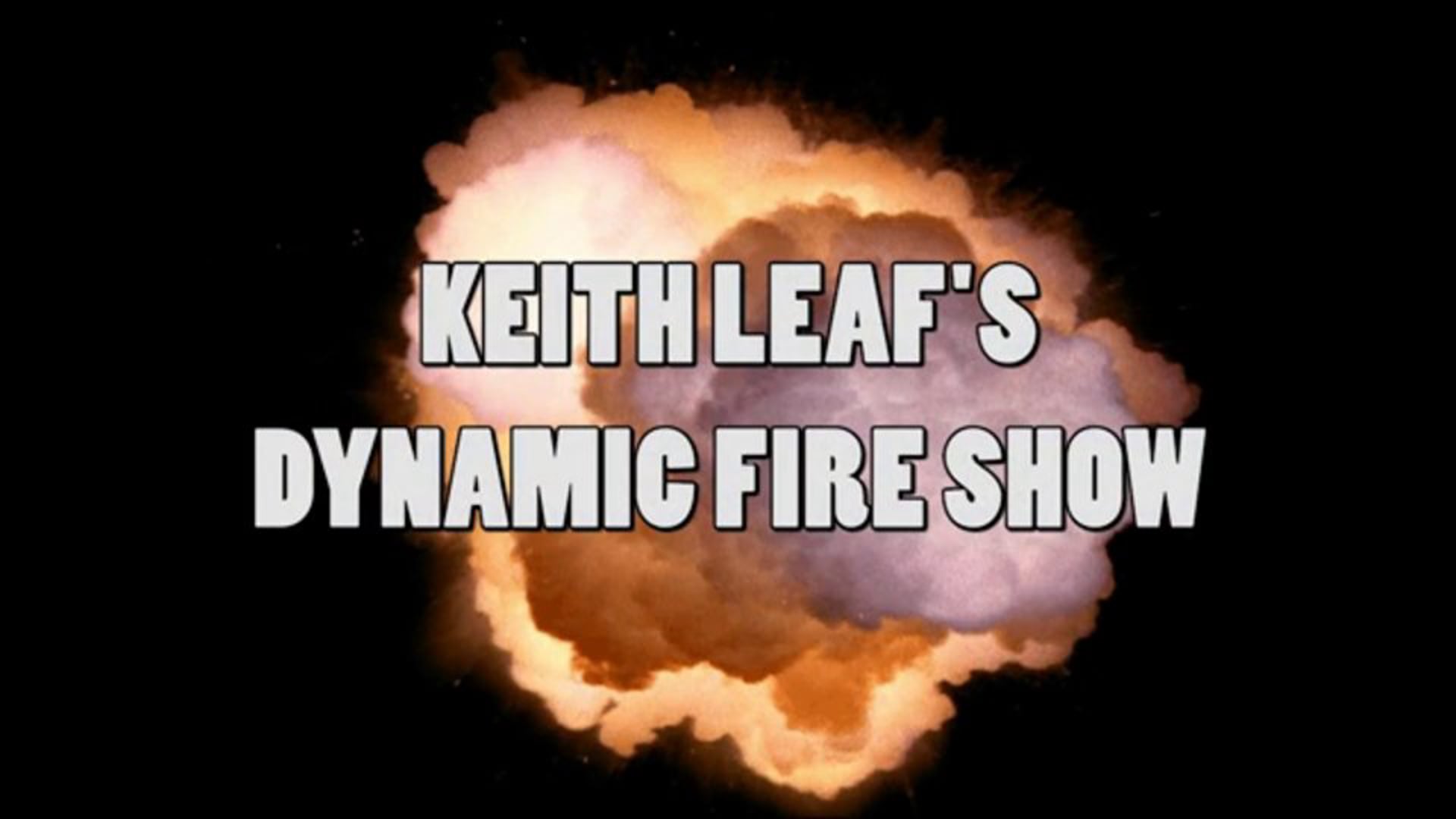 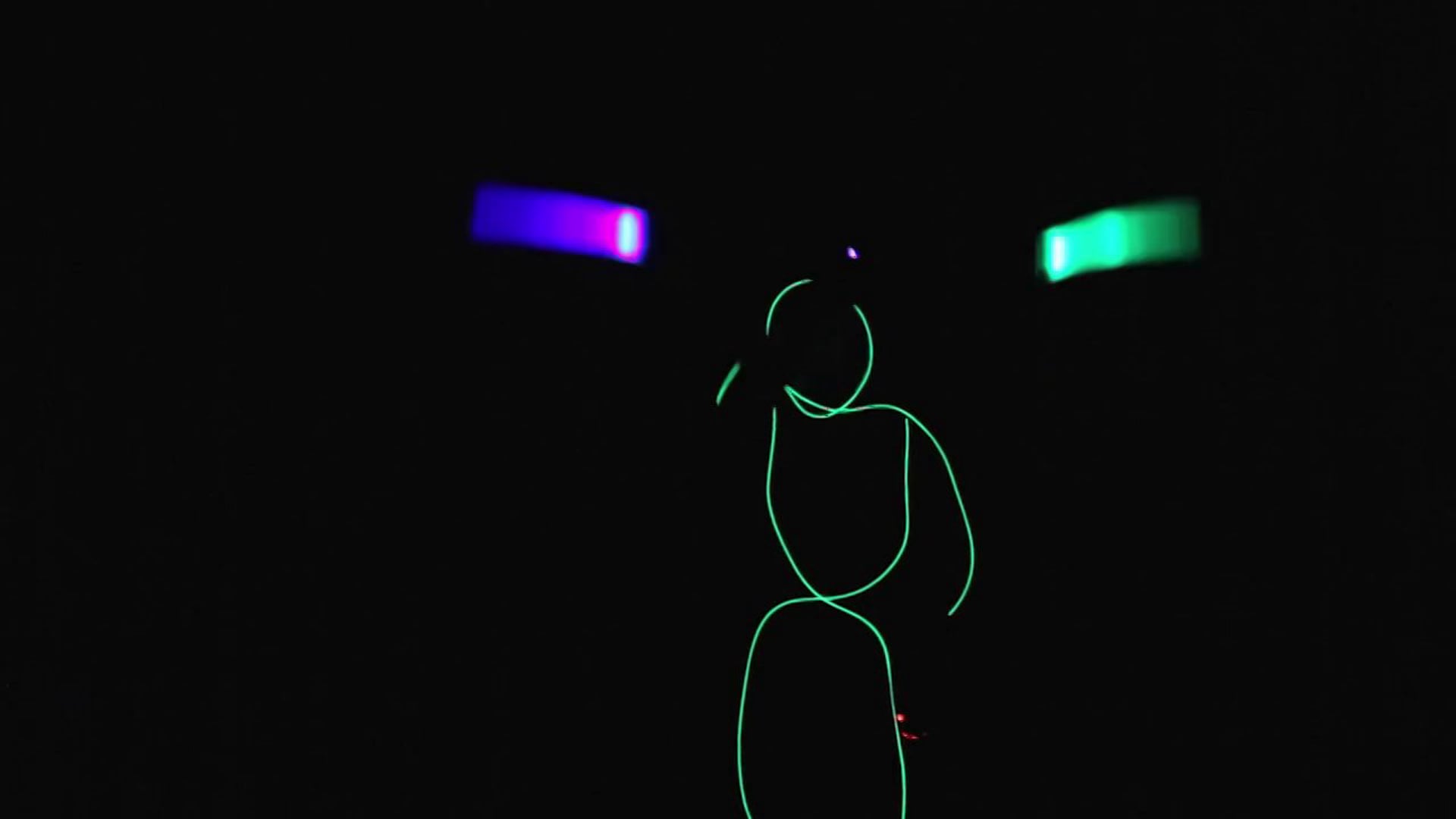 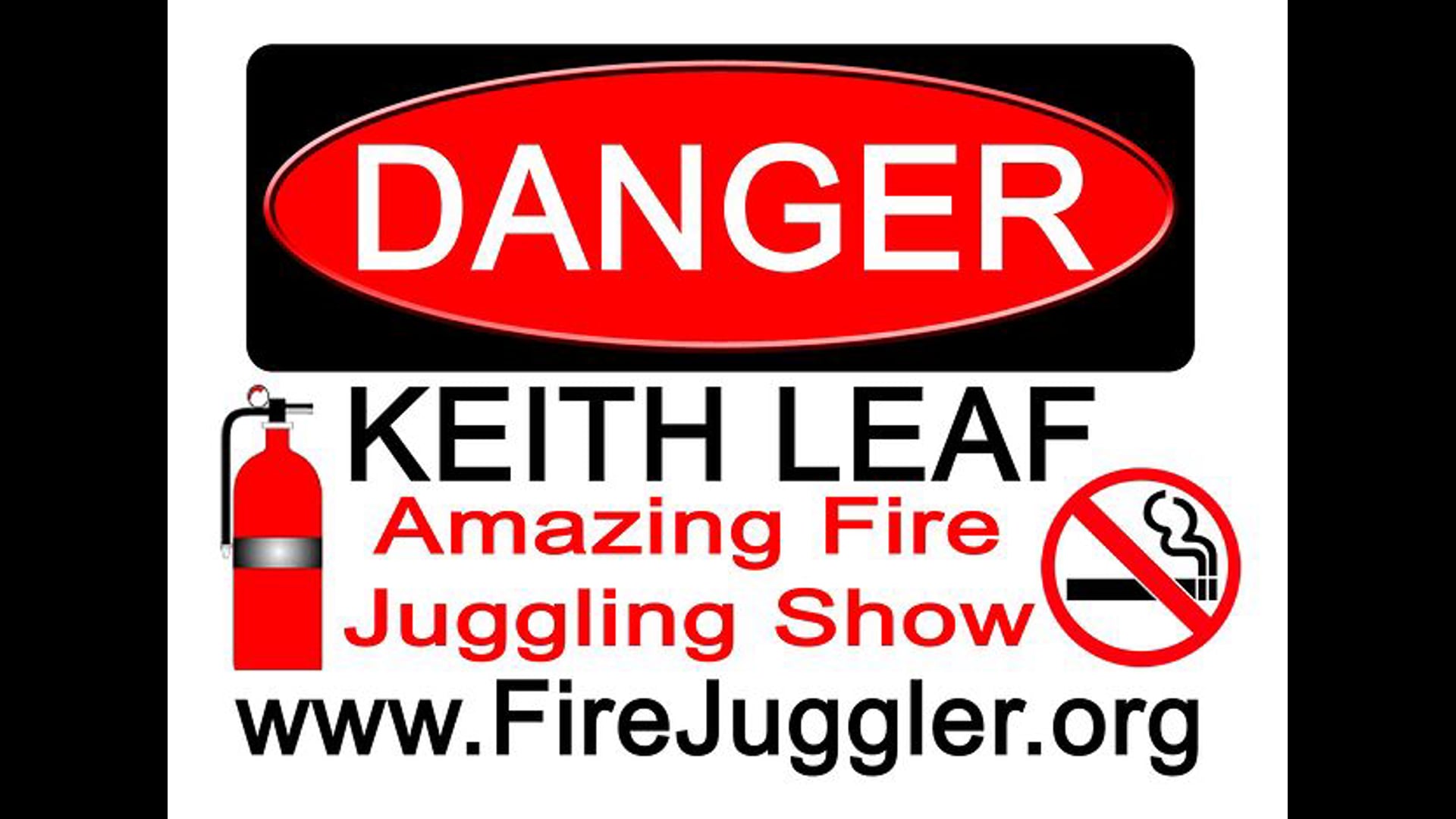 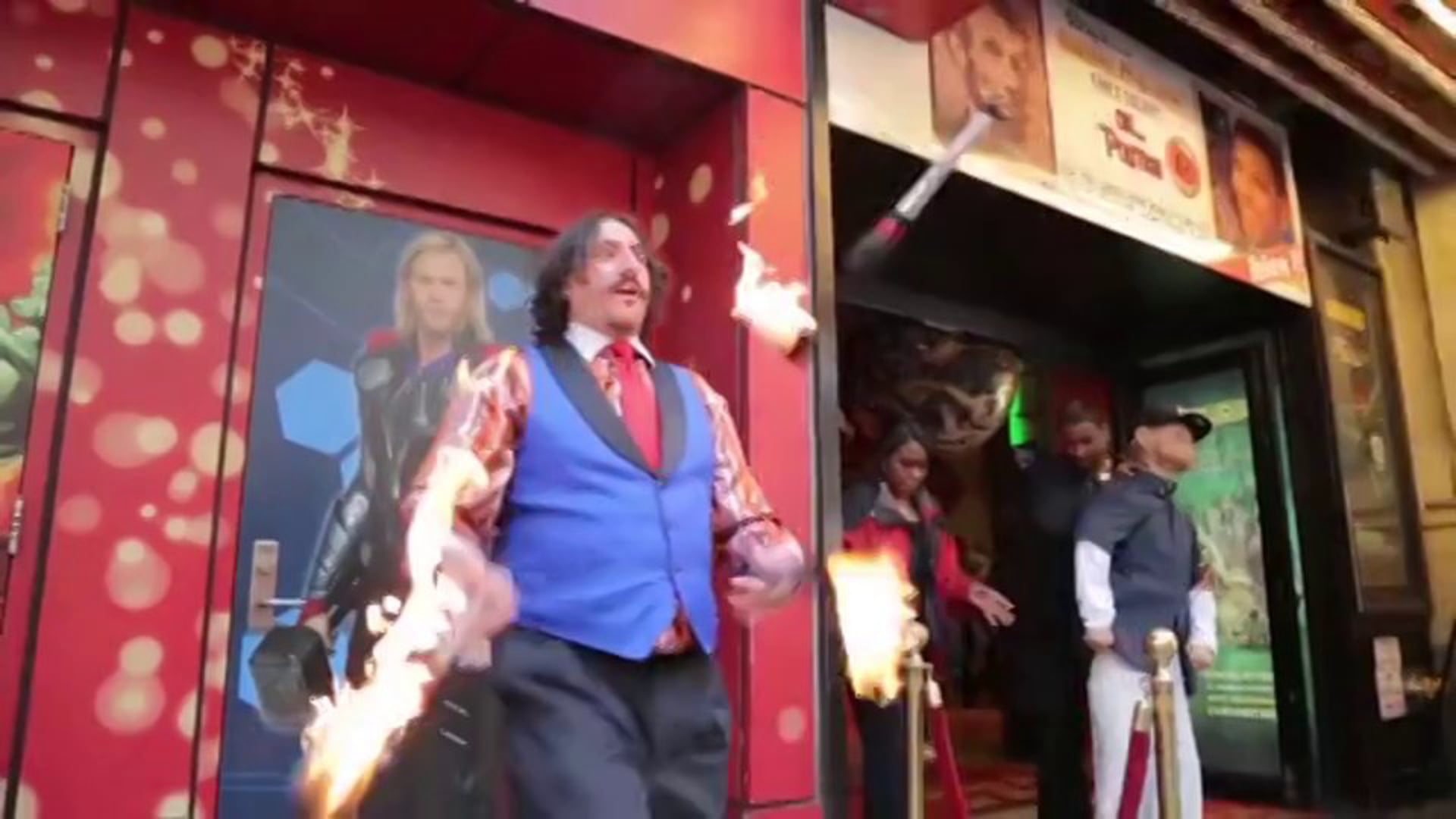 'Ripley's Believe it or not' 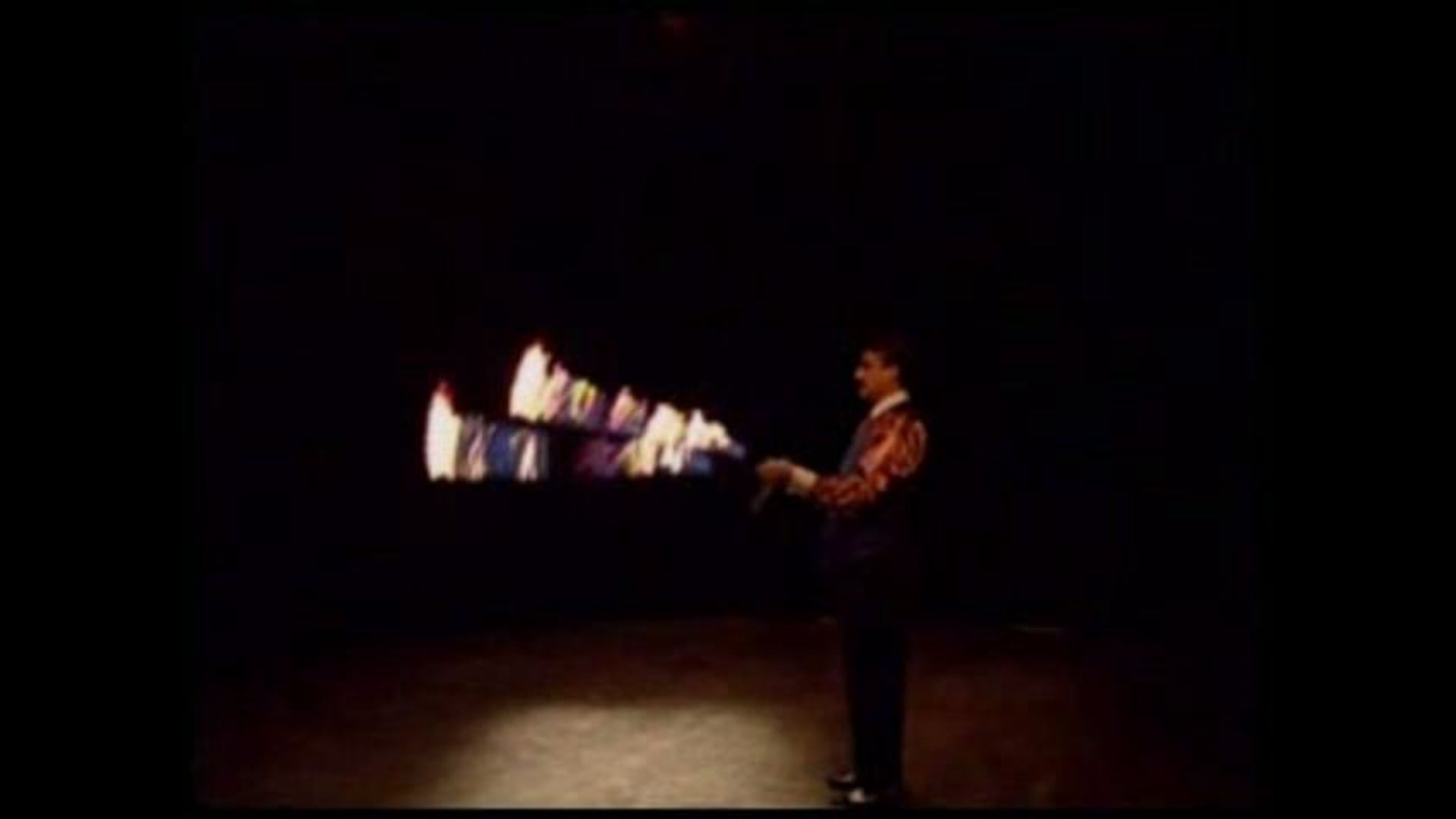 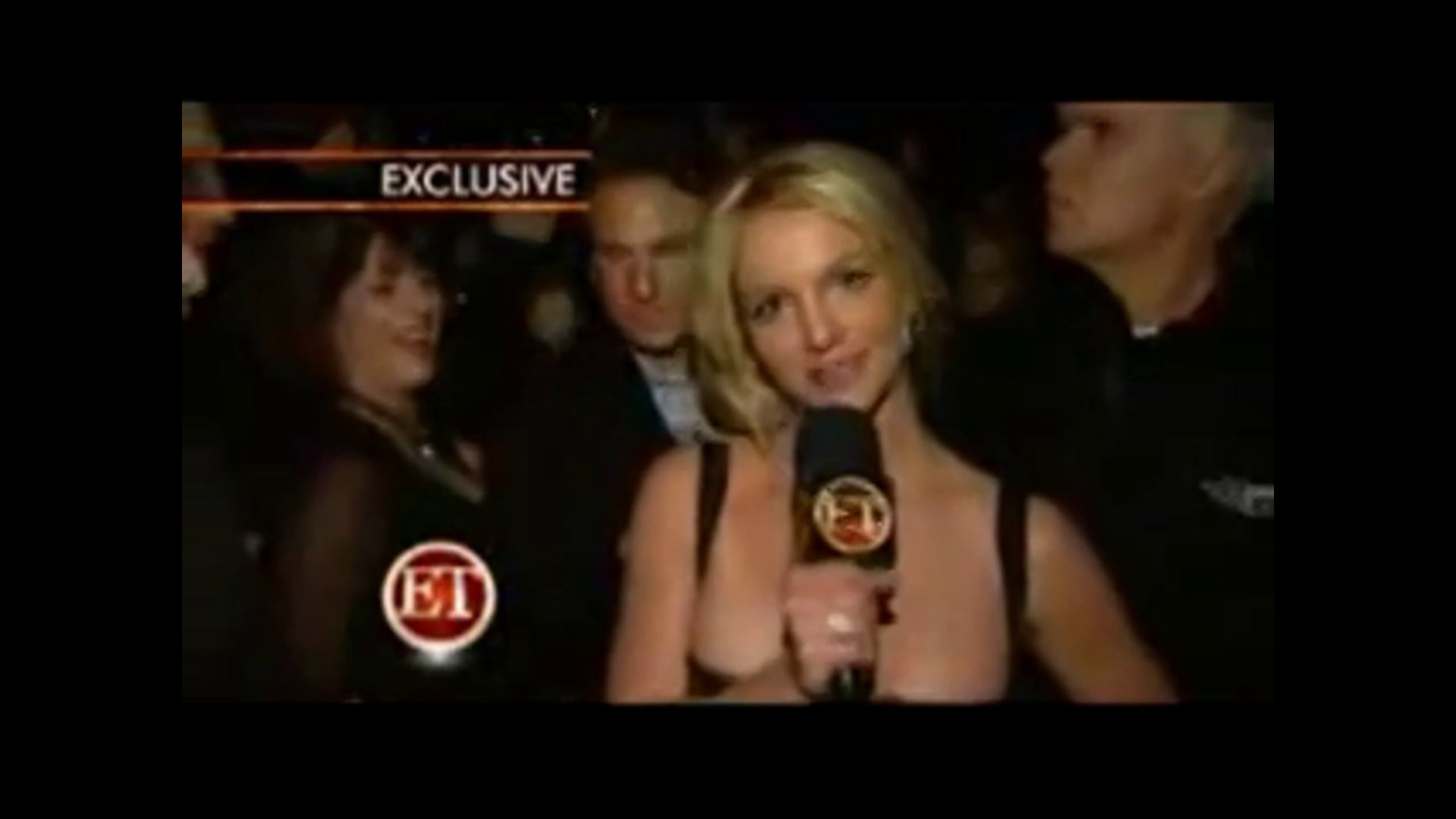 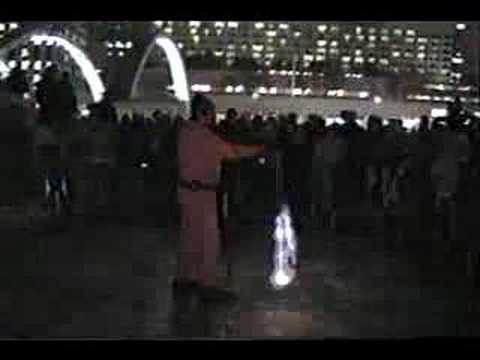 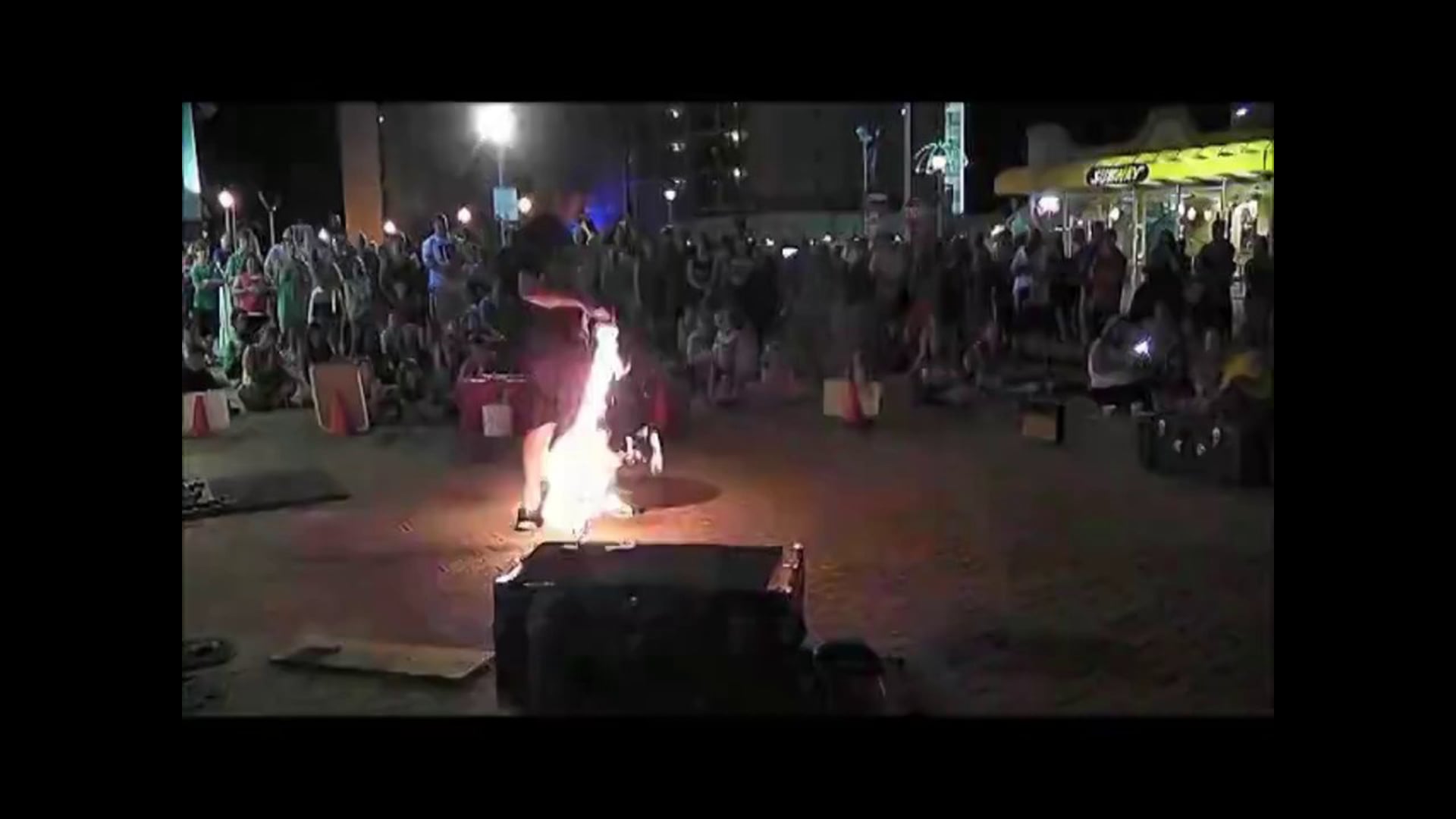 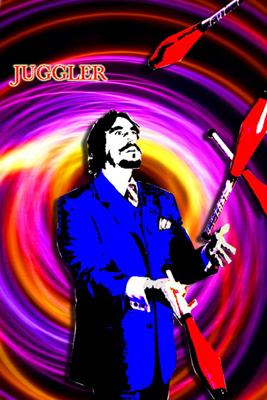 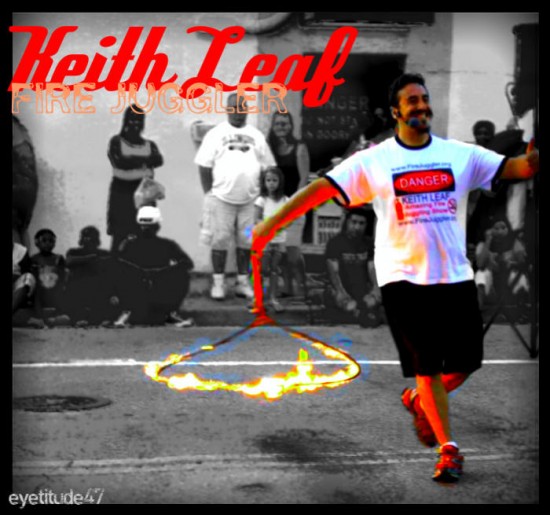 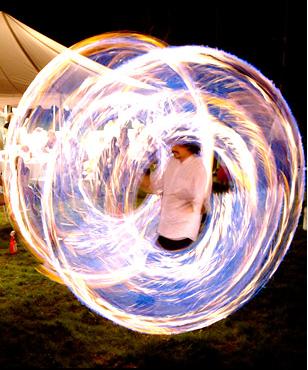 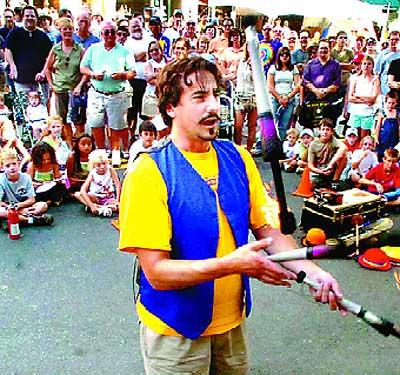 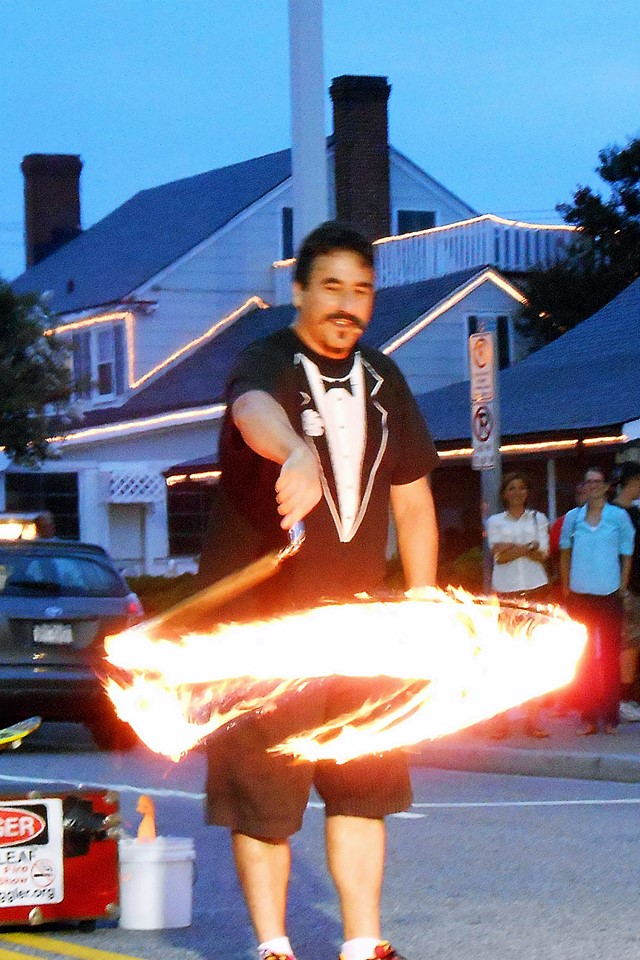 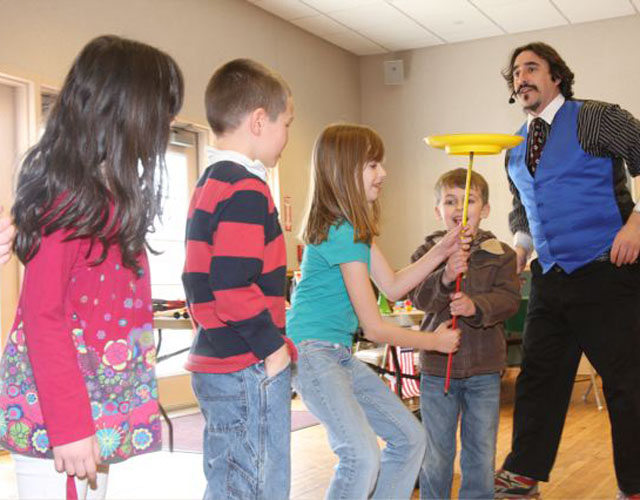 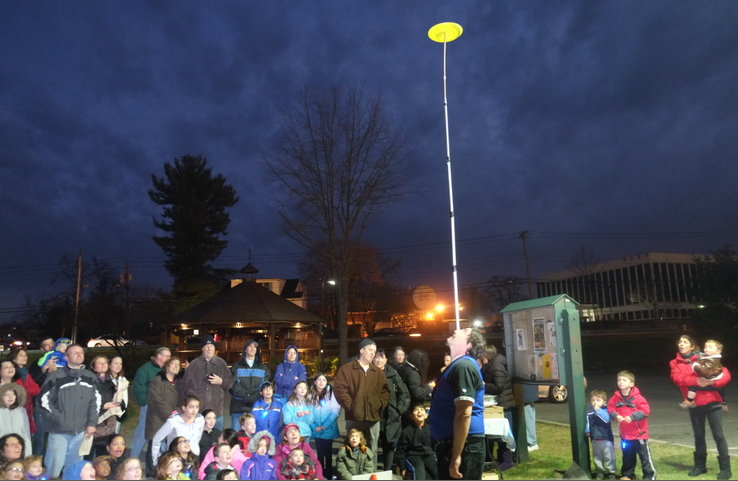 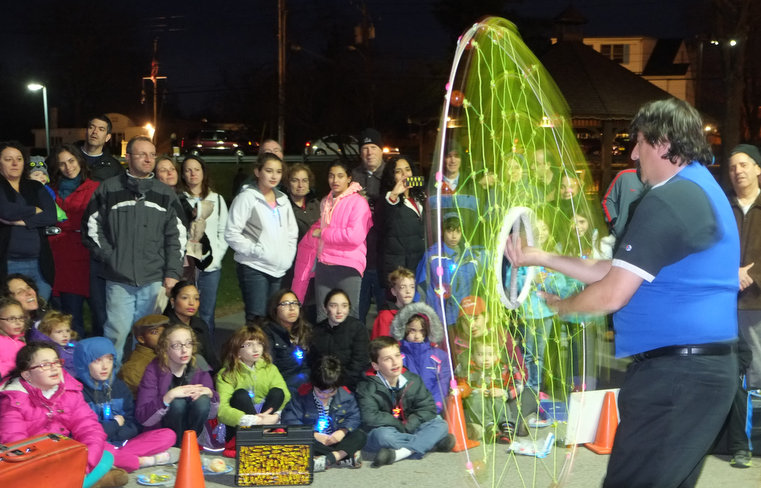 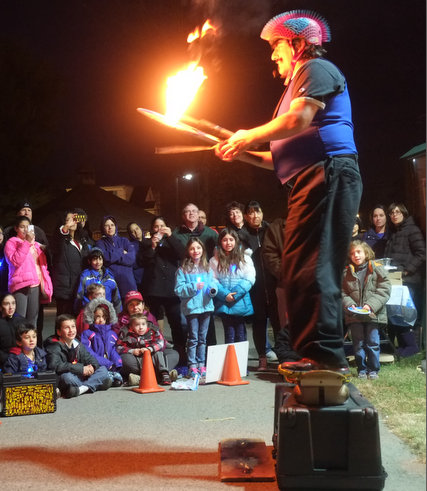 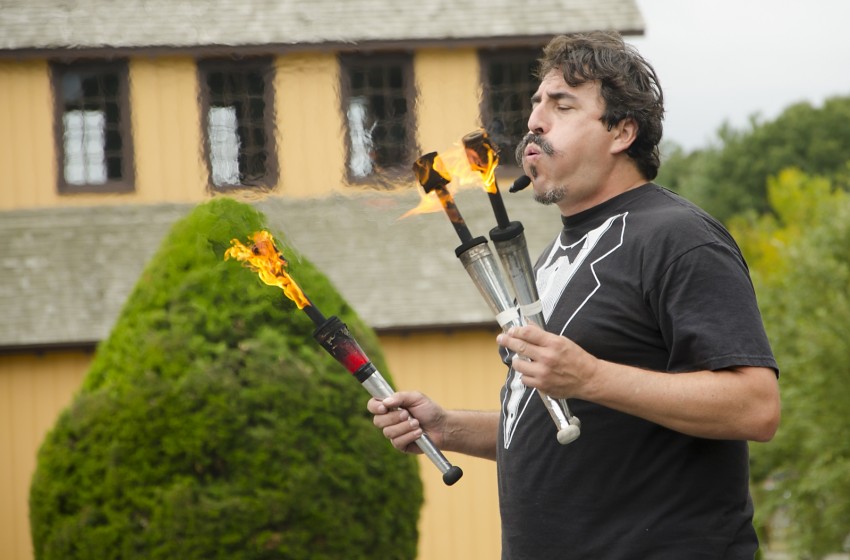 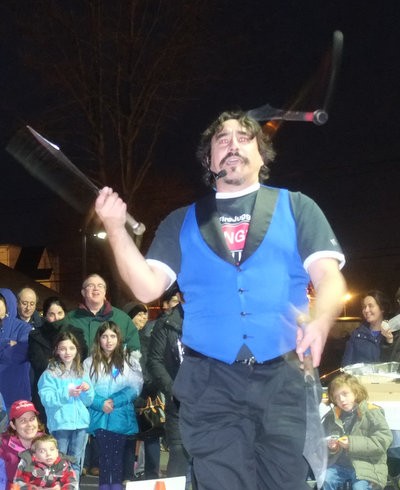 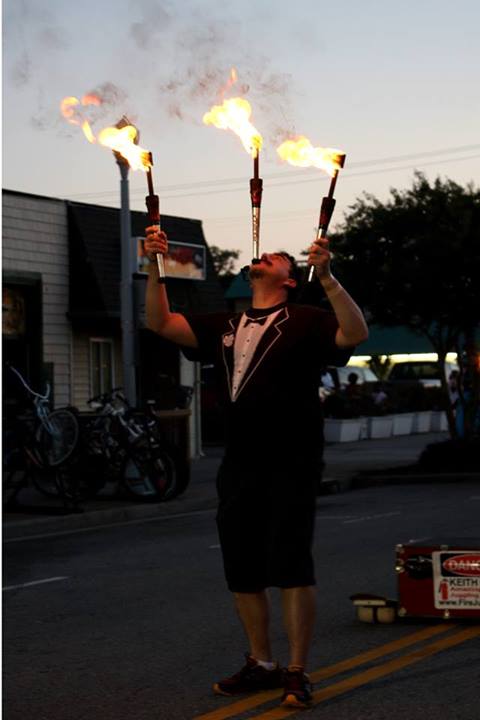 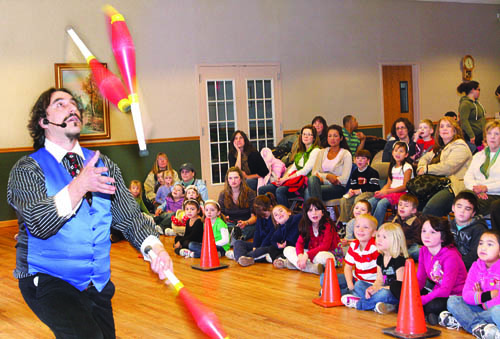 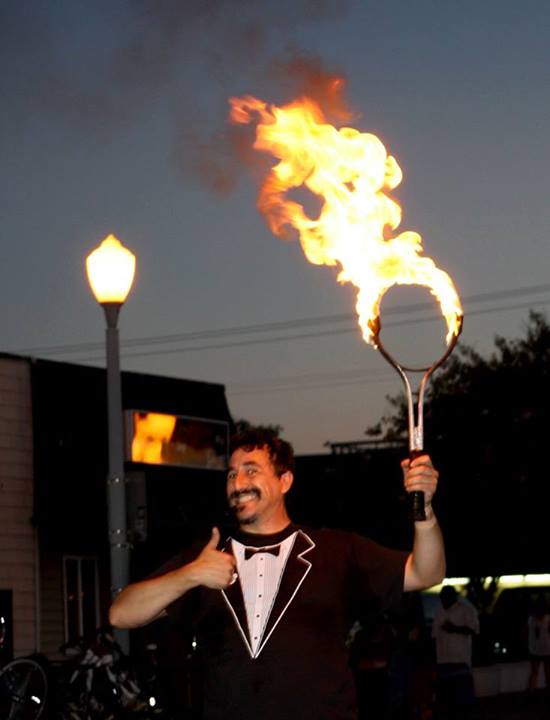 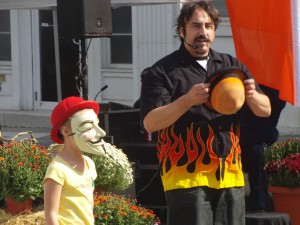 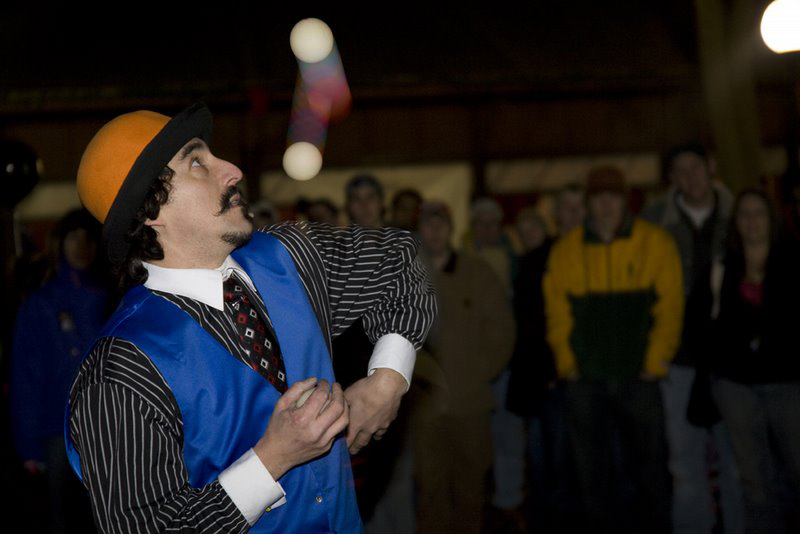 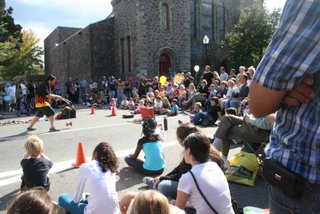 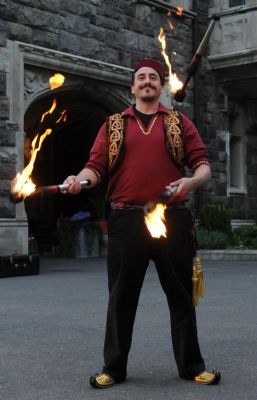 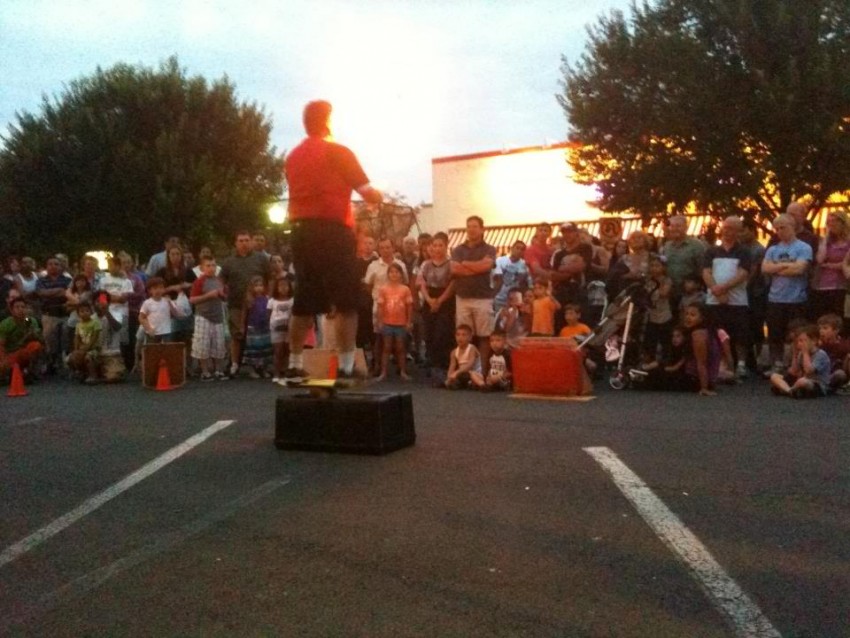 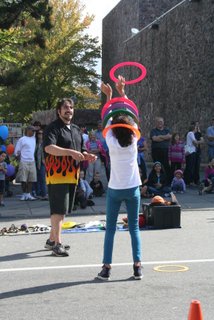 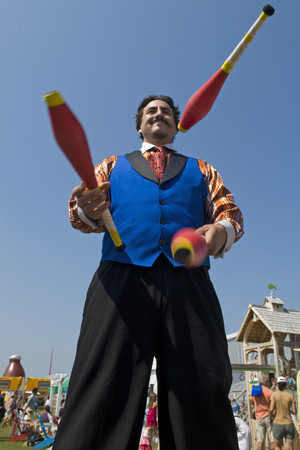 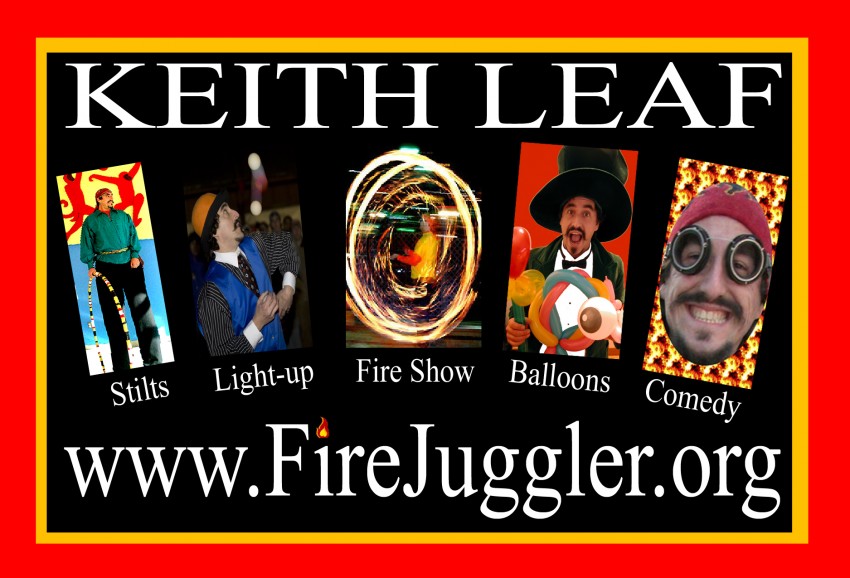 Keith was phenomenal and even exceeded our high expectations. His show is engaging exciting and different. he held the crowd of a few hundred fully entertained from beginning to end. He came early to set up and although our setup wasn't what he was used to, he made it work for us. We highly recommend Keith!

Hello Moshe, Thanks you very much! for you great review, it was a pleasure working with you and performing for your organization.
All the Best
Keith Leaf - Amazing Fire Juggler

I would highly recommend Keith Leaf for another event. He was entertaining and very informative for the 60 plus graduate school physical education teachers that attended the event.
A highly skilled performer!
Sincerely,
Rhonda Clements, Professor or Physical Education at Manhattanville College

Keith was very communicative when planning, adaptable to our fundraiser idea, arrived early, and everyone had a great time at the event. They especially loved his fish on a fishing pole balloon animals!

Hello Cori,
Thank you so much for having me at your fundraiser event and complementing my communication skills and adaptability.
I always get to performances earlier so client is at ease, and yes great time as had by all including myself.
Thank you very much,
Keith Leaf - Amazing Fire Juggler and Balloon Sculpting Artist

We had Keith perform for our sons 1st Birthday. I have never seen young kids (ages 1-12) not get up during a performance. He did a great job! He held the kids attention, as well as the adults. If you're looking for a fun juggling act with other cool things going on, he is your guy!

What a great show!

Keith juggled for my step sons birthday last year. Both the kids and adults had a great time - he was professional, funny and great with children. Highly recommend!

Fun For All Ages Again and Again

I have seen Keith perform at public events many times, I have hired him for my private parties, and I have been to other parties where he performs. Every time I see him perform, I find something new to appreciate because he adds new jokes and tricks, because his routines are so fun to watch, and because he brings skill, humor, and cultural understanding to his shows. I love how he manipulates different objects, how he creates patterns with fire and motion, and how he peppers his shows with jokes. I also love how he synchronizes his routines with his music. And, I love watching him teach other how to juggle. He is such a great teacher; you can see his love for teaching and his love for juggling come through. Whenever I have seen him perform—at libraries, birthday parties, street fairs, weddings, and music festivals, he keeps audiences of all ages entertained.

Hello Stephanie, thank you for your kind words and for your awesome review. I hope to see you here at my next event in the Hamptons. Until then wishing you all the best, Keith Leaf - Amazing Fire Juggler

We had Keith Leaf perform at our sons 8th birthday party and he made the day! From stilts, lasso and ring tricks to balloon animals and a juggling performance, Keith kept our spirited crew entertained and laughing the entire time he was here. So happy we engaged him; professional, fun & a master of his craft! Thank you, Keith!!!!

Hey Lynn, Thank you so much for your review.
Truman's birthday was wild and a heap of fun.
Looking forward to performing the fire show for you guys next time.
All the best to you and the family
Keith Leaf - Amazing Fire Juggler

Keith almost burned one of the children

Performer almost hurt one of the children

"Almost” my safety cones prevented this, Thankfully nobody hurt, i immediately made sure, Performance space requested 20’ but big tree and inflatable bouncy slide blocking most of it. Client: 'That is correct you did have limited space’.

On time and kept the kids entertained the entire time

A good time was had by all.

Fire juggling while at the same time amusing our guests with enjoyable corny jokes. Total crowd pleaser. All our guests very much enjoyed the showmanship.

Keith did 3 shows for us for children from Kim kindergarten through 5th grade. The children were engaged the entire time. Keith and Natalie McFancy were professional and did an awesome job for us.

Was professional, accommodating and a pleasure to work with

Hi Chani,
Thanks for having me at your holiday event. Happy I was able to make it more special with my Dynamic Fire juggling and Electric light-up show. As we walked about, looking forward to more performance with you in the future.
All my Best, Keith Leaf - Amazing Fire Juggler

Keith is funny, entertaining, and a true "people person" who enjoys what he does. As manager of the Village Stage at the 2013 Pleasant ville Music Festival, I was impressed by Keith's promptness, professionalism, and skills as an entertainer. I highly recommend Keith Leaf."

Insurance: $3,000,000 - There is no charge for additional insured certificate

Keith's juggling odyssey began 20 years ago with a trip around the world and has never stopped. THE FLAMING SLINKY OF DEATH, blazing meteor balls, fire dog leashes, flaming tennis rackets and fire staffs are some of the exotic props in his dynamic fire show. His comedy juggling show is great fun for children and adults. He juggles 6 balls, 5 clubs and for a grand finale, 3 sharp knives or three different objects while balancing on a rola bola. You will laugh till you cry!

Perhaps you've seen Keith Leaf in the newspaper or TV. Maybe you think you have seen him in person. "Oh yeah, I saw a juggler with a mustache and goatee light stuff on fire once." To be completely sure, that the magnificent act was Keith, you can book him now for your next event. Or perhaps, you were at one of these events: