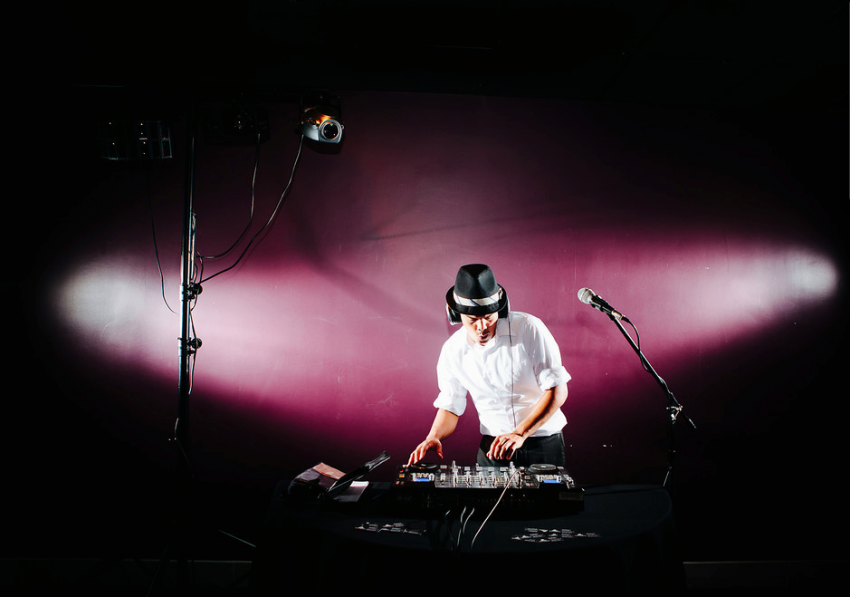 Paul Carganilla has worked as an improvisational performer for the Walt Disney Company since 2005. A well-rounded entertainer, Paul works as an actor, writer, and independent film producer. In 2008, Paul DJ'ed his first wedding for a friend, and has since become one of the most in-demand wedding DJ's in Ventura & Orange Counties.

Be the first to review Fedora DJ Paul

I was born & raised in Simi Valley, California. In high school, I explored many creative ventures, serving as Historian of the Drama Club, President of the Chamber Choir, and Drum Major of the marching band. In college, while playing trumpet in the Guys & Dolls orchestra pit, I realized how much I wanted to be on stage. In the following years, I was accepted to UCLA's theater program and won five national gold medals in Oral Interpretation. In 2005, I was hired by the Walt Disney Company as an actor, emcee, and improvisational comedian. I continue to work with Disney as a professional performer to this day.

In the summer of 2008, a college friend asked me to DJ her wedding. We had done shows together and she loved my personality, my voice, and my improvisational skills. Her wedding was a blast, and throughout the evening, many guests approached me for business cards. That's when it dawned on me... This is the coolest job ever!