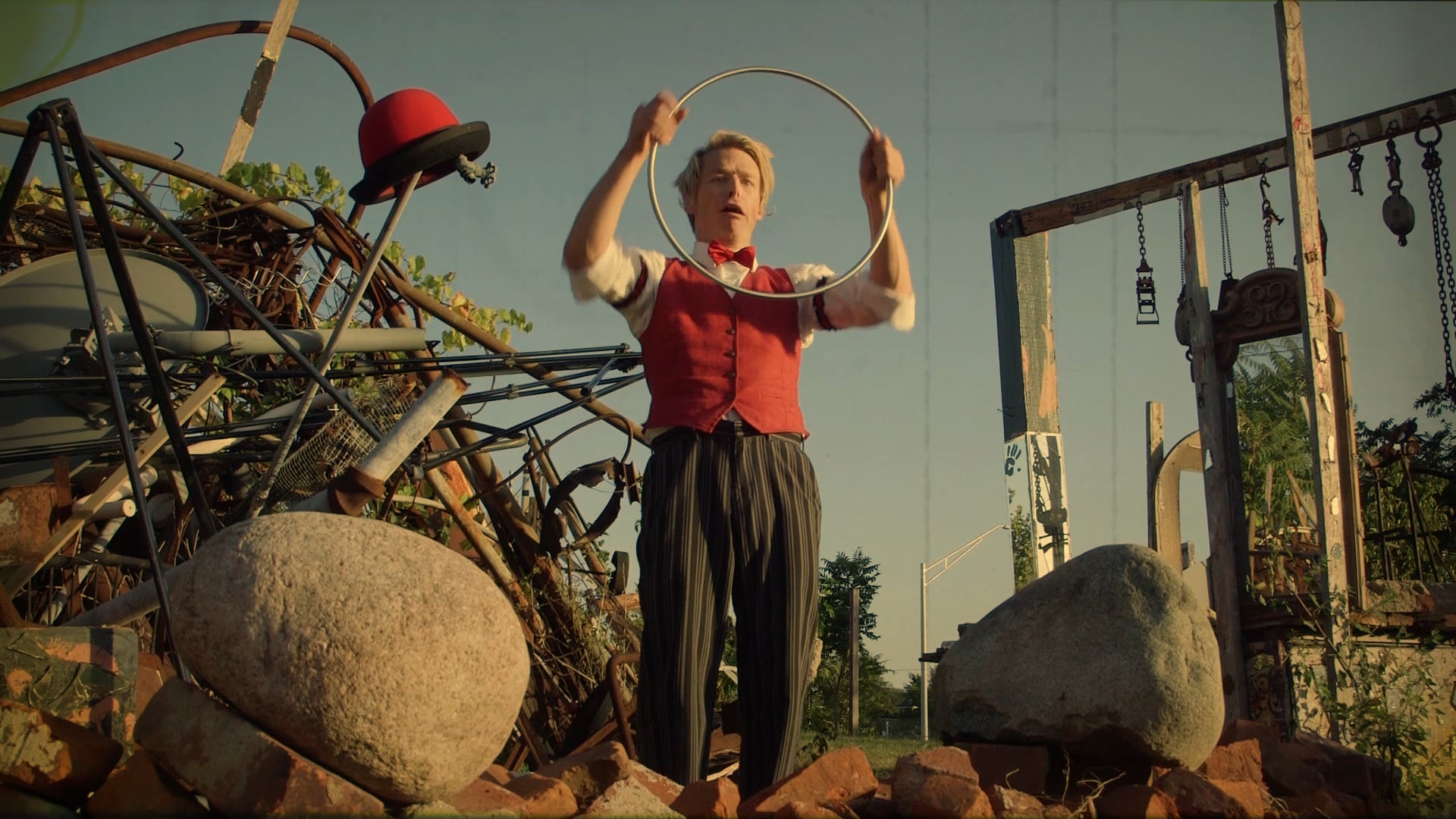 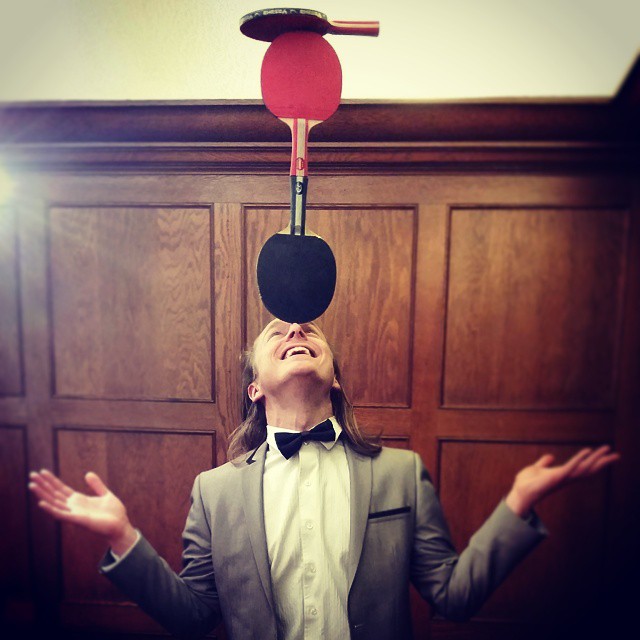 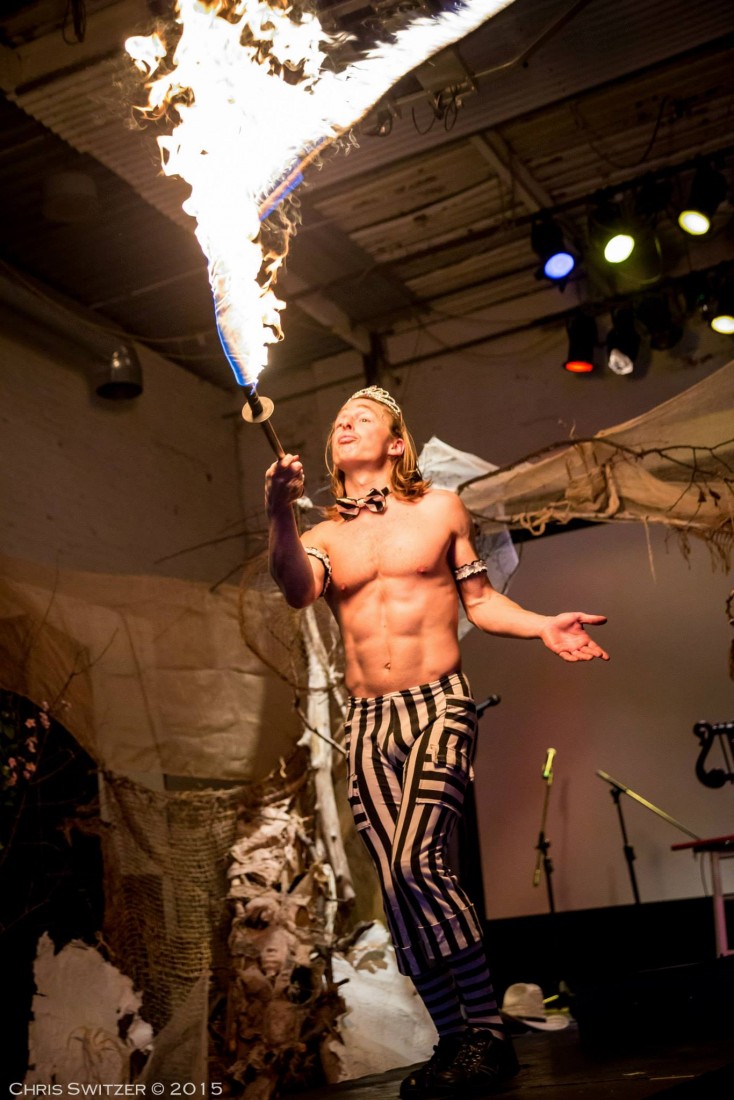 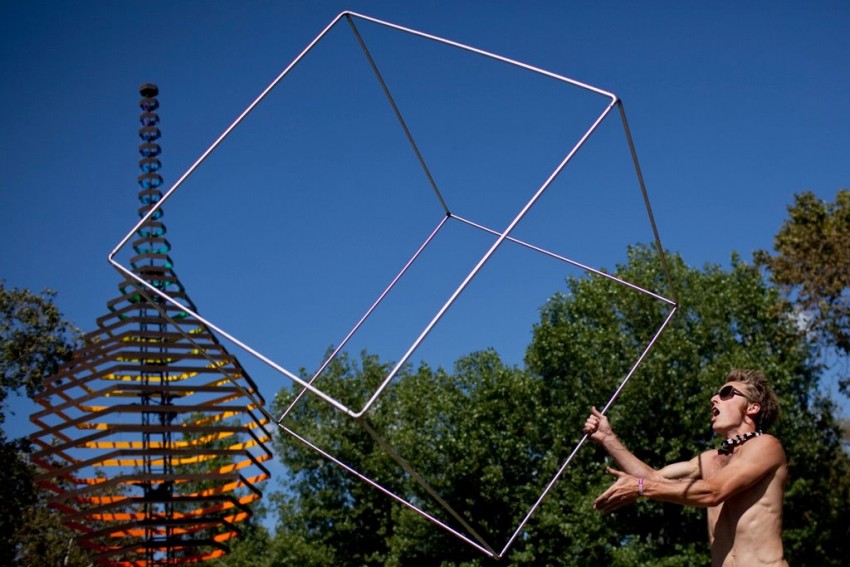 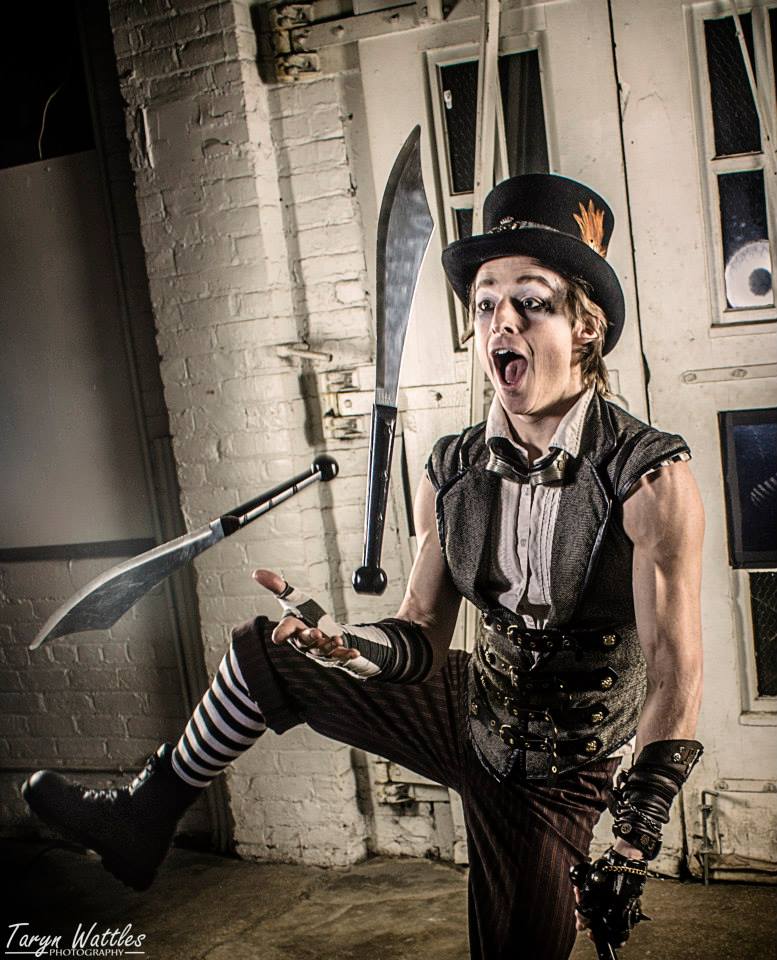 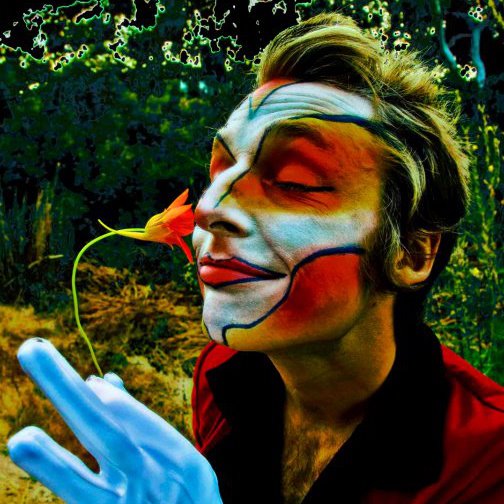 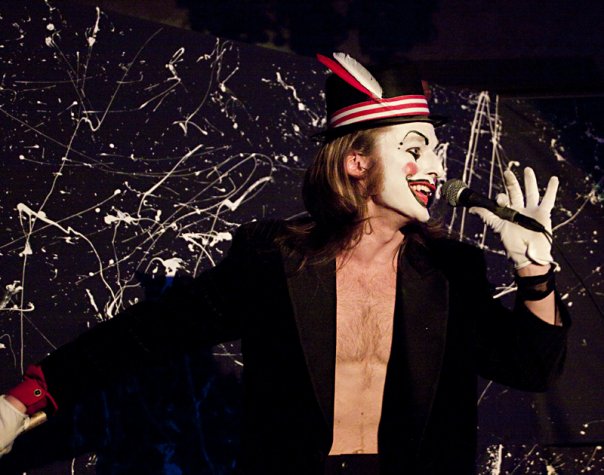 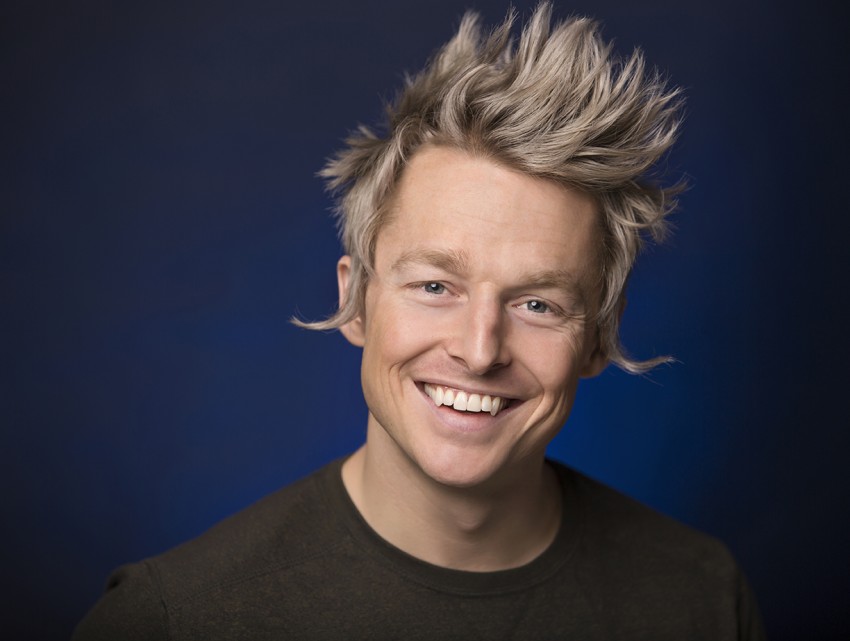 Eric Scott Baker has over 11 years of professional experience with circus, acting, and performance art... but he's been a fun-loving goofball his entire life!

Whether you want one of his high-energy stage shows, or imagine him strolling through your event delighting all the guests, Eric is an unforgettable entertainer! He performs as a wide variety of characters, and he also showcases a plethora of skills: Juggling, light performance, fire performance, illusionary object manipulation, stilt walking, whip cracking, and more!

Looking for something specific? Don't be afraid to ask!

Eric is everything his reviews say he is and more. His ability to "read the room" and adjust to different situations was very impressive. An absolute joy to work with and very easy going. Really brought our party together! Highly Recommended!

We brought in Eric from Detroit to Cleveland and Eric did strolling performance on stilts for the first 20 minutes while the guests walked in. Eric is able to walk on stilts like you and me walk on the floor!
Then Eric performed a show for us with knives, fire and all these cool things that I never even heard of. A ton of unique items that created an exotic show. From kids to adults, they loved Eric's time by us from beginning to end. I definitely want to bring him back. Thank you!
Eric's promo video is no exaggeration. He is as good as he looks in his video, and better

PHENOMINAL. WILL BE BOOKING AGAIN.

Eric was not only super professional, but you could tell he is such a vet and what he does. From his facial expressions, to interacting with the crowd - Eric was a true star! He was the absolute LIFE of our private event and every customer we chatted with raved about his performance! He is more than worth the investment.

We hired Eric for my daughter and her best friends 7th circus theme birthday party. I have never been to a kids birthday party where all the children sat still in amazement for such a long time period. They cheered, they interacted, and best of all had a great time. Eric performed on stilts, he balanced objects, he juggled, he performed with fire, he entertained! The party he brought was money well spent! Our crowd couldn’t stop talking about him after he left, and we are still talking days later! His show was enjoyed by kids and adults alike! He was so easy to communicate with, very personable, and professional. Thank you so much for making this a party our girls and their friends will never forget.

I hired Eric Scott Baker as a performer for a circus-themed event for a retirement home. From initial communication and booking, to meeting and setting up for his performance, to accommodating my ideas and adding additional strolling entertainment, to even recommending a fellow artist when I was looking for more talent, Eric was all around phenomenal! Everyone was blown away by his versatility and he was truly mesmerizing to watch while in his element! I will be hiring him again and highly recommend for entertainment needs. Thank you, Eric!

Thank you so much Jessica! You and your team were so incredibly friendly and accommodating! I’m looking forward to performing at your next event

Eric Scott Baker was a true professional! He was easy to communicate with, arrived on time and was the life of the fundraiser. He engaged the crowd, worked the room and complimented the Mardi Gras theme. We will definitely be using Eric Scott Baker again and referring him to everyone!!

Eric arrived promptly and greeted us with such excitement and enthusiasm he quickly became one of our best friends throughout the night. His performances were spectacular and the interaction with the guests was very easy and comfortable. I can't tell you how many guests commented that evening, and continue to send notes, about how entertaining Eric was. I wish he could have stayed all night....not to only perform but to have fun. Definitely recommend Eric for your event.

This is the second year we have hired Eric to be our strolling entertainer. He is professional, personable, incredibly easy to work with, and an exceptional entertainer. He will be a great addition to any event.

Star of the party

Eric just came right in and was in the zone. He floated about bringing smiles and amazement. Eric’s talents and creativity are only rivaled by his cool vibe. A must at any event . If you get him on the dance floor with stilts, he will light up the room!

Thanks, Tate! It’s easy to create a fun vibe when there’s such a great crowd! I really enjoyed your event! Thanks for having me.

Eric was fun and entertaining, adapted perfectly to the crowd, never missed a beat! Thank you!

This guy was the hit of the party! An absolute must have at your next event.

Eric Scott Baker was crazy talented. From start to finish Eric was professional, friendly, and always working. Honestly, Eric was the star of the day from juggling, fire, stilts, giant bubbles, mime....etc! We would love to have him back for future events. Simply amazing!

Eric was everything from a stilt Walker to a fire juggler to mime. What a wonderful addition to the event for all in attendance---you, old, and in
between. His energy and enthusiasm is second to one. Great job Eric!!

My Daughter and Her Guess had a Ball

Thanks Tammie! It was a pleasure performing for your family. Such a fun crowd!

Interactive talent. Worth every dollar plus a tip

Mr Baker travelled to Georgia to perform for a large party I was hosting. His strength and agility are evident to any fool who takes the time to look at him, but his charisma is his shining asset. You can see his charisma in photos, but that is like looking at photos of a sunrise. You really have to see it in person.

He told a story with his performance and he had the crowd's attention from the first act. I have seen acts of the same type on Americas Got Talent, and they have gone through several rounds, but Mr. Baker's act is the BEST I have ever seen.

I would certainly have him perform for us again. In fact, I have tried to book him every year since first seeing his act.

If I had anything negative to say about Mr. Baker, it has been difficult to book him in the past. His schedule was always too fluid to lock in a date more than a month or two in advance. However, as evidenced by this Facebook page, he has taken steps to formalize his business dealings.

I highly recommend Mr. Baker for any event where the goal is the entertainment of a group of people.