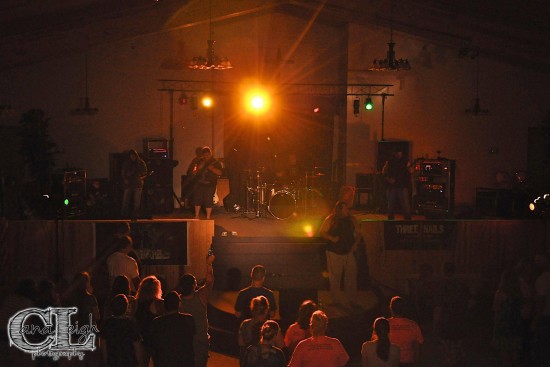 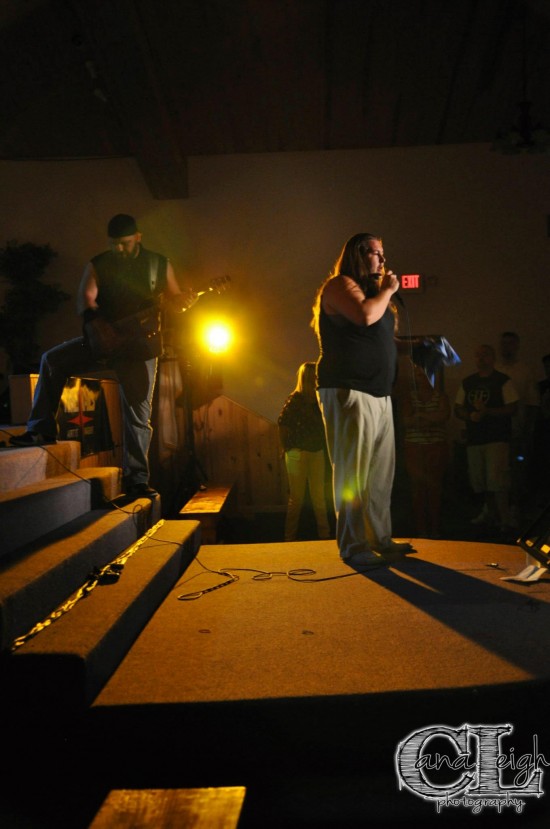 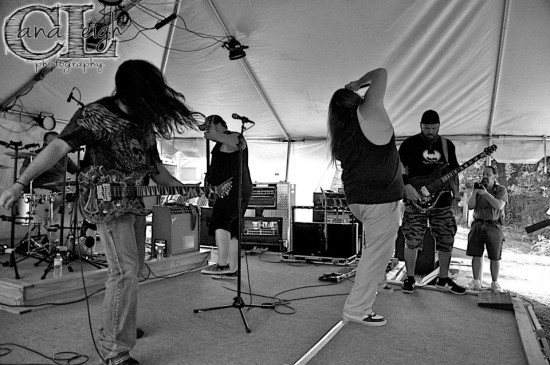 Encounter Eternal (EE) is a Christian alternative/hard rock band from Knoxville TN and will travel within 120 miles from Knoxville!
wEE also can provide our own lighting,effects and complete sound system for an additional fee beyond our $1200.00 min.
**Talent is Not responsible for expenses**

Music is one of the most powerful sources of social bonding! It can mend broken relationships, strengthen long-lasting ones; those who were once strangers are fast friends and are soon embracing each other; and lasting memories are made for everyone. And it often takes only one song to do all of that. Encounter Eternal never fails to do that and more. All of that was certainly revealed in one song: “Hypnotize,” with the banging of heads, shouting, cheering, strangers hugging each other, and raising of hands to the One they were singing it to. A huge thank you to Sidebrook Baptist Church for another great year of the Knox Rocks show.

Three things can describe this past Saturday night with Encounter Eternal: rain (again), ear plugs, and cameras. Needless to say, it was a rather wet night, with the almost continual pouring down of rain. But inside the “Esther 4:14” room at Morristown Church of God, God was raining down many blessings on those who came out to see them, as well as Dustin Greene, and The Shine Effect, both of whom made a point, sometimes more than once, to get everyone excited about sEEing Encounter Eternal. Prior to the show, the guys handed out ear plugs. After all, it was a rather small room, and they are, as you know, loud…but that’s why you come out to see them, right? The question now is: Who didn’t have a camera, other than the band members themselves? It’s a wonder that the band is not blinded now from all of the flashes. Great pictures were taken of some eternally wonderful times with them. Thank you to Morristown Church of God for a great night of ministry. If you didn’t get enough of Encounter Eternal, and would like to hear them again and hang out with them, join them next week at the Knox Rocks Festival this coming Saturday at 5 PM at Sidebrook Baptist Church in Knoxville.

Encounter Eternal at City on a Hill

Many thanks to everyone at City on a Hill and Rock it Out Walk it Out Ministry for having Encounter Eternal last night! All of you went the extra mile to make them feel welcome, allowing them to have a great time of ministry. On behalf of the band, thank you to those who came out to support them. Everyone did well in “shredding the stage,” with not only the air guitar contest just before they came on, but coming up close to the stage while they were. Encounter Eternal shredded the stage themselves in not only the simultaneous guitar solo that Dale Johnson and Paul Belcher did, and Jon Hopkins randomly singing “The wheels of a bus go ‘round and ‘round” during “Hypnotize,” but also in throwing guitar picks out to everyone. Jon introduced everyone to “Scars,’ a new song even to Hopkins himself that he had to get some of the lyrics from his cell phone. Talk about a band who’s not afraid of being themselves! Finally, and most importantly, to pray over them right after the show was a very true sign of respect, favor, and honor.

If you were chosen to be a guest at someone’s special event, I’m sure you would feel honored and humbly and enthusiastically accept their offer. That is exactly what Encounter Eternal did for Lighthouse Fellowship Church in Sevierville this past Saturday. Lighthouse Fellowship had just moved their church to a different location and wanted to host an event to get the fire burning for future events there. For some of the people who were there, they had seen Encounter Eternal at Jam 4 the Lamb back in October and remembered lead singer Jonathan Hopkins as “the guy who wore that jack-o-lantern t-shirt.” Jon outdid himself in being a “Jon of all blessings”, making it almost like a variety show. First of all, there were two words that must have spoken to many people there: “Be you.” This thought was further reinforced in their song “Enough is Enough”: “We are who we are, and we’re gonna stay.” The way that Jon applied this: while introducing the band, he made the audience laugh with them by mentioning Paul’s green guitar and Dale’s black guitar. As they were wrapping up, he encouraged everyone to buy their merchandise. But they did so in style: they got a young girl up there with them who was wearing one of their purple t-shirts. That developed into a hula-hoop show, with another young girl joining them, followed by a few others blowing bubbles and air jump-roping. So, if you ever need a band who can do more than just provide good music for your first, fifth, or even fiftieth annual celebration, Encounter Eternal is, as someone from the audience from the other night said, “the bomb.”

For those of you who have seen Encounter Eternal, you know how they go all-out for their fans. They will do whatever heroic act it takes to make sure that they get what they know their fans need from them. Yesterday, they ministered at an outdoor benefit concert for a little girl who is overcoming leukemia. On the way there, they had some difficulties with the wheel bearing of their trailer. Though this caused a slight delay in the start of this benefit concert, it did not stop them from getting to the park in Harriman. It was also very cold outside, but that did not stop these five men from doing what they were there to do, which was to show some brotherly love to a little girl, and also to warm the hearts of those who love the powerful messages in their songs who came out for this great cause.

As many of you know, the event that happened last night at Life Point Church in Lafollette, TN, had been canceled back in July. In my humble opinion, having to wait until last night to go to this event to see Encounter Eternal was almost unbearable for me. I love this band's music! Add to that my friendship with the band, and you couldn't blame me for having to anxiously wait nearly two months before I'd be able to see them again. In that time, Vance Moore came on board as the new bass player. Vance, we all wish you, as well as your family, a warm welcome to the band. If I do say so myself, you have enhanced the band's sound with your talents.
For those of you who were there last night, if you needed to let your hair hang down (literally and/or figuratively), or came feeling ashamed, hindrered, or even spiritually dry, I hope that Encounter Eternal's music, and what lead singer Jon Hopkins spoke about between songs, uplifted you. Having seen them four times already, their music may be hard and loud, but the messages in the songs, as well as what Jon shares between them, are very real and humble-just two of many things I like about them-and are things that have stuck with me over time.
While still on the subject of their songs, there were some new ones that they played. Though he hasn't gotten to where he has memorized the words, and in his dedication to have God speak to the audience through him, Jon sang some of the new ones. That he wasn't ashamed of needing to look at the lyrics he had written on paper spoke volumes to me. I am, for a lack of better words, a "reformed perfectionist"; seeing Jon do what he did has convinced me to apply that a little bit more to some areas my life.
If you were truly blessed with Encounter Eternal last night, or at any other time over the past few months, I have great news. You will more than likely see them quite a bit in the near future. After what I saw last night, I believe God is going to do great things through them. You can, as Jon said last night, "jump in and you'll still be okay."

It was a very hot day yesterday! If you were at the London Olympic Outreach at South Harriman Baptist Church last night for Christian Thomas Hawkins' mission trip, you probably would not have escaped the heat, in spite of being indoors. The temperature in the room seemed to rise when Affliction Asylum got up on the stage, and lead singer Jeremy Scott's souled out-ness (for a lack of better words
) was rather contagious. The presence of the LORD certainly filled the place, and the windows-what few there were in the room-almost shattered...But even more so when Encounter Eternal came up. Jon unashamedly danced before the LORD, revealed his honesty and transparency in his own walk with Him, and the messages in the songs really raised the roof. Something that I thought was rather touching was when Dale Johnson sat down with a young girl who was in a wheelchair. When they were about to sing "Lost and Confused", Jon-as well as some other people-noticed that I shouted, just as a way to let them know how much I love that song.
There is so much more I could say about Encounter Eternal, but words cannot come easily. Hopefully, wEE can see them again in Crossville on July 14th and get more of what God wants from us through the messages in their music. With that said, abundant blessings to Jon H., Dale, Paul, Jon A., and Craig.

Rock your socks off!

Encounter Eternal is awesome and will ROCK YOUR SOCKS OFF! They have such a powerful sound with uplifting, encouraging, and Truthful lyrics. It's nice to be able to get my Jesus/Rock fix all with the same band.They are Great men of God reaching out to a crowd that typically might never hear the word anywhere else. I am an EE fan for life!

Encounter Eternal (EE) is a Christian alternative/hard rock band from East TN formed by Paul Belcher and Dale Johnson in early 2012. The addition of Jonathan Allen, Jon Hopkins and Craig Latham came soon after. Both Paul and Dale, formerly of BRIM, supply the driving guitars. Jonathan, formerly of A Hero Remains, on bass and Craig on drums complete the hard-hitting rhythm section. The lead vocals of frontman Jon Hopkins add an original sound to this band. The positive message through thunderous riffs, soaring melodies and powerful lyrics will speak to the hearts and minds of all who listen to encourage an encounter with Christ that is everlasting. --Now to the King eternal, immortal, invisible, to God who alone is wise, be honor and glory forever and ever. Amen.--1 Timothy 1:17
***Encounter Eternal***

Xtreme Faith is a Contemporary Pop & Worship Group that has toured all over the USA for over 12 years and performed over 2,000 concerts. They have been with… 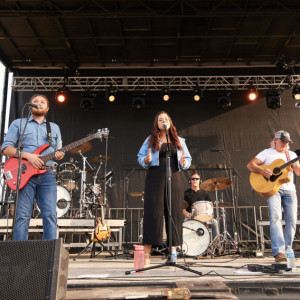 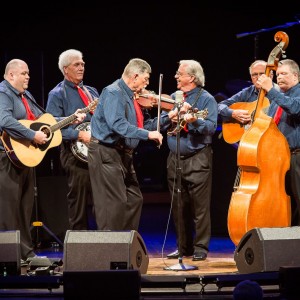 Randall G. said “100% would recommend this band for your event. Had them for our family reunion, and they were a huge hit!” 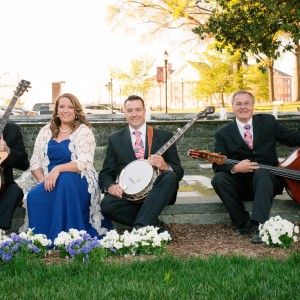