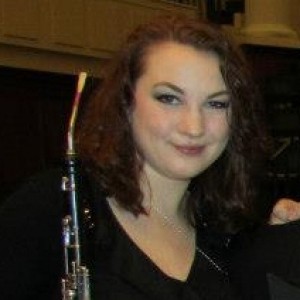 Be the first to review Emma Coleman - Oboe and English Horn

I earned my Bachelor of Music degree from the Oberlin Conservatory of Music, and later did some post-graduate work both at the Chicago College of the Performing Arts at Roosevelt University and Mason Gross School of the Arts at Rutgers University. Currently I reside in the Greater Philadelphia area and perform with several local groups in Central New Jersey, including the Eastern Wind Symphony and Sinfonietta Nova. Music has allowed me to travel and perform at venues all over the world, including Carnegie Hall (NYC), Severance Hall (Cleveland), Symphony Space (NYC), Harris Theater (Chicago), Kennedy Center (DC), and many others. I enjoy collaborating with others in many different settings to perform classical music as well as new music.