5.0
(9 reviews)
Get a Free Quick Quote
Add to Favorites 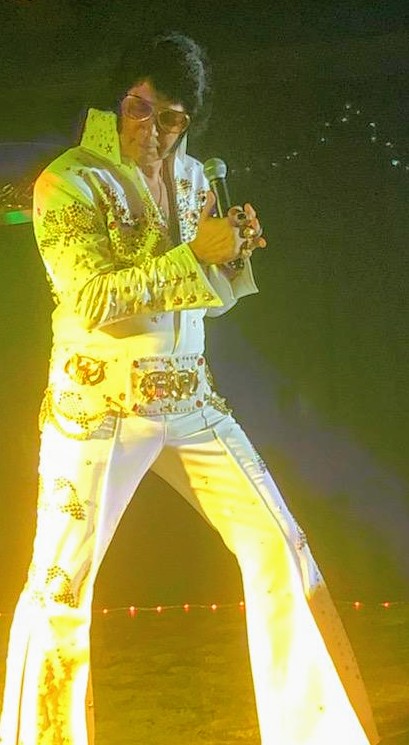 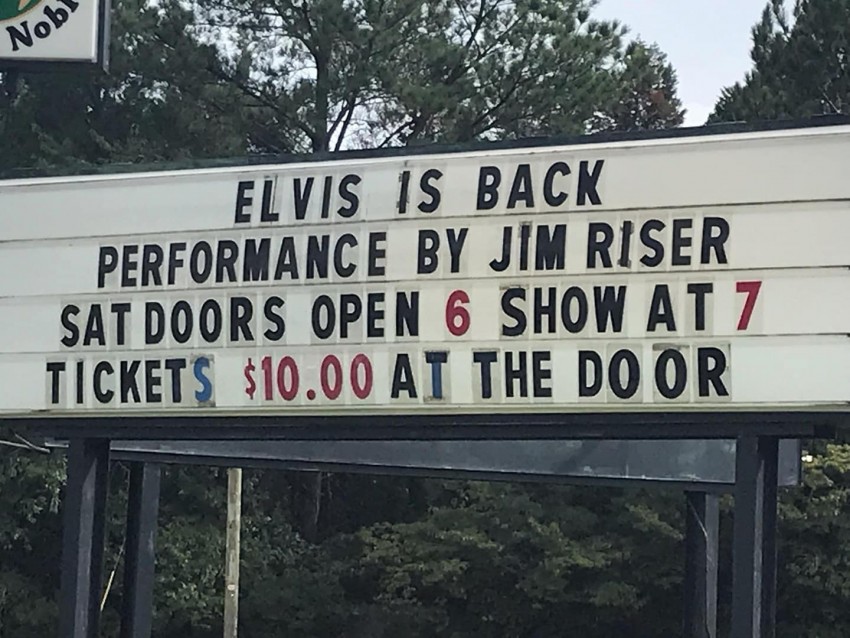 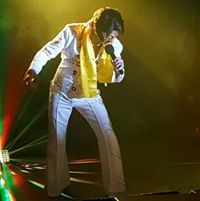 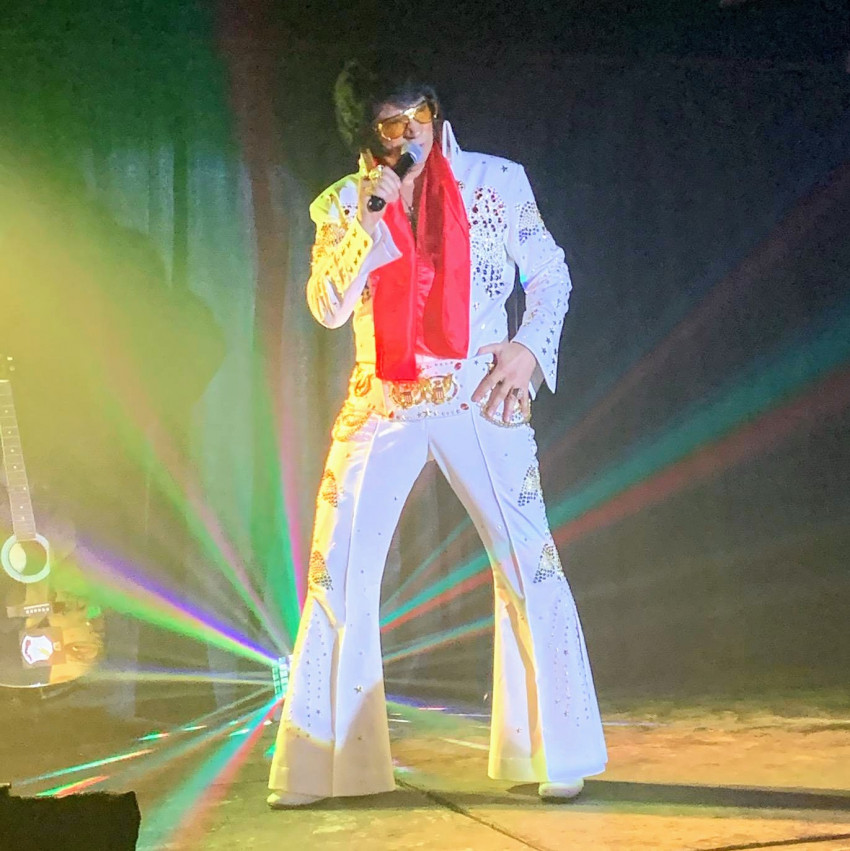 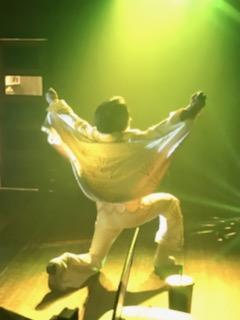 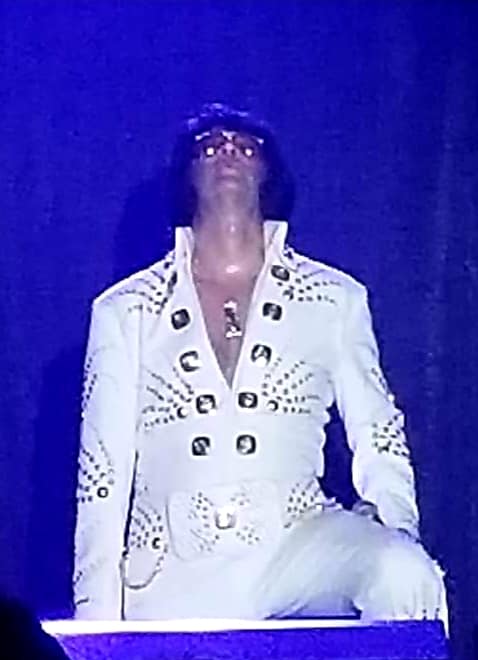 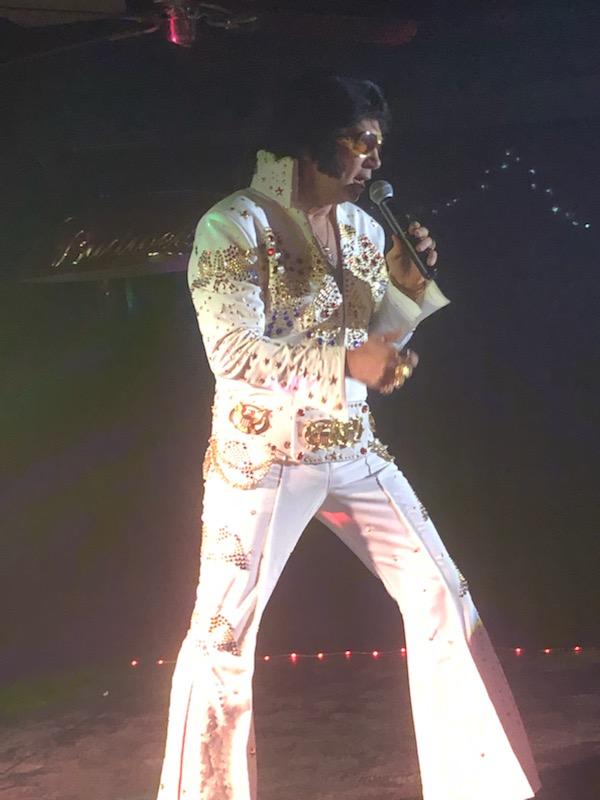 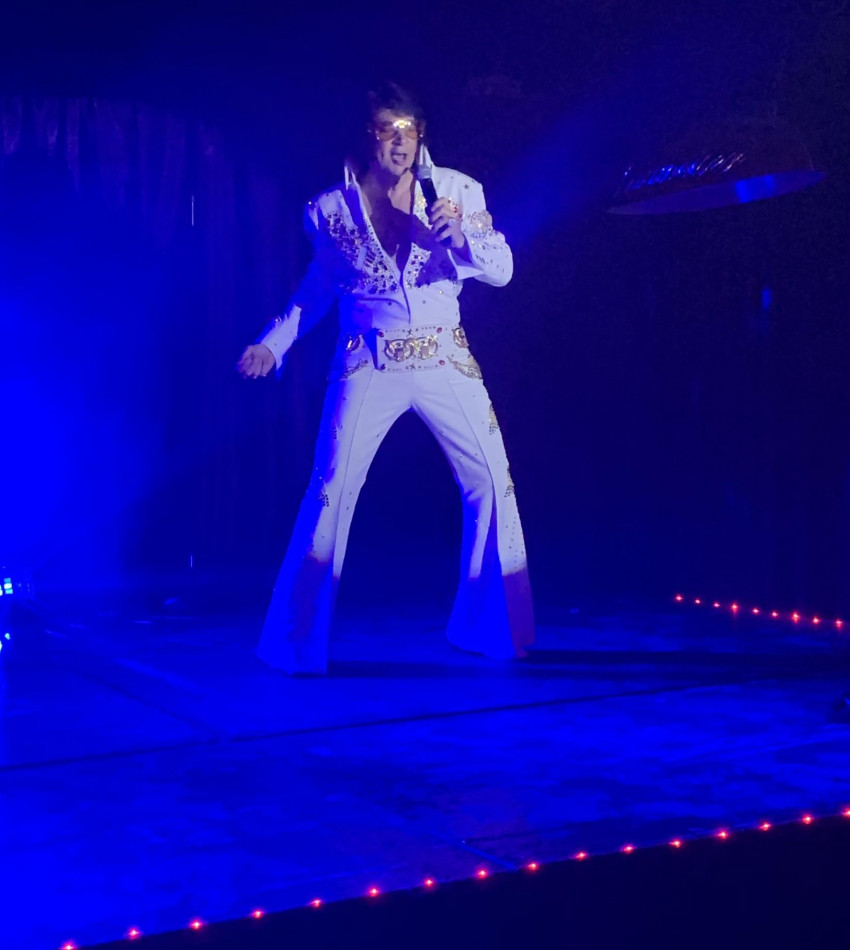 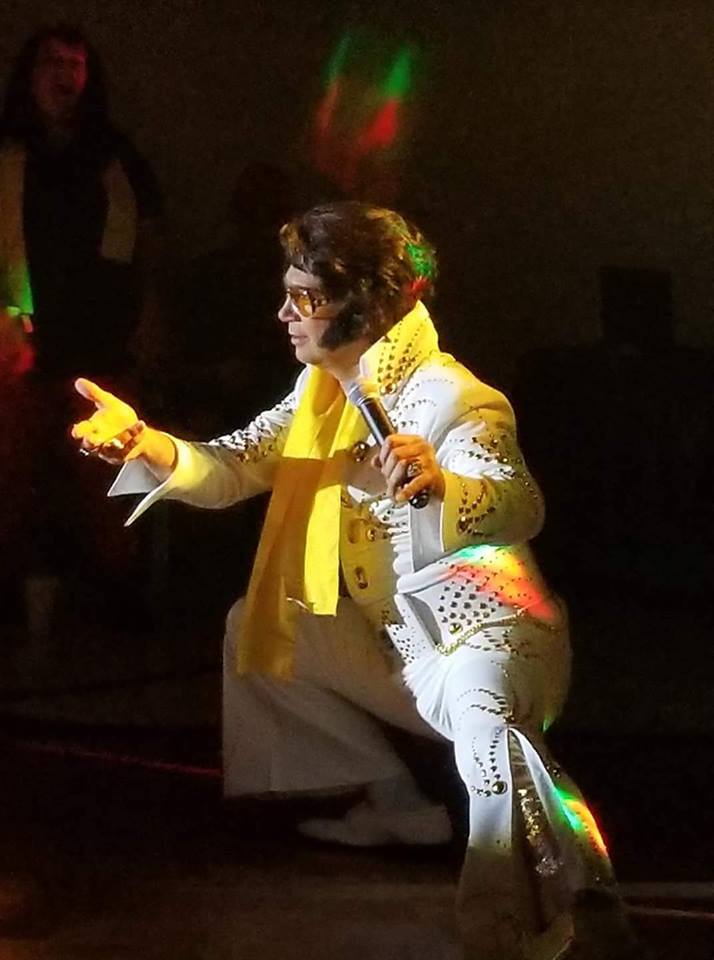 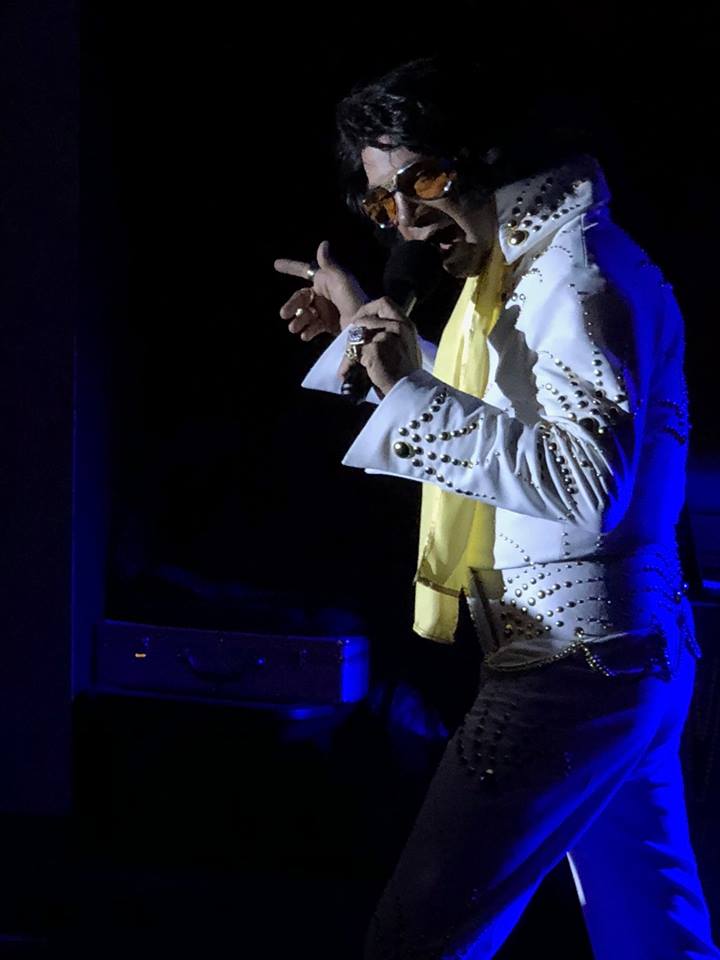 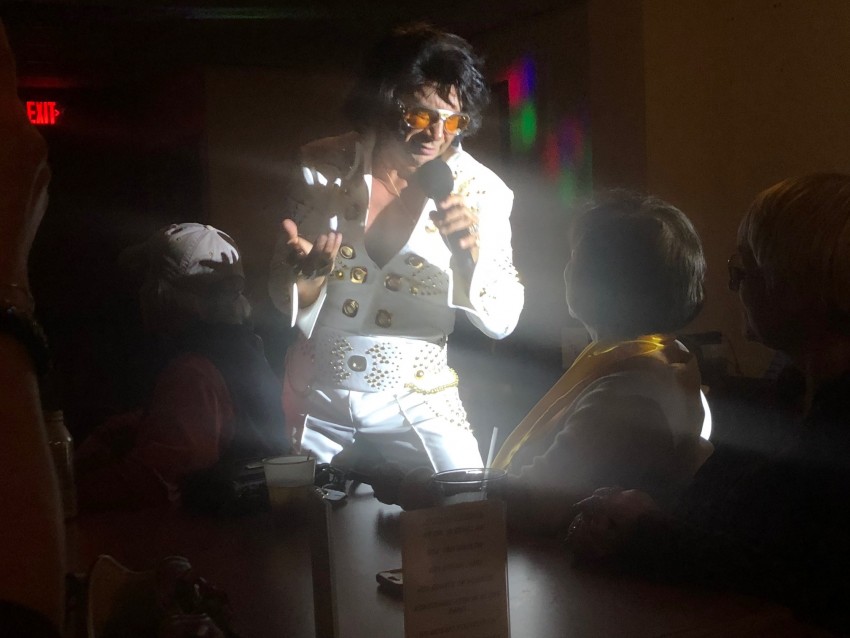 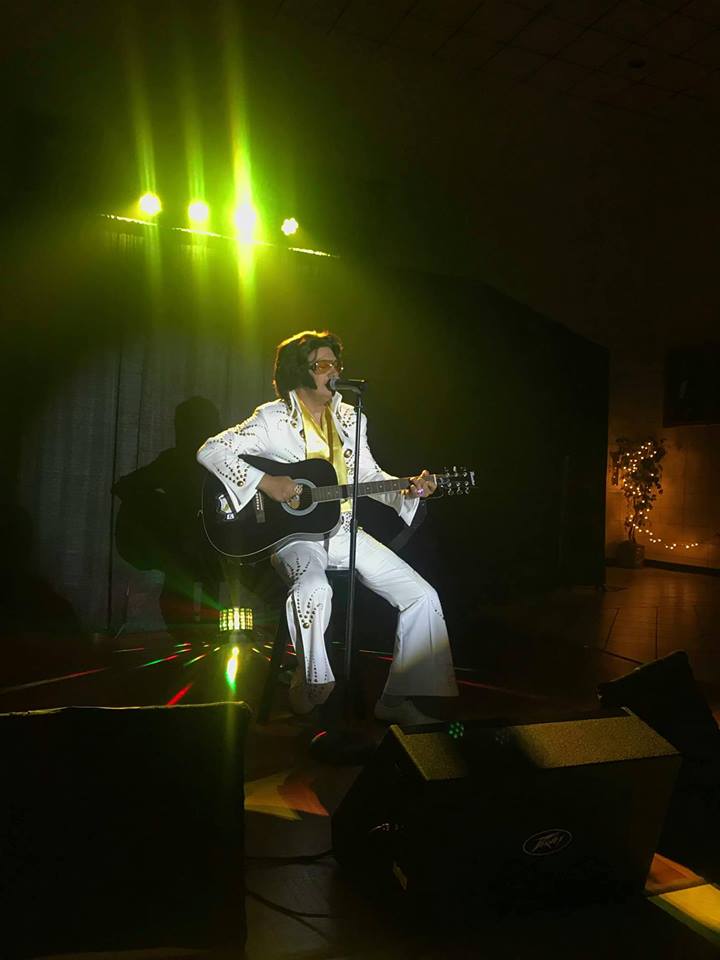 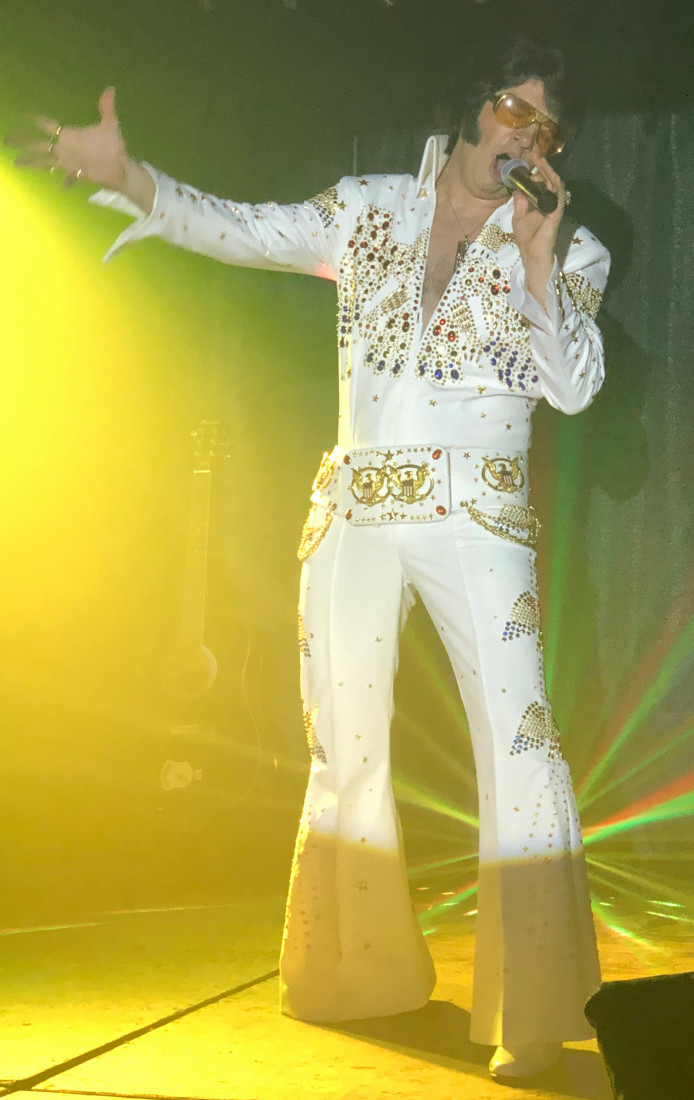 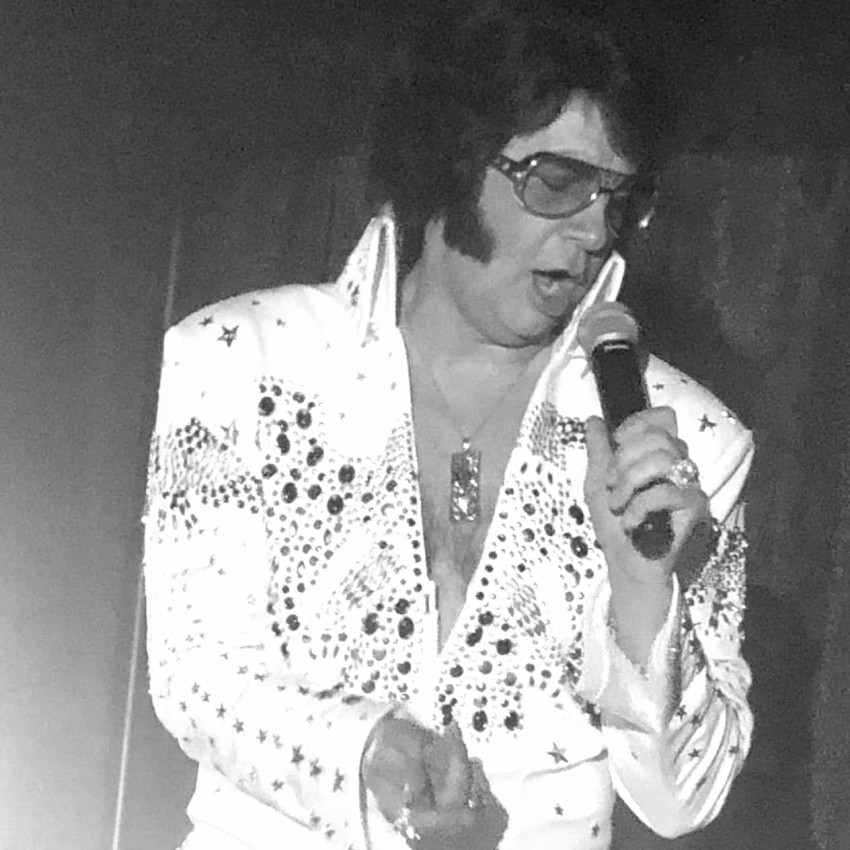 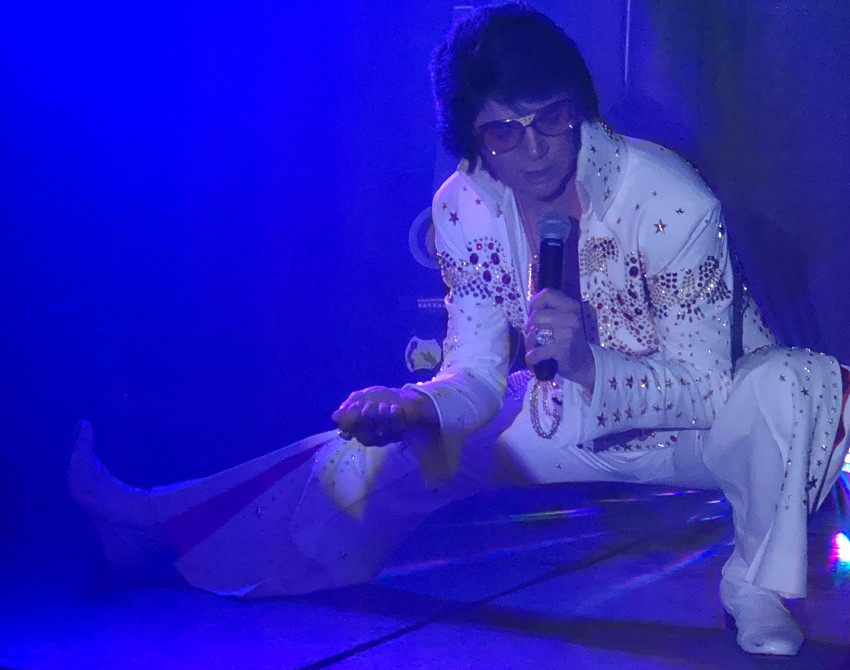 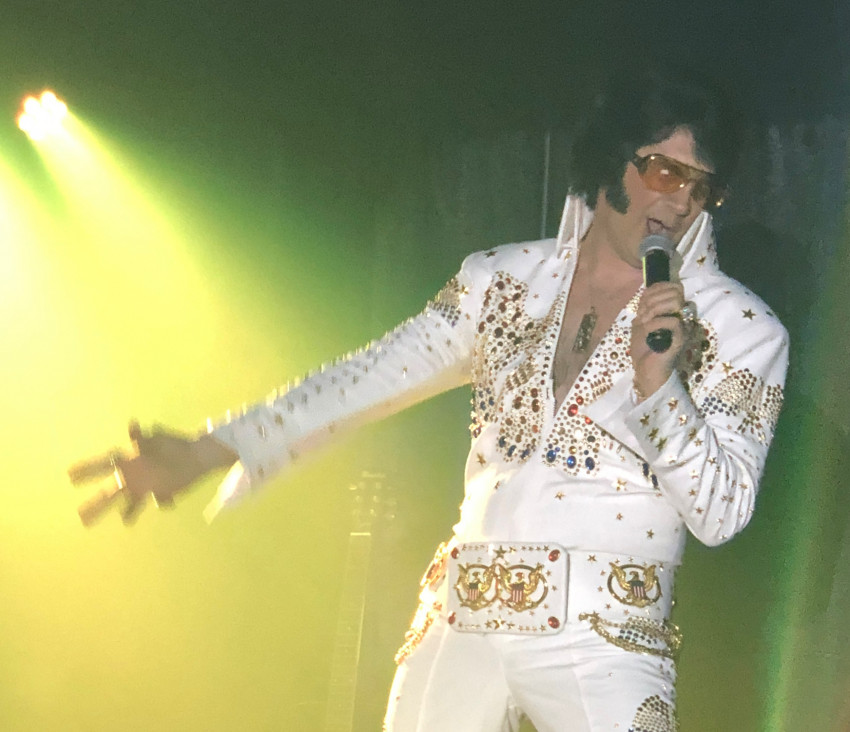 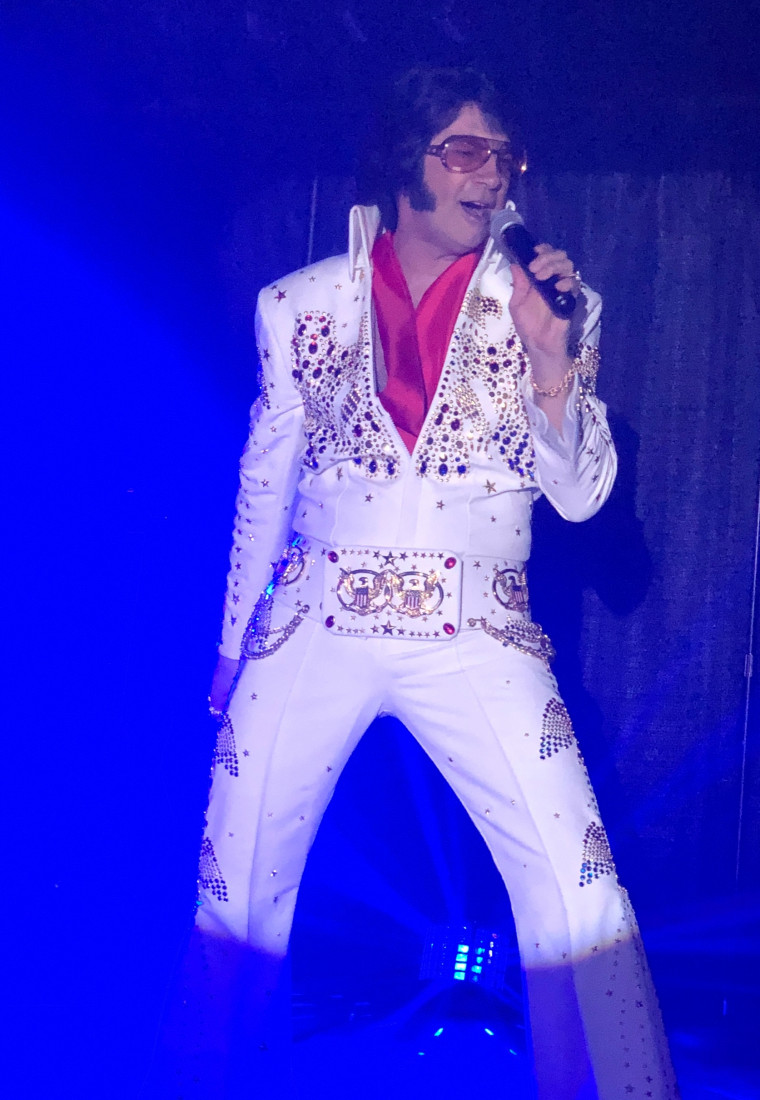 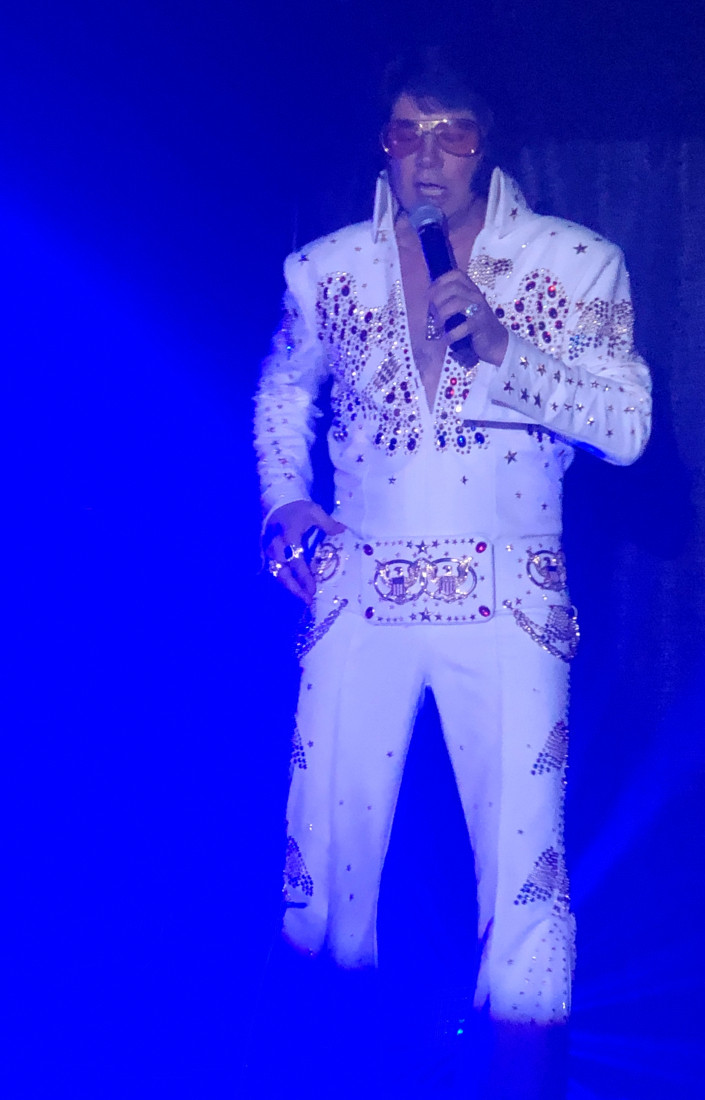 ETA Jim Reiser caters to both small and large gatherings offering everything from an economical 1-man show to a competitively priced large concert with his ELVIS TRIBUTE BAND!

What Has Been Said By Jim Reiser's Show Attendees?

"Elvis would be proud! Jims tribute to Elvis is just remarkable. Besides duplicating the great Elvis singing style, Jim electrifies his audience with the trademark exciting Elvis moves. What A Show!"
- Steve Diamond, Show Attendee

"I have never seen an impersonator who really did him justice until I saw Jim Reiser's Elvis Tribute Show. His enthusiastic and credible performance of "The King" is just phenomenal."
- Donald Walkovich, Show Attendee
And Many More!

We really enjoyed Jim’s performance. He sings well and puts on an exciting show!!
Thank you so much.
We are looking forward to having you back.

Thank you, Rhonda! The pleasure was mine.
Jim

Everything was perfect. Professional job in planning our event. Excellent performance .

The ultimate Elvis impersonator. Jim produces and plays a very authentic Elvis. He is extremely organized and provides first class costumes, sound equipment and most of all a beautiful Elvis voice on every song. He knows how to get the audience involved and we were all dancing
after a few songs. Jim carries his costume detail down to authentic rings and belts. We loved his performance and wished he could sing all night. He strives for complete audience satisfaction. None better and easy to work with.

You were a fantastic group to perform for and so generous and kind. The pleasure was mine!

Jim performed his heart out!!!

Elvis was a BIG hit!! Jim is AWESOME!

Jim is the BEST Elvis impersonator!! His outfits are so detailed. His stage performance impeccable! I cannot wait to book him again!!! My senior residents absolutely LOVE his show!! So did I!!

My Members here at WILDEWOOD DOWNS enjyed themselves very much , it was a great Afternoon! Tammy B. Activity Director

I threw a lot of logistic challenges for a private event that was eventually held in a club environment. Jim handled it all with great skill and balance. Aside from that, his voice and performance is phenomenal, and he will bring a lot of enthusiasm to his audiences. We started out with a very small group, and as more people arrived they were astounded. A great experience.

He arrived on time and kept me up to date on his schedule. He has a great personality. the show was one of the best I have seen. Everyone wanted a picture with him and had a great time. I want him back for another show.

Jim’s Elvis made for an amazing wedding anniversary!

Jim was absolutely fantastic! His stage presence and voice were wonderful and his costume was really impressive. Between the curtains he put up and the sound quality of his speakers he was able to transform our room into a great music space where he really shined! He was very communicative, friendly, and worked with me to choose which songs we wanted. He's well-priced, fun, and so talented- I would highly recommend Jim! At first I thought I'd like to make this a wedding anniversary tradition but now I'm wondering if I can find other excuses to have Elvis performances throughout the year.

Thank you kindly, Sam! Love to perform for you all any time!

As a fellow musician and lead vocalist Jay Ellington said:

Donald Walkovich, a die hard Elvis fan and attendee of Jim's show, had this to say:

"As a longtime loyal fan of Elvis Presley, I have come to appreciate his unique sound and style. I have never seen an impersonator who really did him justice until I saw Jim Reiser's Elvis Tribute Show. His enthusiastic and credible performance of "The King" is just phenomenal."

Most recently, a professional booking agent said: Jim has raised the bar, set the new standard when it comes to Elvis Tribute Show performances. We will have you back!

And You Will Too!

2001 Intro (Also sprach Zarathustra)
Elvis Intro
See See Rider
That's Alright Mama
Blue Suede Shoes
All Shook Up
Heartbreak Hotel
Are You Lonesome Tonight
One Night
Teddy Bear-Don't Be Cruel Medley
I Was The One
Love Me
Lawdy Miss Clawdy
Medley of Hits: Good Luck Charm, Suspicious Minds,
Let it Be Me, My Boy, Love Me Tender
Sweet Caroline
Suspicious Minds
In The Ghetoo
The Wonder of You
Early Morning Rain
You Don't Have to Say You Love Me
Peace in the Valley
It's Now or Never
I Can't Stop Loving You
HURT
I'm So Lonesome I Could Cry
Something
Welcome to My World
Medley of Hits: Long Tall Sally, Have Some Fun Tonight,
Whole Lotta Shakin' Going On, Flip, Flop, Fly,
and Hound Dog
American Trilogy
My Way
Can't Help Falling in Love with You
Elvis End Theme