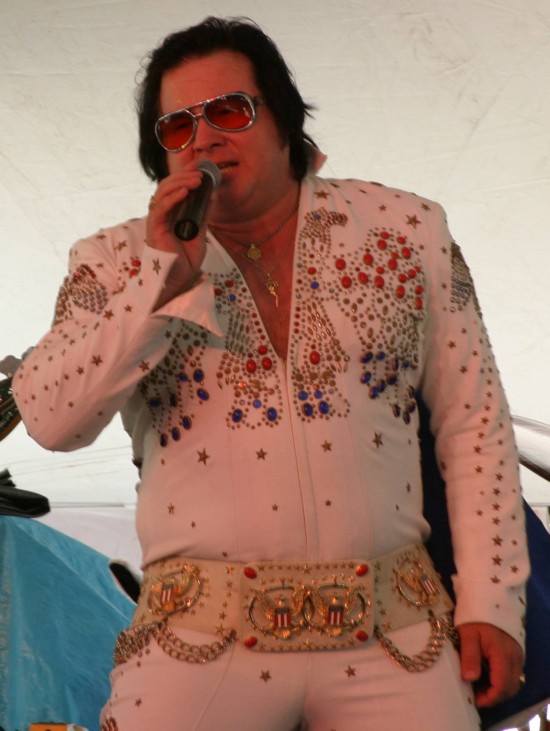 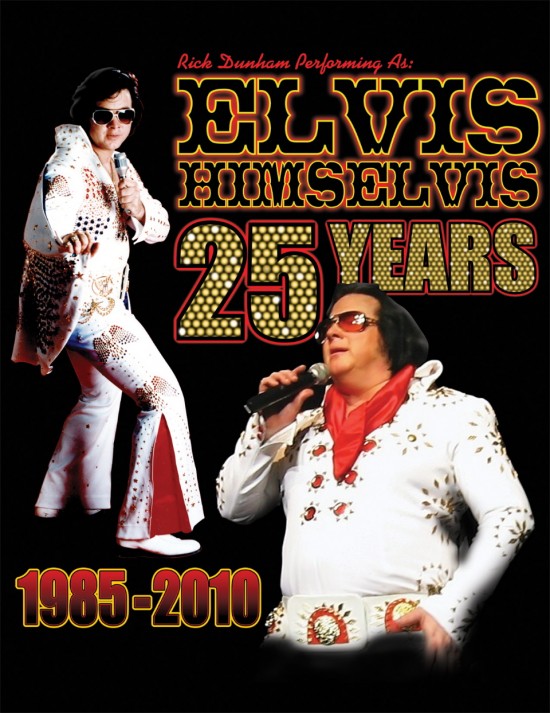 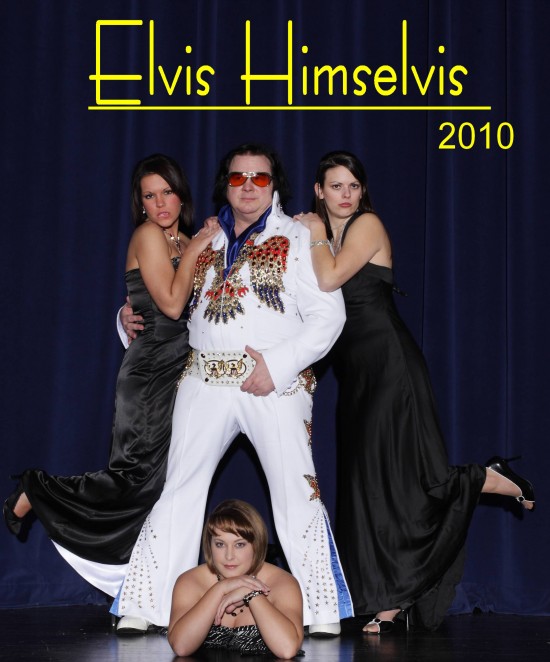 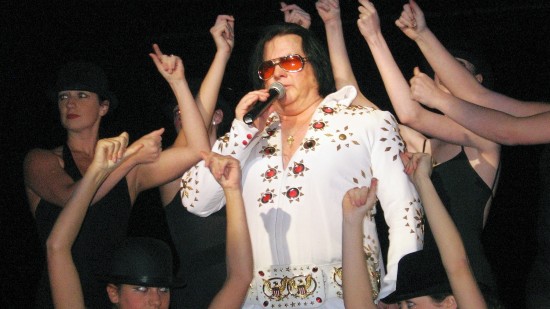 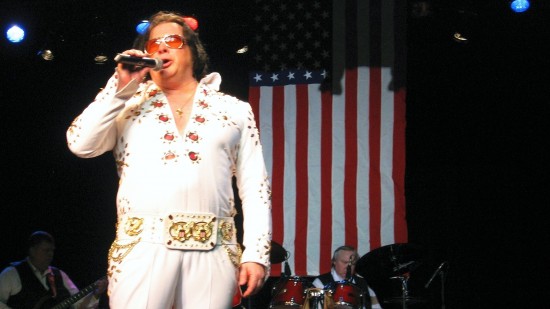 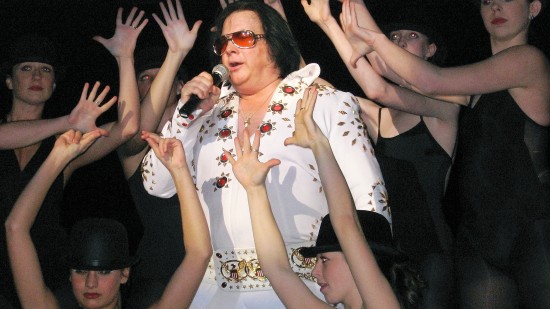 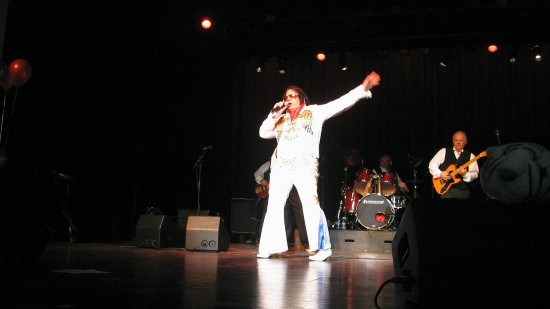 My primary act is as an Elvis Impersonator. I have been singing since I was around 6 years old..I have been performing as an Elvis Impersonator since 1985. We do songs from the 50's to the 70's. I perform with a band or solo with Cd accompaniment. I have performed in 31 states, in most major U.S. cities, and a few times in Canada and Europe. I also work as an actor at the Abraham Lincoln Presidential Museum and have performed as an actor in over 70 theatre productions. I also frequently sing Irish folk music.

He was great. Also knew some Irish songs (we asked) and was very accommodating to our friends and family.

Friendly and a great voice

Rick’s performance was liked by the guest of honor, which was very important. He did not disappoint. Great selection of songs.

The crowd really enjoyed his performance.

Elvis sounded exactly like The King, he was prompt, professional and a wonderful entertainer. My guests loved him!!

Very entertaining, sounds, looks and performs in great honor to the King. Certain Elvis himself was smiling upon Rick. Easy to work, very punctual, highly recommend.

Everyone loved his amazing voice.

Elvis performed for us at Peoria Boat Club, and we all very much enjoyed it. His voice is superb. I received many comments that he was the best that they had ever heard. We want to thank him for sharing his talent with us.

Thank ya! Thank ya very much!!!!!! Very kind! Rick/Himselvis

Everything was great except the cd kept skipping and and the music would cut out.

The audience seemed to love the show. I am sorry technology, CD's skip on occasion. It was only a few times in the whole show. Rather harsh, considering the crowds reaction. So sorry I will work to correct this problem.

Elvis was great!! We hired him as an April Fools joke for a wedding reception. He was a BIG hit everyone loved him. His singing was outstanding. He took time to take pictures with the guess and really played the part.

Elvis did a fantastic job. I would highly recommend him to anyone. He was also very personable

Thank ya! Thank ya very much!!!! Rick/Himselvis

Elvis Himselvis preformed at my father's 80th birthday party and did a fantastic job! I highly recommend him to anyone that is looking for an Elvis impersonator! He took request from the audience and sang a huge variety of songs! 😊

The King Lives On!

Himselvis was 70's Vegas Elvis in every way! Everything we expected and more. Prompt. Prepared. Perfect. On pitch. Professional.

We invited Himselvis to perform at our gramas 90th birthday and he was awesome! He gave her a scarf! Signed autographs! Posed for pix. And stayed around after for cake and punch with our guests.

A true showman. A perfect gentleman. And an exceptional voice!

Rick Dunham: Elvis Impersonator/Tribute artist...I have been singing since I was around 6 years old, started in Country music, sang mostly in Illinois for about 10 years. Theatre major in college BFA from Millikin University, I have been acting for almost 30 years, and have been involved in around 72 productions as an actor, and a few films, and commercial work. I currently work as an actor at the Abraham Lincoln Presidential Museum. I have been performing as Elvis for 24 years, have performed in 31 states, in most major cities and a few times in Canada and Europe. I perform mostly Elvis songs these days, with some other Rock, country and musical theatre on occasion. I have been working mostly with "Easy Street Band". Combo or 5 piece band is available, I also do track shows(CD Accompaniment) for a shorter show or tighter budget. I have done piano bar or strolling guitar also. Band Members are seasoned, professional and will dress for the occassion, and we can work to fit almost any budget. On a totally different note I also sing Irish Folk music from time to time, mostly Clancy Brothers and traditional Irish songs. also I have done Musical theatre songs and other impersonations such as Johnny Cash, Garth Brooks, Tom Jones. 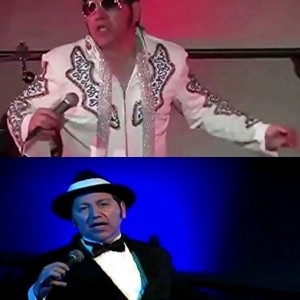 Scott C. said “Jerry was great. I would highly recommend him! He did everything I asked of him , He was spot on the song that I had chosen. Has very punctual and polite.…” 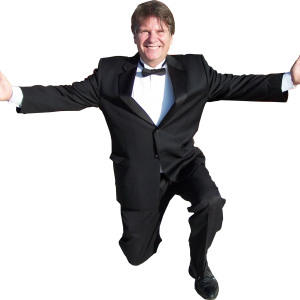 Chris I. said “Santa was excellent. Nothing but good remarks from our friends. Kids loved him and he was good with them. Until next time !! Thanks Santa !!” 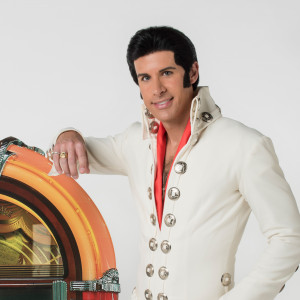 Michael St. Angel is The Windy City Elvis, the Elvis entertainer for all occasions. Not only does Michael have the Look and the Moves, most importantly Michael…