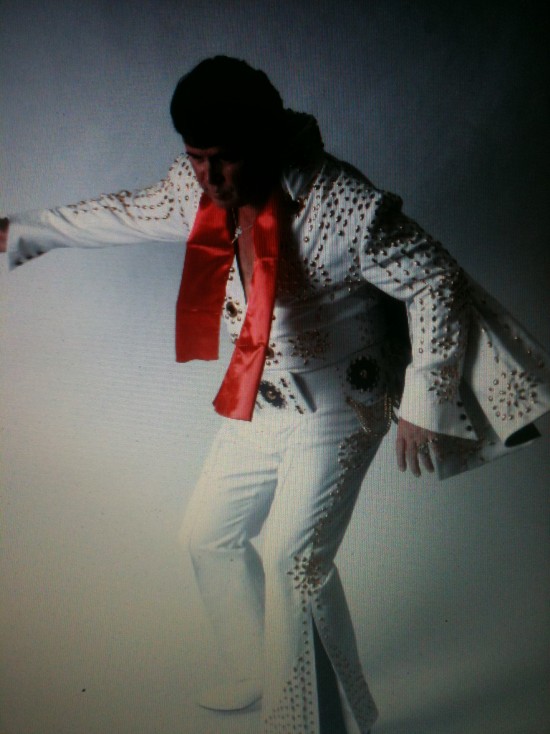 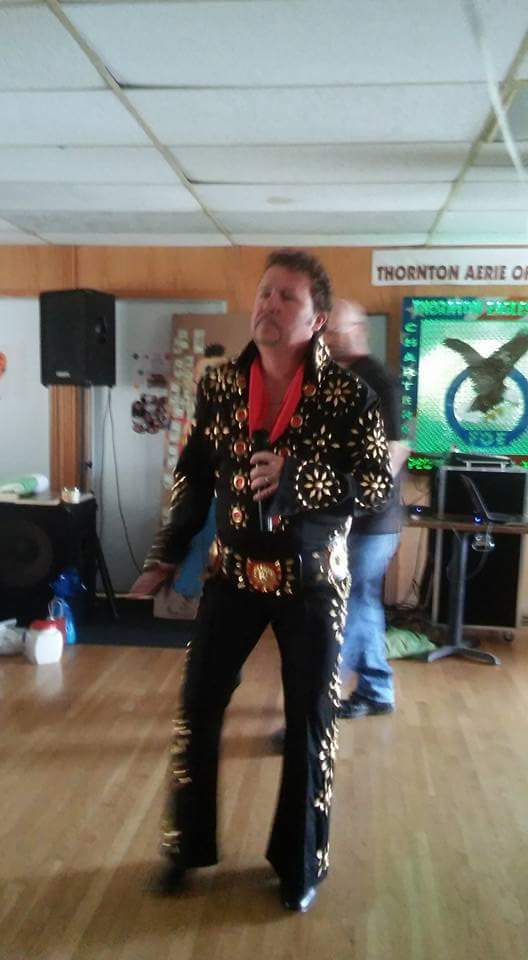 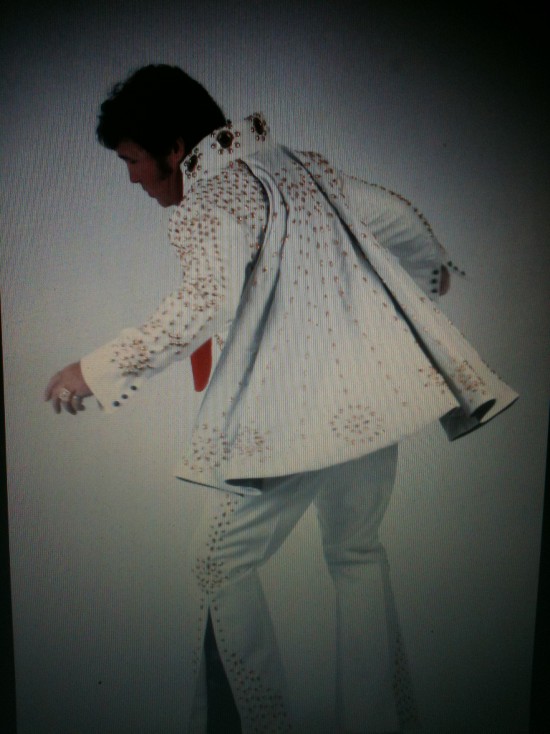 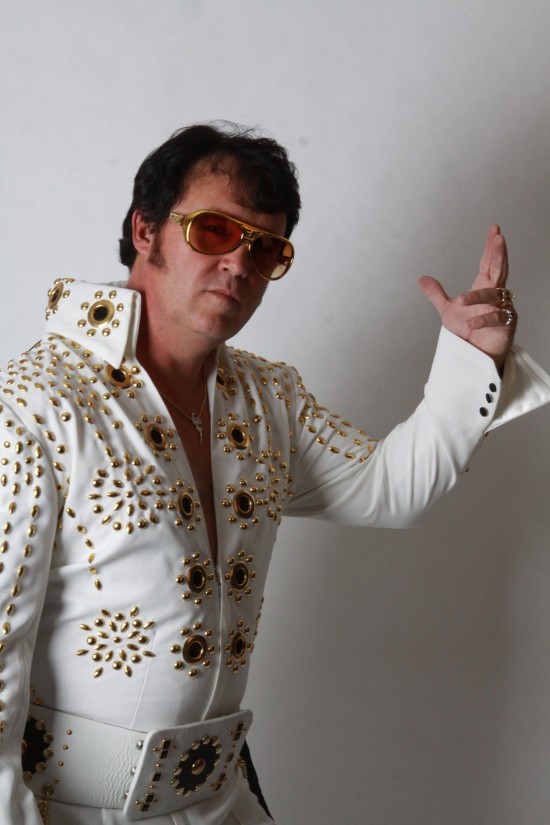 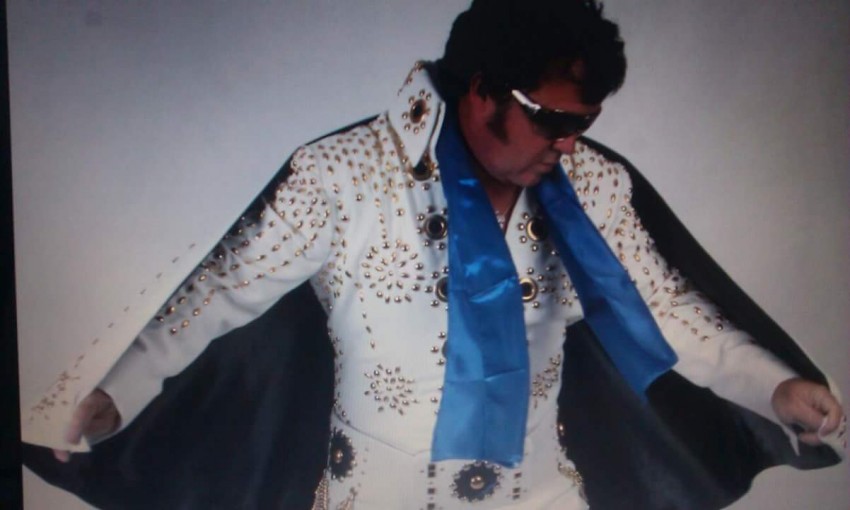 Elvis ETA- Kelly Ray.
Parties- Receptions- Engagements- Corporate Events- and more.
Let Kelly Ray bring back the memories at your event. Can use your equipment or his own.
Very serious and professional about entertaining for your event. Just re located to the Port St Lucie area and ready to perform for you and your guest. Wireless Mic so mingle with the crowd and give scarves to the ladies. Guaranteed the best Elvis voice around!

Having Elvis ETA at our non-profit fundraiser added such an element of surprise and excitement. We had people come just to see him! His voice was a little over worked from an event the night before so he wasn't able to sing as long as agreed upon but he sounded great and really did a great job as our MC. It was so easy. He brought his own sound equipment which made everything smoother for us. Would highly recommend but you may need to ask him to not perform the night before.

He kept the audience attention

He was great. Kept the crowd all night.

It was a great setting and the people there were very responsive! It was a great pleasure to entertain for this party and would defiantly do it again! Thanks for such a great gig!!

The show at the Aurora Eagles

Kelly Ray is an incredible performer and is magnetic!

A magical entertainer with true talent! We couldn't sit in our seats! Very impressive and the experience and professionalism along with genuine love of Elvis was obvious! WOW is all I can say! Thank you Kelly Ray for a magical evening! Nothing fake or shabby about this entertainer! Incredible!

The audience should expect a well groomed and well dressed professional entertainer to bring the memories of yesterday. The audience will be wowed with a voice that has been trained and trained again to sound as close to Elvis as any voice can. The moves and personality along with the giving away of scarves during the show will keep them there and wanting more. I also perform as myself singing classic country new country and southern rock. Often change and finish out the night singing what the party likes to hear and dance to.

I started playing drums in my dad's band at about 14 years of age. At 18 I formed my own band and started writing and recording. I have been performing now for 25 plus years. Two cd's and two music videos of original material to date. I have always been a big fan of Elvis and sang many of his songs during my shows. I recently decided to start my ETA adventure after so many people told me they thought it would go over really well with the public. I take my shows very seriously and try to bring back memories for the audience and never make light of the king. He was and is still the king of rock and roll, and I try to bring back that energy with every song. I wear only top notch costumes that have been Taylor fitted real hair and sideburns. I strongly feel that if you are going to portray someone especially Elvis you might as well go all the way to be as professional as possible.

I do have anything needed to perform your party- event. Can do a show with backing tracks or form band if needed. Can also come as a package if looking for Ratpak, Sinatra Mairloyn Etc.

Most of the shows I do are the vegas days. I do add some of the early years into the sets. This can be arranged according to your event and needs. Way too many songs to mention' but all hits.

Of corse Elvis.
My father who was a singer all his life. George straight, Garth Brooks, Tim McGraw.
Anything Motown and much much more. 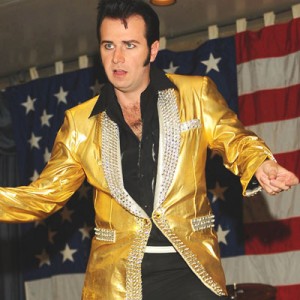 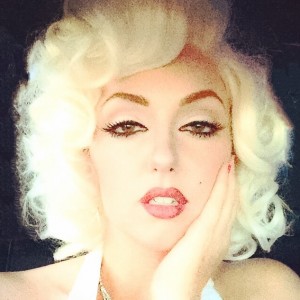 Emily L. said “We hired Grace to attend our corporate event and she was consistent, reliable, on time, and everything you'd want and more in Marilyn. We weren't planning…”

Robert B. said “000H my GOODNESS!!!!! My husband surprised me big time on our 35th wedding anniversary with Michael McClanathan, a world class bagpiper!!! Michael started…”