Elly and The Bear 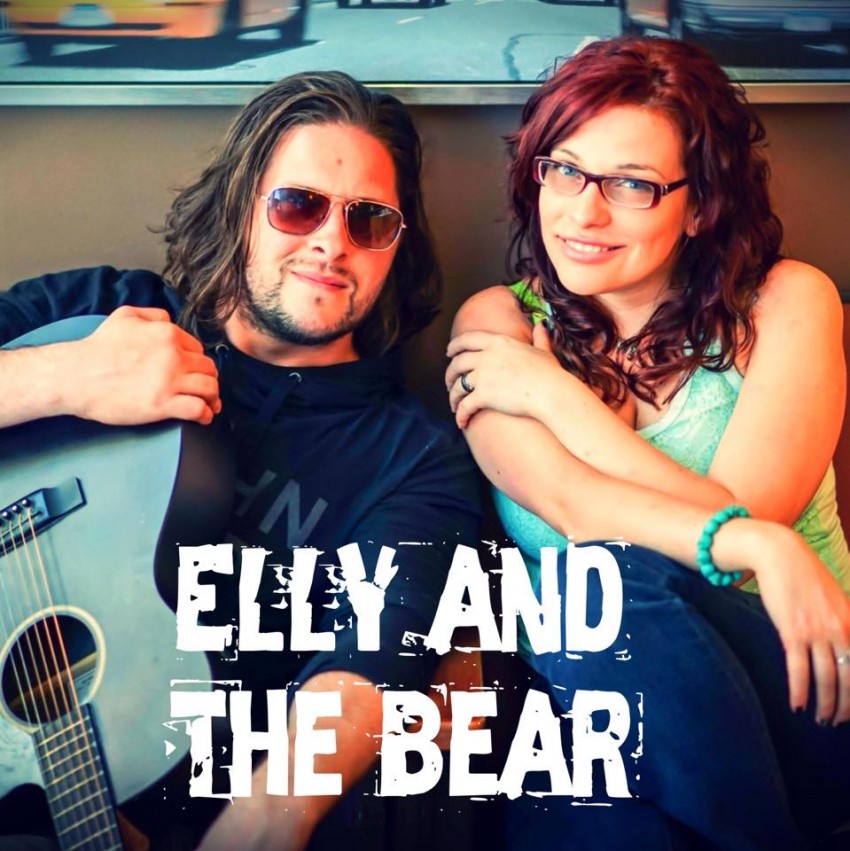 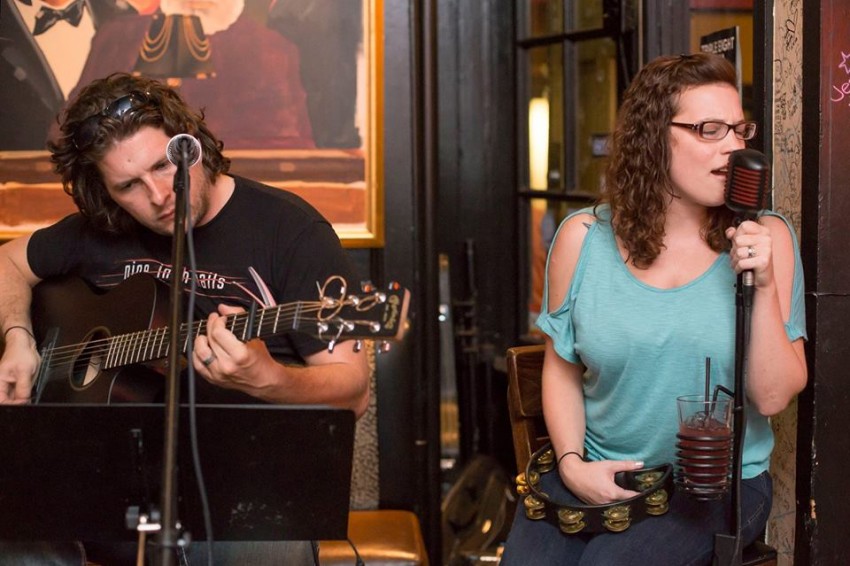 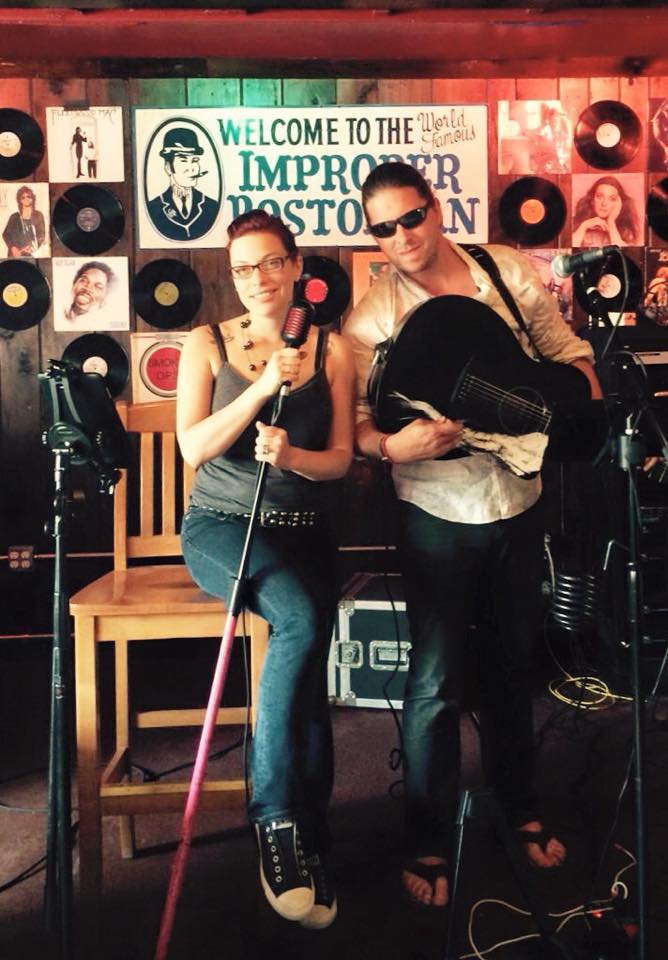 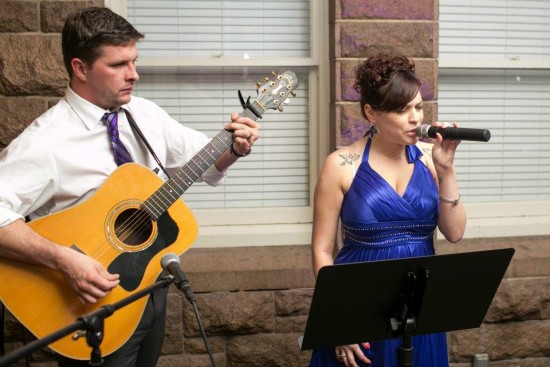 Elly and The Bear are a husband and wife acoustic duo that has quickly taken acoustic covers to a fresh, energetic, and entertaining level. Featuring lead singer Elese Morrone, from local alt-rock band For the Love of Sloane, Morrone is no stranger to crooning and putting on a show, but even The Bear, John, has a few hidden hits (how about some Britney Spears? Or Rammstein?). Elly and The Bear play anything and everything -- classic rock to contemporary, Fleetwood Mac to The Lumineers. The combination of Elly's gritty, modern, soulful vocals, and The Bear's percussive and wicked guitar chops make for interesting and eclectic sets that are sure to have you singing and dancing along!

We chose Elly and the Bear for our Wedding Ceremony music. We wanted something a little different than the typical ceremony music fare.

They nailed it. They were professional and communicated with is before the wedding. They sounded perfect during the ceremony. Some guests thought it was a CD playing rather than a live performance, that's how clean and great they sounded.

I could not be happier with how they worked out and would 100% recommend them. Can't say enough good things about them.

We had Elly and The Bear for my sons college graduation party. Absolutely Phenomenal. Music selection was perfect and their voices were great. All ages from the 8/9 years olds up to the older aunts/uncles were extremely impressed. I am a DJ and always hire acoustic shows as I hear enough DJ music. I would highly recommend these guys to anyone looking for great music and a lot of fun.

We are lively, entertaining, and fresh to the acoustic scene. We are constantly updating our set lists, returning to venues with fulfilled song requests (we keep your customers coming back!), and keeping the energy at whatever level you want it to be. We can do relaxed background music or in your face sing-a-long, and dancing, sets. We will work with you to get the crowd you want in your venue.

If you are looking for a regular acoustic act, just to mix it up once in awhile, or need any fill-ins Elly and The Bear would love to be considered. We even do weddings!
John (aka The Bear), has been playing guitar for over a decade. He spent time playing venues in Italy, Washington, and Florida.
Our act is a bit more contemporary -- we play songs you hear on the radio right now mixed with 70s, 80s, and 90s, tunes. We have now established ourselves on a pretty decent rotation in Warwick, Cranston, and have also been playing The Hard Rock Cafe in Foxwoods, CT regularly.
Elese's past and current experience involves being the front-woman for a local indie alt-rock band called For the Love of Sloane. They have a decent local following and get play on both WBRU and WHJY. Most recently they were nominated for 2012 Band of the Year by Limelight Magazine. Elese was also nominated for Motif Magazine's 2013 Female Alt-Rock Vocalist of the Year. In the past Sloane has won numerous battle of the bands, Elese had a prior nomination for female vocalist of the year, and the band also won Breakthrough Band of the Year in 2009 for Motif Magazine. They have even played Lilith Fair in CT.
With an extensive network of friends and fans and we feel confident your customers would eat, drink, and be happy listening to our songs!
If any of this sounds appealing and you'd like to give us a chance please let me know and we can book some upcoming dates!

We have a full PA system. All we require is access to electricity, proper/ambient lighting, and seating.

99 Red Balloons
A Hard Day's Night
Ain't No Rest For The Wicked
All About That Bass
All I Wanna Do
All The Small Things
Bad Moon
Barton Hollow
Basket Case
Better Together
Billie Jean
Blister In The Sun
Blow Me (One Last Kiss)
Blown Away
Blue On Black
Blurred Lines
Brand New Key
Build Me Up Buttercup
Bye, Bye, Bye
Cheers Theme Song
Chicken Fried
Crazy
Creep
DOA
Dreams
Every Day Is A Winding Road
Flagpole Sitta
Foil (Royals Parody)
Royals
Folsom Prison Blues
Friday I'm In Love
Give Me One Reason
God Dust Woman
Good
Grenade
Hand In My Pocket
Happy
Tacky (Happy Parody)
Hate Me
Head Over Feet
Heart Like Mine
Ho Hey
Home
Hotel California
House Of The Rising Sun
I Wanna Get Better
I Want It That Way
I'm Gonna Be (500 Miles)
Inside Of You (From Forgetting Sarah Marshall)
It's All Been Done
Just Like Heaven
Kerosene
Knee Deep
Like A Stone
Love You Madly
Mama's Broken Heart
Me And Julio
My Oh My
No Rain
No Scrubs
Old Time Rock And Roll
One More Night
Only The Good Die Young
Payphone
Perfect Situation
Piano Man
Piece Of My Heart
Pink
Pompeii
Price Tag
Radioactive
Raise Your Glass
Rehab
Ring Of Fire
Riptide
Rude
Semi-Charmed Life
Sex On Fire
Shake It Off
Sitting, Waiting, Wishing
So Happy Together
Somebody That I Used To Know
Stuck In The Middle With You
Sugar We're Going Down
Teenagers
The Old Apartment
There's Your Trouble
These Boots Are Made For Walking
Valerie
We Can Work It Out
We Can't Stop
What I Got
What I Like About You
When I Come Around
Whole Lotta Love
Wonderwall
Wrecking Ball
You Know I'm No Good
You May Be Right
You Oughta Know
Your Love
Zombie

We have many musical friends in the Rhode Island circuit. We look up to duos like Mike and Mark as well as The Chicago Robbery. A solo act we love is Kim Petrarca.