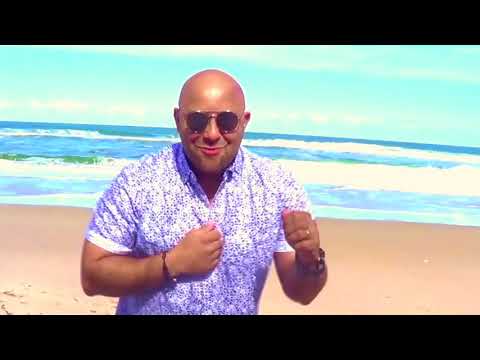 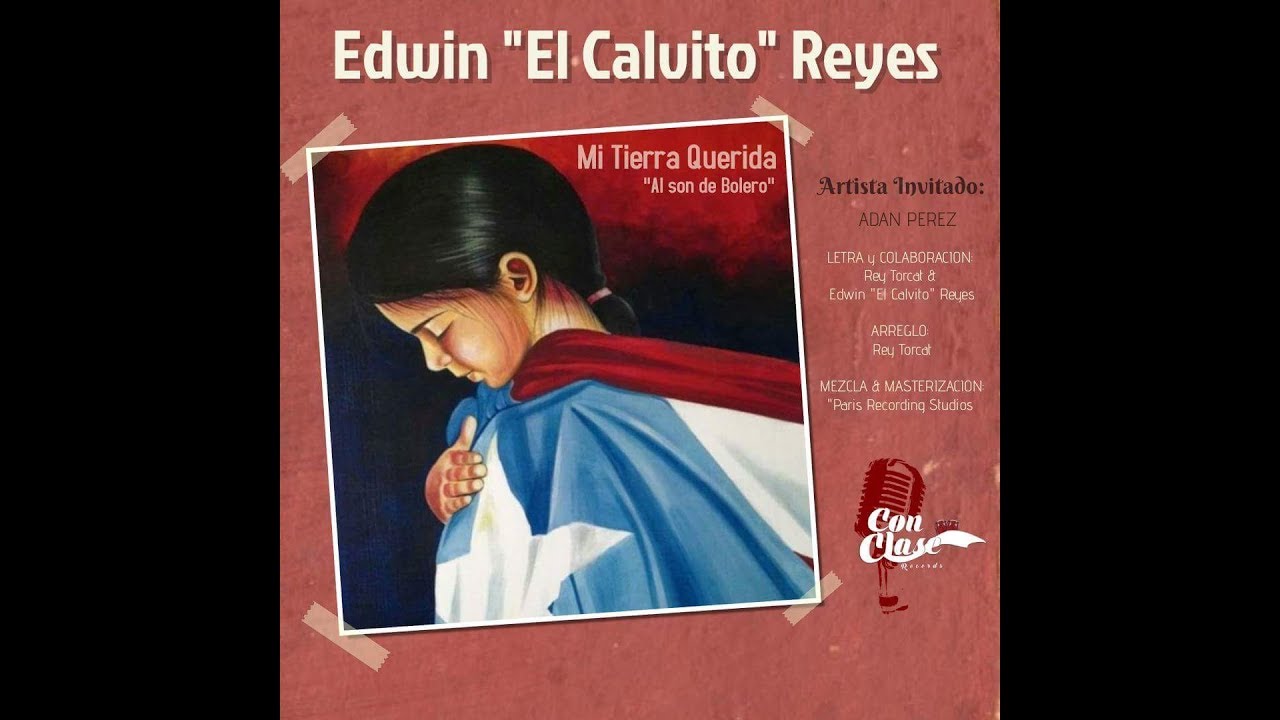 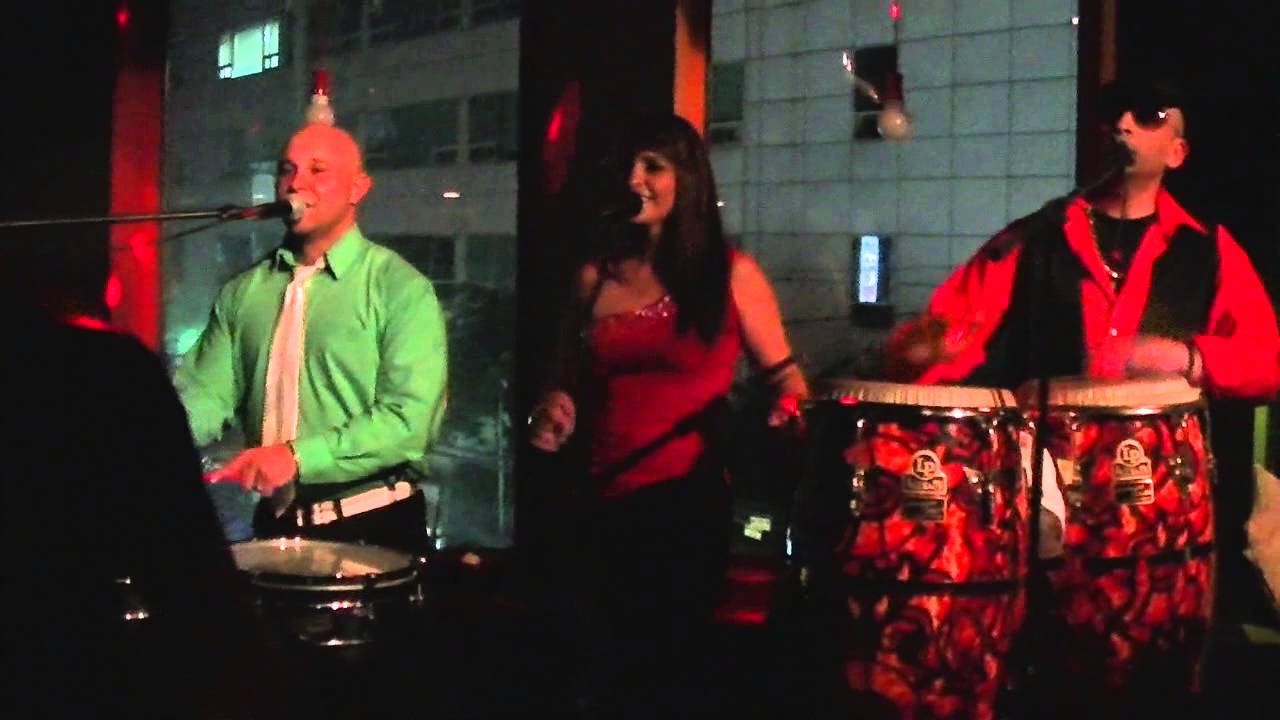 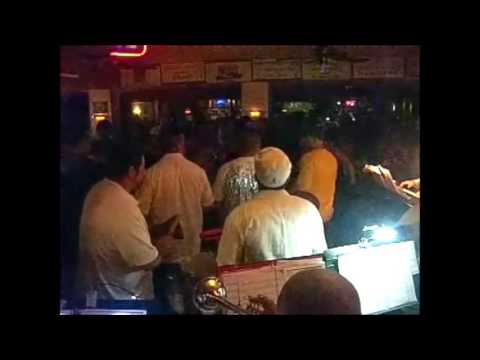 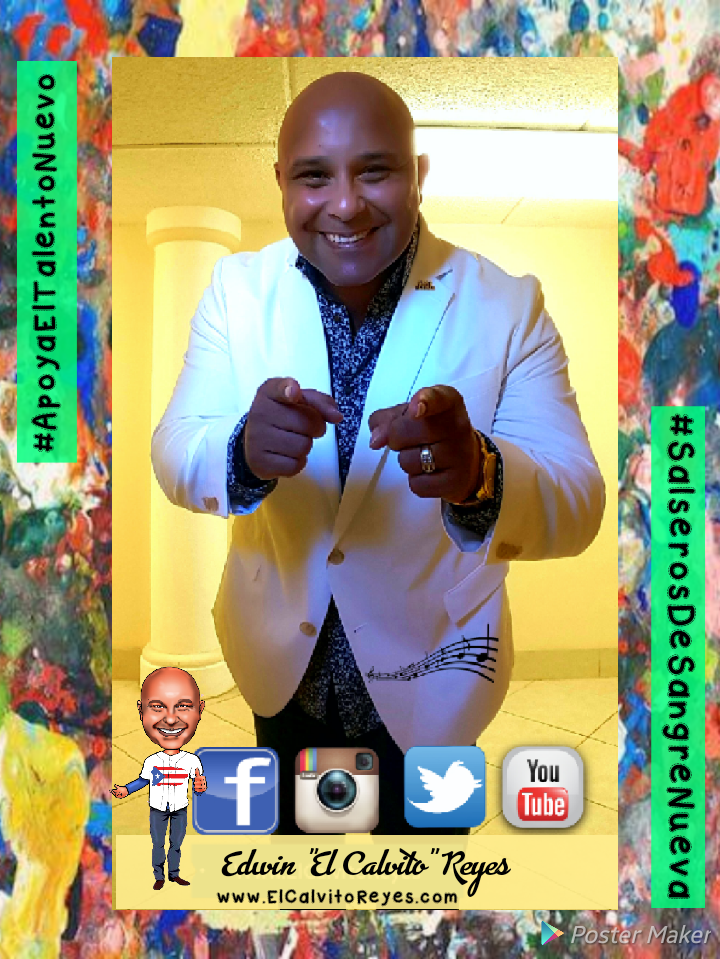 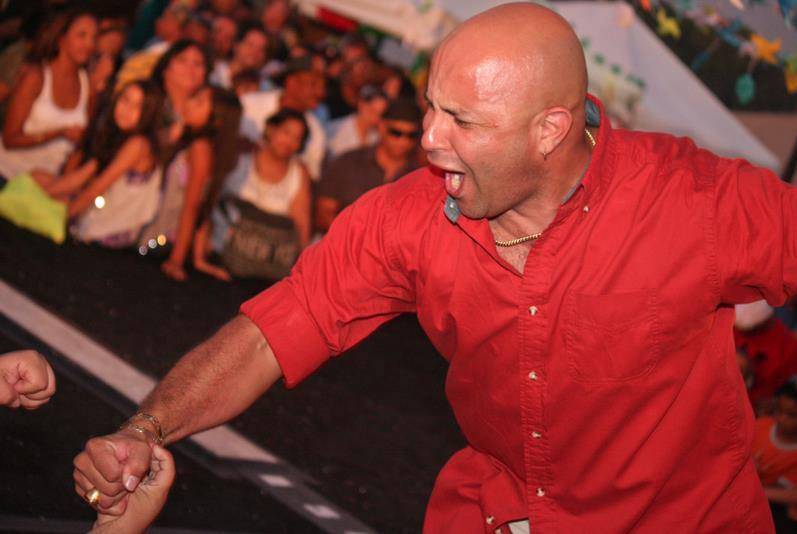 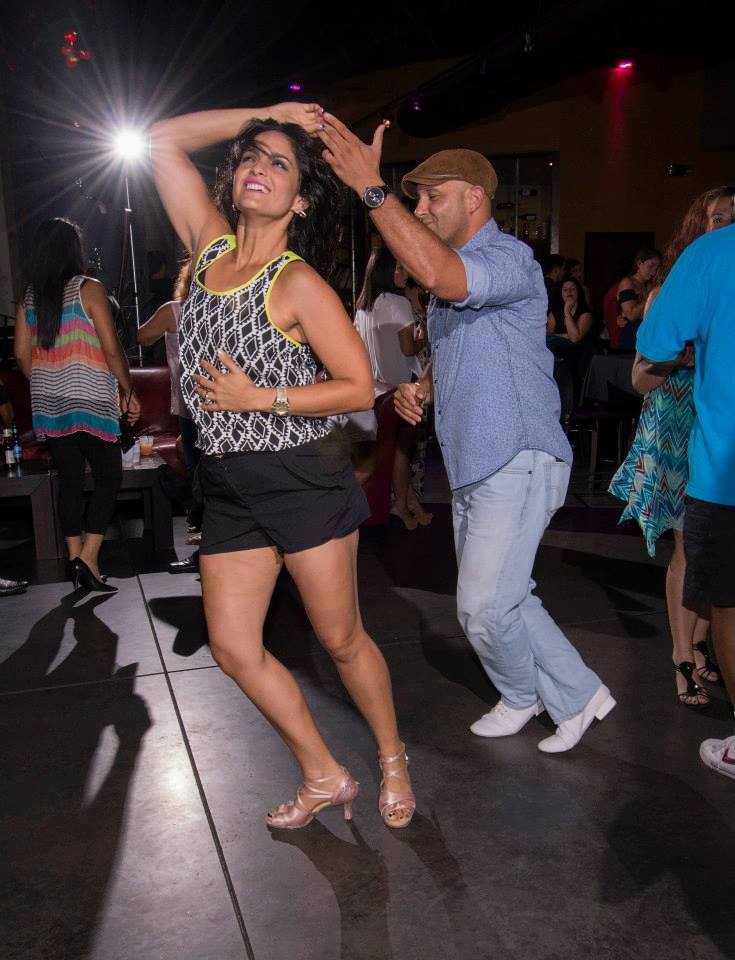 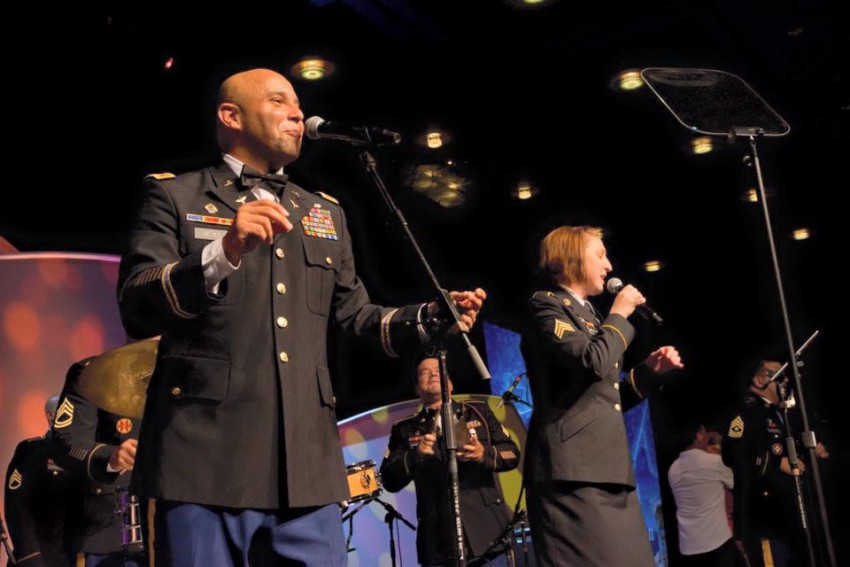 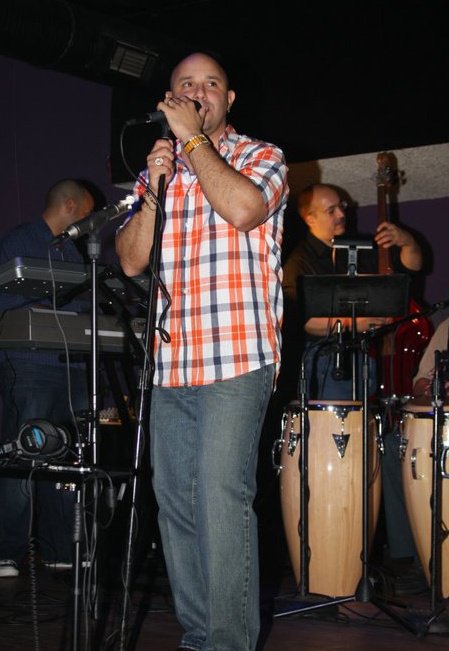 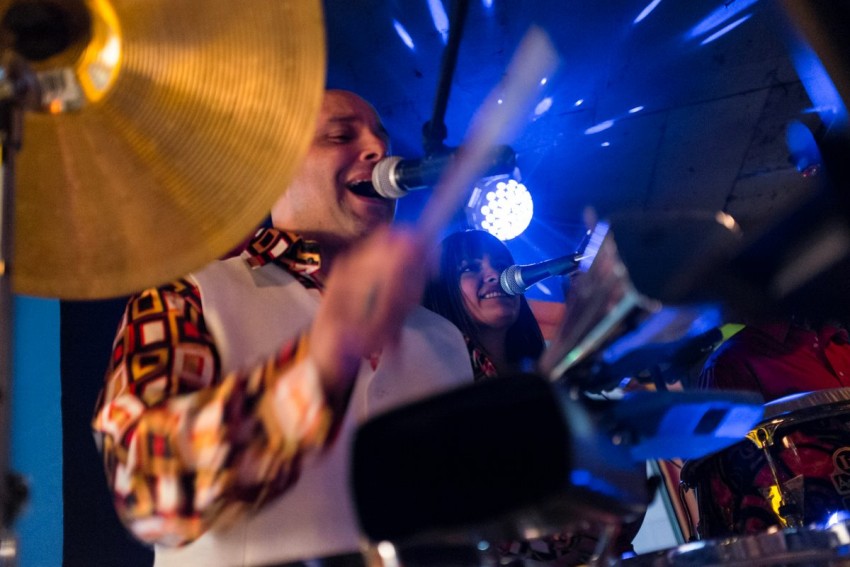 A HUMBLE AND GRATEFUL HEART!

I have watched Edwin "El Calvito" Reys on social media and had the opportunity to interview him on Infinity Endless Possibilities. What a moving and humbling experience during the interview. Edwin believes that it is important to set goals and work hard to achieve them because you can't wait for someone to do it for you. He wants to be remember as the guy that never quit. The guy that if he didn't know English he learned it in order to have a career. The guy that tried everything possible even the impossible. To be remembered as the person that understood how important is to lend a hand in helping one another. To be the best husband and father that he can be. If you were able to conquer one challenge, obstacle or roadblock and you got up you are able to conquer other. You must believe in yourself and have faith. These were some of my take aways of the amazing interview that allowed me to dive a bit into the soul and beliefs of Edwin "El Calvito" Reyes. When you have a moment, listen and enjoy his music. Thank you Edwin "El Calvito" Reyes!

I WITNESSED, EDWIN PERFORMED IN IRAQ WHEN I WAS DEPLOYED TO COMBAT IN 2007.
THIS GUY BROUGHT THE BEST SALSA SOUNDS TO A PLACE THAT I THOUGHT WAS FORGOTTEN.

*** BUT SEEING HIM AGAIN AT "EL TAINO" RESTAURANT IN JACKSONVILLE, WAS ONE OF THE BEST TIMES I'VE HAD IN THE STATE OF FLORIDA. THIS GUYS IS SOMETHING ELSE. HE CAN PLAY TIMBALES, DANCE, ENTERTAIN AND SING AT THE SAME TIME... NOT EVERYONE CAN DO THAT!!!
HE'S A TRUE PROFESSIONAL; A U.S. ARMY VETERAN WHO NOT ONLY FOUGHT FOR FREEDOM BUT THE ONE WHO NEVER STOPS SHOWCASING HIS CULTURE THROUGH MUSIC.

I'm beyond grateful for your review.
Not too many take their time from the busy time to do this and for that and more, I'm grateful.
Glad you like what I humbly do.

Price Range: CONTACT ME DIRECTLY; PRICE WILL BE LESS

ONE OF THE FEW IN THE WORLD THAT CAN PLAY "CUMBIA, SALSA, MERENGUE, BACHATA, BOLERO" IN ONE ACT...

ABLE TO PLAY TIMBALES, DANCE, ENTERTAIN AND SING AT THE SAME TIME.

The incursion of Edwin "El Calvito" Reyes in music comes from 1993, when he first performed his first concert in his hometown, Trujillo Alto, Puerto Rico.

Edwin "El Calvito" Reyes started playing "Plena", which is one of the genres of Typical Music in Puerto Rico, but it was not until 1997 when he joined the American Army and began playing and singing salsa music. All of this, thanks to the trained eyes of Mr. Víctor París and Mr. Godreau "Papo Salsa" who offered him the first opportunity to share his talent in the state of Georgia in 1997.

Edwin "El Calvito" Reyes Salsa artist, and also is a well-known radio announcer in the state of Georgia, because there he performed his radio program at Savannah State University under the chains of WHCJ 90.3FM.

Edwin "El Calvito" Reyes , became a tireless fighter for the good of their communities, organizing family events, which served as a benefit for all, especially for Latinos recently arrived in the United States. In the year 2006 he formed his own Orchestra, called Orquesta Con Clase, and with it he reached new horizons.

Edwin "El Calvito" Reyes , along with his Class Orchestra, had the privilege of being Guest of Honor at the "Fiesta Atlanta" Festival, where once again he delighted the 10,000 people who gathered at the Olympic Centennial Park in Atlanta , Georgia. He was also chosen with his Orchestra by the Latin American Services Organization (LASO) in Savannah, Georgia, to be the main figure, together with his Orquesta Con Clase, in the Latin Festival of that city, where more than 6,000 people gathered. . That year he received recognition from the Mayor of Savannah, GA, for his total dedication to his people and sow positivism and unity among all. Edwin "El Calvito" Reyesis undoubtedly one of the most complete Salsa Singers in the United States, and a worthy representative of all Latinos in that country. In the past 2 decades, Edwin 'El Calvito' Reyes has delighted more than 200,000 people to the rhythms of Salsa, and occasionally, Plena. Its popularity source is based on the salsa genre.

Edwin "El Calvito" Reyes has had the fortune of being Vocalist of one of the most Prominent Orchestras of Puerto Rico, like the Orchestra of Julio Badillo and his Salsa Stars, Corista of the acclaimed, Paquito Acosta, Hector Tricoche, Paquito Guzman . Also, Edwin "El Calvito" Reyes won an important place in the world of Salsa, when he had the honor of being one of the few leading vocalists of the living legend, and Fania All Star, Mr. Larry Harlow.

Not only in his local cities, Edwin "El Calvito" Reyes began to gain visibility when he demonstrated his true talent improvising in all the melodies that Mr. Harlow put in his way (SERENO LORD, ABRÁN PASO, ARSENIO, ETC.). Edwin "El Calvito" Reyes , has been very well received and respected by his fellow salseros and professionals of that level. Your humility is the key to your success.

It is worth mentioning that Edwin "El Calvito" Reyes has been serving our nation for 20 long years and has deployed to fighter in the Iraq and Afghanistan Wars on 6 different occasions. Due to the many times he has gone and to spend more time in those areas, without any fear, he decided to form a Salsa Orchestra in combat, making him one of the very few in the History of Salsa, who has sung Salsa in Iraq , Afghanistan, Kyrgyzstan and Kuwait.

More than 10,000 soldiers have witnessed his incredible talent and unparalleled passion for Salsa; Salsa in the Medium of Combat.

In 2009, Edwin "El Calvito" Reyes had the privilege of recording the song RAN KAN KAN, as a tribute to King Tito Puente, under the LUGO Music label, by maestro David Lugo, former Musical Director of the Hector Lavoe Legend. This song in particular, has been one of the best tributes to the King in the past years. It is worth mentioning that David Lugo is one of the best percussionists in the world and this musical gem confirms this. Along with him, "El Calvito" Reyes has participated in two Latin Jazz musical projects; the biggest one called AFRO LATIN SWING.

Edwin "El Calvito" Reyes , is also considered one of the very few exponents in the Salsa world, who has crossed from the west to the east. In the year 2012,Edwin "El Calvito" Reyes was able to expose SALSA in South Korea, as with two salsa greats Greg Peña and Carlos Betancourt, he served as lead singer of the World Peace Festival at the Seoul Olympic Stadium where more than 80,000 people were present. A clear message, is that Edwin "El Calvito" Reyes knows how to transform the nerves into an explosion on stage. This group led by maestro Greg Peña (Trombonista Boricua, Pride of Guanica), was also chosen to perform at the Asian Salsa Congress, where more than 30,000 professional salsa dancers from all over the world gathered to compete as length of the rhythms of his music in the course of a 7-day extravaganza.

From 2013 to 2014, "El Calvito" Reyes, he made his own project in South Korea, mixing sequential music and live percussion, forming a band of 3 people who traveled through more than 5 cities in South Korea, serving as the main event for their Latin music establishments.

Edwin "El Calvito" Reyesis the Official in charge and vocalist of the Official Salsa Orchestra of the ARMY OF THE UNITED STATES, "The US Army Latin Ensemble". A choice of the best Hispanic musicians within active army forces. With that orchestra, he has been able to sing SALSA, in front of great figures of politics, such as Hillary Clinton, Former First Lady Michelle Obama, former Mexican President Vicente Fox and current Governor of Puerto Rico Ricky Rosello, who personally recognized him as Boricua Distinguished before the same audience. "He is a true leader, an excellent singer and performer; A man capable of acting at any level, "said the Governor.

Recently, while in the country of Iraq (in combat), Edwin "El Calvito" ReyesHe wrote his first song, YOU ARE MY WIFE, a song he dedicated to his wife; song that has been taken as a new symbol of love, gratitude and respect for all spouses.

Since then, Edwin has written five more songs; One of them, MY DEAR EARTH, song to all those who one day decided to leave their country looking for a better future.

Edwin appeared on Channel 6 (VIVE TU NITE) and on channel 13 (ELLAS Y Mas ...), on more than 10 radio stations and then on the biggest concert of the summer (SUMMER SALSA FEST) at the Latin Roots de San Juan, along with illuminators of Salsa such as Julio Badillo, Julio Lopez, Cuto Soto, and Henry Santiago. He also performed at Code Bar, along with Julio Albino and his Secret Orchestra for Voices, singer Josean Rivera, and Pacheco and his Timbal.

Undoubtedly, Edwin Reyes 'El Calvito' has always been a pillar of great help and motivation for each of the Latin celebrations inside or outside the United States Army, and even more with his passion for music, without stopping, its roots and its people.

Edwin "El Calvito" Reyes , has paved the way for numerous local bands of tropical music in the United States. Edwin "El Calvito" Reyesis very respected by many, as a truly dedicated human being, passionate about contributing to the salsa genre, which studies and respects the pioneers of the genre. Also, as a person who provides a great atmosphere with his leadership and professionalism, with Latin Music for his communities, but above all, as a family man; A person who gives everything for theirs.

Let's support this great talent who has the necessary qualities to represent Salsa and Latinos around the world.

IF SOUND IS PROVIDED BY YOU, YOU'LL GET AUTOMATIC $150 DISCOUNT OF MY ORIGINAL PRICE.

LIGHTING AND STAGING IS OPTIONAL.

ASKED COVER SONGS BY THE EMPLOYER