Back to Fire Eaters 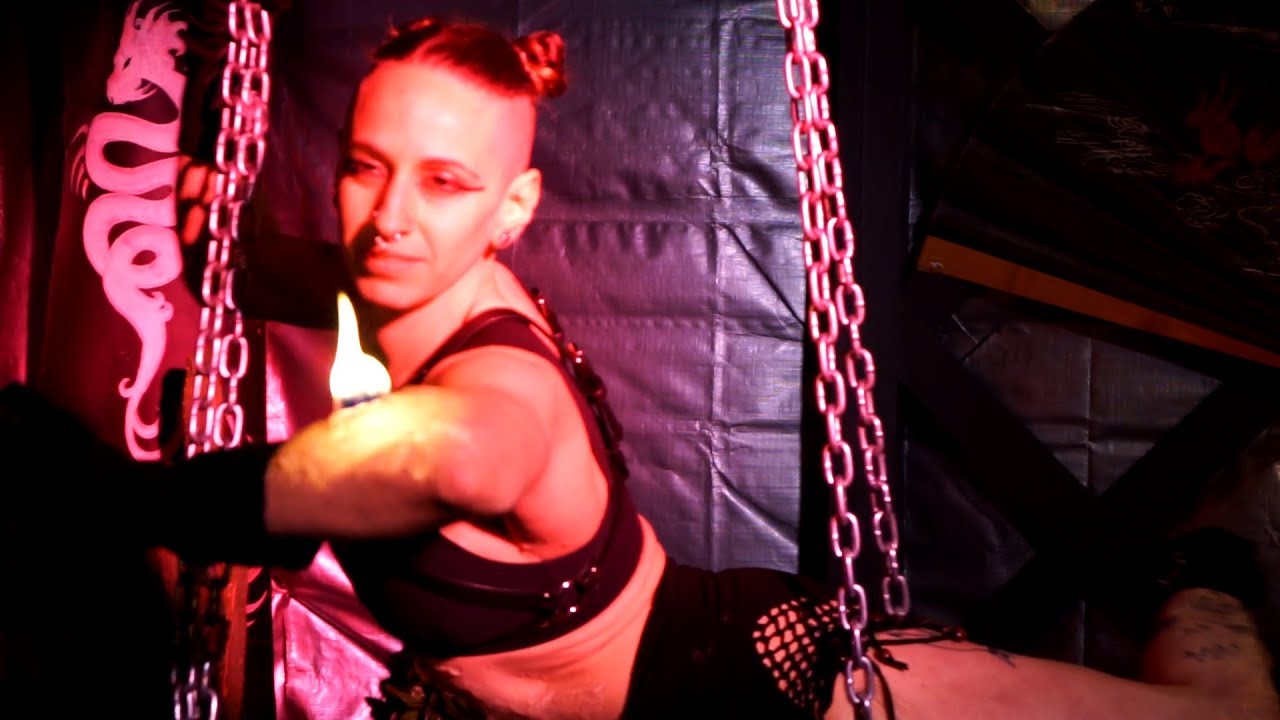 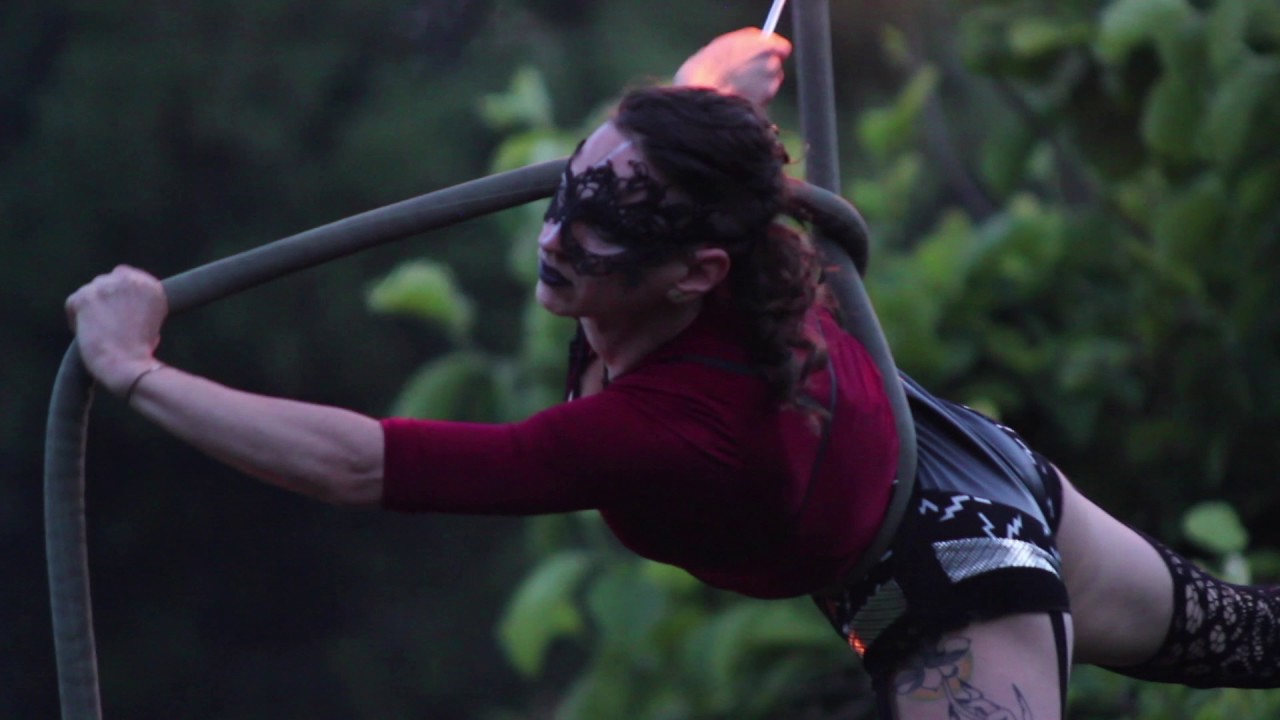 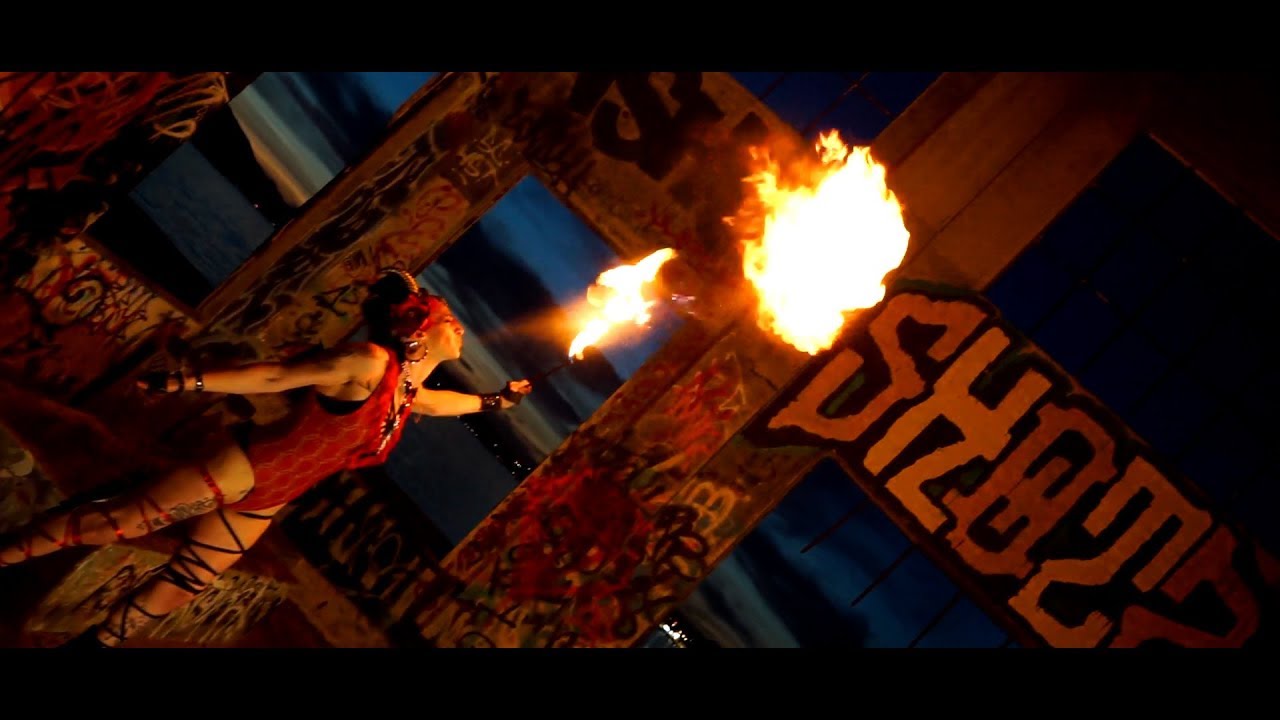 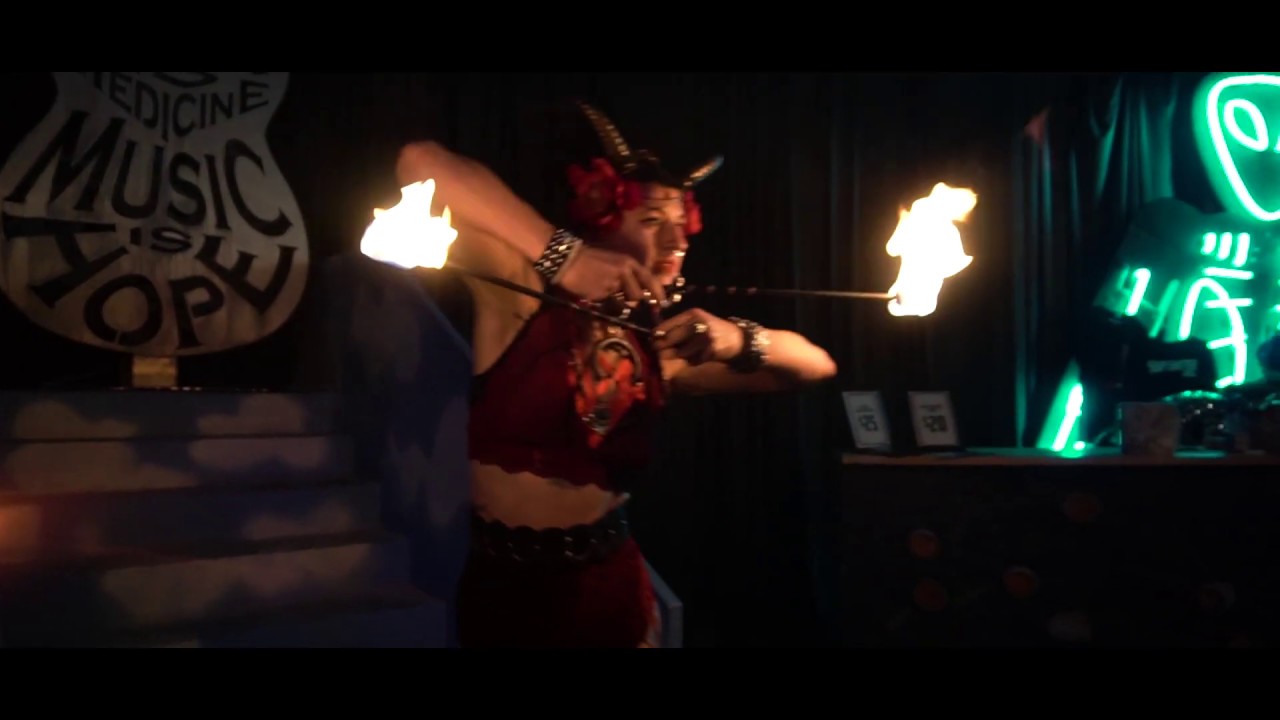 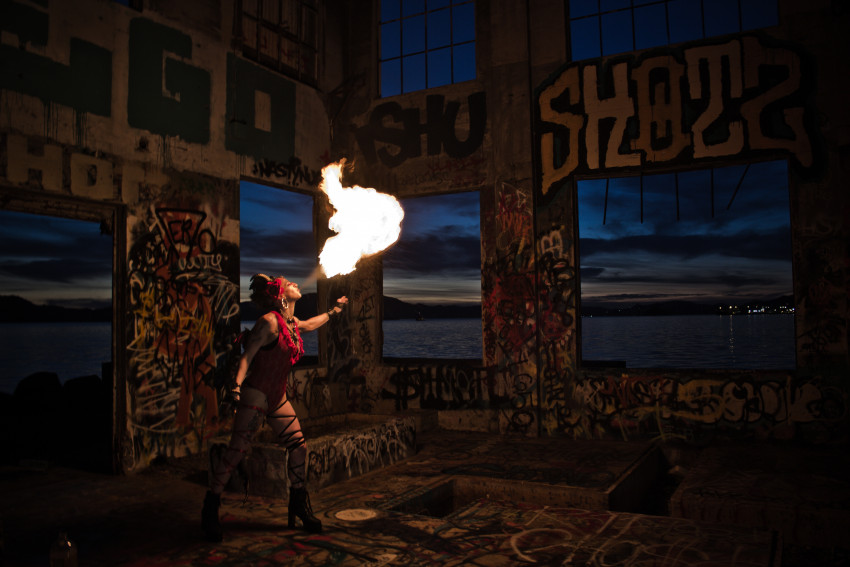 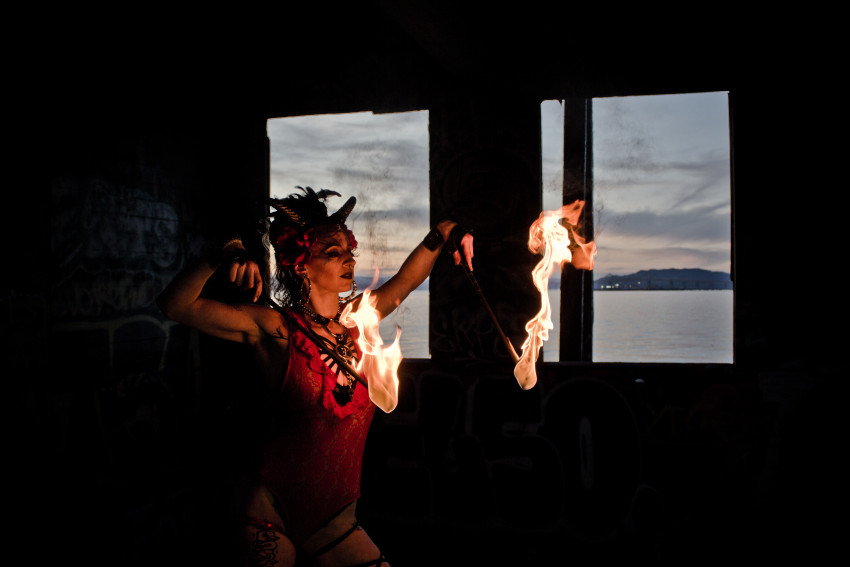 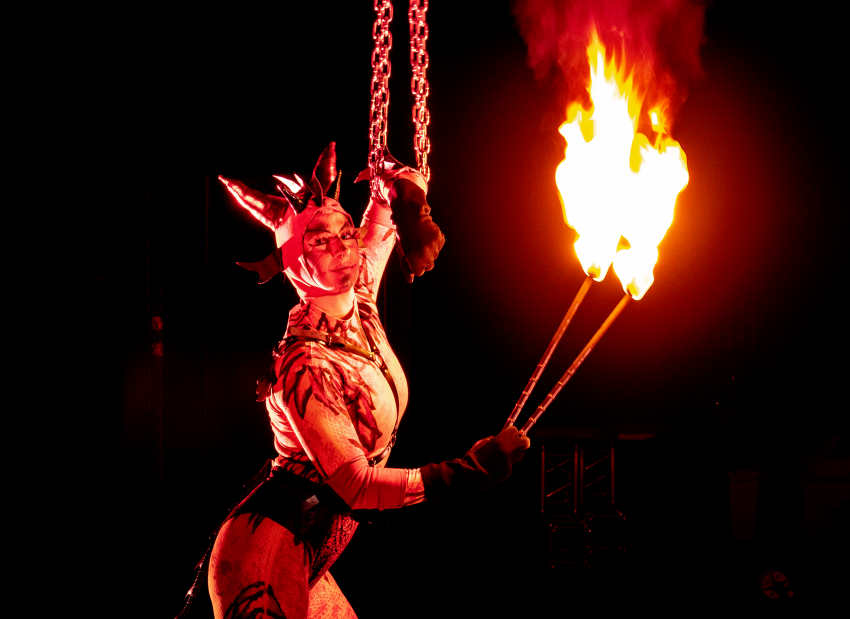 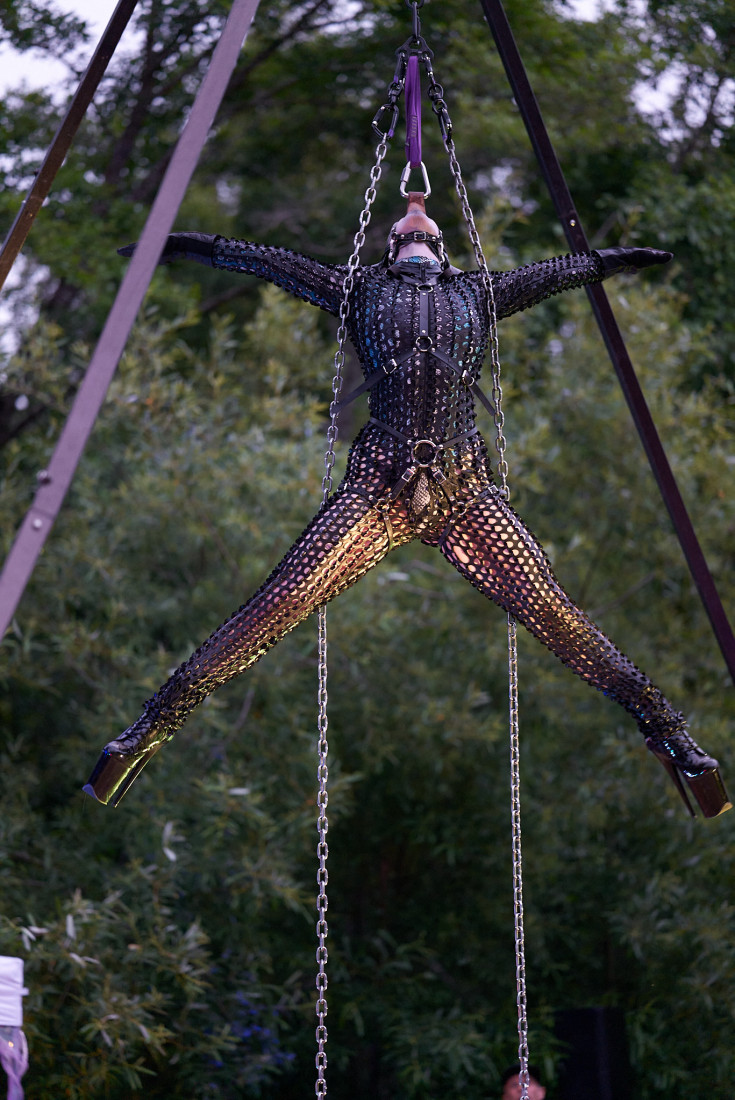 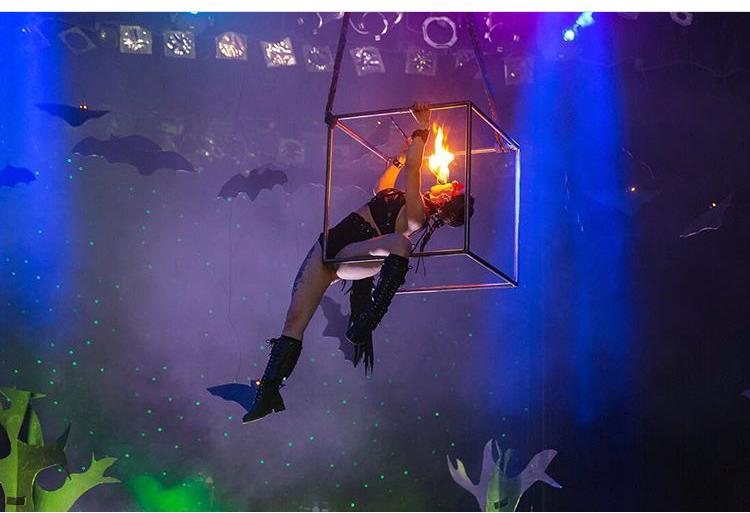 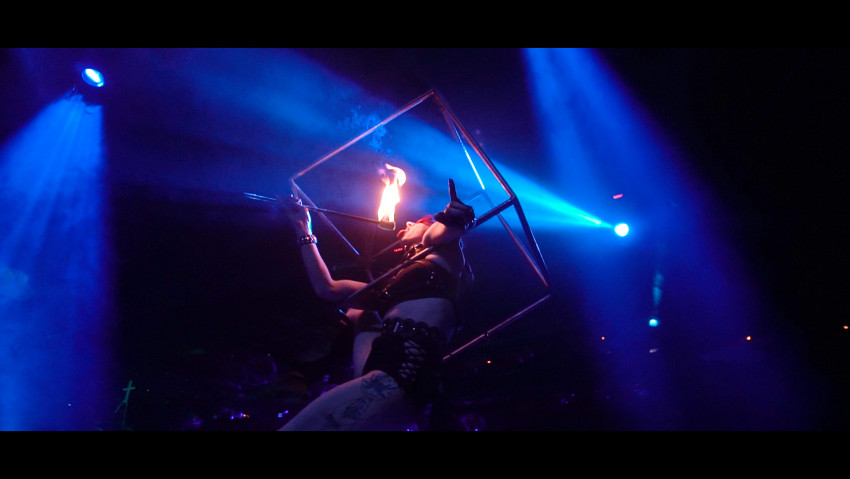 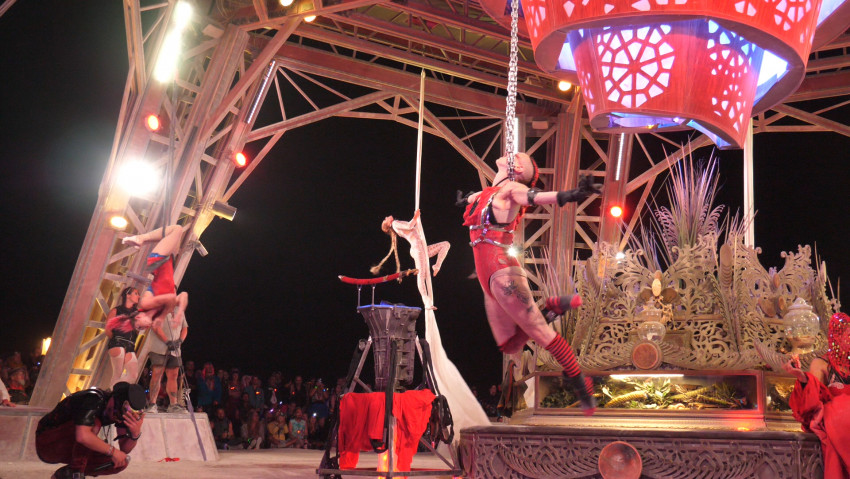 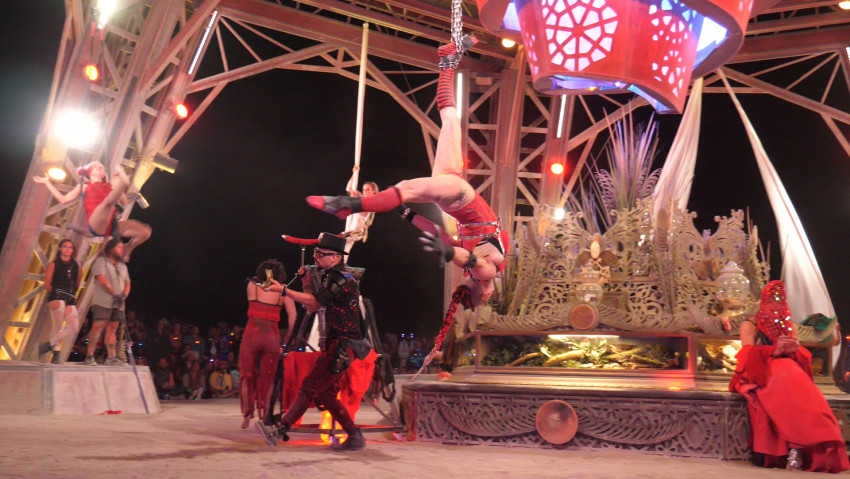 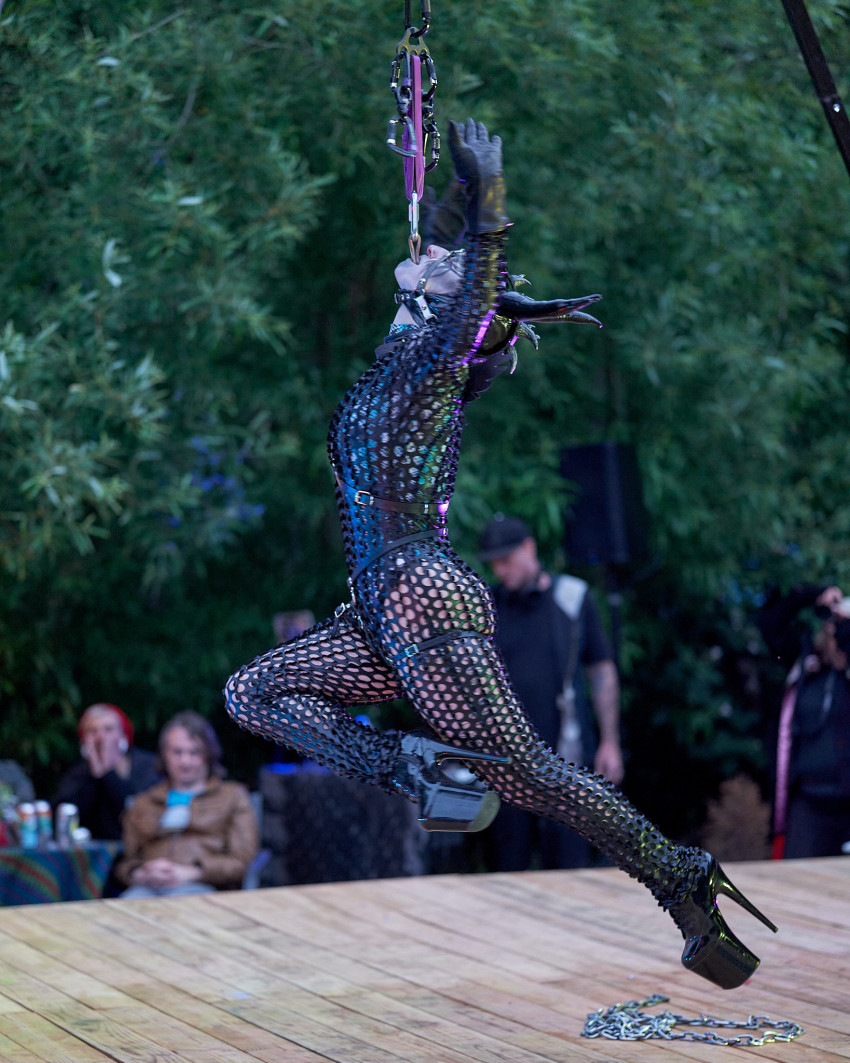 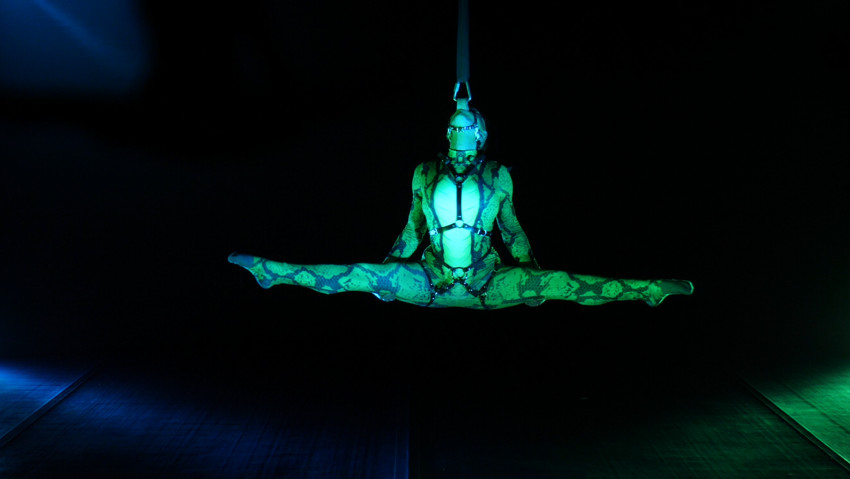 An exciting cocktail of riot and glamour, Drago lights up audiences with their fearless fire and aerial stunt style performances. Their signature act "Dragonesa Unleashed" combines aerial chains and mouth suspension, or fire eating, and is the only act of its kind. Known for their combination of sheer athleticism & graceful choreography, Drago has performed aerial and fire across seas and throughout the Northern Hemisphere. Their solo acts include polished & character specific performances on a variety of apparatus : chains, rope, silks, and hoop, as well as mastery over fire breathing, eating, and dancing. Available for aerial and fire duets, as well as group acts.

We had such an incredible experience. I don't know if I've ever seen kids and parents so happy and entertained. Professionalism was top notch, beyond kind to my kids and the performance was OUTSTANDING!!! This party will go down in infamy. Thank you!!!!

Ma'damn Burnz was literally fire 🔥. Brought a entire new dynamic to my video shoot. Loved her vibe and appreciate her elevating my event. Great job look forward to working with her again in the near future!

Camille was so professional and fun to work with. She was a great host and her project is fire ! Would 10/10 work with her again

Thanks Danielle ! It was a pleasure to perform for you and your community ! Hope to do it again !

Skyhigh Odditorium founder and artistic director, Drago Nesa is a real life anomaly. Taking their first steps upside-down, and using fire as a cure for childhood illnesses, Drago has been performing and creating international shenanigans since their drowning and revitalization in the Bermuda Triangle at Age 2. Their incomparable strength brings them the ability to hang from ropes with one arm for half the day, while consuming flames as intermittent snacks. Dragois an accomplished musician, releasing 2 full length albums, Aliencantation (2017) and Dragon Tongue (2020). Known for their insatiable appetite for the daring and deadly, "Dragons Unleashed" is their signature act that features aerial chains with either mouth suspension or fire eating and breathing.

Drago safely treds over danger's line with their wild performance artistry.
They fearlessly extinguishes monstrous flames, breathes giant balls of fire, in the air
and all over the ground. Known for their fierce dance moves, subtle flexibility, and
sexy costumes, Drago easily draws large crowds into their powerful shows. Drago has spun fire hoops in Chaing Kai Shek's home, eaten fire next to King Tut's Tomb,
breathed fire on Hollywood Boulevard, in addition to her performances at numerous clubs,
underground parties, and street corners. They look forwards to entertaining you !