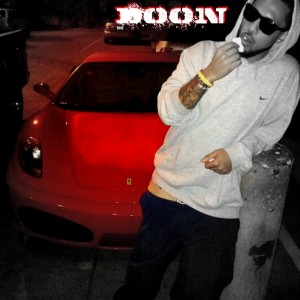 Good looking Hip-Hop vocalist. I have my own style, very distinctive sound. Small following and I'm looking to expand, I know getting gigs is my only chance. I'm from New Orleans with a flow that is a mixture of the artists I grew up listening to: Juvenile, Eminem, Mac, & Jay-Z. Consider me for gigs please. I'm hungry, I've been doing this for a minute. I used to record with Frank Ocean all the time as a teen and I just have to get the ball moving. IM HUNGRY FOR GIGS!!!

Be the first to review Doon

Doon is a performer that hails from the music-rich City of New Orleans. Upon his teenage years he ended up moving all through out the U.S. while continuing to allow his music to mature. Recording with the likes of Frank Ocean, Kidd Kidd, Future, and a number of other artists. After several attempts at making group-efforts, he decided to take matters into his own hands, Doon goes solo. During his time in school at Morehouse, instead of keeping his head in the books, he kept his head in the studio. He turned down a $50,000 deal with Koch simply because the money wasn't right. From spending time in major label recording homes such as T.I.'s Grand Hustle and Juvenile's UTP soaking in as much knowledge about running a label as possible, his vision became clear. He began promoting himself through his THC(Short for Testaphobic) mixtape series which is now in its 2nd installment. "This isn't rap man, I do Hip-Hop if you ever heard of such a thing." "I like beautiful beats, bass heavy shit with samples, that way they think its art." "I Got This Joint is a fan fav. and I don't even smoke joints, they burn too fast." More recently released The Rum Diary mixtape, give it a listen.