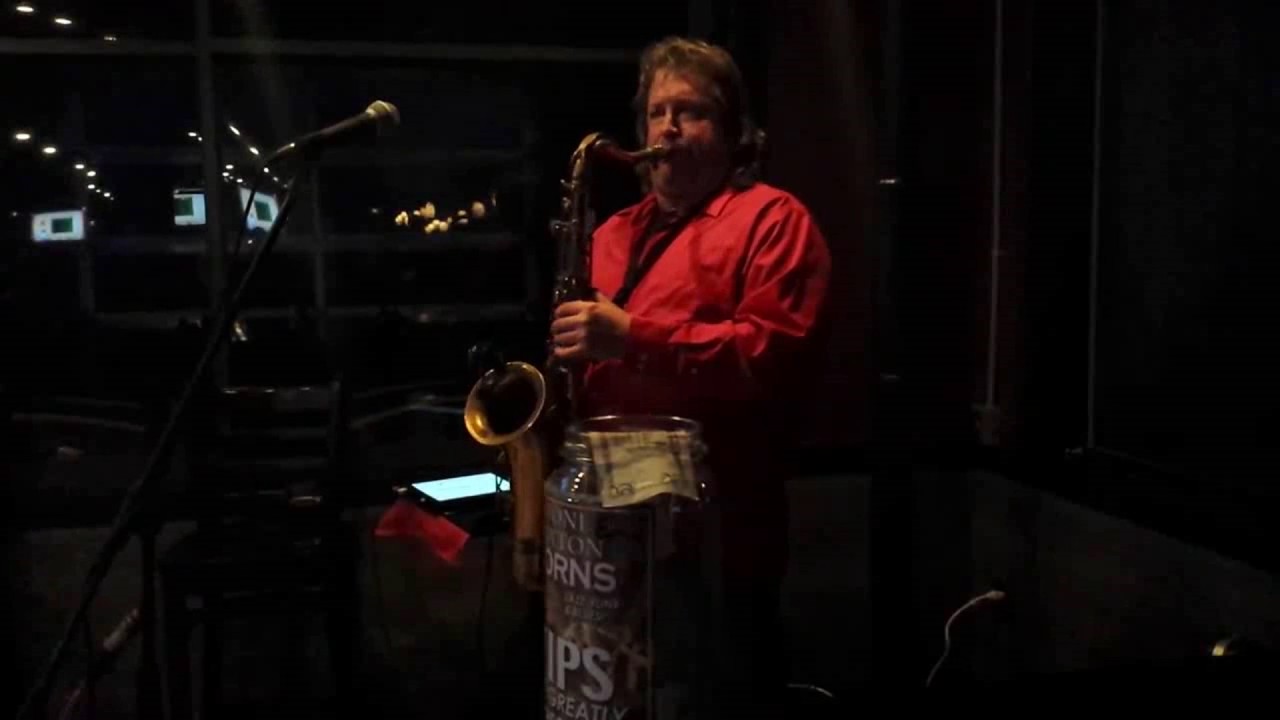 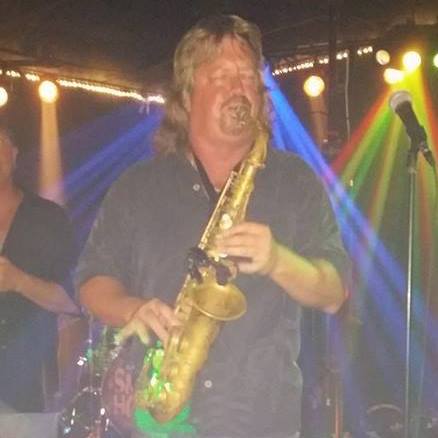 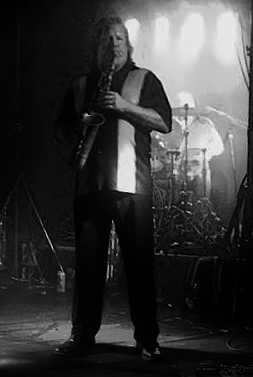 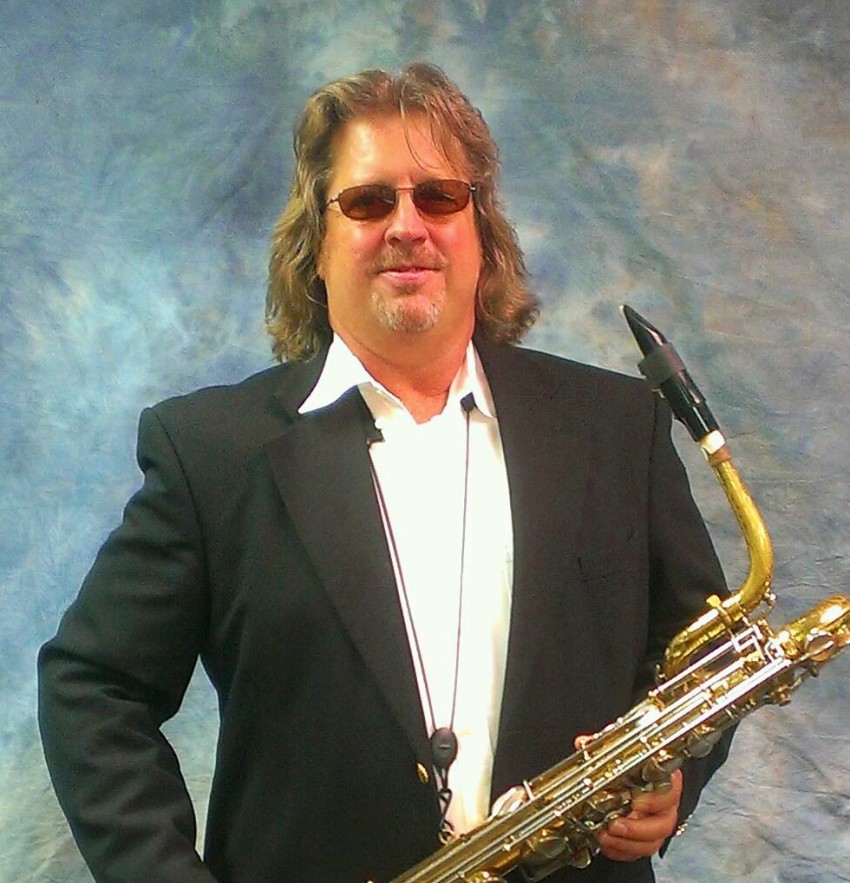 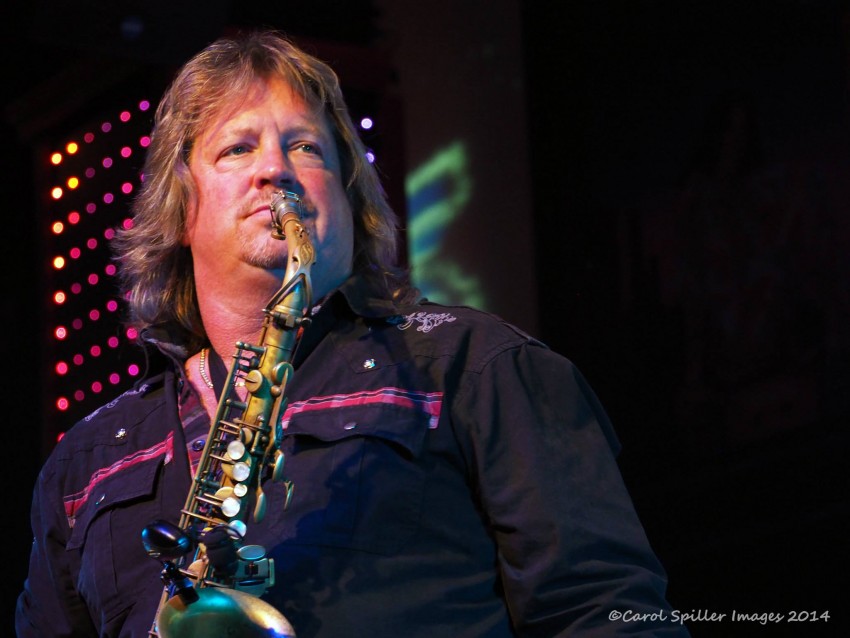 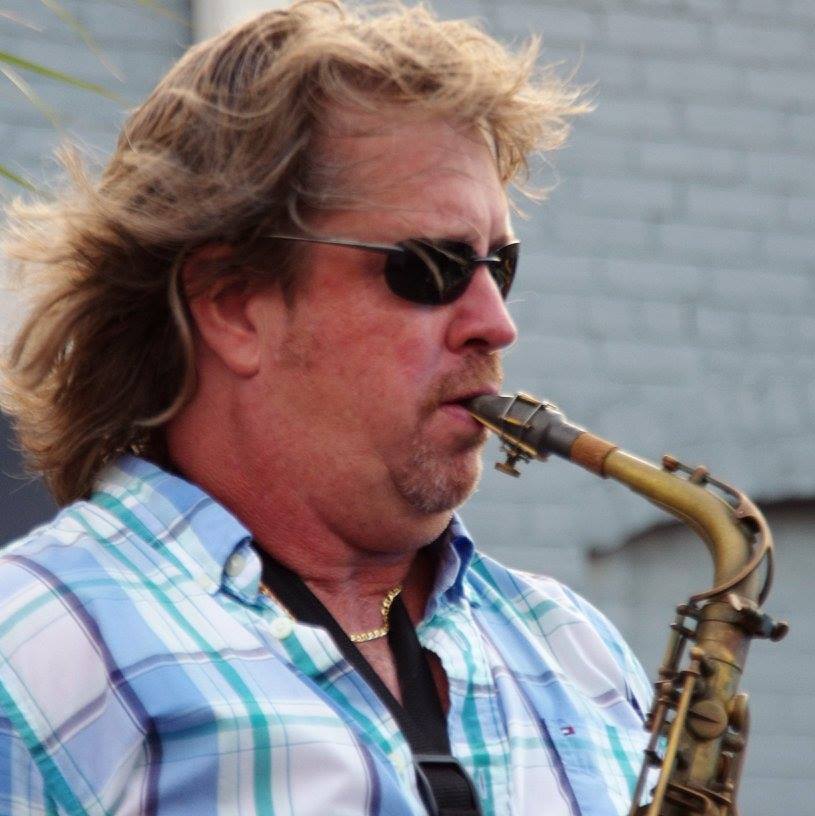 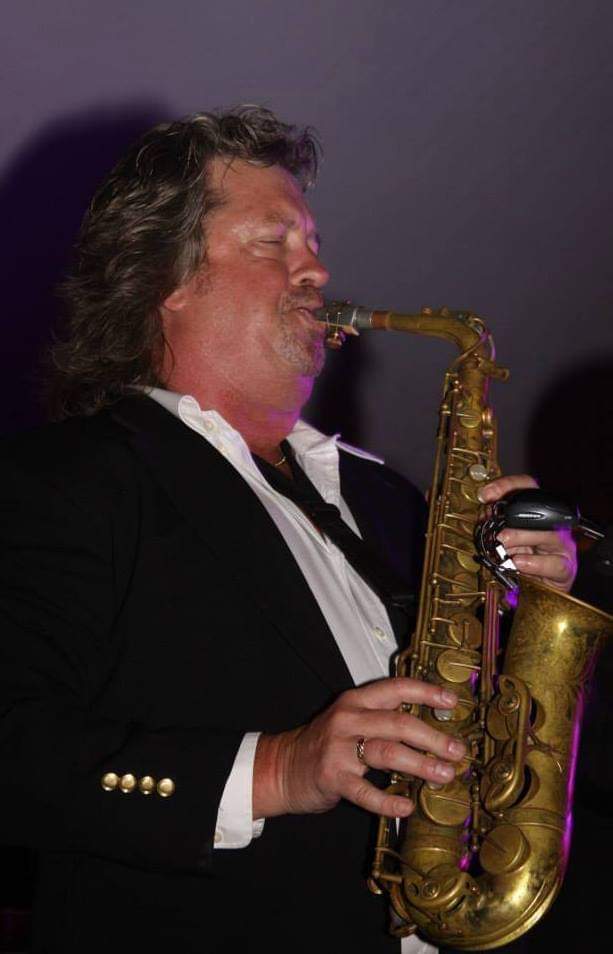 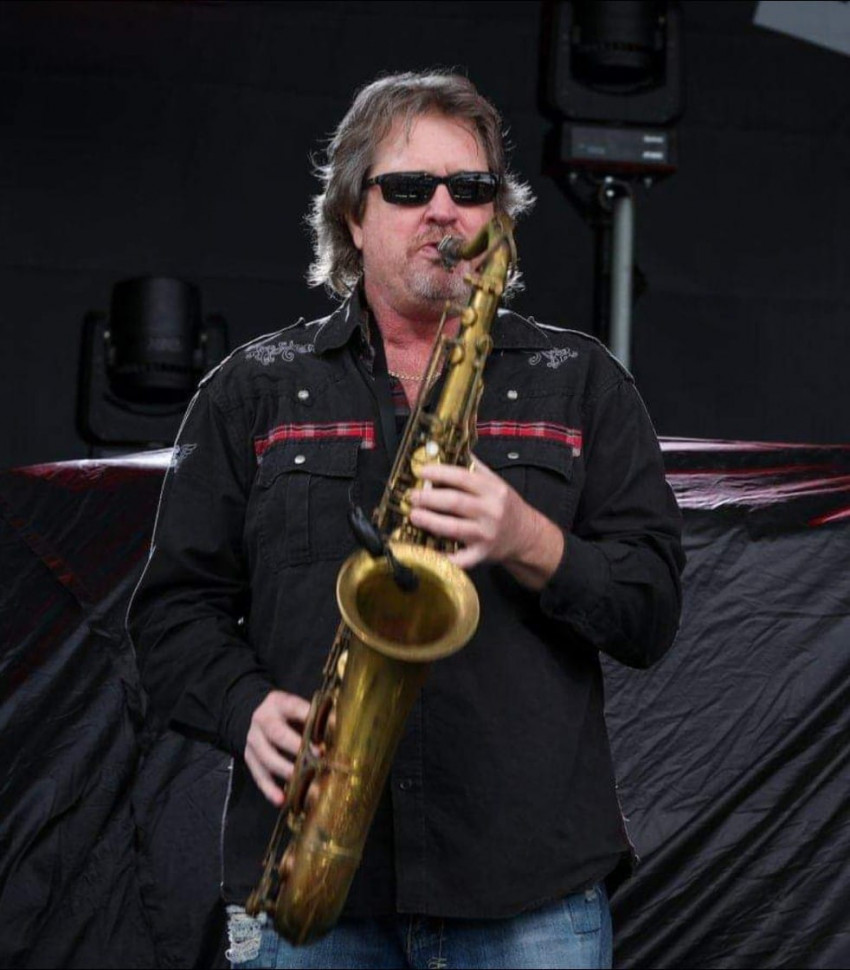 MC personality to engage the audience during performances.

We celebrated my lady’s birthday virtually and had the pleasure of booking Don. He was very engaging and made everyone feel comfortable. Don is a very talented sax player, the selection he played for us was amazing. I almost proposed to my lady after hearing “When A Man Loves A Woman, all I can say is my my my. Don is fantastic!!

Thank you Anthony was a pleasure playing virtually for you, your friends and family for her birthday thank you so much for the opportunity I hope that you will get to come visit me in Myrtle Beach soon and see me live God bless you

Don Colton was very professional. Played the right music for the occasion. Was a pleasure to have. Will book again! Great Saxophonist!

What a wonderful Christmas celebration with this group. Thank you so much for making me part of your Christmas event enjoyed meeting everyone they were so gracious and receptive. I look forward to performing for your group again.

My family and I drove all the way from Texas to spend Thanksgiving at Myrtle Beach and since we were near the ocean, I wanted to surprise my husband w/ an unforgettable, romantic 18th year anniversary dinner. I was extremely fortunate to find The perfect saxophonist and may I add that Don did an Exceptional job. He was very professional and played so many classic hits. My husband is a huge fan of jazz and saxophones...Dons gift exceeded my expectations and set a established a very romantic ambiance for our little rendezvous. We thoroughly enjoyed our evening. Thank you so so much. I highly recommend hiring this gentlemen for your next occasion...you will not be disappointed.

It was a true pleasure and honor to perform for your your anniversary. Your family was so gracious and I enjoyed playing for them as well. Look forward to doing it again next year or sooner. I really appreciate you posting the pictures.

Wonderful comments were said at the event. Thank you so much!!

Thank you Katie. It was a great pleasure performing for your event.

Greatest decision I ever made

Don was on time , punctual, and extremely professional. He set the whole tone for my wife s bday party. He also went above and beyond to work with another artist. He is your go to guy

Exactly what we needed!!

Don was on time and provided exactly the background sound we wanted for our gathering of over 250 people. Well done Don, well done!!

Thank you Tom and guests for the overwhelming response and appreciation from all. Look forward to future events and parties.

Great Performance at our event hosted by Whole Foods Market

Customers were able to enjoy the performance from Don and requested he come out for future events held at our Whole Foods Market Charleston store.

Don was awesome! My guests loved him during our cocktail hour. He was on time, dressed and very pleasant to partner our wedding event.

Was so honored to be part of your wedding day. Your family and friends were so complementary. Congratulations and God bless you both. I look forward to a return performance for you anniversary!

Don was wonderful. He arrived on time and was very professional. His playlist was exceptional and he received compliments from all my guest. This was my first live performance booking and I was extremely pleased with Don.

Marcy was The Perfect Host and her guests were so kind and complementary. I handed out many business cards and several CDs. Truly enjoyed everyone there. Hope to provide entertainment for her and any of her guests in the future.

Don Colton AKA The Sax Maniac is amazing! The rating allows 5 stars but if it went to 100, Don would most definitely get it! My daughter was married at Cypress Tree Plantation on Edisto Island, April 28th, 2018. I cannot begin to tell you how beautiful the sax was with Don playing. He is definitely a professional. I had absolutely no idea what GIGSALAD was but put blind faith in Don & His credentials and I am here to tell you – The Best decision EVER! Upon my very first request for information regarding a Sax Player in the surrounding area, Don immediately responded and developed a genuine bond with the bride as well as myself. He was heartfelt in wanting to get to know the bride so that he could provide the quality service to meet our expectations. I promise you Brides – He exceeded it! He arrived early, on time and performed as we requested. We had over 200 guest that complimented and loved his performance. He added such character to the wedding and it was absolutely beautiful... His personality played right in with our family and friends. He is genuine and his work is outstanding. Not only did we get the Best of The Best but we established a friendship and have the upmost respect for Don and his work Ethic. He has the talent, class & personality to provide exactly what you want & need for any occasion. He is The Best! We will be calling on you again Don!

Thank you for your hospitality and kind words. It was a beautiful day and was honored to be a part of it. Look forward to entertaining your next events.

Don made our event fun and memorable. He arrived promptly and set up expeditiously. We would book him again in an instant.

Thank you Leo and Donna. You and guests were so gracious and complimentary. I hope I can be of service to you again.

All of our guests loved his rendition of popular tunes turned into jazz. Great job!!!

What a great performing experience for Ripleys Aquarium. The fish all seemed to be pleased and the flow of compliments was non stop.Thank you to your staff and crew for their assistance. So looking forward to your next events. I will have "Mack The Knife "ready for the sharks !

On time, professional attitude, and great musician. I would recommend to anyone.

Thank you and your entire staff at Barefoot Church for a wonderful event.

What magical jazzy music at my wedding's cocktail hour! My guests all commented what a cool touch to have sax music playing. Don Colton is extremely talented at what he does with that Saxophone! I would hire him again in a heart beat!

It was honored to be part of your wedding. Your guests were engaging and complements were meet with hand shakes and nods of approval. Thank you for letting me be a small part of your beautiful day. Congratulations and God Bless.

Don's 30 + years of professionalism is what will earn your respect and appreciation. But when you hear his sound you will fully appreciate his talents. Combine all the above with his personal appeal and you will see why Don Colton has been such a success with thousands of clients, agents, and events. Don has the "it" factor that put people at ease when he performs. His personality and passion to entertain are heard and seen with each note and song.

Don Colton was born in southeastern Iowa. He grew up in a musical family being the fourth generation to perform music professionally. At the age of six he gave his first public performance singing for a small country church accompanied by his three year old sister and mother on the church piano. Growing up, he performed in his church and his parents’ band playing locally. During his high school years he also attended the University of Iowa and University of Northern Illinois music programs.

At 18 he joined the US Army Band and graduated from the Army School of Music. He was lead saxophonist for The First Calvary Army Band at Fort Hood Texas. He performed and was the arranger and producer for the recruiting show band that was featured with Lou Rawls among other national acts while touring.

He has been in the Myrtle Beach area since 1988 where he has been performing and recording with various bands and shows including The Carolina Opry, TKO, a 15 year house band for 2001, Nashville To Broadway Show, The All American Music Theater, performed and recorded two CDs with Heart and Soul, a Carolina beach band that received the 2001 CBMA "Best New Artist" award. He also had his own band Permanent Tourist that has performed locally since 1993. In 1994 he was cast in George Lucas' film Radio Land Murders. It was set in the 1930's where he played as lead saxophonist for the radio stations band. "It was a real acting stretch but I think I captured the part!"

Since 1988 Don Colton has been residing in Myrtle Beach SC performing recording as a sought after saxophonist and vocalist for local and regional artists, bands, and theaters. He was even cast in a 1994 George Lucas movie Radio Land Murders, where he played the part of a radio station musician. Having founded and managed several of his own bands he also is active in his community in business ventures, local charities, and any Sunday in church when the opportunity arises. As an active on demand studio horn arranger and recording saxophonist he also is in demand for his trained lead and harmony vocal talents. With Dons formal training combined with his musical and managerial experience, Don Colton has appealed to a wide spectrum in the entertainment industry, and continues to love the challenge of entertaining in a wide variety of roles.

Full production for up to 300 people with stage lighting available. For larger venues contact for pricing if lighting and sound is needed.