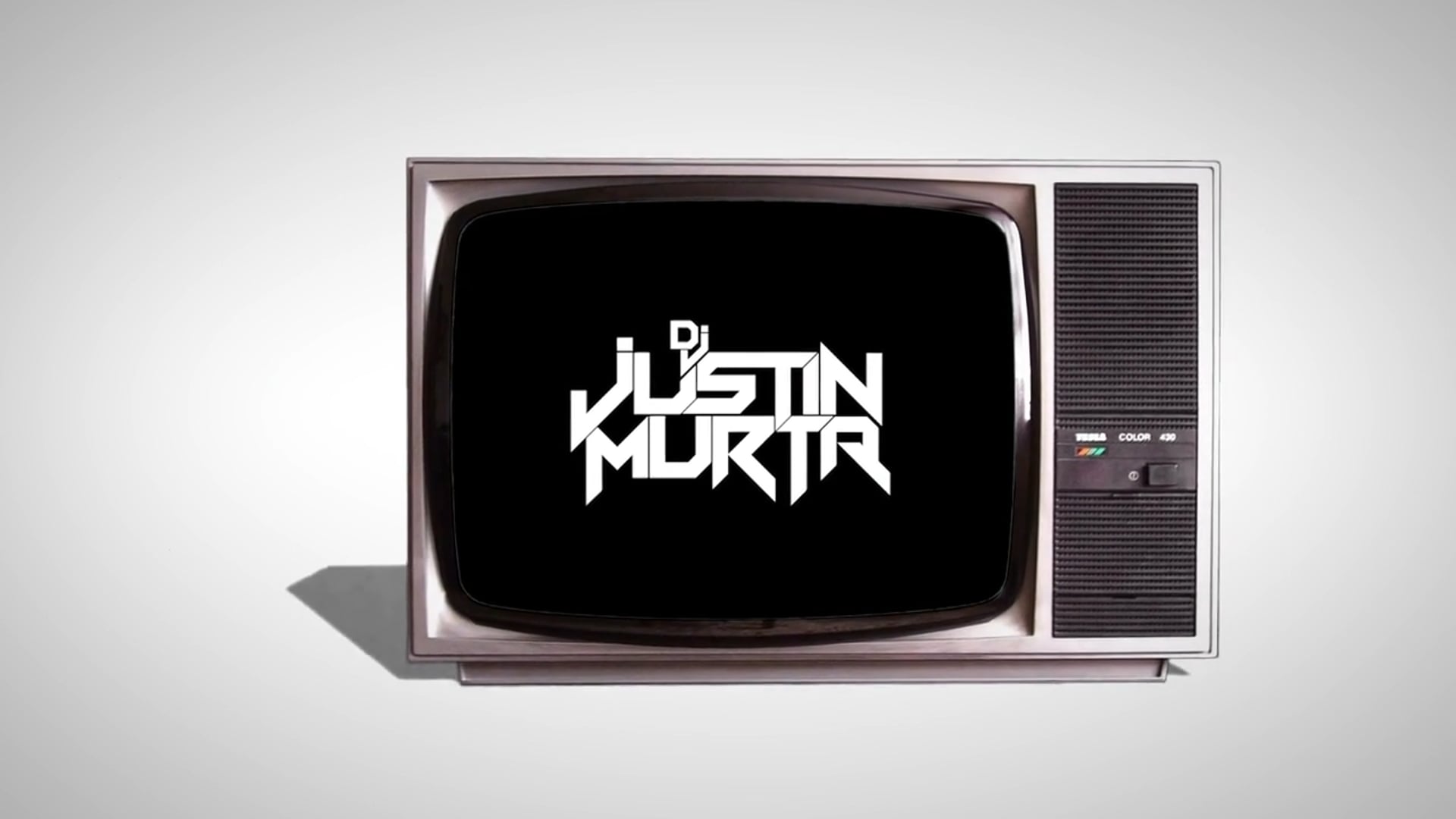 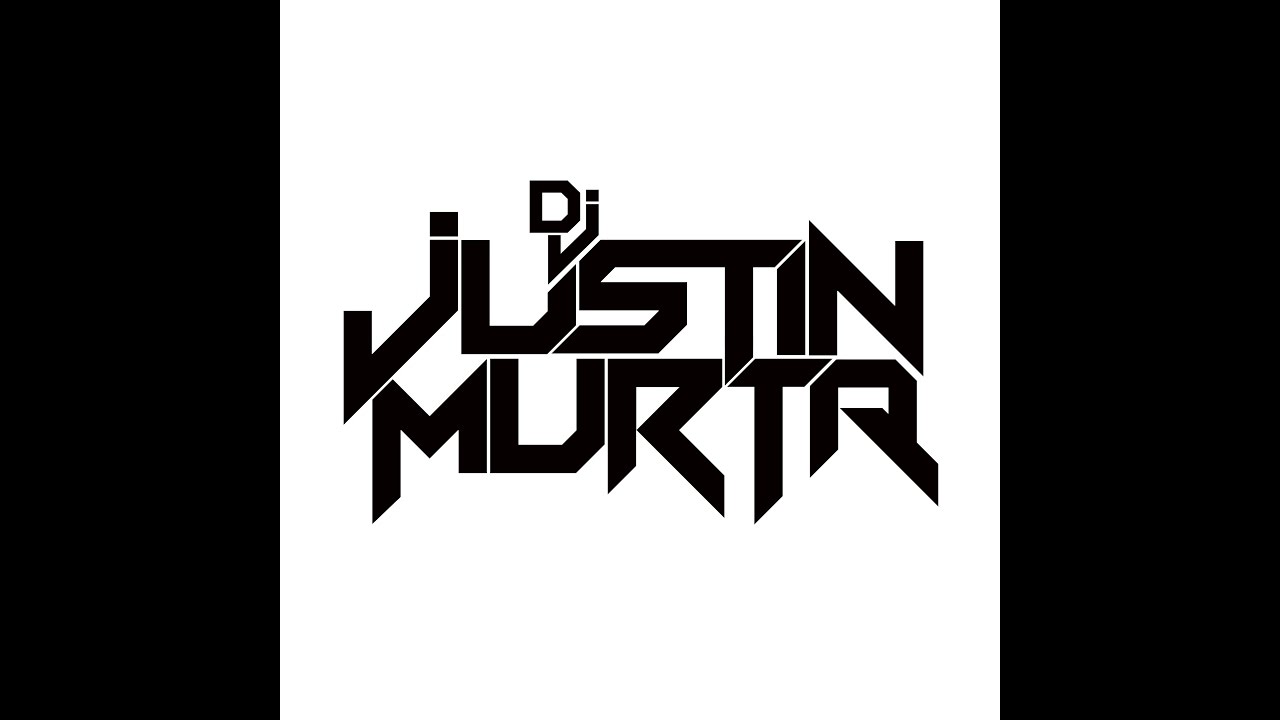 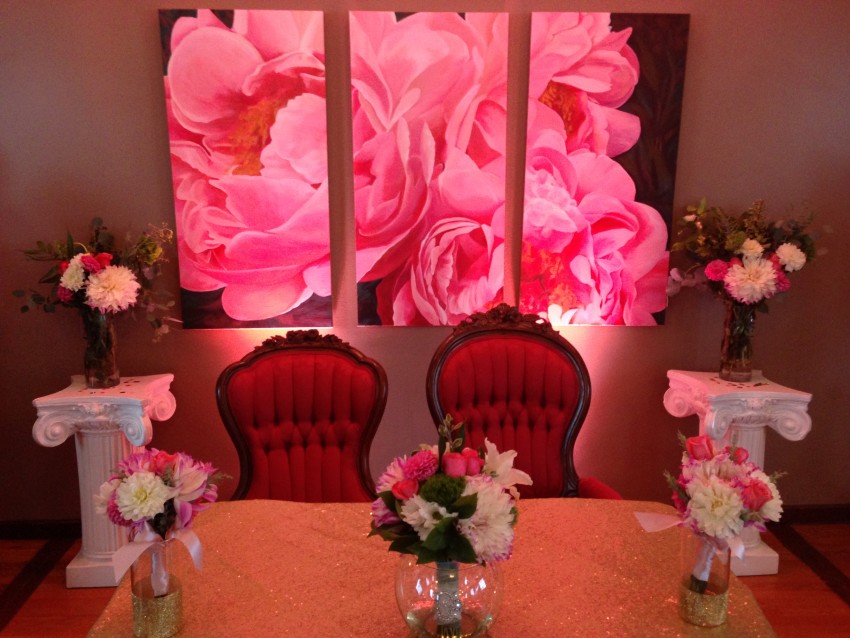 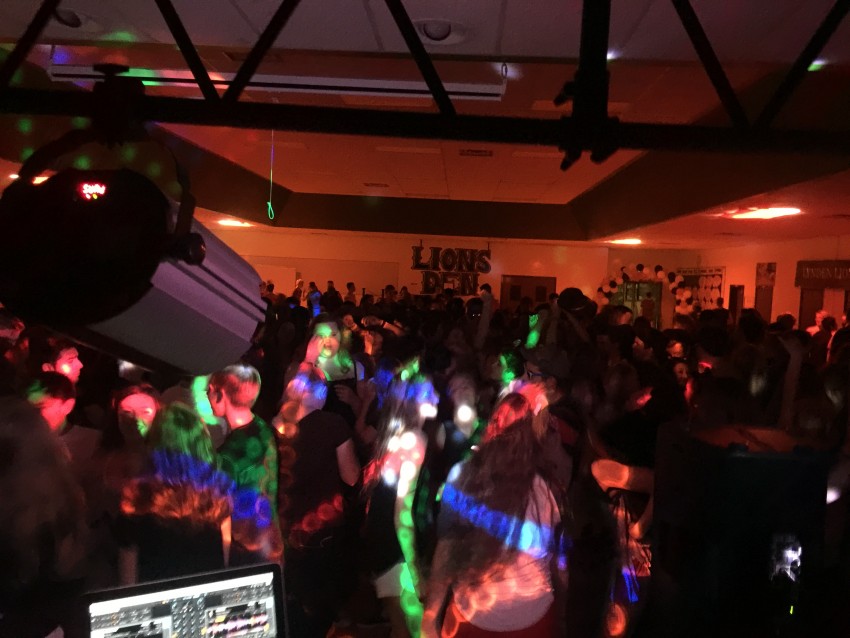 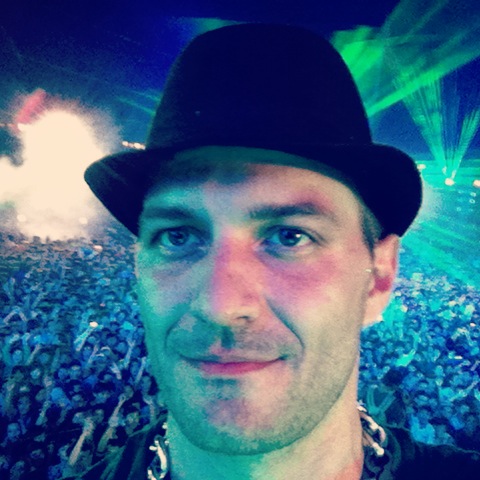 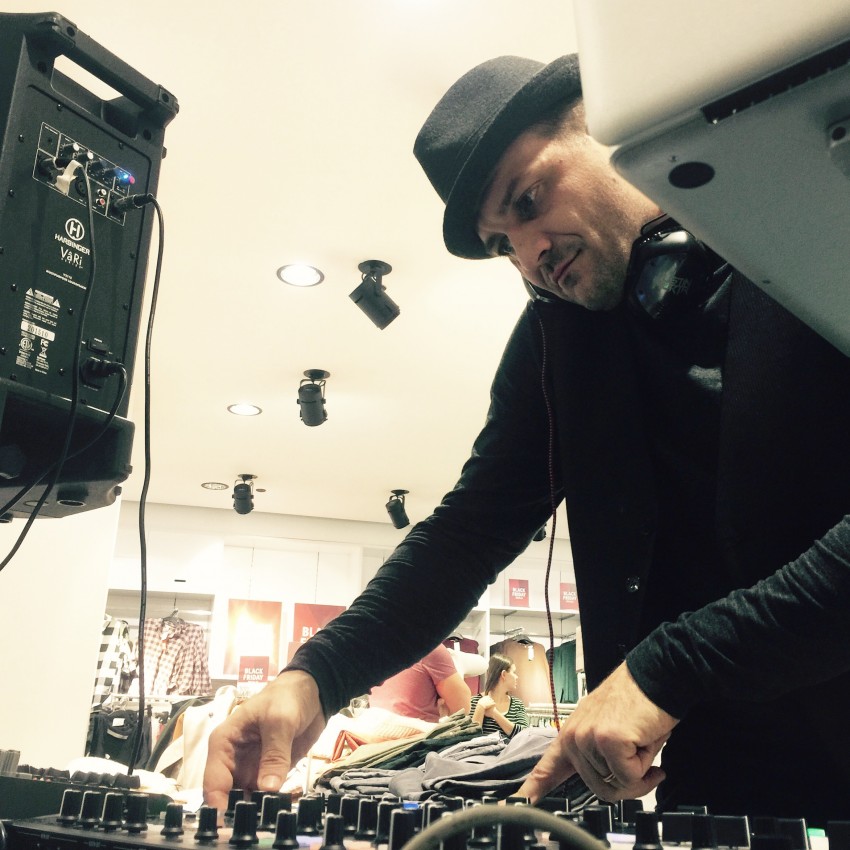 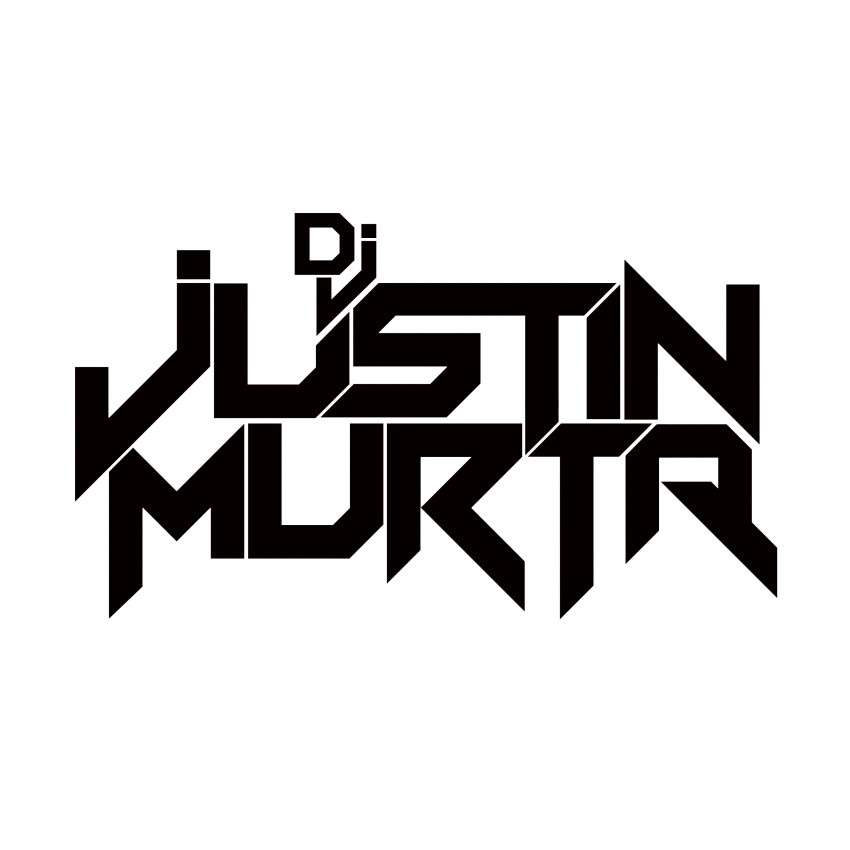 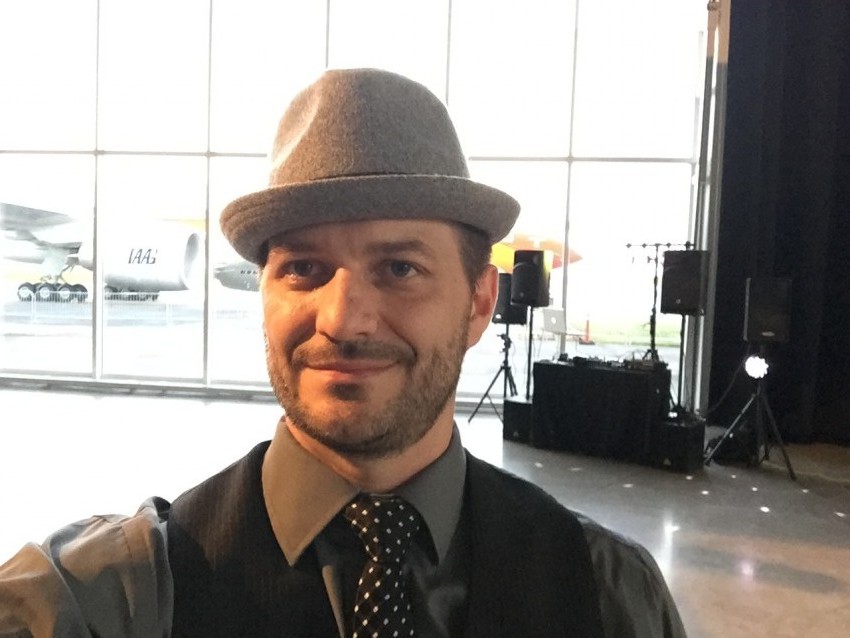 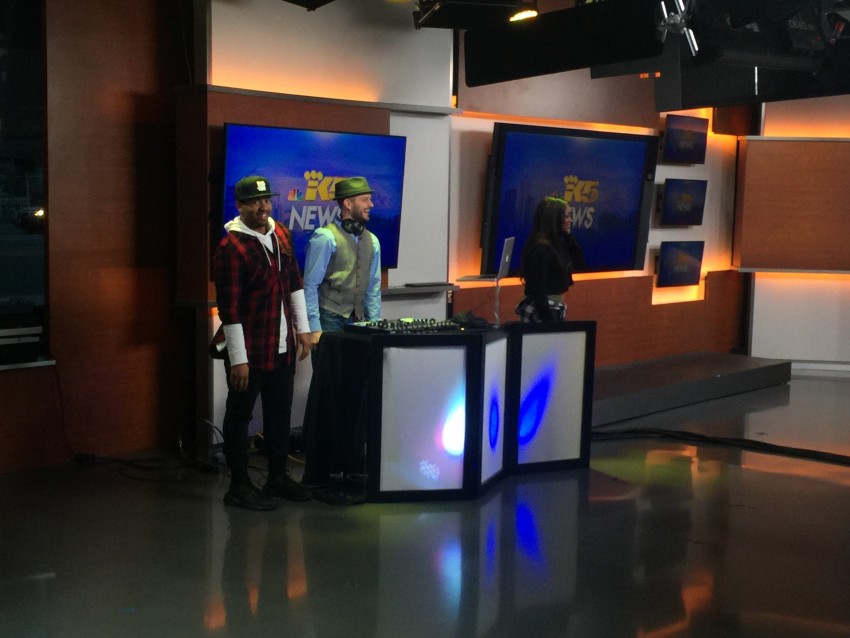 Behind the scenes at King 5 News 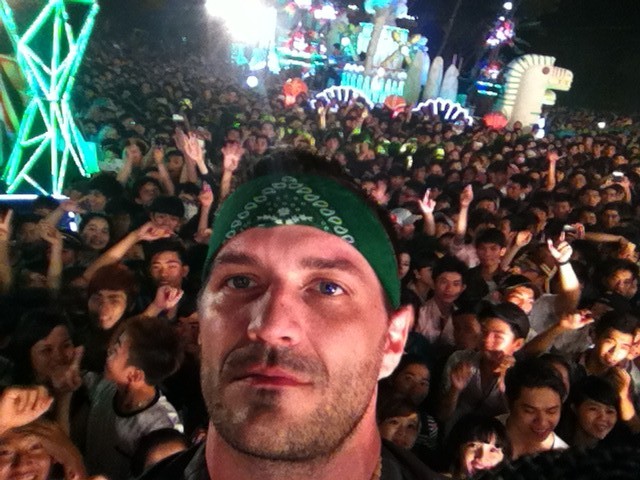 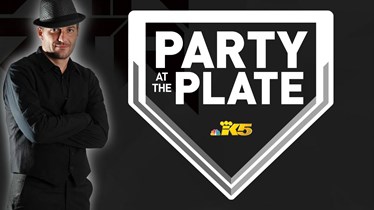 Party At The Plate

DJ Justin Murta is one of the most electrifying entertainers in the world. He has performed in 34 countries and has toured professionally for over 10 years. He has developed into a triple threat performer (DJ/MC/DANCER) ready to rock any stage in any venue. From EDM to ROCK and HIPHOP to HOUSE and everything funky in between..Be prepared for a show unlike anything you have seen before! You can see him Friday mornings on King 5 News' Party at the Plate!

We hired Justin for our Safe and Sober Grad Night event. He played a great variety and took all of the kids requests.

Carrie, Thanks so much for the kind words. You have an awesome group and appreciate all the hospitality! Have a great week and hope to work with you again. Thanks, Justin Murta

No words can describe how amazing DJ Justin has been! Went above and beyond, arriving 2 hours early, braving snow storm and a spectacular DJ! Able to play everything on the given playlist and event details. Fast and quick! Expert DJ pro that you can trust for your wedding needs!

DJ Justin Murta was amazing! He is a very talented DJ and knows his materials well. He arrived on time and set up right away. He is so friendly and we had some great conversations. The music he chose was so perfect!!! Everyone loved him and wishes for him to return. We might have to do another hunting party soon! I wish I had pictures to show, but I don't on my phone.

Wonderful DJ for a Corporate Event

Justin was professional, courteous, and a perfect addition to our Corporate Event. I highly recommend him for any DJ/MC needs!

Great choice for a wedding reception!

I am so grateful that we found DJ Justin Murta on GigSalad. Justin very generous with his time and willing to work with our budget. He was always remarkably friendly and easy-going, and consistently has a can-do attitude. At the wedding reception, Justin always had a smile on his face and seemed truly happy to be there. He clearly has an intuitive knack for what he does. The guests and I had a great time listening to Justin blend songs in surprising and creative ways, and guessing what was coming next. Justin also did a fantastic job at getting a sense for what kind of songs my groom and I wanted played (He played some favorites that I don't believe I'd even requested), as well as reading the mood of the room and picking songs accordingly. Thank you, Justin!

Carly, the pleasure was all mine. You have a wonderful group of family and friends and it made my job easy. I appreciate your hospitality and wish you the very best! Congrats again and hope you have a great week :) Thanks again for your kind words, Justin Murta

Amazing! Versatile, dependable and life of the party.

Having a good DJ is essential to any big event, but DJ Justin took his duties to the next level and was a Great DJ! I hired Justin for a large Corporate Gala in the Summer and he kept the crowd engaged, helped to keep the event on pace, created a playlist exactly the way I asked him to, and displayed the utmost professionalism. It was amazing that he was able to get a group of accounting and finance professionals from a tech company to let loose and dance until the night ended. We had many compliments all around and had the best annual event by far. That is in many ways, thanks to Justin. Would absolutely recommend and rehire for future events!

Justin did a fabulous job at our wedding reception this past Sunday. He has a great taste in music and did a good job at keeping the party going. My husband also enjoys his music and Justin was more then willing to collaborate on a play list. He actually encouraged it. The best part was he wasn't cheesy! there was no electric slide, no funky chicken, and no random jokes. He was extremely professional. We are actually planning on booking him for several events through my husbands work. We are looking forward to working with him again.

Katy, Thanks so much for the great review. You guys were super easy to work with and I had a great time. The view from the Conference Center was truly remarkable! I really appreciate everything, have a great week.

We booked Justin for a corporate DJ gig the week-of the event. It was ever changing and we ended booking him an extra hour than originally requested. We greatly appreciated Justin's flexibility. Thanks!

Thanks! It was awesome working with you and your staff. The event was among the best I have ever participated in. Have a great week and hope to work with you again!

Justin did a great job at our wedding renewal. I love the fact that I was able to send him my playlist of Lao and Thai music. Everyone loved him! He got the crowd all hyped up and grooving on the dance floor. He's very accomodating, professional, and cool! I love that he was having fun and jumping and dancing along with us which shows his passion for being a DJ. I would totally book him again and again!

Sammy you are so awesome! You and your family are truly great peeps and can't wait to see you guys again!!!

Justin did a great job DJing our wedding! He was easy to get ahold of before and up until our big day and answered any questions we had. He accommodated all of our requests and on the actual date, exceeded our expectations. Thanks, Justin!

Thanks so much for your awesome review and great wedding! It was an awesome event and had a great time. I wish you and Jason all the best! Have a great week.

You give Justin a little bit of direction for what you want at your event, and he takes it an extra mile! He is AMAZING to work with. He is reliable, creative, proficient, and a very humble guy. This is the 2nd year we've had him DJ for our fundraising Gala, and we look forward to hiring him for years to come!

That was an awesome review :) I am so happy to work with you and your wonderful organization and look forward to the museum of flight next year! Have a great week!

No sure what I'm supposed to type in here.

On time, great interaction with the crowd and many compliments from our attendees.

Thanks for the great rating :) You and your guests were awesome to work with and look forward to djing for you again!

DJ Justin is AMAZING!!! He was professional and did EVERYTHING he could to make our day absolutely perfect and amazing! He is genuine, kind, accommodating, fun, entertaining, approachable and just flat out wonderful. We had a unique request for a blended family ceremony. He was so accommodating and wonderful with kids, even had the perfect array of Disney, classic, top 40, and could bust out every request in second! I would hire him again for any event! I highly recommend him!

I just wanted to take time and thank you for such a wonderful comment. You had one of the most beautiful wedding events I have got to take part in and I really enjoyed your home made jam! I am so happy for you and your family and wish you the very best. Have a great week.

We hired Justin after hearing him when my now husband and I were out at the Angel of the Winds Casino. He is really incredible and keeps everyone moving! He showed up early and was very professional! He even accommodated the best man when he wanted to sing karaoke. We look forward to hiring him for future events!

The best DJ yet!

We do a lot of corporate events in the Northwest and last week Justin was the main attraction for our conference after hours. It was the first time we have ever had an entertainer; dj, band, etc. that was able to keep the crowd dancing for over 2 hours! We will definitely use him again.

Very efficient.
First time working with Justin and the experience was a good one.

Thanks! Great working with you too :)

I used DJ Justin Murta for my 40th Birthday dance party and was very happy and pleased with his work and service. He did a fantastic job during the event and met all of my requests. He did a great job putting all the music together. He was prompt with his responses and was easy to communicate with for the planning. Over all I had a great experience! I would use his DJ service again and will refer him to others.

Wow! Thanks so much for the great review :) merry xmas and happy new year!

Justin is a top notch entertainer!

Whether you are looking for a DJ, an MC, or a dance party leader, Justin Murta brings a fun, high-energy entertainment experience for any occasion. For years, I have enjoyed working with Justin on many projects and events (club gigs, theatre shows, schools, corporate parties, etc) and know I can always count on him to be professional and thrill audiences.

They would expect a very sophisticated, high energy DJ who is ready to do anything for the client and their guests. I try to accommodate everyone's wishes both creatively and business wise, I want to make sure that after a gig, everyone is happy and looking forward to working with me again!

American DJ and EDM producer, Justin Murta is one of the most electrifying live DJ’s in the world. His amazingly strong sense for hits and ability to move crowds across the globe has propelled him to some of the biggest parties and stages around the world. He has performed in 34 countries and has toured internationally for over 12 years. Justin spins everything from EDM to ROCK and HIP-HOP to HOUSE and everything funky in between… He is always ready with the right tune for the moment!

All performance technical information is available upon request. I can fulfill any event from 5 to 5,000 for sound, stage and lighting needs.

Any genre of music is available and any playlist can be accommodated with at least 1 weeks notice.

A safe, stable area that can support stage, sound and lighting

Monica S. said “Mina did our wedding this past weekend, but his dedication and hard work started from the very moment We spoke with him, He is very thorough in what he…” 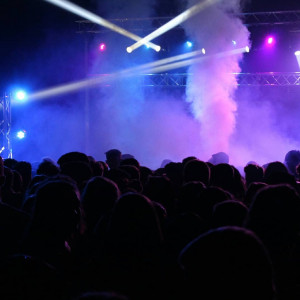 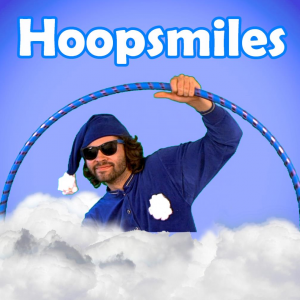 Rachel O. said “For our summer program we had about 40 kiddos in attendance from ages 3-5. Hoopsmiles did a great job of keeping the kids engaged, entertained, and even…” 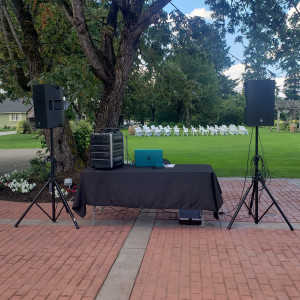 With several years in the music industry I am here to personalize your wedding experience however you see fit. Very flexible in making sure I have everything you…