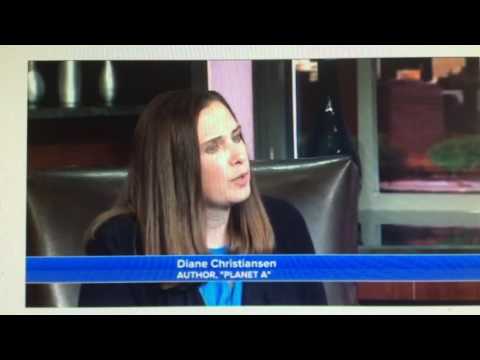 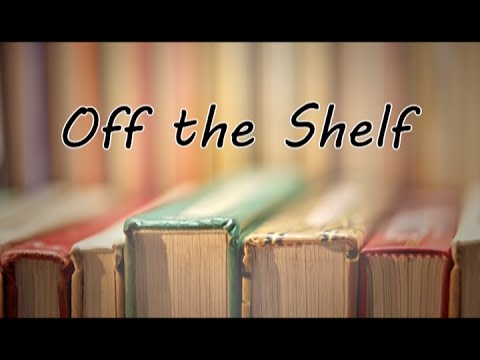 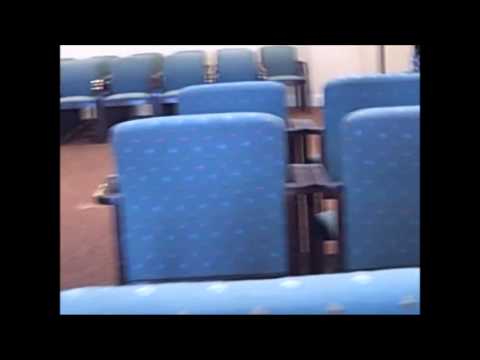 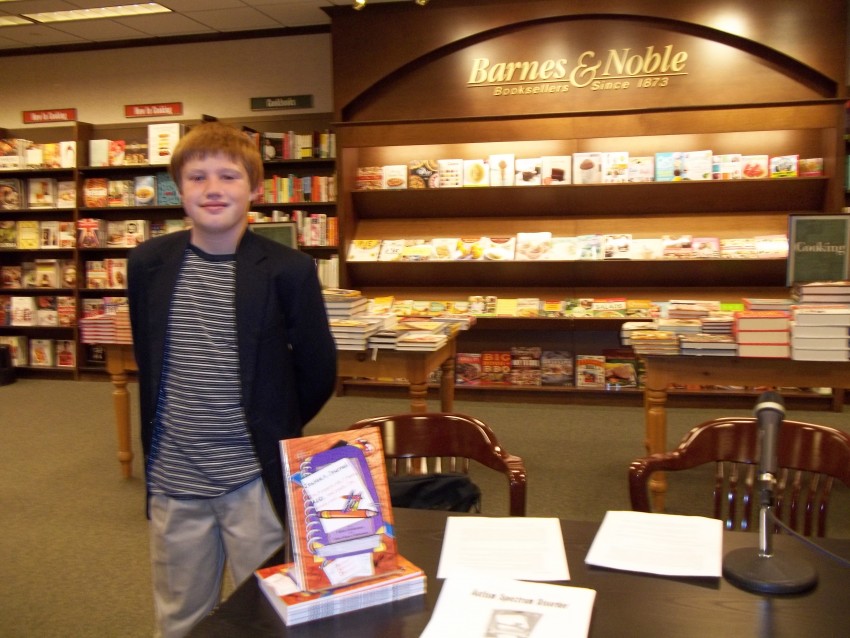 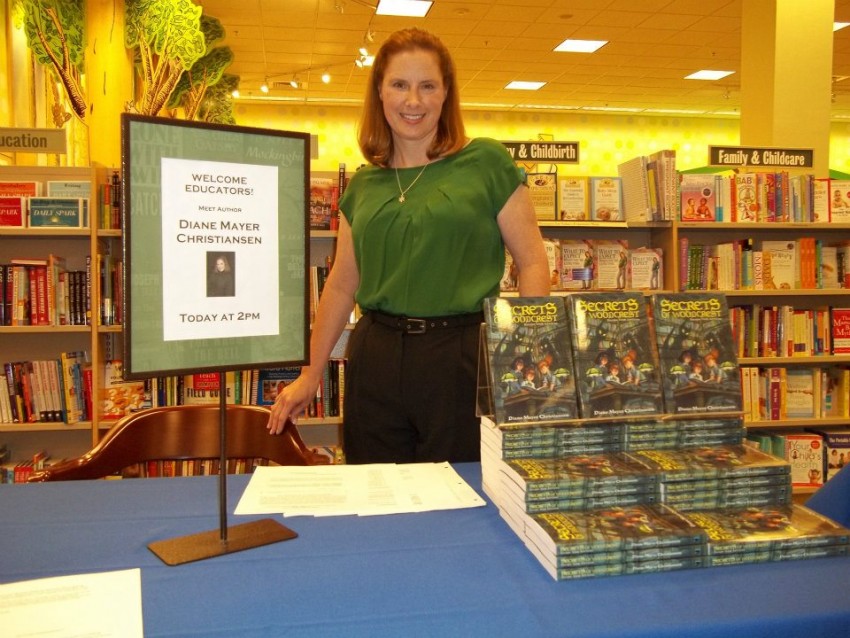 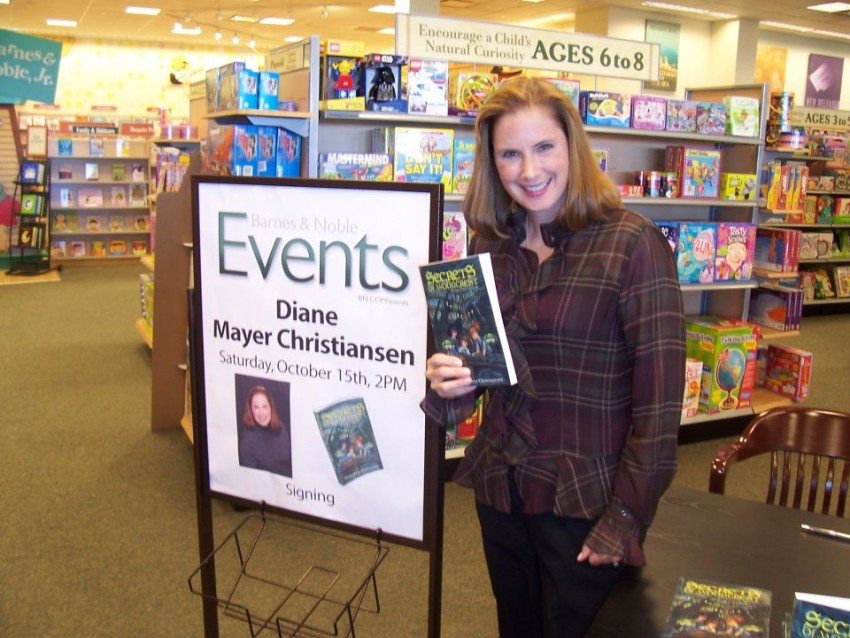 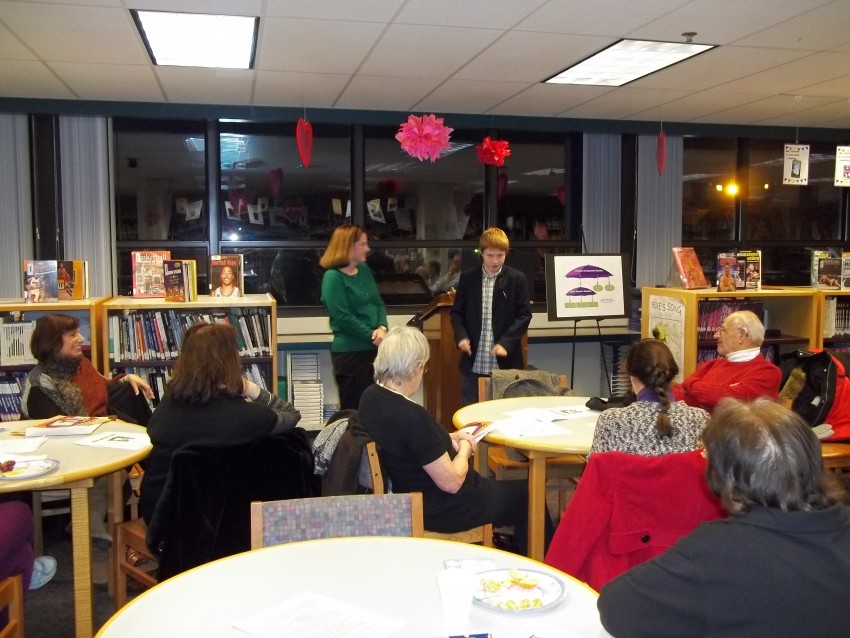 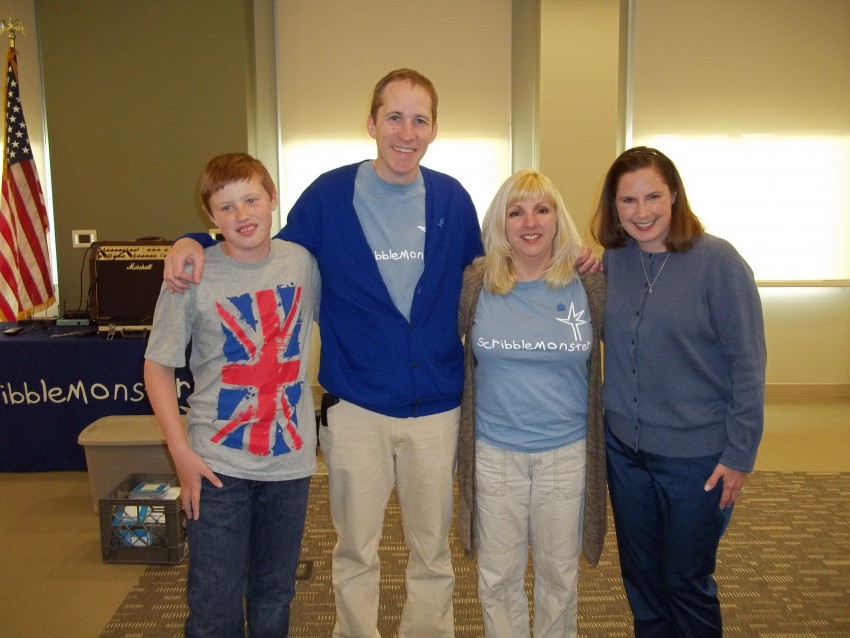 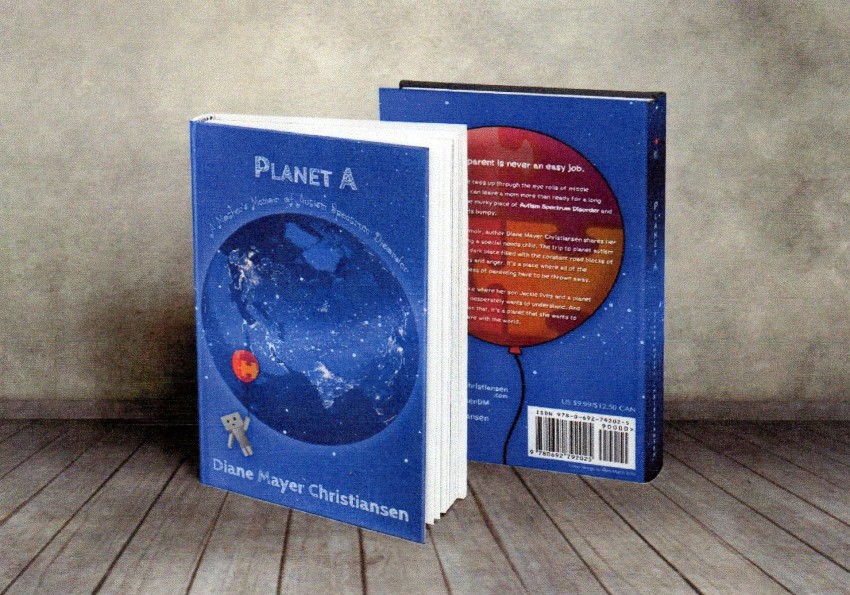 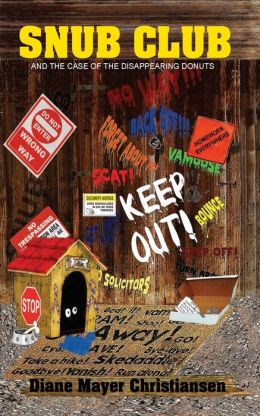 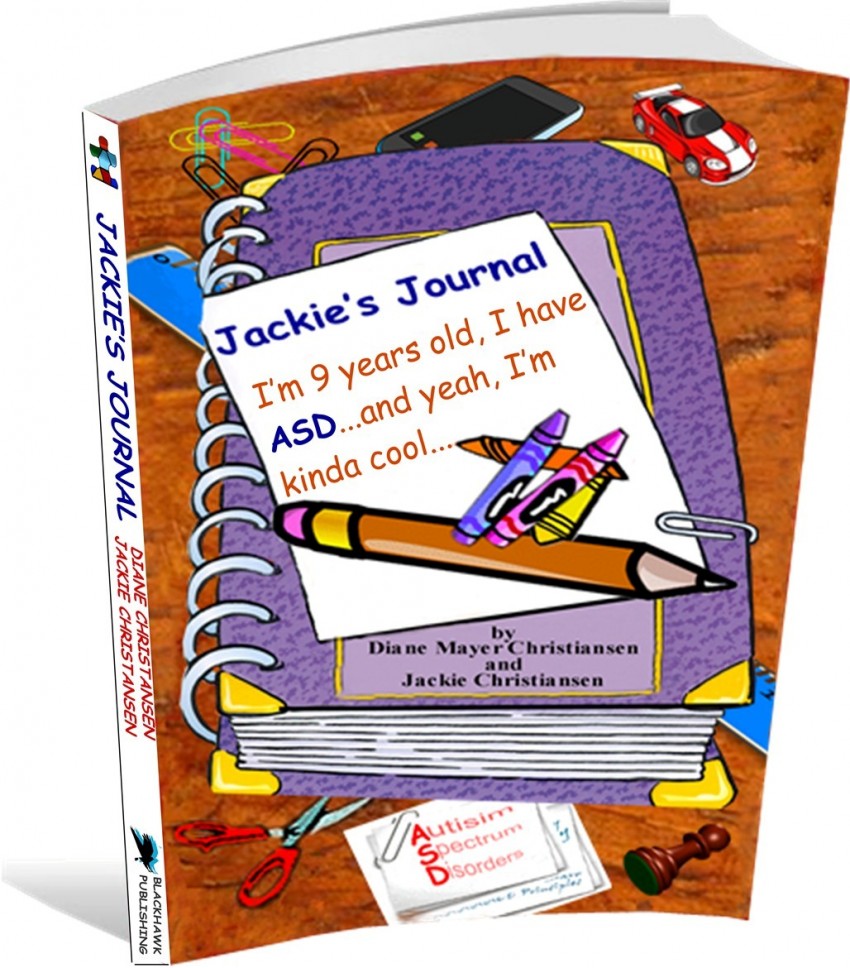 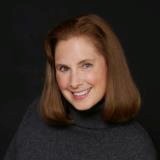 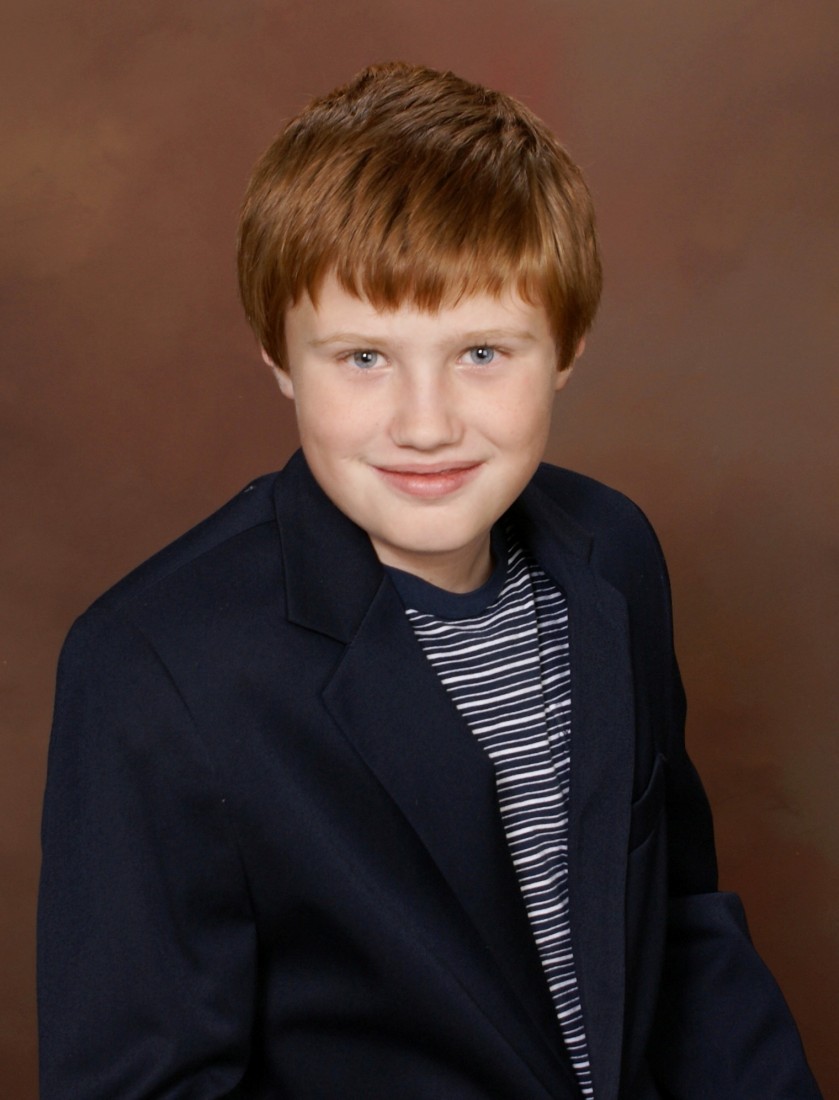 Authors Diane Mayer Christiansen shares her personal journey with dyslexia and her son's journey with autism. She talks about her experiences through personal stories that led her from hiding her dyslexia to accepting herself and becoming a writer. She also shares the parallels of her own journey and that of her son, Jackie.
"When my son was diagnosed with autism, it made me reflect on everything that I had gone through as a child with a disability. It was tough seeing him feel the sadness of not fitting in. All of my own memories came rushing back and I vowed to help him learn to accept who he is as a unique person. His journey has changed who I am and has made me a better person."

Be the first to review Diane Mayer Christiansen

Christiansen speaks both with her son Jackie and also alone. The presentation can range between 40 minutes to 90 minutes depending on the audience. They have had speaking events at schools, libraries, teachers conferences, book stores, and even senior living facilities. The presentation focuses on her personal journey with dyslexia through story telling. From early diagnosis of dyslexia to the struggles it entailed and the strength she gleaned from it, Christiansen hopes that others with learning differences will be inspired to reach for their dreams. She also talks about the parallels of her own disability to that of her son, Jackie, who was diagnosed with autism spectrum disorder at an early age. Jackie speaks about his own struggles and what he wants the world to know about ASD. The talk may include an outline of what ASD looks like and the things that have helped her navigate her son through his journey.

Christiansen's main mission in her talks is to help others understand how to embrace the celebrations of every day. Her story telling creates a vivid picture into the mind of both dyslexia and ASD and the devastating effects that it has in every day life.

Christiansen provides remote presentations via video streaming. The presentation involves a 45 minute talk as well as a 15 minute Q & A session. Her motivational talk appeals to students, teachers, therapists, librarians and anyone who struggles with learning differences.

Diane Mayer Christiansen is the author of the book Planet A: a mother's memoir of autism spectrum disorder, as well as four other books. She grew up struggling with the neurological difference dyslexia. She was unable to read effectively all through her school years. She developed a passion for science in High School which encouraged her to pursue a degree in Biology at University. Ms. Christiansen worked at both the University of Chicago and Northwestern in their Bio Chemistry Laboratories for ten years.

After the birth of her son, Jackie, she made the decision to become a full time mom and writer. Her young adult fantasy stories center around children with special needs.

Upon Jackie's diagnosis with autism, Christiansen switched gears focusing on learning all that she could about this neurological difference, much different from her own. yet with similar life consequences.

"I was a mom but was forced into the roll of therapist, activist, and teacher. It quickly became clear that the majority of people that I came into contact with really didn't understand what autism looks like, both from the outside and from the inside of our lives."

She quickly began a mission to educate people with personal stories and to teach children to celebrate the special individuals that they are. She shares her journey with dyslexia and talks about how this impacted her live negatively into adulthood. The incredible path from illiteracy to becoming a writer was a long and twisting road, but she never gave up. Today she celebrates her difference and correlates it with her son's.

Christiansen's talks help to empower others with learning differences as she shares her journey from her own diagnosis, and the inability of the school system to recognize dyslexia as a viable disorder, to empowering herself to follow her dreams.

With the introduction of Julia, the autistic Sesame Street Muppet, the pathway has been opened to speak freely about autism. High functioning autism is one of the biggest misunderstood neurological differences in the US. Through education that begins at the elementary school level, we can create awareness and understanding that will greatly impact ASD children in a positive way.

At the same time, dyslexia has similar parallels to ASD. It is the consequence of feeling different and alienated that draws the two together.