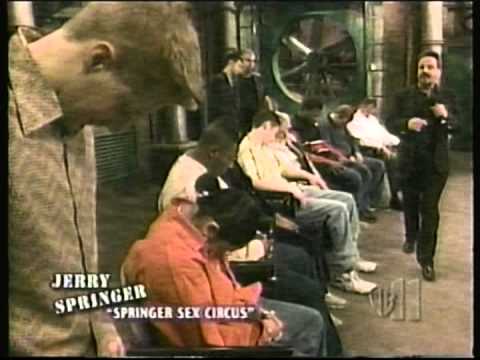 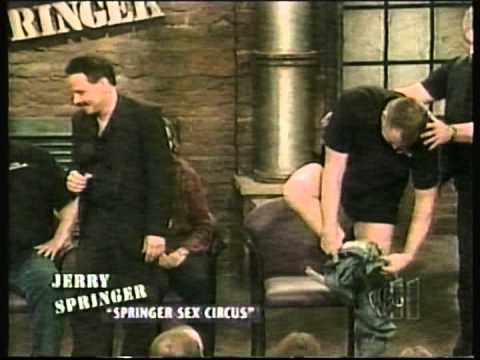 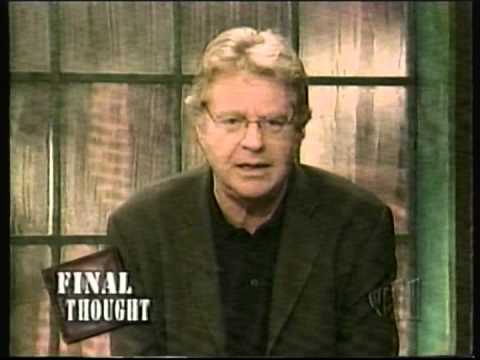 Jerry's Final Thought About Denny More's Appearance On The Show 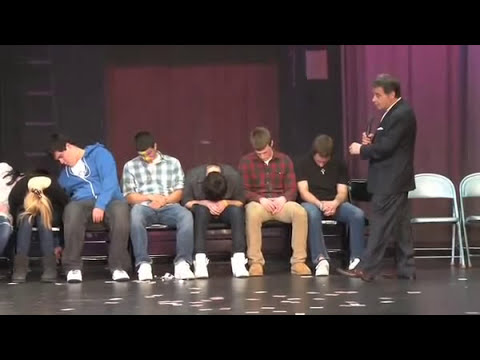 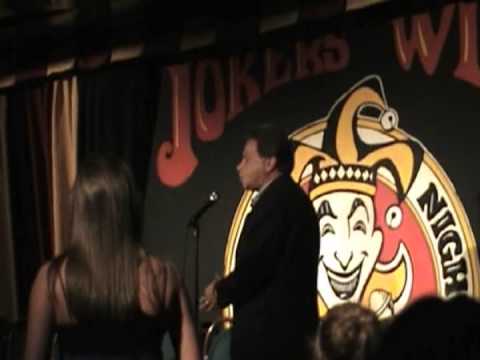 Denny More at The Joker's Wild Comedy Club in the Bahamas 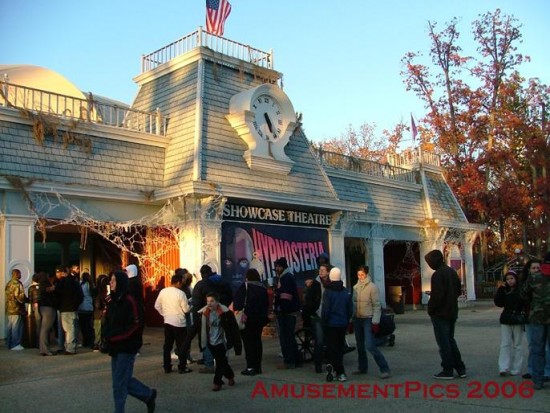 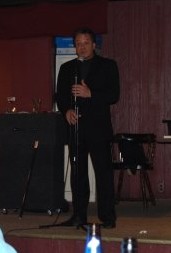 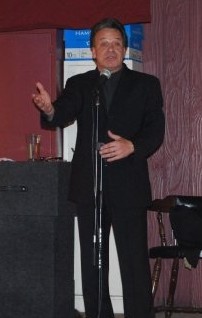 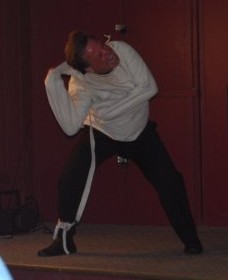 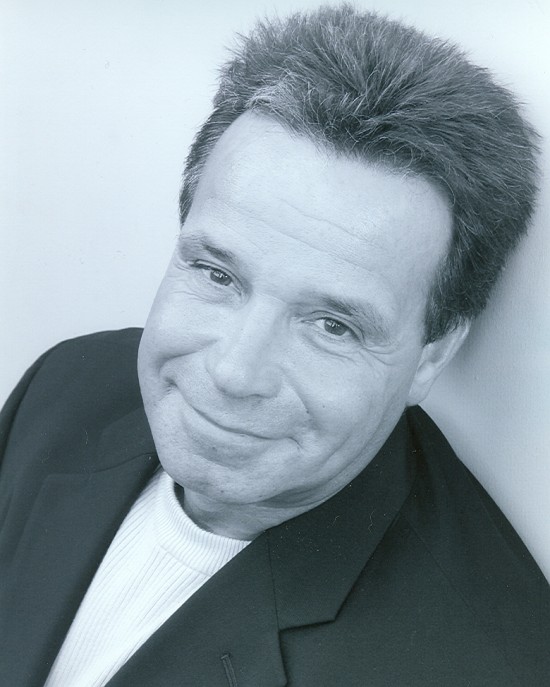 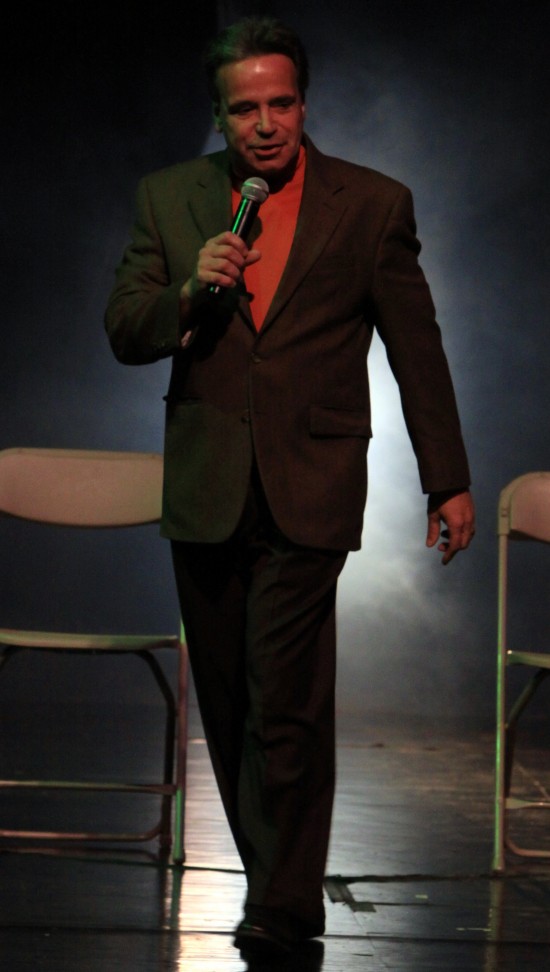 Walking out and kicking off HYPNOSTERIA 2010 at Six Flags Great Adventure in Jackson, New Jersey (now in it's eleventh straight year) 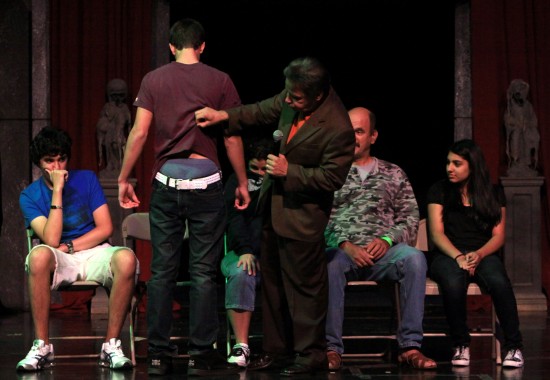 As you can see, this poor guy's pants are on backswards. Unfortunately for him, of the 1,200 people in the room, he's the only one who DOESN'T realize it. 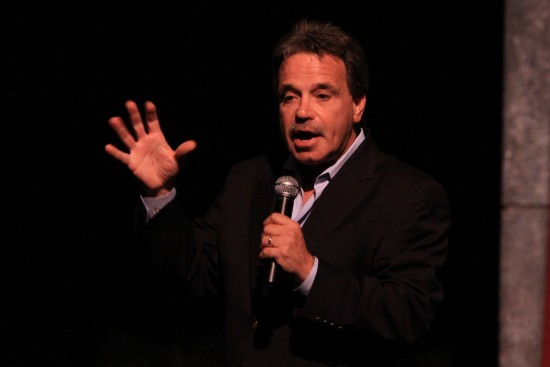 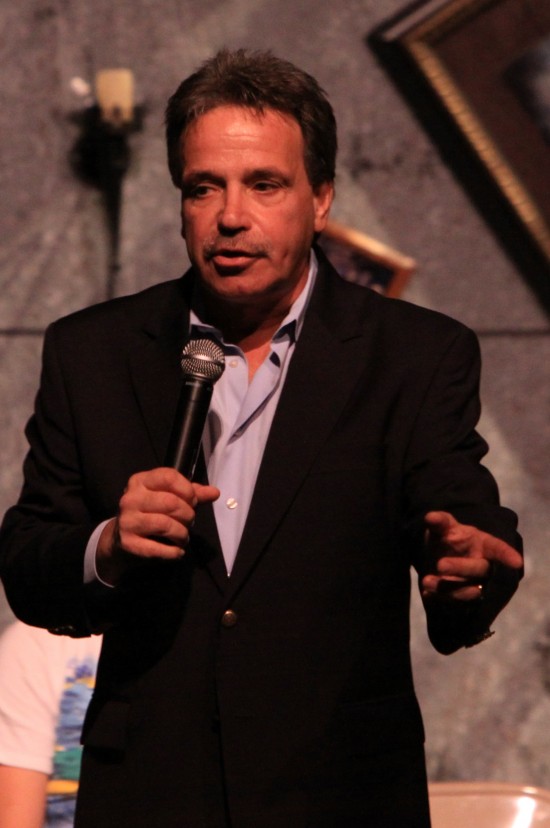 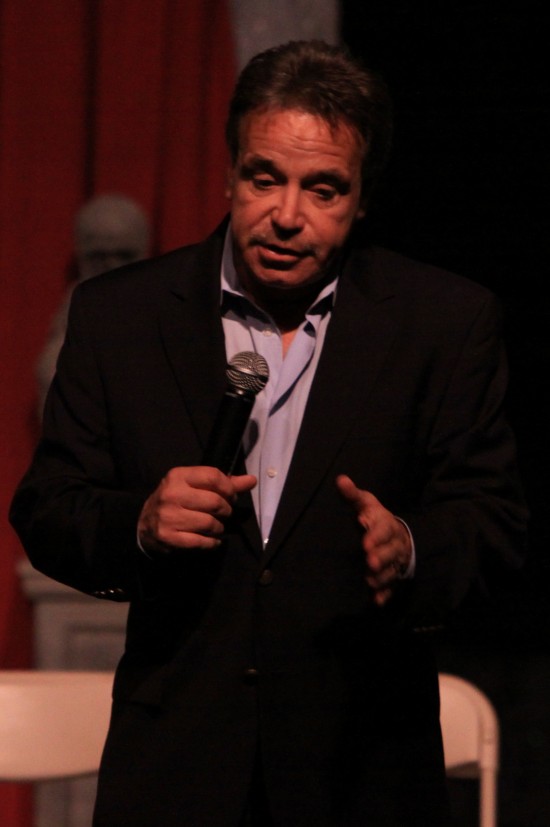 Comedy, Comedy-Magic, Comedy Stage Hypnosis and a lot of Audience Participation. These are the ingredients of Denny More's 2 available shows; Mind Games & Hypnosteria. This is the perfect entertainment for corporate events, comedy clubs, colleges, casinos, high schools and theme parks.

Great mentalism and lots of fun!

Denny is an absolute professional! He was sharp and funny from start to finish. His mentalism truly was mesmerizing. Everyone at our event was amazed.

Denny was extremely easy to work with. I highly recommend him!

Denny More has been wowing audiences for 40 years with his 2 hilarious, audience-participation shows.
Mind Games is a combination of Comedy, Comedy-Magic & E.S.P. (Mind Reading). The show is hysterically funny And amazing. One moment, the audience will be roaring with laughter, the next moment, their jaws will drop in amazement. It's a fun show because audience members actually become a part of it. It can be performed in front of any audience, regardless of size, under almost any circumstances and can be performed "G" rated or "R" rated.

Denny's Comedy Stage Hypnosis show is called Hypnosteria and will have the audience falling of the floor with laughter. Not all stage hypnotists are alike. With 40 years of experience, Denny has learned that it's not enough be be just a hypnotist. In order to put on a great show, you also have to be a great Entertainer. This show is best suited for audiences Over 100 people, and again, can be performed "G" rated or "R" rated.

Over the years, Denny More has performed at comedy clubs, casinos, corporate events, high schools, colleges, cruise ships and theme parks. He has been a regular at The Riviera Hotel & Casino in Las Vegas, the famous Caroline's Comedy Club on Broadway, TV's Spring Break with Jerry Springer and his Hypnosteria show has been running at the 1,200-seat Showcase Theater at Six Flags Great Adventure in Jackson, New Jersey for an unbelievable Ten Years!
In addition, he currently hosts a morning radio show in VA.