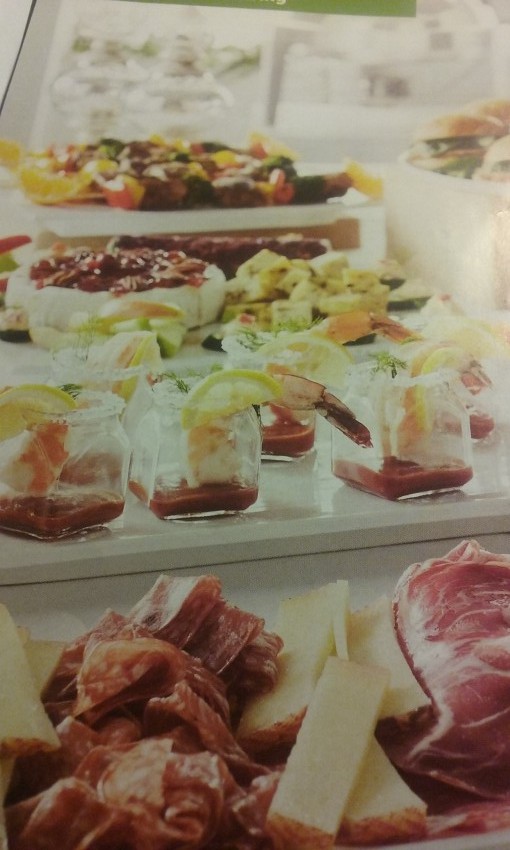 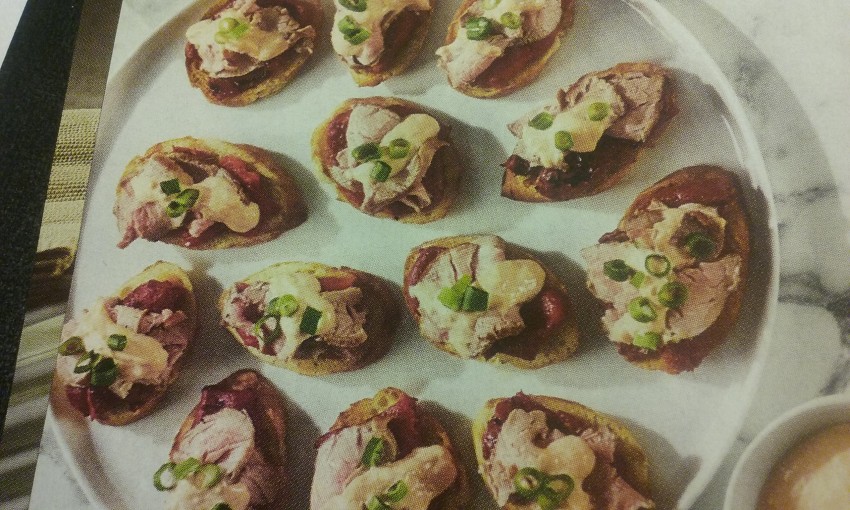 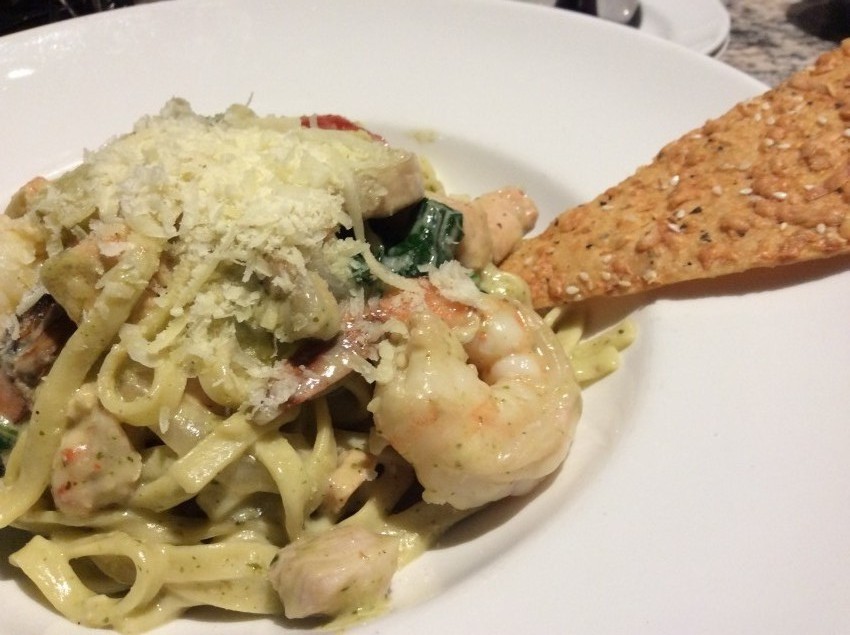 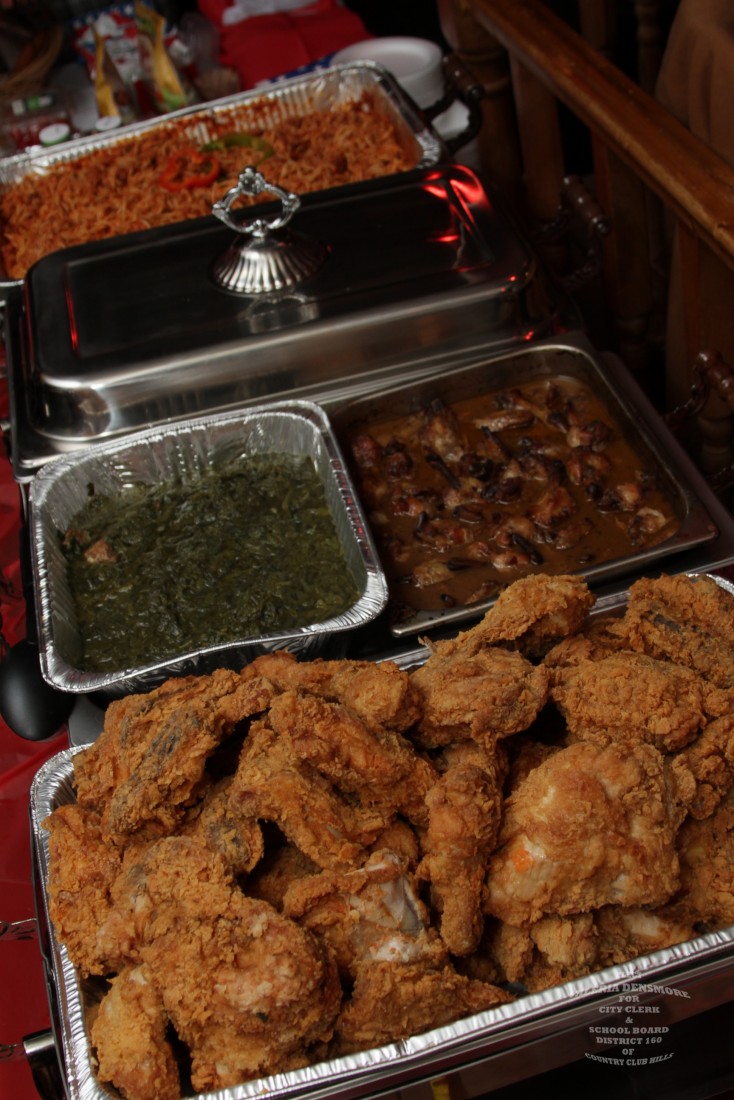 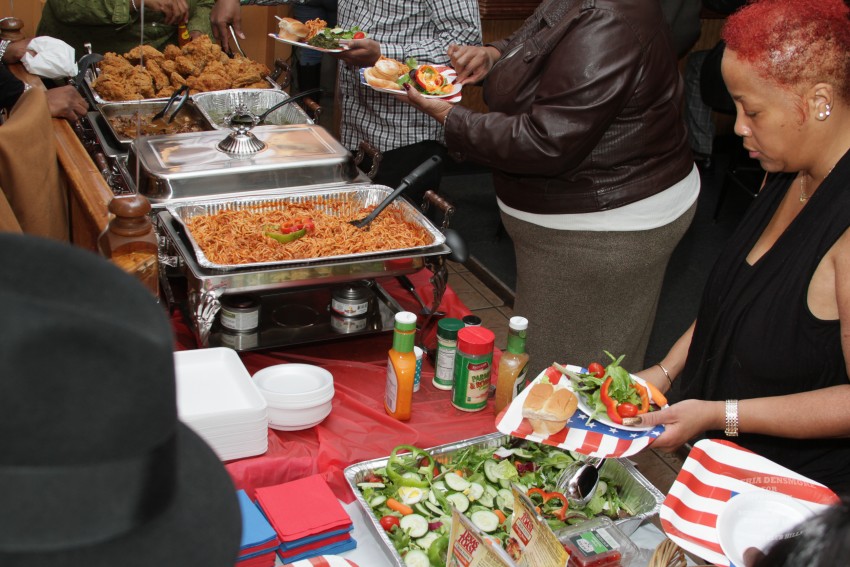 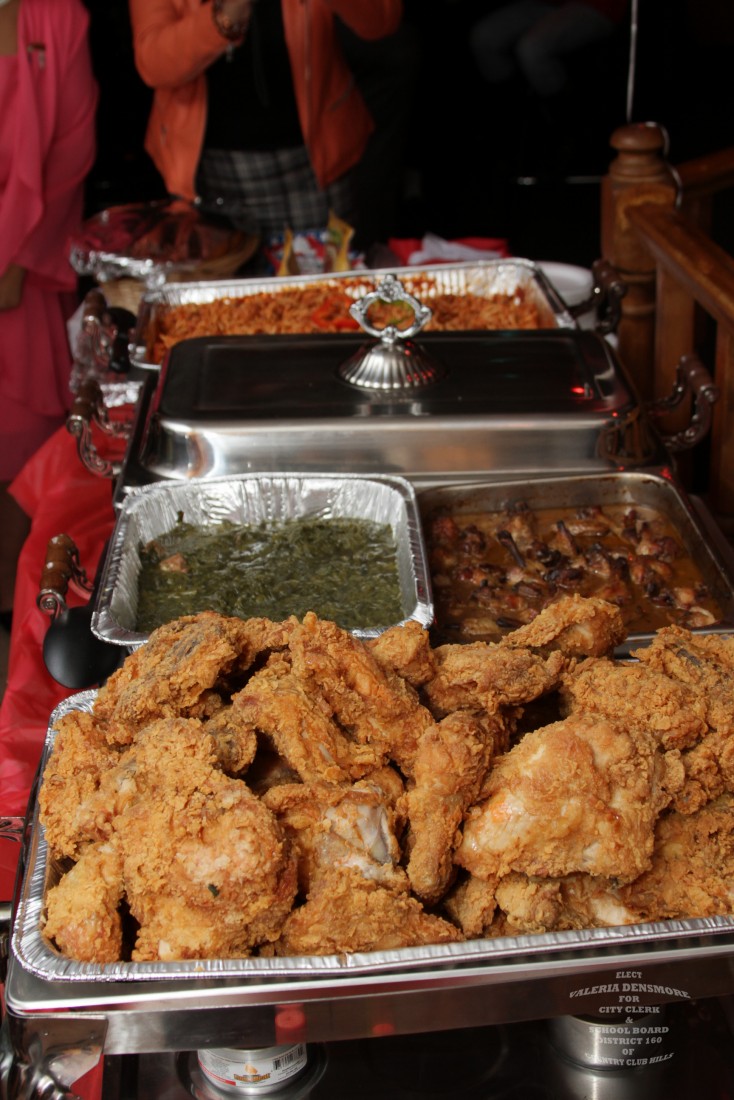 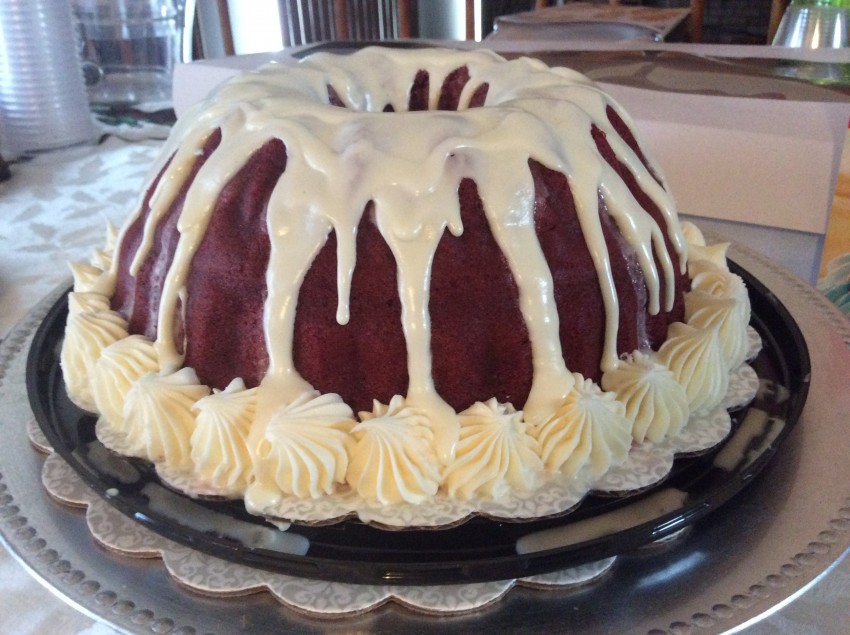 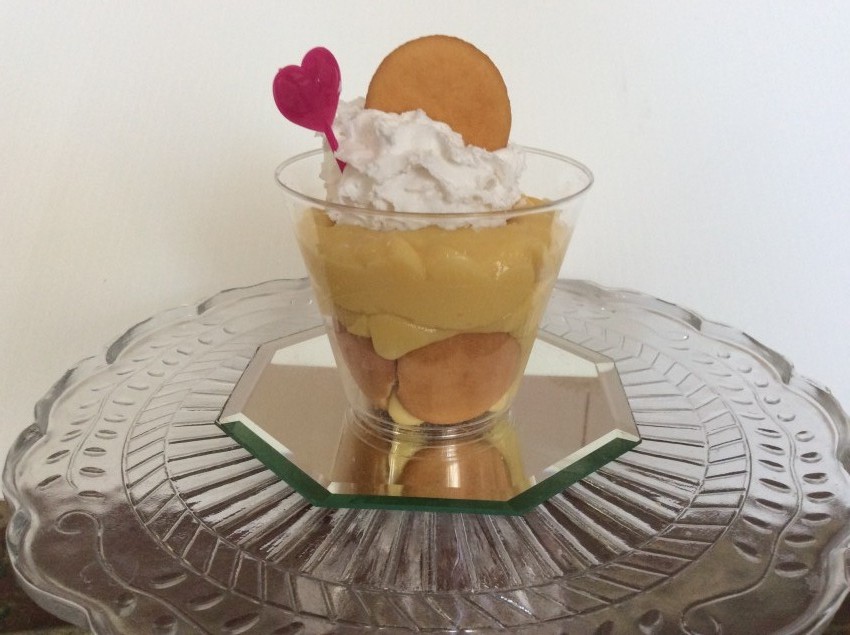 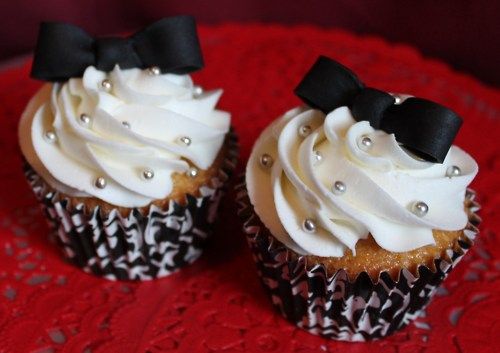 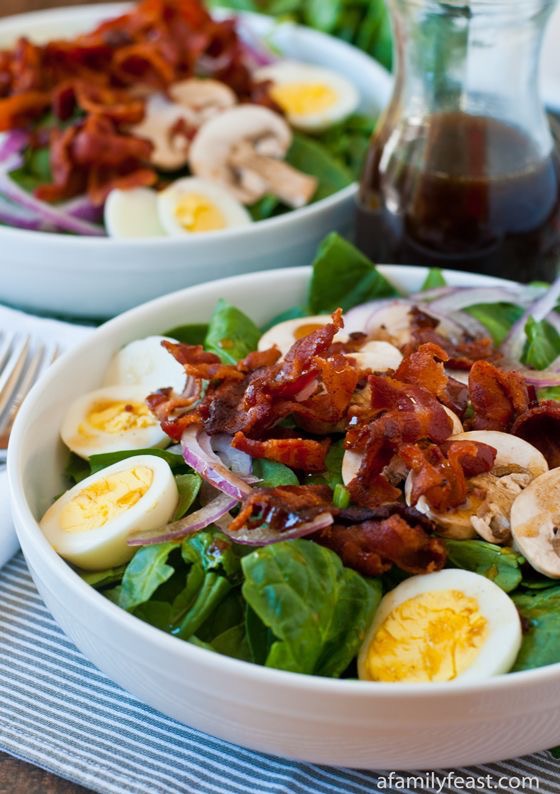 Deluxe Event Planning is a full service catering organization that provides 1st class service to each client from the planning stages of any event to the grand finale.

Fingers crossed Deluxe is available for our next event

When your guests are wooing over your caterers and asking how they can hire them for their next event, I think that speaks volumes. Chef Val and June could not have been more accommodating and professional. More importantly, the food was spot on. We had guests ranging in age from 3 months to 75 years old. The menu we settled on hit on all cylinders for everyone. We have our go-to with Deluxe for all our future events. Thanks again!

Thank you Mr/Mrs Jones,
You all were great and the guests were phenomenal. My joy always comes from satisifed clients like you.
My staff and I always plan to provide first class cuisines and service.
We will always be available for your Deluxe Events.
Respectfully,
Chef Val Densmore, M.S.
Principal Owner
Deluxe Event Planning/Catering

Have you ever had a lasagna cupcake? Well, my guests did at my function, thanks to Chef Val. Who would have thought a delicious entry could be served as a delectable hor d'oeuvre? The lasagna cupcakes were all the talk among my guests; the verdict was - the lasagna cupcakes were delicious and creative. That is the type of extraordinary service Chef Val provided for my function. Chef Val took the time to develop a customized menu with signature selections to compliment the theme for my function. She and her staff were punctual, courteous, and friendly. The food was delicious. Deluxe event planning comes highly recommended. Chef Val, I can not thank you enough!

Thank you very much!
It was a superb event and my pleasure to provide Deluxe catering services for you and
your Mom's special celebration.
Warmest Regards,
Chef Val

Sorry for the late review. My event was four days ago and chef about was absolutely great. Everyone enjoyed the omelette station. She was very professional. I would definitely recommend her for another event.

Thank you again. We were very HONORED to serve at your special event.
Warmest Regards,.
Chef Val

i booked chef val for my daughters first birthday party 2 weeks ago. the venue was just an outdoor area of a community center . we rented a tent, nothing fancy so figured we would have some nice bbq food. we did a tasting at my house( she was nice enough to come). we sampled the burgers , hot dogs and some chicken and sides. it was a great deal, at about $10 a person for a burger, hot dog, chicken and 6 sides. we though the food was great.
the day of the event she arrived as planned with her 2 assistants (nieces). they were all very cordial. she began setting up and cooking some of the food there. People were helping themselves to the food but then i started to hear comments. Me or my husband had not eaten since we were busy entertaining. we realized why the complaints. the burgers seemed very thin and not even beef. later she confirmed they were beef but half of the burgers were a different brand than we sampled. she said they were lower in fat. i replied that the fat content didn't matter, we had agreed on a particular type of burger. the other patty seemed very thin and did not have a very good taste. the sides were just there. the chicken that we sampled were actual chicken pieces but we received just bony chicken wings. we would have paid extra for real chicken. mind you, i know this was just a kid bday party, i am so not hard to please and know that we werent expecting fancy cuts of beef. but i just kept hearing complaints during party and for days after. everything else was so beautiful. i feel so sad that it did not turn out the way i wanted. i would have liked an explanation of why the switch in food but she never replied. i ended the discussion with saying she has a great business manner and personality but the food needs to match her demeanor.

I am saddened that Mr/Mrs Martinez were not completely satisfied with the food choices for your event on 7/22/17. The catering event instructions were to prepare (2) vegetarian burgers for your guests which we complied with and all other meat selections (burgers/hotdogs) were absolutely 100% beef. Since the revision to the initial order required 100 plus of each item, as opposed to 50 of each item, half were pub burgers (thicker) and half were (thinner-less fat), but still all beef, no substitutions. The side salad choices were the exact ones as presented at the tasting in your home and the chicken items were (party wings) with the bone in/not chicken pieces...(the same meat as served at the tasting). Unfortunately, we cannot redo the special event (your baby's 1st birthday), but we have always complied with our clients requests for food selections.
I respectfully apologize for the disappointment you felt, however, I would have preferred you address the concerns on the day of the event so that I could have attended to your concerns then as opposed to being led to believe you were satisfied with our services. Deluxe Event Planning values your business and we thank you for your feedback which allows us to service you and other clients better. We are very serious when it comes to our client's satisfaction and I hope this written explanation addresses your concerns and helps to clear any tarnished image you have about our food products, services or customer service.

Chef Val's and her staff's dedication to making my daughter's sweet 16 a success was superior. She has now gained a "forever client." Thank you Val!

Thank you so much.
Warmest regards,
Chef Val

Thank you. It was my pleaure yo provide our catering services to you. Please keep Deluxe Event Planning in mind for your future requets.

The event I had with DEP was very competitively priced, well organized, and fun. The food was prepared to exact specifications. When planning my next event they will be my go to vendor.

Thank you Mr. Burton for choosing Deluxe Event Planning (DEP) to facilitate your special event. We look forward to working with you again in the future.
Warmest Regards,

Deluxe Event Planning focuses on providing the ultimate special event experience from initial proposal start to finish. We understand the objective of hosting events to entertain clients, celebrate a milestone birthday, anniversary, or the hard work of employees.

Our dedicated service and professionalism will make your special event stand out from among the rest.

Chef Val Densmore launched "Deluxe Event Planning" in April 2012 at the urging of family and friends who adored her passion for culinary creativity. " I believe the client should be a guest at your own affair." Deluxe Event Planning takes the necessary steps to ensure a successful and enjoyable event for you and your attendees from start to finish.

My goals are always designed with the client in mind. Milestone moments should be acknowledged and celebrated.....in Deluxe style. Special events are always successful with delicious food, therefore, we partner with you to come up with a specialized menu that is as unique as your event.