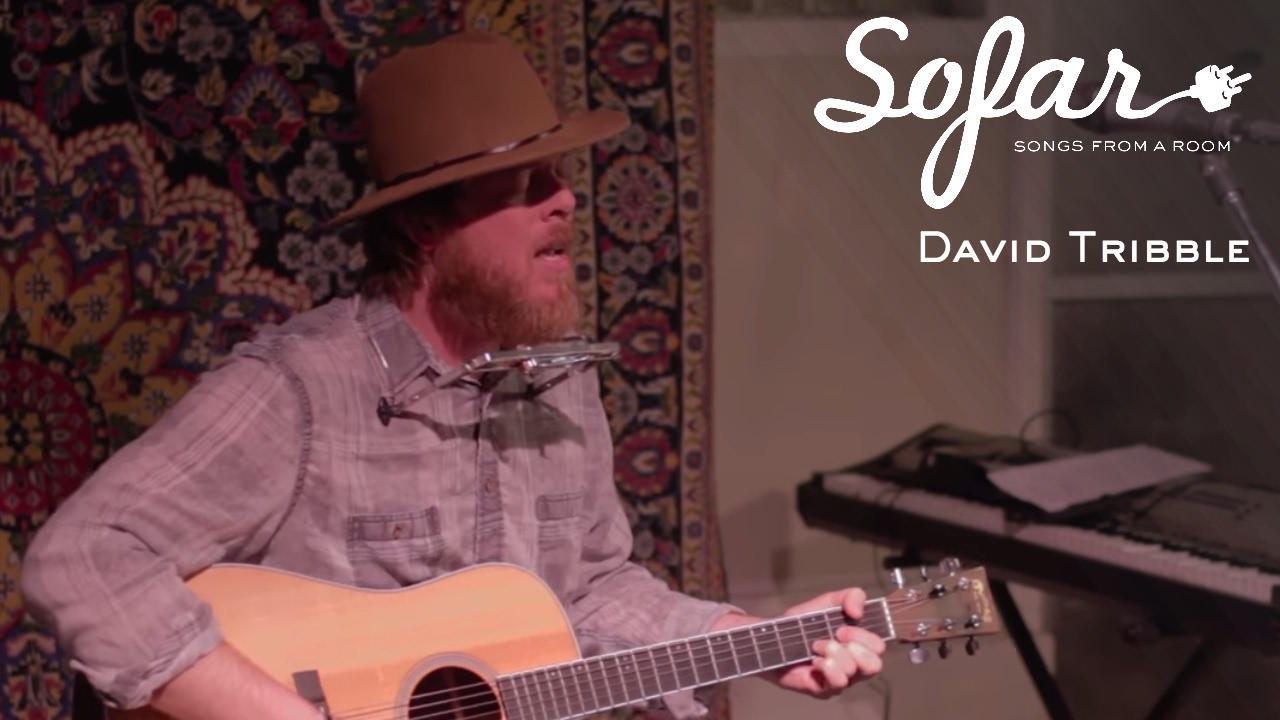 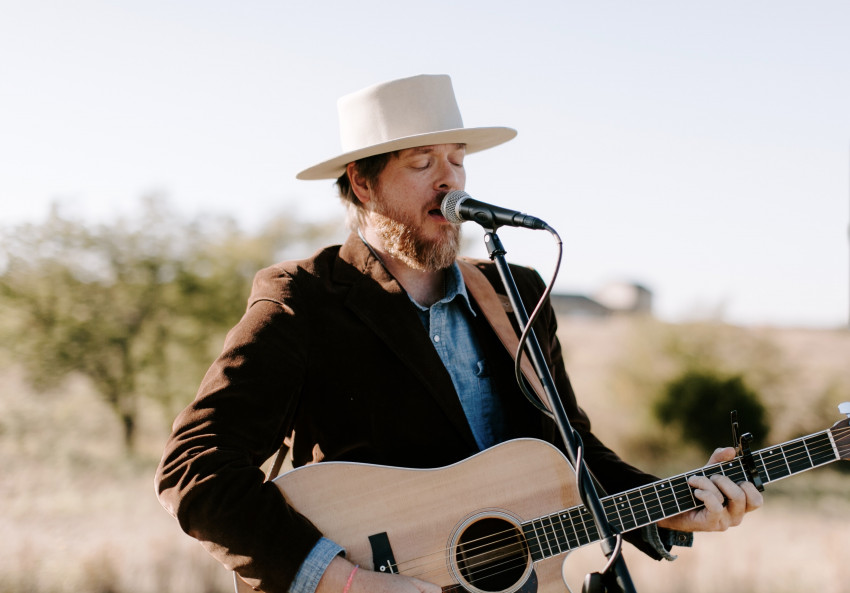 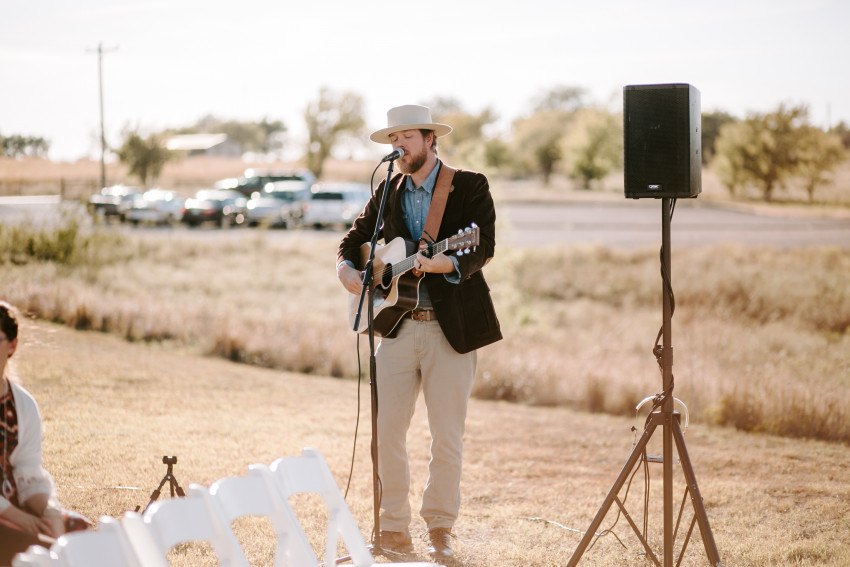 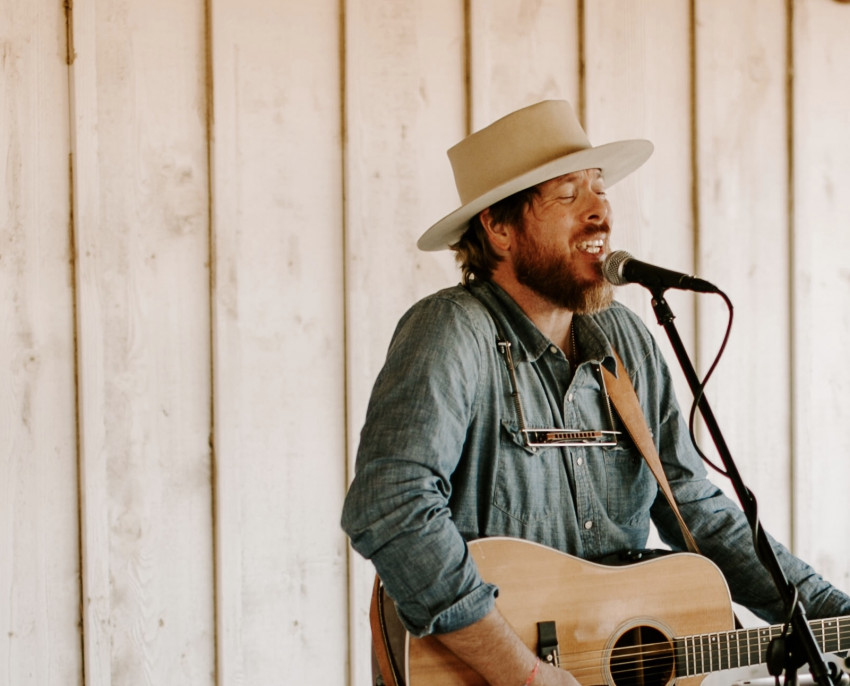 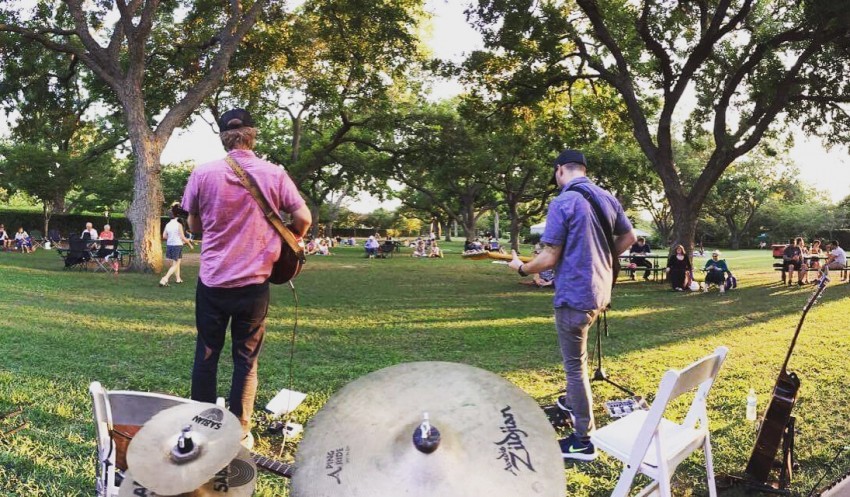 David is a soulful singer/songwriter, experienced in his craft and always respectful and kind. He likes to mix in a few of his own songs along with a range of accommodating cover songs to fit the mood and experience. David is available for house shows, music venues, weddings, special events and festivals. He is also a talented and passionate worship leader for youth and adult services and events.

We hired David for a broker luncheon at a new industrial development in Arlington. He did such a great job of working with what we had and creating the perfect vibe for our event. I was very impressed with his talent, would highly reccomend!

We hired David to play and sing at a memorial celebration for a family member. He showed up early, set up some equipment, and then sounded amazing the entire time! This guy is good! I'm a musician myself and actually, David Tribble is really great! Hire him

We hired David to play acoustic music and sing at our daughter's wedding ceremony and cocktail hour at the Joule hotel in Dallas in September. He was absolutely amazing. He has a beautiful voice and is an extremely talented guitarist. He played beautiful renditions of the songs my daughter asked for at the ceremony and his own original music was beautiful as well. David was very easy and professional to work with. We're excited that we were able to capture a piece of his performance on the wedding ceremony video.

I had David and his band play at our company picnic and they were AMAZING! You would be doing yourself a huge favor by going with David. Aside from great music these guys were really nice. I would definitely book David again without question!!!

Hey John, just seeing this but really appreciate the great review! We had a real good time with you guys as well. Yes, please keep us in mind for future events and let your friends/colleagues know bout us if they need music. Take care my friend. Many blessings!

A must if you want unforgettable!

My wife and I had David and his band perform at our Ranch house wedding. The best decision we ever made as a beginning couple. If you want romantic soothing heartfelt and emotional music played for your guest, then look no further. Dont waste your time searching. David and his friends are the best! Dont be fooled though. His band can definately get the crowd rockin!! but it was the romance and setting that they so effortlessly adjusted to. Amazing band, amazing voice..so soulful and honest! I can only hope that I will have another family gathering that these talented gentlemen can entertain us soon again. And for you ladies...listen to his song "Bittersweet". It was the reason we hired them. We even wanted it to be our dance song. Its that souful. I leave you people with simply....if you want tears at your wedding due to the love and beauty these guys add to a eventful atmosphere, then dont hesitate to hire these proffesionals. They are the what you want and deserve. Simply amazing!! Thank you David and your amazing and talented friends. We are so happy we found you guys!! We love you guys!!!

We booked David for our wedding. He was very accommodating and easy to work with, and he quickly learned the songs that we wanted. In addition, he went above and beyond the call of duty by helping move our outside wedding decorations inside when it started pouring rain suddenly! My entire family was very impressed with his beautiful, honest music, and we will be using him from here on out exclusively for all family events requiring music.

I had the pleasure of listening to David Tribble play at a car dealership in Hurst. My family (and everyone else around us) all enjoyed the music. I would love to see him/them perform again.

Original soulful music with some select cover songs as well. Full equipment provided and set up before the event. Usually solo performances, band is also an option. Songs and lyrics will be clean and appropriate accompanied by kindness, responsibility and respect to everyone and everything.

Soulful Singer/songwriter from Texas. David started off playing music in the church and over the years has developed an original and authentic sound that gives a sense of belonging and purpose to the listener.
He plays a wide variety of venues from coffee shops to popular festivals to music halls to house concerts. David hopes audiences will make a connection to his strong melodies and lyrics, making an impact in their lives on some level.
A family man, David always has the endless support of his biggest fans, his wife and their two daughters, calling Fort Worth Tx. home.

I can provide a full sound system: stands, mics, and mixer, all powered by 2 QSC 8" speakers.

This a list of most of the cover songs I can play-subject to change depending on the event. Feel free to discuss that with me, requesting specific songs or suggesting others.
Cover songs: Main
You are the best thing -Ray Lamontagne
Shower the People- James Taylor
Learning to Fly- Tom Petty
Into the Mystic- Van Morrison
She’s Like Texas - Josh Abbot Band
Sideways -Citizen Cope
Daughters -John Mayer
Beyond - Leon Bridges
Let it be me- Ray Lamontagne
Such a Simple Thing- Ray Lamontagne
Cover Me Up- Jason Isbell
Wonderful Tonight- Eric Clapton
Free Fallin’- Tom Petty
Millionaire - Chris Stapleton
Broken Halos- Chris Stapleton
More of You- Chris Stapleton
I won't give up-Jason Mraz
When You say nothing at all- Randy Travis
Lost in my mind- Head and the Heart
I Need Some Honey- Nathaniel Ratliff
Stars go Blue - Ryan Adams

I can provide the following if needed