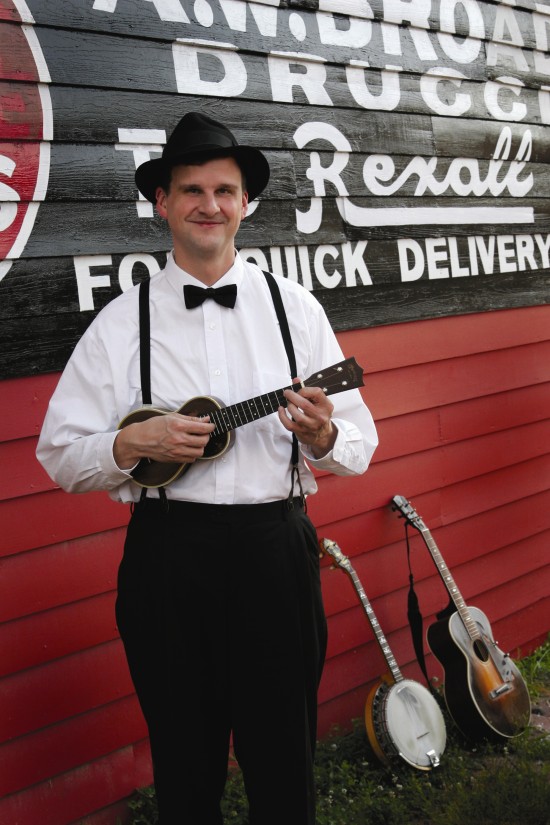 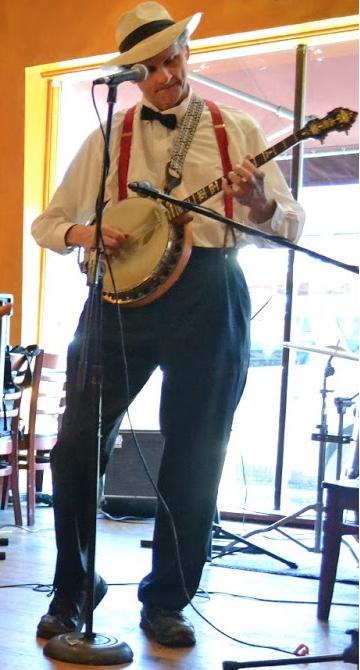 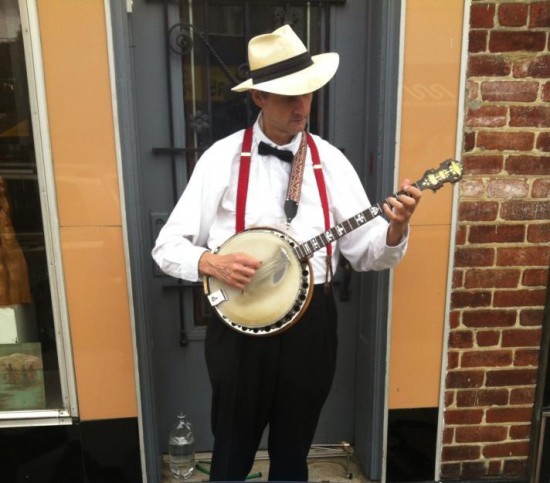 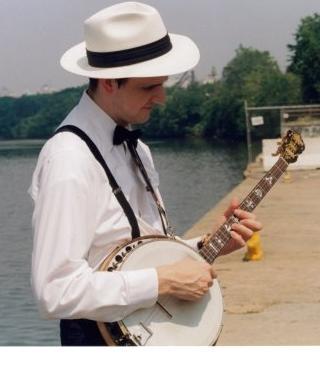 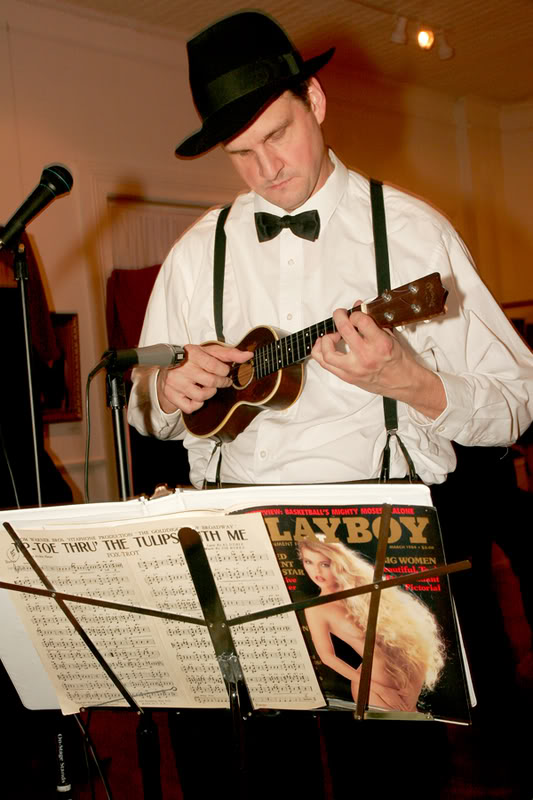 I'm a musical entertainer who sings and plays ukulele, guitar, and tenor banjo (and occasionally kazoo and train whistle) featuring ragtime, vaudeville, early jazz, show tunes, ballads, blues, hillbilly, etc., in a show that has been referred to as "a lyric giggle-o-rama of '20s and '30s boop-boop-a-doopery".

Danny is a Richmond treasure, He is a wormhole to a past era of American music reminiscent of vaudeville and tin pan alley. His stage persona is straight out of the early 1900's as he moves freely between banjo, ukulele, and guitar to transport his listeners to a golden age of music.

Price Range: $100 and up, depending on distance and event.

I sing and accompany myself on ukulele, banjo, and guitar. My show is a self-contained reminiscence of the Golden Age of American popular musical entertainment, including the ragtime years, the jazz age, the swing era, and even my own unique interpretation of early rock 'n' roll and classic country. I can perform completely acoustic in a small room where the audience is there specifically to see and hear the performance. I can also perform completely acoustic in smaller or more intimate outdoor settings. In larger rooms and noisier venues, I sing and play acoustic instruments with microphones and an amplifier.

Every show is very high-energy & sure to entertain!!

I’ve been singing and playing music in the Americana genre for several decades, back before Americana was cool. My life as a vocalist, instrumentalist, music historian, record collector, and DJ has given me a something of a musical diversity training encompassing many facets of American music, including vaudeville, swing, classical, traditional country, klezmer, and more.

I can perform for any length of time from five minutes to three hours. Having played everywhere from street performances to restaurants to 1,500 seat auditoriums, I can perform a family-friendly vaudeville-style cabaret show with comedy and audience interaction or I can provide musical ambiance. I have an evening’s worth of musical entertainment suitable for private parties, cafes, cabarets, restaurants, bars, fairs, outdoor festivals, etc. While the majority of my material is suitable for all audiences and age groups, I can perform a few delicately spicy songs in the Sophie Tucker tradition for appropriate audiences and occasions.

My musical adventures have included performances with Vince Giordano And The Nighthawks (Grammy award-winner for HBO's "Boardwalk Empire" soundtrack), The Delta Queen Steamboat Company of New Orleans, Les Paul (some guy who was apparently named after a famous Gibson guitar), Chuck Barris Productions in Hollywood (no, it wasn’t “The Gong Show”), as well as performing at the 75th Anniversary of Grand Central Station and the Statue Of Liberty Centennial Celebration.

If amplification is required and your venue has a house audio system with two microphones and stands that I may use, so much the better. Otherwise, I'll require grounded outlets and firm ground for my amp and microphones.

Bye Bye Blues
I'm Looking Over A Four Leaf Clover
We're In the Money
Let’s Misbehave
I’m Sitting On Top Of The World
The World Is Waiting For The Sunrise
The Bells Of St. Mary’s
Shake That Thing
Deep Elam Blues
12th Street Rag
Baby Face
Paper Moon
The 3rd Man Theme
CaliforniaHere I Come
Makin' Whoopee
Maple Leaf Rag
Limehouse Blues
Singing In The Rain
I Can’t Give You Anything But Love
Pickin The Guitar
I'm Looking At The World Through Rose Colored Glasses
I’ll Get By
Bi Meir Bist Du Schoen
Don’t’ Get Around Much Anymore
Ain’t Misbehavin’
Malaguena
Blues My Naughty Sweetie Gives To Me
Georgia On My Mind
Singing The Blues
I Ain't Gonna Give Nobody None Of My Jelly Roll
Zei Gezunt
TB Blues
White Lightnin'
Split Personality