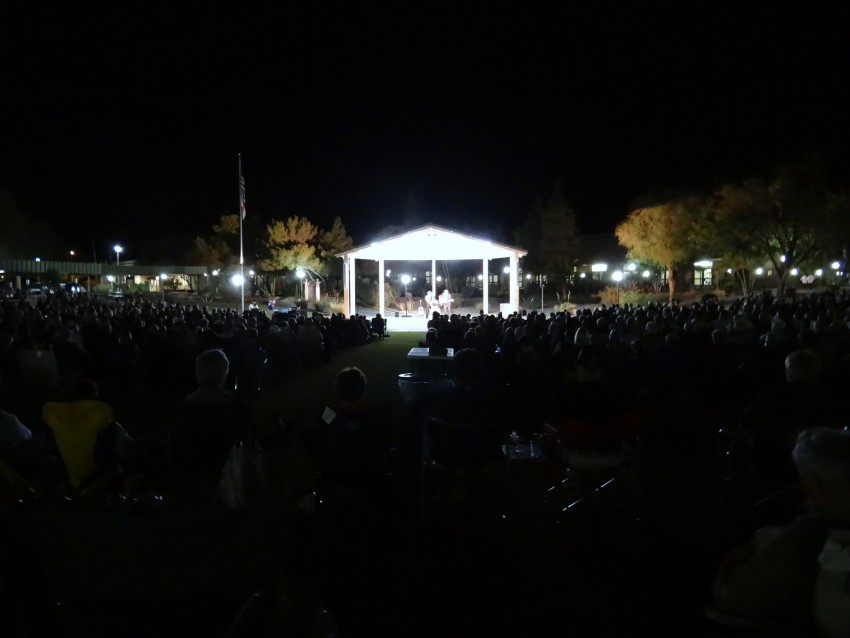 The time has come to board the train that will carry you on the rolling rails of narrative, recitations and songs of Johnny Cash . Open yourself to JR’s spirit as the magical journey unfolds. From Sun Record days of “Hey Porter” and “There You Go” to Columbia Record days of “I Guess Things Happen That Way”, “5 Feet High & Risin” and “Ring of Fire”. You will be captivated by the story of The Man in Black and his musical career.
Our Johnny Cash Tribute Show Tour has taken us from the Arizona valley to the mountains of Montana and to the rolling plains of
Minnesota and Iowa. Hope to see you in our travels!

First time seeing Steve and Kenny, heard about for some time. Delivered the big hits, Cash standards and a two obscure ones (which I liked since I haven't heard since the 8-Track broke). Note to faithful: All songs are prior to the American Recordings, and are from the Sun/Columbia days (not a problem if a fan). For a two piece w/drum machine, they have a full sound. Really enjoyed Kenny's "slap bass", fit in well for a JC sound and Steve filled in admirably with acoustics Big River was a shiner for an arrangement. Not a vocal imitator, didn't expect that and would be disrespectful unless spot on like Johnny Counterfeit. In short, nice guys and enjoyed the show.

Steve Christiansen -   After fronting his own country/rockabilly band for over 30 years in Minnesota, Steve has decided to bring his country roots to Arizona.  With his guitar and a genuine soulful delivery, Steve has a magnetic way of engaging his audience.  Since coming to the Valley, Steve has been performing a Johnny Cash Tribute Show.  Steve was invited and performed as the featured artist at the Prescott Opry and the Arizona Broadway Theater.  Steve currently resides in Surprise, AZ with his wife Georgiann.

Ken Killebrew -  Ken is a native Arizonan, born in Jerome, and grew up in Phoenix.  Ken has played in bands in the Phoenix and Prescott area for 15 years.  He plays upright bass, guitar and mandolin.  His roots are in country music and the last three years he has added bluegrass music to his list of passions.  Pickin while watching people smile and tap their feet is where he gets his drive to continue growing with his music.  Ken currently resides in Sun City, AZ with his wife Deanna.