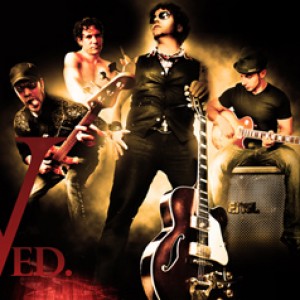 Creedence Revived is the world's ultimate CCR Tribute band. Playing for crowds upwards of 30, 000 people, they know how to rock the house. They have a unique style which keeps the CCR authenticity, while at the same time, adding just a touch of Revived Flare that makes it their own.

Best tribute band we have ever seen. Period. These guys are pros--actually mimic the originals but add their own style, too. A concert not to be missed. You'll walk out grinning, singing and dancing. Yikes!

The members of Creedence Revived, with the exception of Bill Bakopoulos, all originated from another CCR tribute band called Creedence Again. There, they grew together and played for crowds upwards of 30,000 people. However, after a few years, decided to go seperate ways and create their own creedence tribute band, Creedence Revived. With the addition of the electrifying guitarist, Bill Bakopoulos, they’ve been able to take a tribute to CCR to new heights by giving it a new flare that makes it their own style while keeping the CCR authenticity and add the element of youth as well that traditionally gets lost in the tribute band scene.