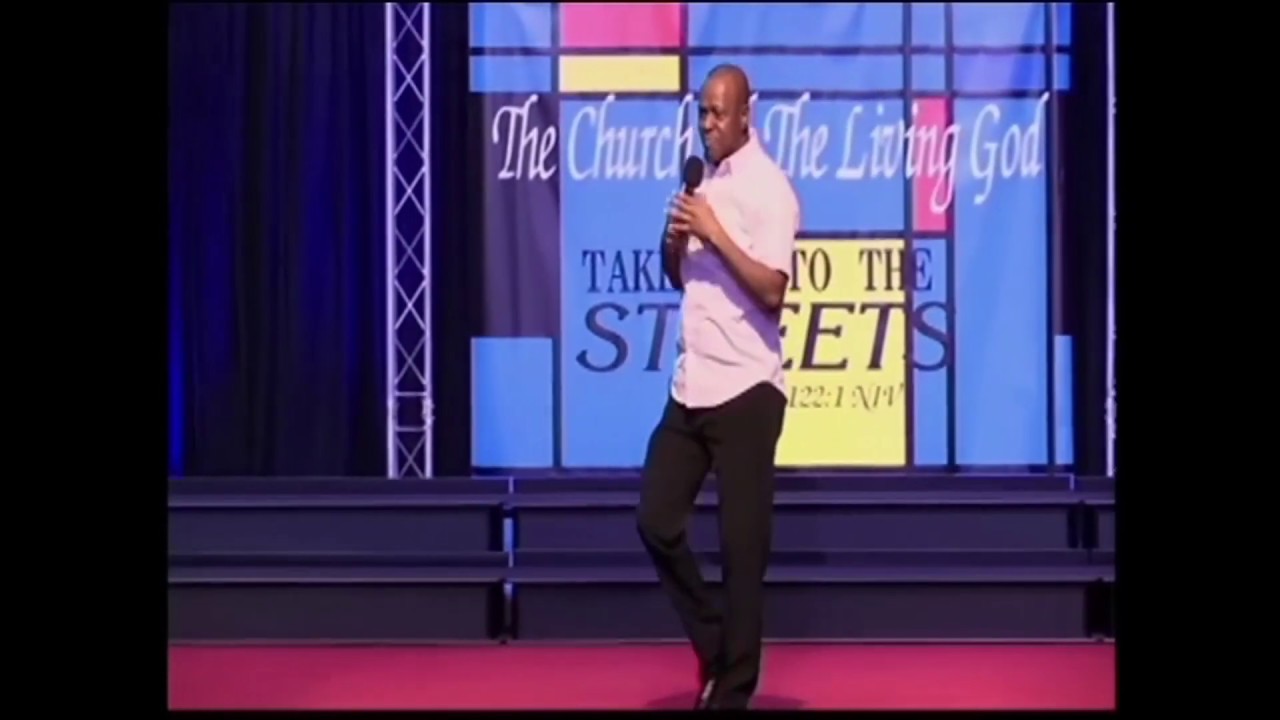 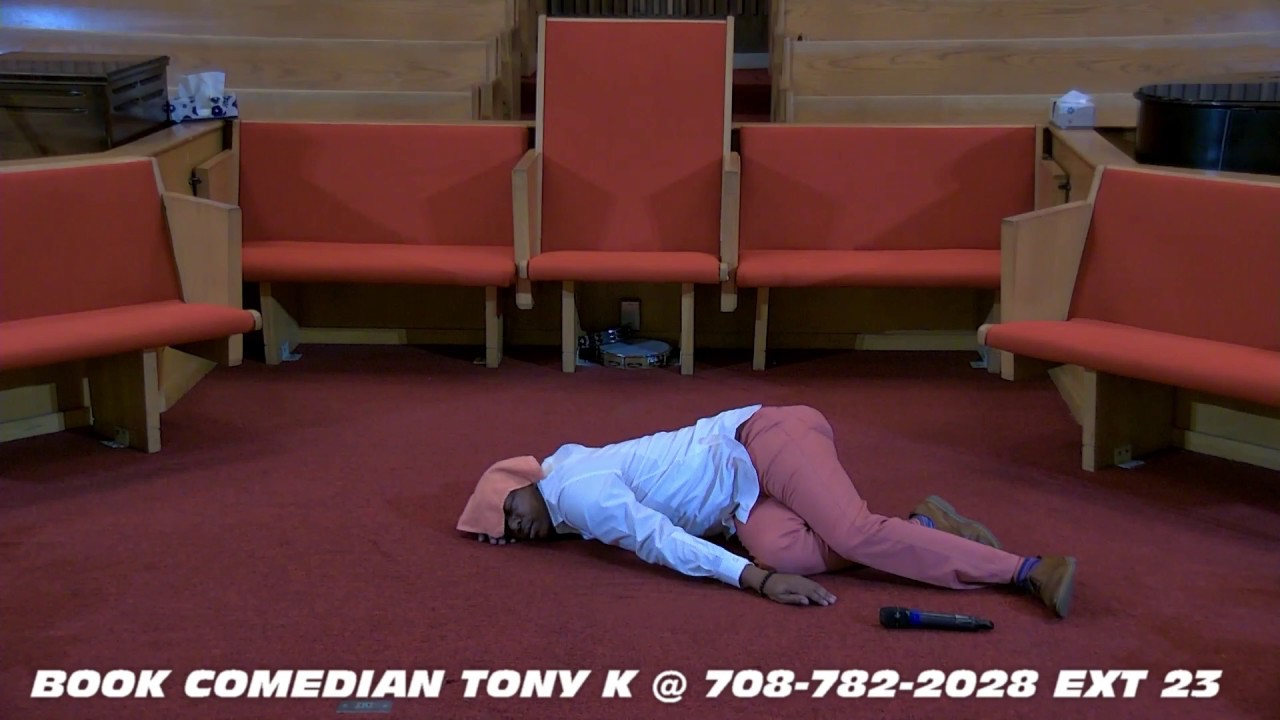 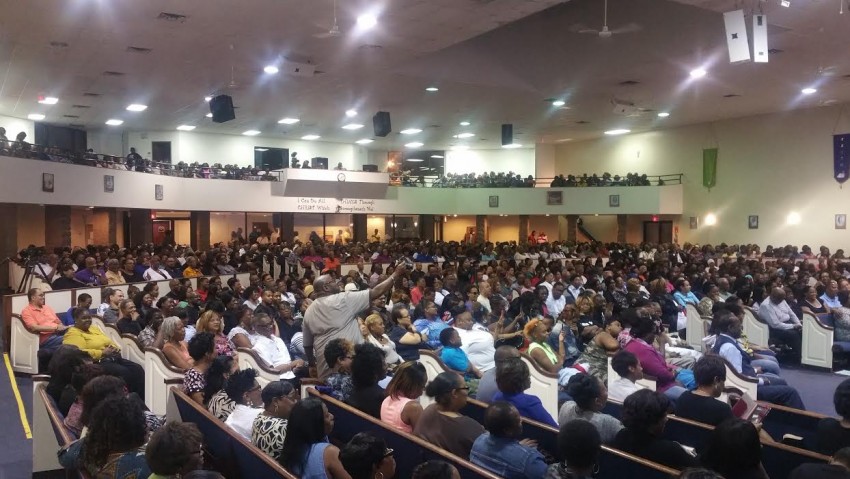 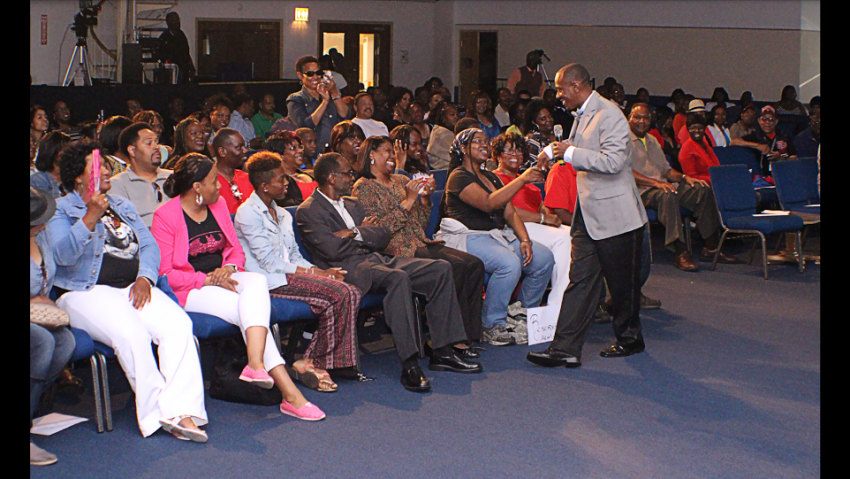 Comedian Tony K hails from Chicago, Illinois with a career that spans for over 18 years as a comedian. He is a the CEO and Founder of “The Christian Comedy. He starred in the movie "Why Men Cheat", directed by Mark Harris, performed for NBC’s “Stand-up for Diversity” and has shared the stage with many great comics like, Comedian Damon Williams, Small Fire, Chocolate, Jonathan Slocumb and more. Tony K has also toured with Stella Awards Winner "New Direction Choir" and the Chicago Mass Choir from Chicago, Illinois.

One Of A Kind Great Comedian

Tony K was the Comedian at my 50th Bday party Nov 16th 2019 last weekend, He was very Funny and had the attention of the audience and kept us laughing and laughing. He did a 30 minute show and every minute was Excellent. Family and Friends told me over and over how they enjoyed him. It was clean and wholesome comedy entertainment. If you are looking to hire an comedian for your upcoming event, I would Recommend that you hire Comedian Tony K, Chicago. I would hire him again. Awesome, Funny, Professional and much more. I was well pleased with his great show. God Bless You Tony K and Thank You again for a job well done.
From Terry E

Tony K was professional and hilarious, will definitely rebook and recommend his services to everyone!!

Tony K was professional and hilarious, will definitely rebook and recommend his services to everyone!!

Thank you so much. I enjoyed myself as well. I thank God for allowing me to utilize my gift.

For the price he could have been funnier

First, I would like to thank you for considering me to perform for your event. I have a good customer review and a 4 to 5 star rating. I have performed all over for 18 yrs. I'm sorry that my comedy set wasn't all of what you expected it to be. I will take all in consideration to perfect my gift to continue to give the best performance in the future. Thank you again and God Bless you.

Comedian Tony K was great. The audience enjoyed him.

Tony K was great! You talking about a night of laughter!!! Thanks

Tony K was the top comedian of the five veteran comedians on my comedy show. I had four comedians from four different states and one local comedian. Tony did his thing and he exceeded my expectations. Tony was so good I got him booked on a friend's show the following month and I will bring him back on my show in March or April to perform.

Tony K is a very personable person he makes you feel like your talking to your own son.
Tony performed at my husband’s retirement party and we enjoyed him to the fullest, my son had to leave the table he was laughing so hard. I invited my aunt and her daughter was in the hospital sick unto death she was so down but after the laughter and joy that Tony bought she told me she felt so much better. That was her last laugh for awhile her daughter died the next day. I was also touched by his testimony but most of all I was impressed with his faith in God and the mental strength God blessed him with to keep going forward. God bless you Tony and keep carrying on.

Thank you so much. Im so glad that God used me to speek encouraging words on that day...My prayer are with you and the entire Hill family. I will always be there if you need me in the future... Again thank you so, so, much. God Bless

Tony was very professional in every aspect of his act. He showed up on time and entertained the audience. Very easy to work with. I would recommend him to others. He did a good job.

Tony K was amazingly funny. He was professional as well as accomodating. We originally had various acts scheduled to perform, but many did not show up, and because of Tony K, we did not miss a beat. I would enthusiastically recommend him for any comedian act.

I truley enjoyed him. He was very proffesional and and fair with his price. Didn't use any profanity or ungodly justures. Very funny and looking forward to woking with him again.

Tony K was very funny, afterwords the visitors gave us great feedback about him. He was a little to long in between acts, that would be my only negative, but He was a good Emcee.

The comedian, Tony K, was very professional from the onstart of agreeing to the event all the way up to the time of his departure. He was sociable, friendly and not to say the least, very very funny. We enjoyed him very much and anticipate to have him entertain us again sometime very soon. Thank you Tony K!!!

A great personal connection with the audience. Good clean wholesome comedy that your grandmother would approve. No profanity, very respectful and easy to get along with. very funny performance that you can relate to.

Comedian Tony K hails from Chicago, Illinois with a professional career that spans for over 18 years as a comedian. He is the CEO and Founder of “The Christian Comedy Network”, a professional Christian Entertainment Company that brings together professional and talented lineups of the “Best of the Best” comedians, musicians and entertainment. Tony K gives comedians the opportunity to utilizes there gift to share on stage and to experience the joy of Cultivating Christian experiences….Enriching Lives and the Love of God….......Through Comedy, Networking and Laughter. He starred in the movie "Why Men Cheat", directed by Mark Harris, performed for NBC’s “Stand-up for Diversity” and has shared the stage with many great comics like, Comedian Damon Williams, Small Fire, Chocolate, Jonathan Slocumb and more. Tony K has also toured with Stella Awards Winner "New Direction Choir" and the Chicago Mass Choir from Chicago, Illinois.

In 2010 Comedian Tony K became ill and was told that he had severe Liver damage due to scar tissue in the liver. Comedian Tony K began treatment but his illness began to make a turn for the worst. But he never stopped doing what God had called him to do. In 2012 Tony K had 9 Blood transfusions and was given 48hrs to live by the doctors. Also in 2012 Tony K lost his wife in death, but his desire to carry out God's mission and his faith pulled him through. And on June 13th 2013 Tony K received a Liver Transplant at Northwestern Hospital that gave him a second chance at life. Tony K is still doing what God has called him to do and won't stop until his work is finished.