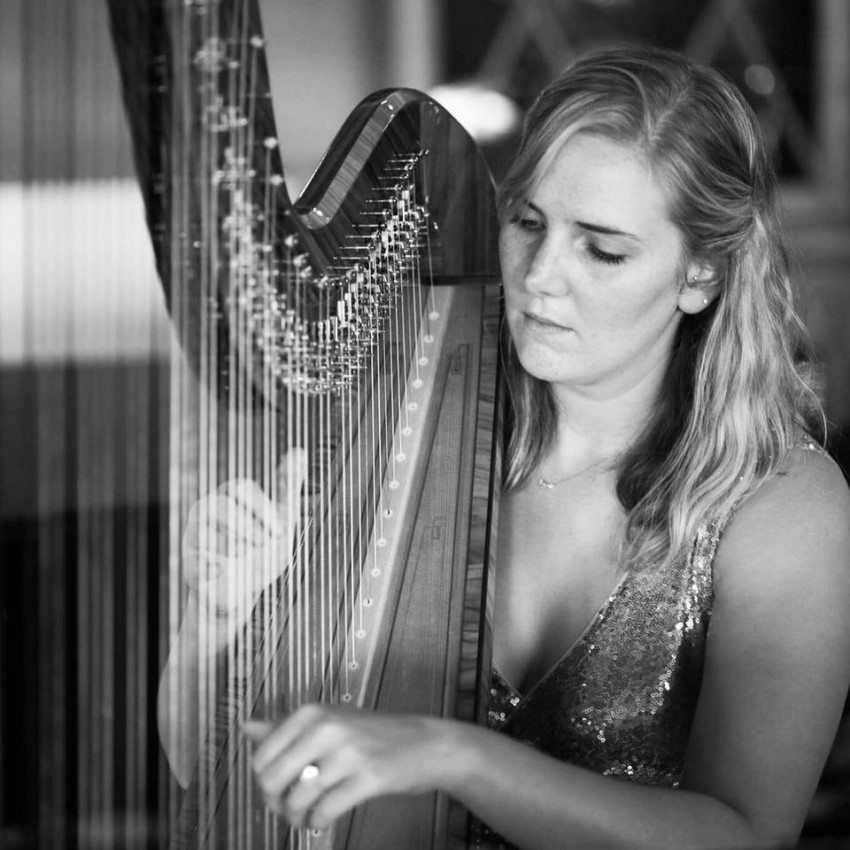 Performing for Demitasse at the Grand Hotel 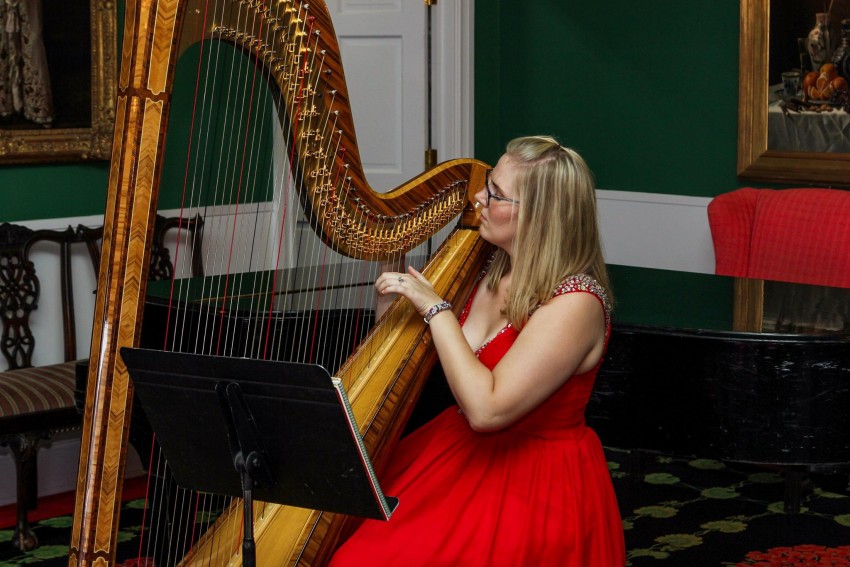 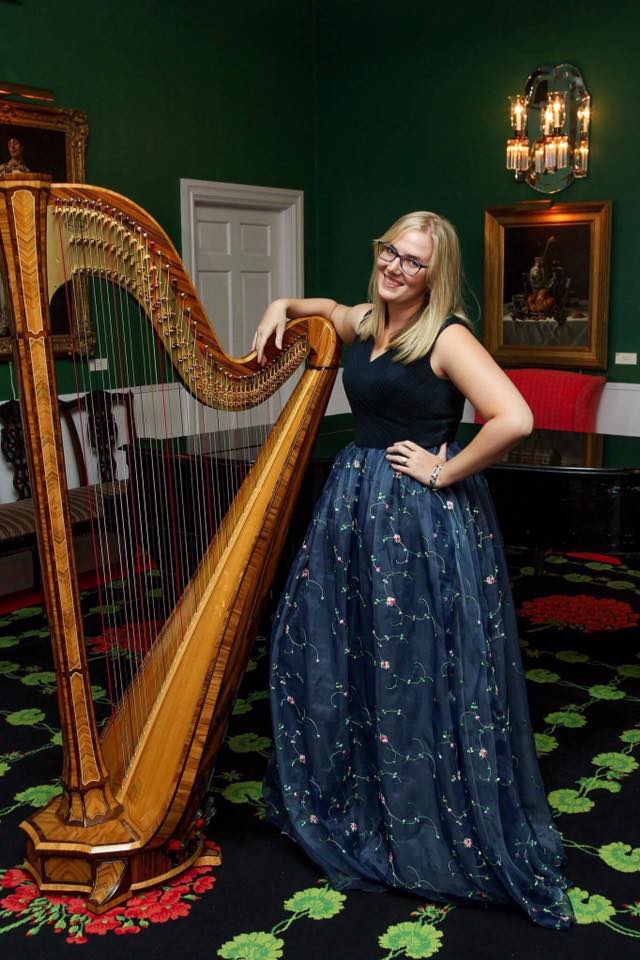 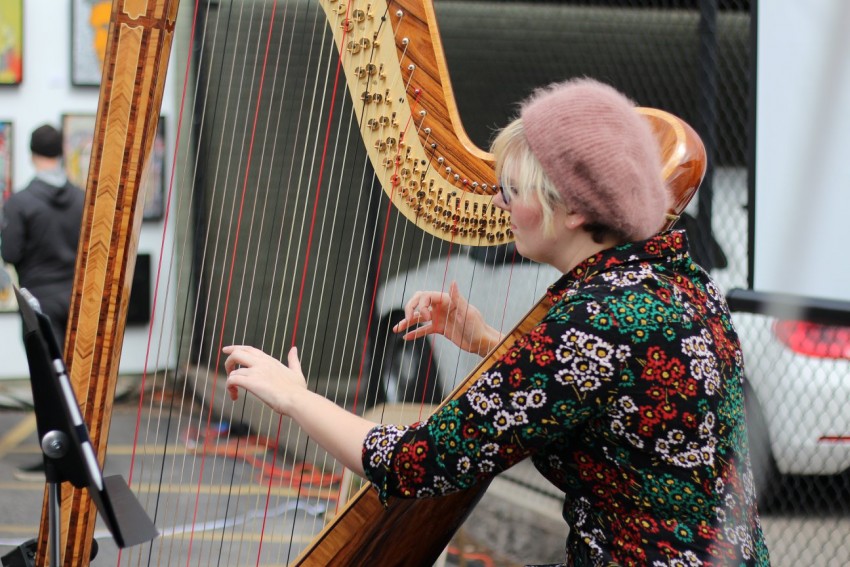 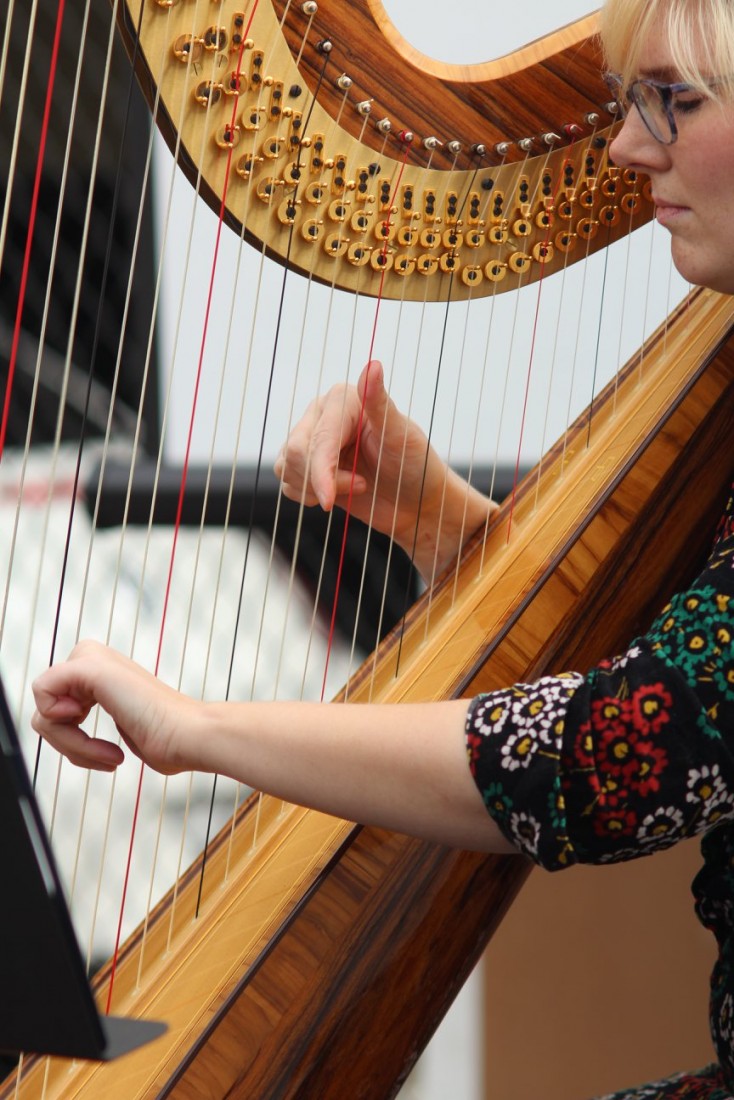 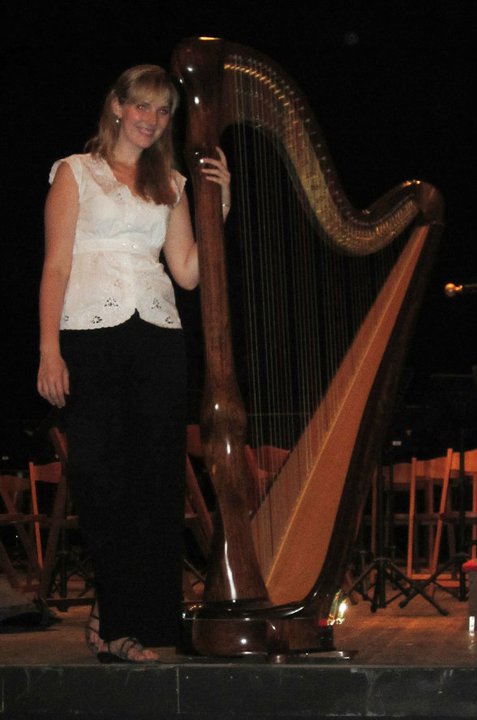 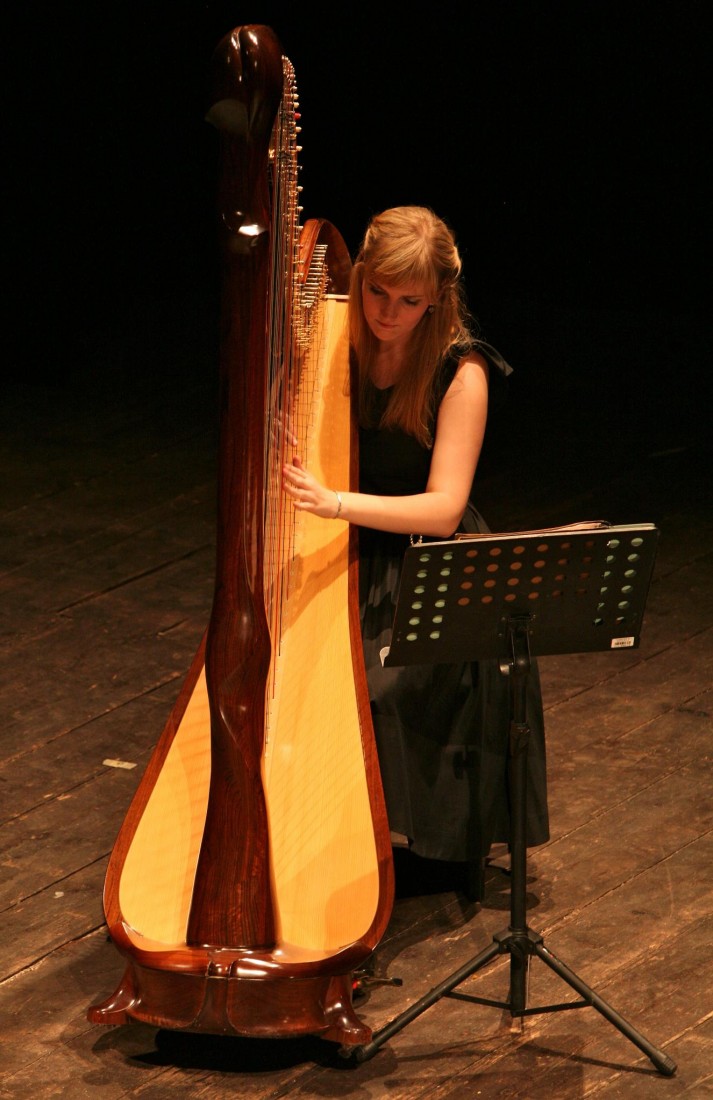 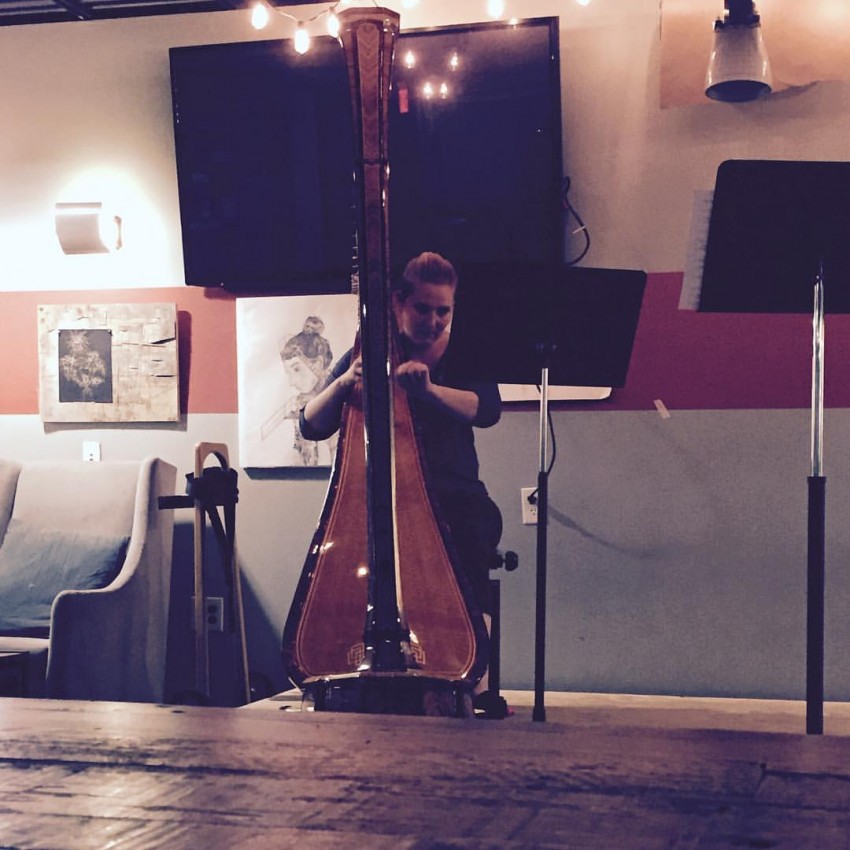 An International orchestral and solo harpist, Claire Greene has performed across the U.S and Italy. Her orchestral performances have been with the Tulsa Symphony Orchestra, Allen Philharmonic, Symphony of Northwest Arkansas, Symphony of Southeast Arkansas, the Honor Orchestra of America, the Ohio Light Opera, CCM's Spoleto Festival Orchestra, and the King and I National Broadway Tour at Walton Arts Center. Claire is the former harpist of the Grand Hotel on Mackinack Island, MI, where she played for High Tea and Demitasse, as well as weddings and special events. She is currently a masters student studying at University of Cincinnati College Conservatory of Music.

Claire turned our luncheon into a beautiful event with her repertoire a beautiful songs both modern and classic that added to our wedding luncheon. She was kind sweet and professional.

Claire Greene is a classically trained harpist who is lovely to work with. Her music at our son’s wedding was absolutely beautiful. We worked with Claire from a distance, as we are in Massachusetts and the wedding was at Mon Ami Winery on Lake Erie in Ohio. Everything just worked, from our early discussions of types of music to play, her very helpful guidance on timing and music choices, straight through to the wedding day. Claire handled logistics perfectly. She drove several hours to the event, arriving well ahead of time and was in the wine cellar venue with harp in place when we arrived. Perfect. Her music was a mix of classical pieces and popular songs which sounded absolutely lovely. We were thrilled by the day and her music made it especially beautiful. Claire is professional, an accomplished musician with excellent experience, very pleasant to work with, reliable and organized. Everything you want for a special day.

Showed up early, set up by herself, and played beautifully.

Claire did a wonderful job and was very professional. She was punctual. Her playing was beautiful. Would highly recommend.

Claire gave an amazing performance and set the mood for the private dinner that was hosted at our Winery. We have since added her to our vendor list, she was very sweet and arrived right on time! We think she would be wonderful for Weddings or at a cocktail reception/dinner. Thank you Claire!

An International orchestral and solo harpist, Claire Greene has performed across the U.S and Italy. She is currently the harpist at the Grand Hotel on Mackinac Island Michigan. Claire spends her summers playing High Tea and Demitasse, as well as weddings and other special occasions at the Hotel. Her orchestral performances have been with the Tulsa Symphony Orchestra, Allen Philharmonic, Symphony of Northwest Arkansas, Symphony of Southeast Arkansas, the Honor Orchestra of America, the Ohio Light Opera, CCM's Spoleto Festival Orchestra, and the King and I National Broadway Tour at Walton Arts Center. She is an avid chamber musician, with a special interest in new music and has premiered multiple works by living composers. Claire is also very interested in world music. She has performed with the Balinese Gamelan Lila Muni, Gamelan Bwana Kumala, and the Eastman Mbira ensemble.

Claire teaches piano and harp lessons, as well as gives master classes and lectures on the harp and careers in music. She began her musical studies with piano at the age of 4 and began harp at the age of 7. She began taking lessons with Ulli Brinksmeier at the Cincinnati College of Music in Cincinnati, Ohio by the age of 10. She then went on to study with Kathleen Bride at the Eastman School of Music in Rochester, New York. Claire also studied at the Chicago College of Performing Arts with Sarah Bullen. Claire holds at B.A in Music Performance from the Meadows School of the Arts in Dallas, TX. Mrs. Greene is a member of the American Harp Society and MTNA.