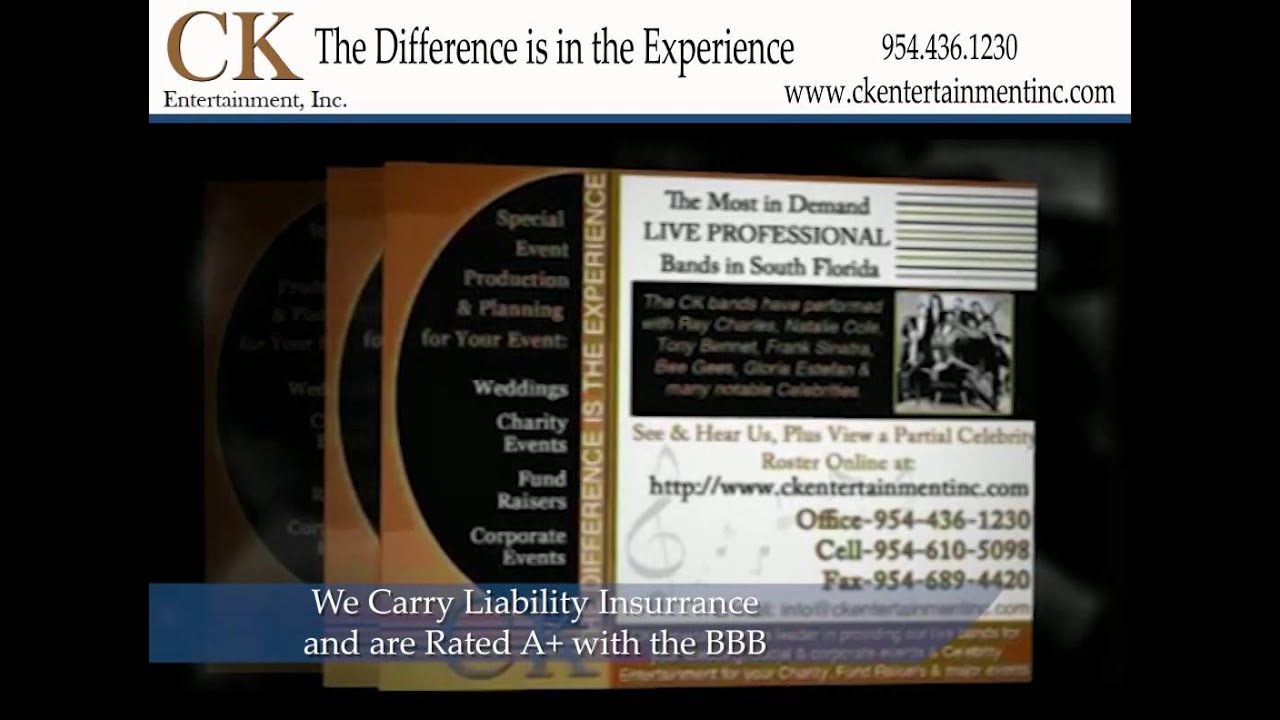 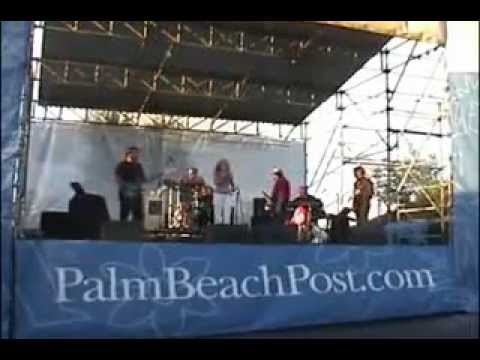 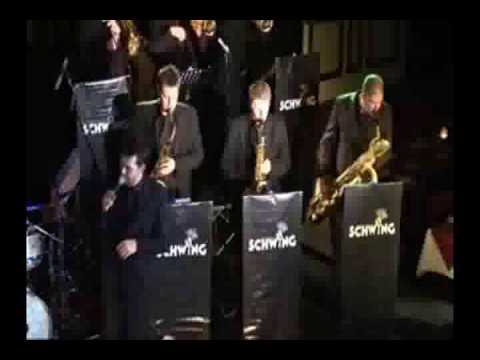 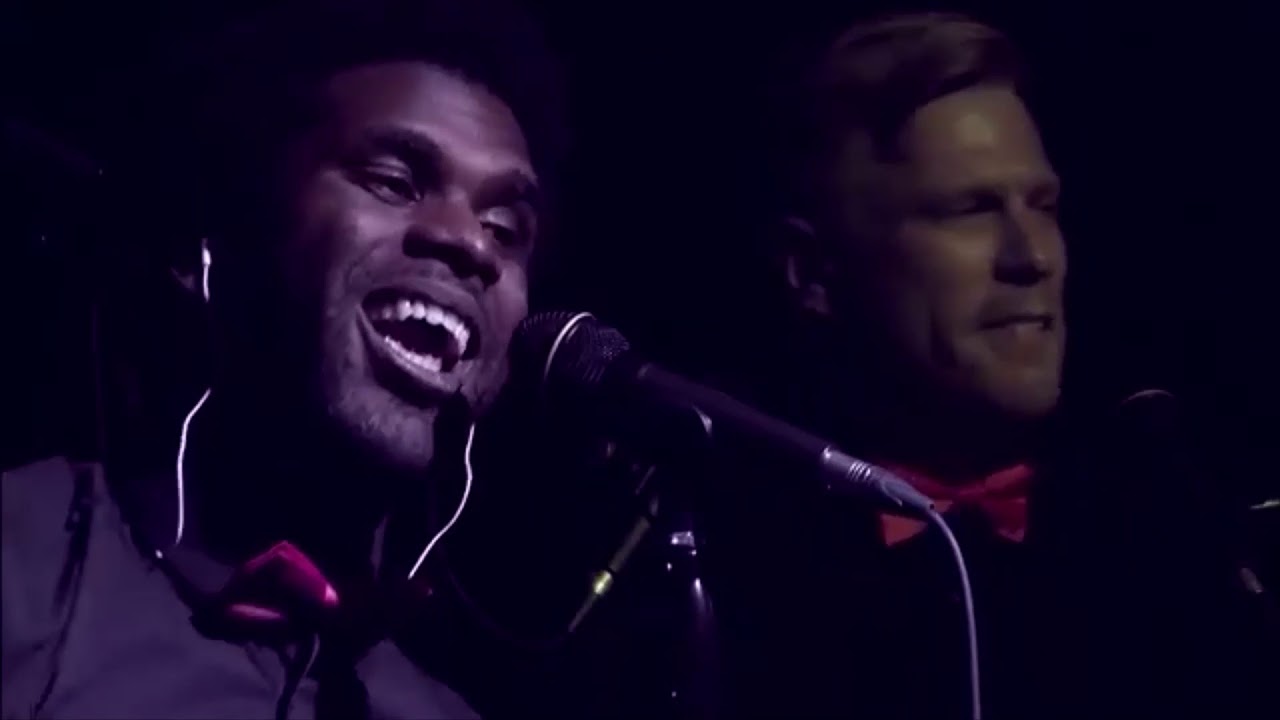 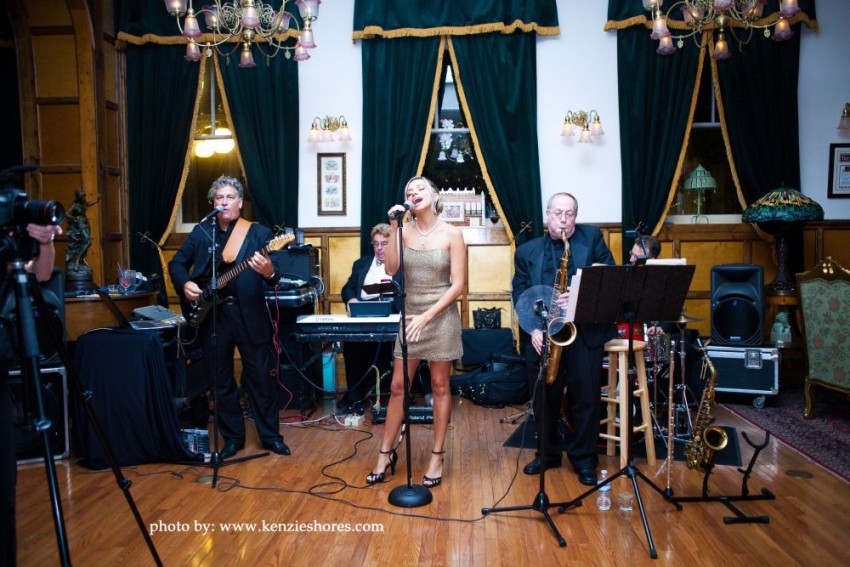 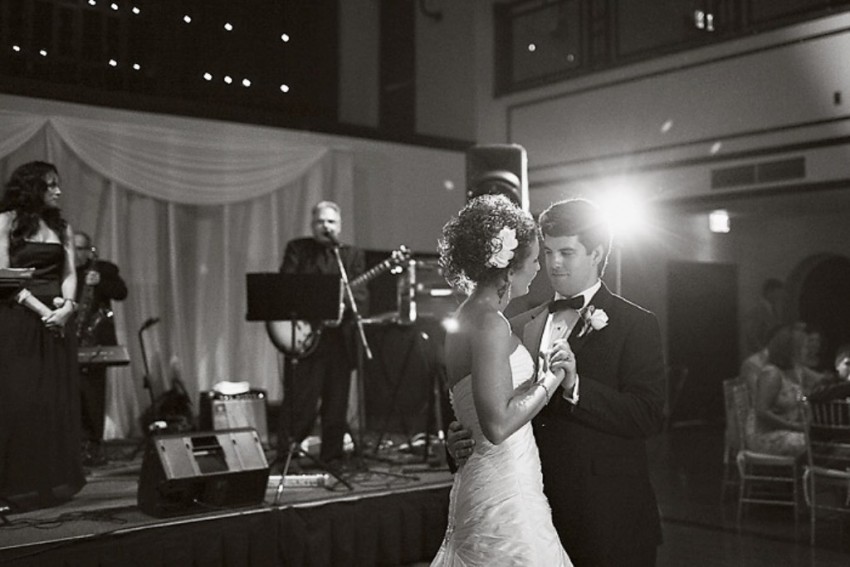 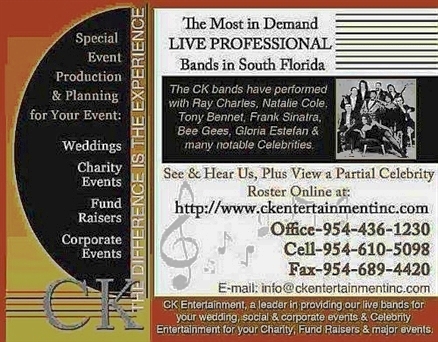 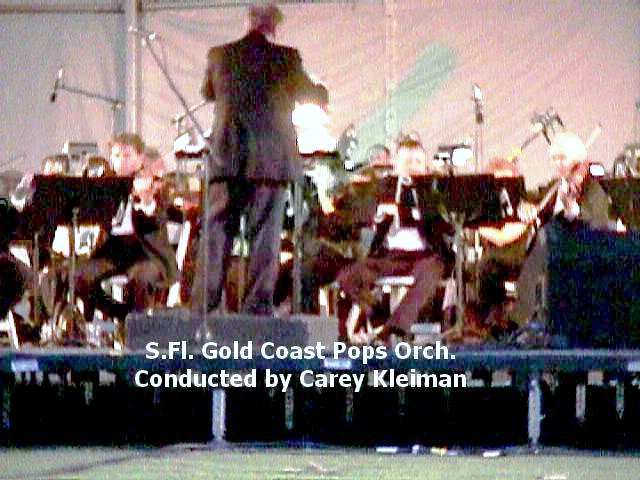 The Difference Is Experience!

As an entertainment company, CK also has live bands for your Weddings, Corporate, Convention and Social events available to perform at any event throughout Florida including Miami, Ft. Lauderdale Palm Beach, Naples and Marco Island, Key Largo to Key West and Orlando
Dedicated to providing elite entertainment, we keep up to date with the latest trends and popular ideas so we can offer our clients the very best. Our entertainers will help you get any party started and keep it going.
Our CK bands can go from 3-14 pieces!
We also carry a liability insurance

Thank You for taking the time to review us. Wishing you the best!
Carey
CK band

The CK Band did an outstanding job for our reception. They arrived on time and played as scheduled. The attendees enjoyed the variety of music the band was able to cover. I wanted to commend the band - our event was held at a facility where we did not know what the parking fees would be. We made arrangements to pay the fees in cash ahead of time. When the band arrived - they alerted us that they were able to park in a free area and did not need to accept the cash. Not many bands would have done this and I commend CK and the band on their integrity. Book them - they are as good as they are honest!

Thank You. It was our pleasure to play for your convention
Carey
CK Band

My Guests complemented me all night ht a great band .

Very professional, on time,well dressed,
Played all types of music kept a great energy going all night. This is an awsome team of musicians!!!!

Jorge: It was our pleasure playing for you. We are happy that you were pleased with us
Carey Kleiman
CK Band
CK Entertainment Inc

When you hire one of our CK Bands you can expect to have a professional,
cooperative and great musical experience.
We work closely with our Clients and take care to meet your needs
and details.

The CK Bands are comprised of the top studio musicians in South Florida under the musical Direction of Carey Kleiman. Some of the celebrity acts we produced and performed with include Ray Charles, Gloria Estefan, Wayne Newton, The Beach Boys and The Temptations.
Carey Kleiman received his Bachelors & Masters Degree in Music from the University of Miami. Over his career he has performed and produced with Ray Charles, Frank Sinatra,
Boyz to Men, Woody Herman, Kathy Lee Gifford, Tony Bennett, Bee Gees, Justin Timberlake and served as a musical supervisor/contractor for syndicated television Shows.
On the Classical side he has performed with the Honolulu Symphony, Miami Philharmonic, and FT Lauderdale Symphony. As a woodwind doubler he has been featured on recordings and television shows on Clarinet, Saxes, Flute and Piccolo.
In the 1980’s he formed his own music production company and served as the Musical & Entertainment director for the Diplomat Hotel working with many of the celebrities and the hotel’s convention and social clients
Entertainment director for the Diplomat Hotel working many of the celebrities and the hotel’s entire convention clients. Later he formed CK Entertainment which specializes in corporate, meeting, wedding and charity events. In addition he is an adjunct professor of Music Business & woodwinds at Broward College

We are totally self contained with our own sound system.
We also have lighting available to you at a small extra cost
We also require cover if asked to play outdoors.

Stage- or area varies with size of Band you select