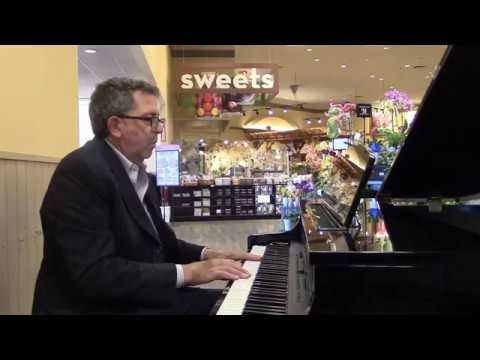 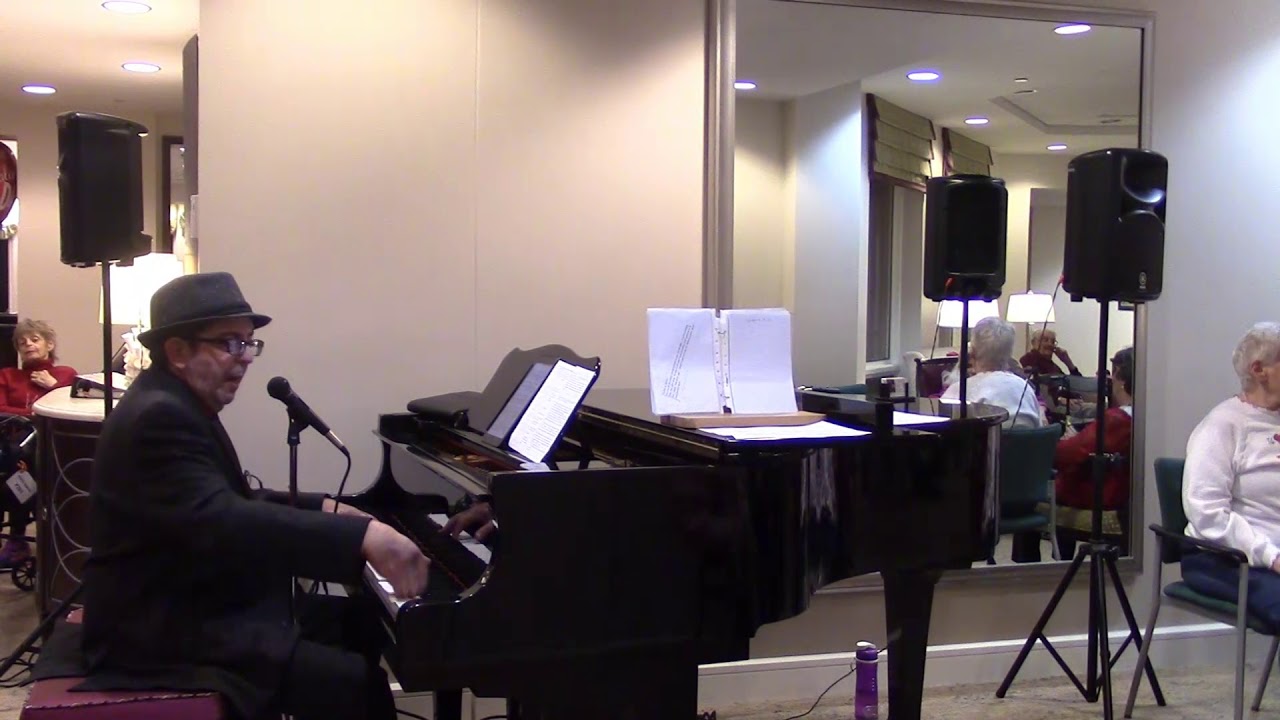 Singing Pianist (It Had to Be You) 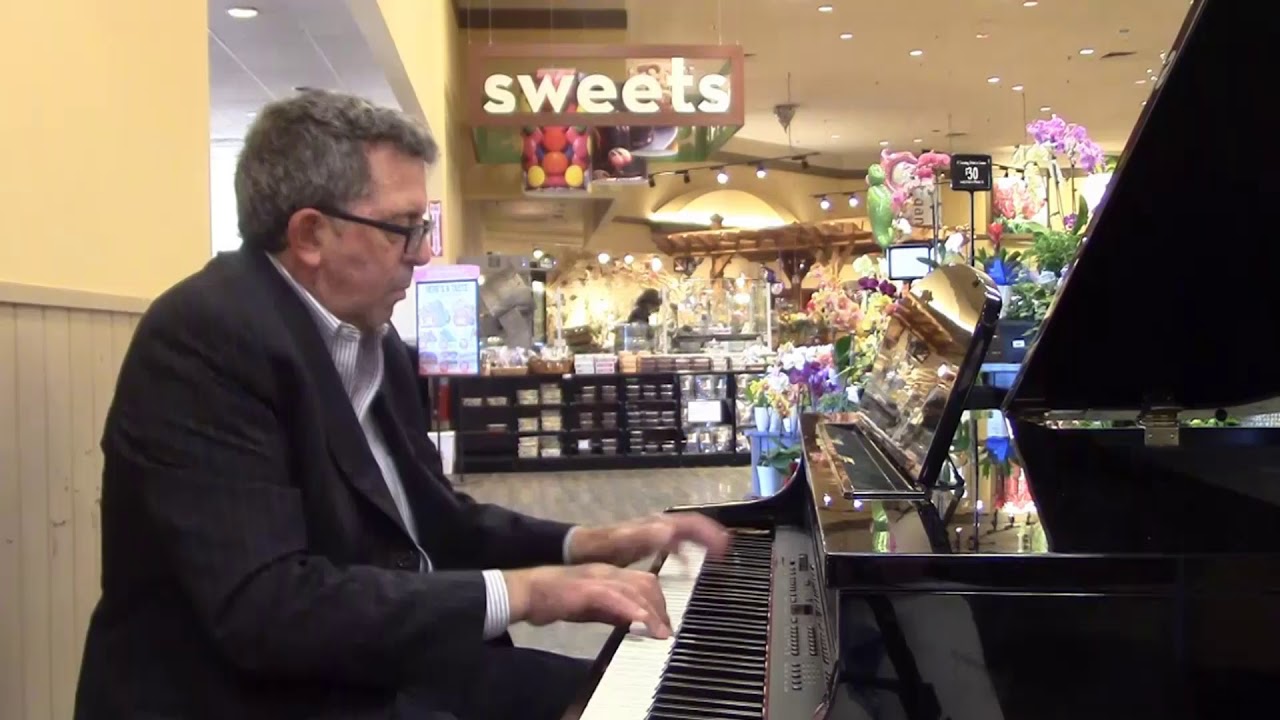 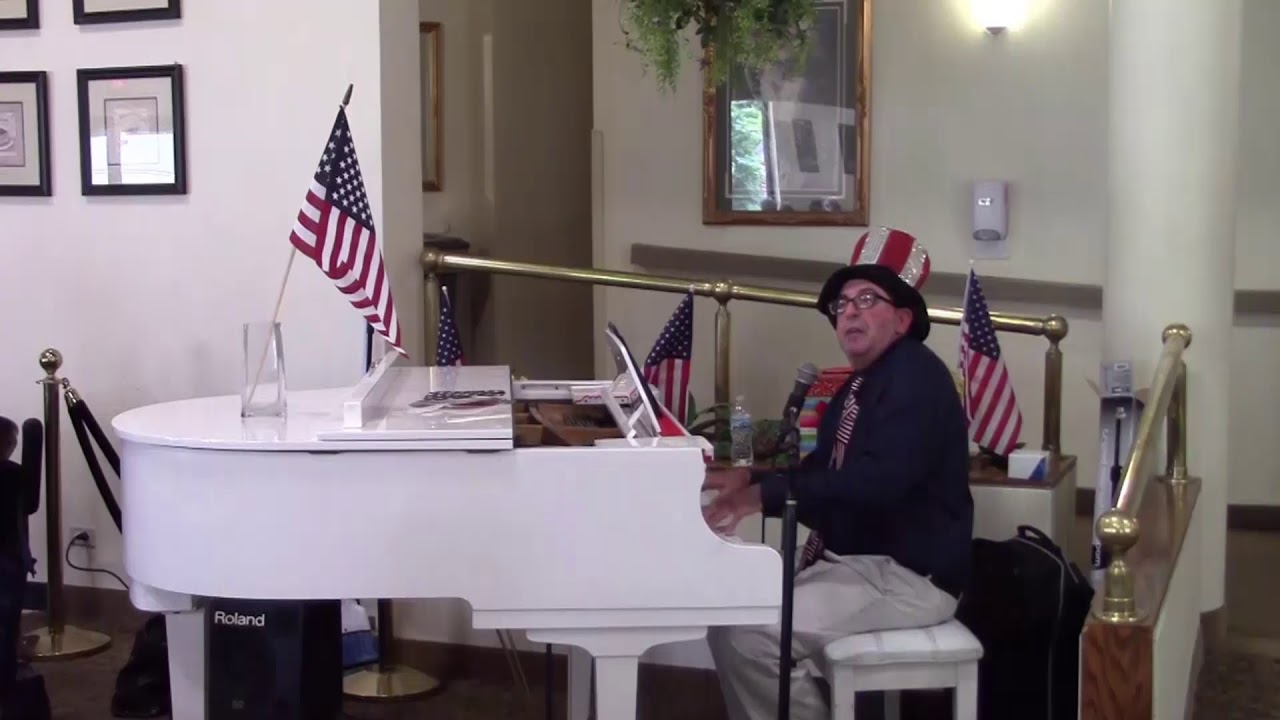 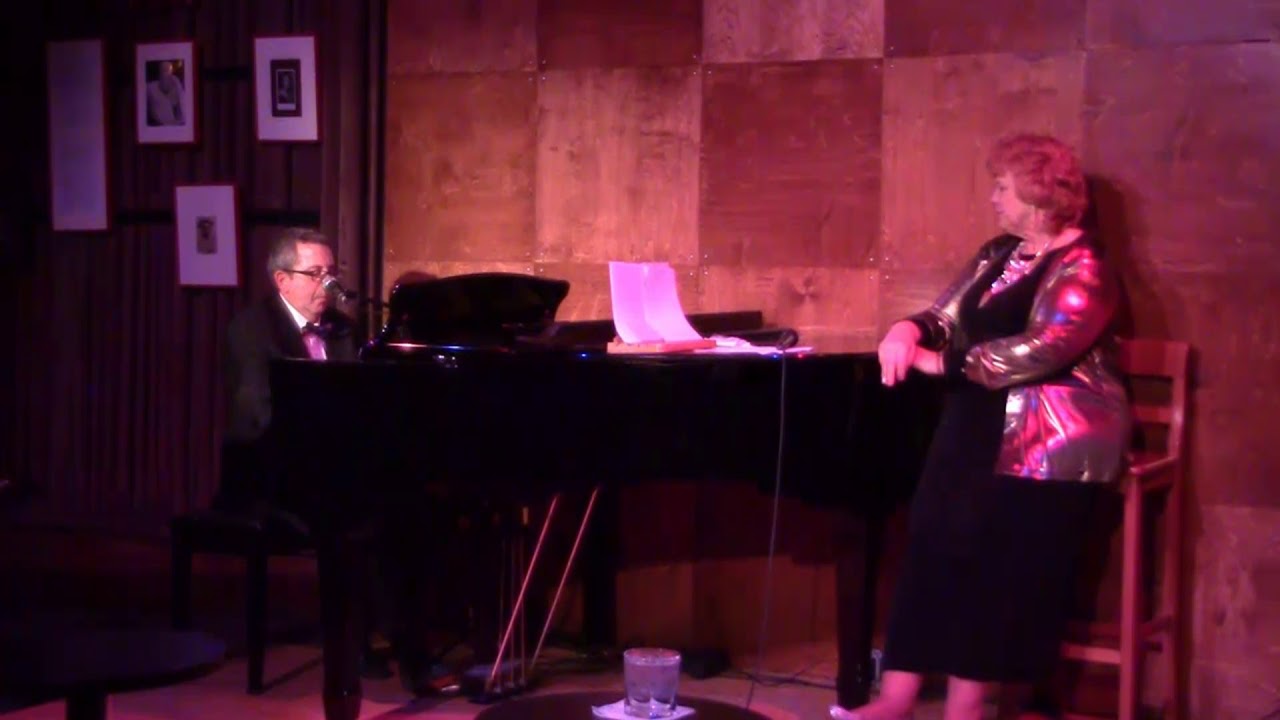 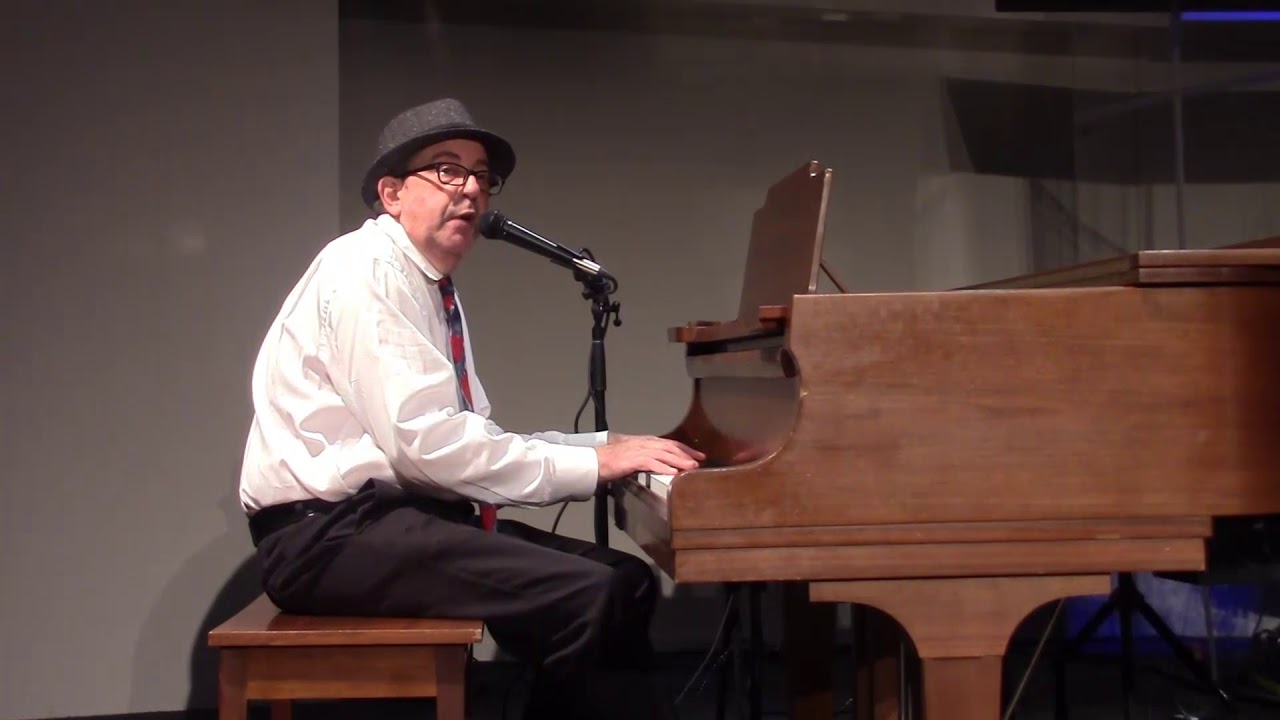 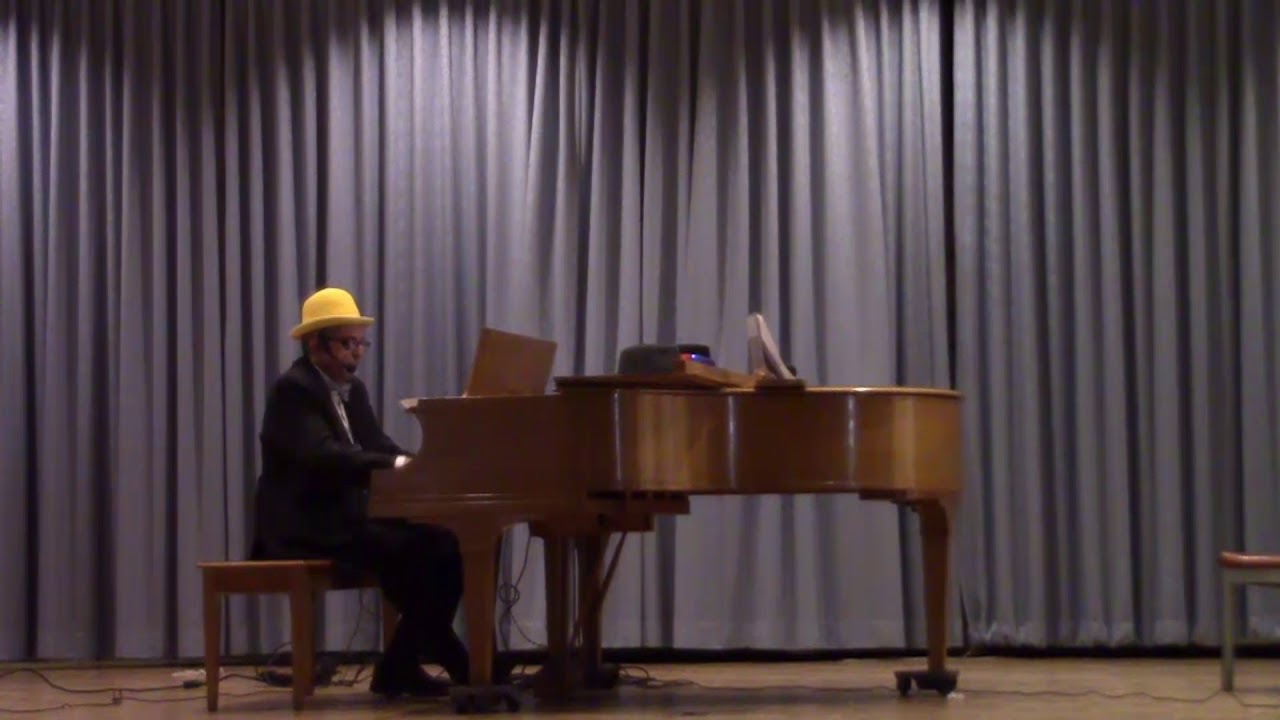 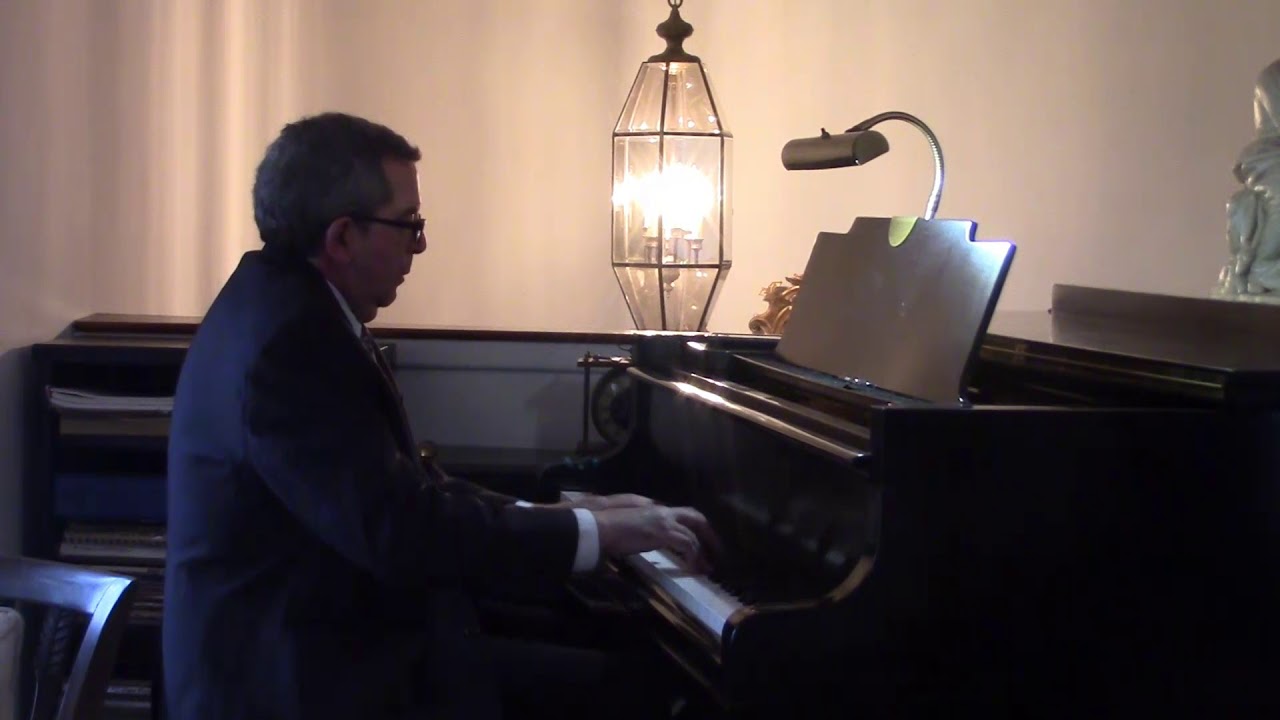 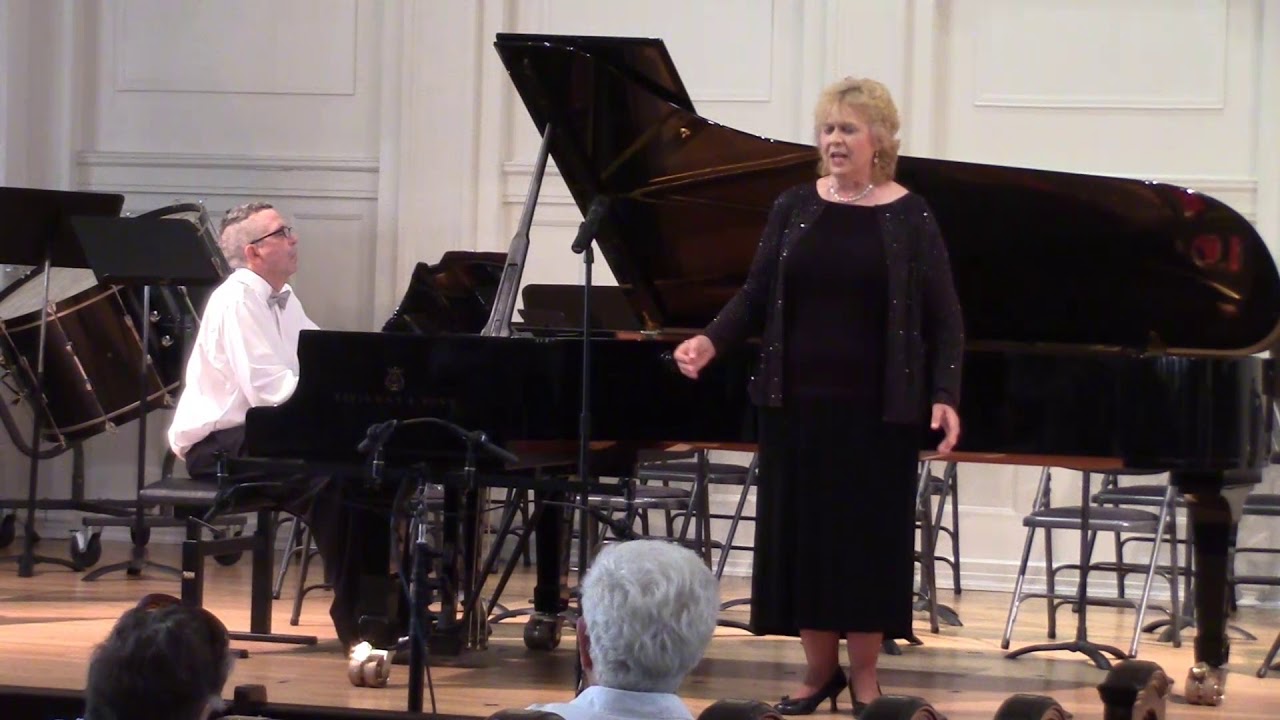 Accompanist for Opera (with Eleanor Warrington) 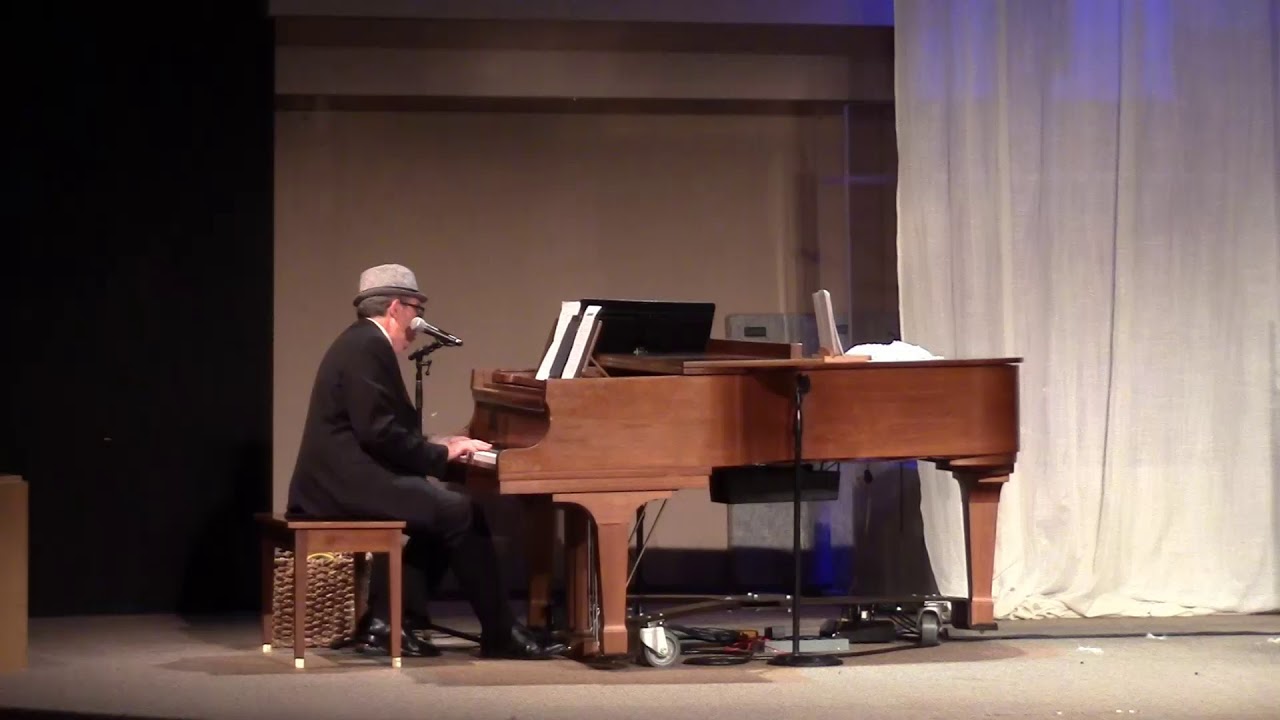 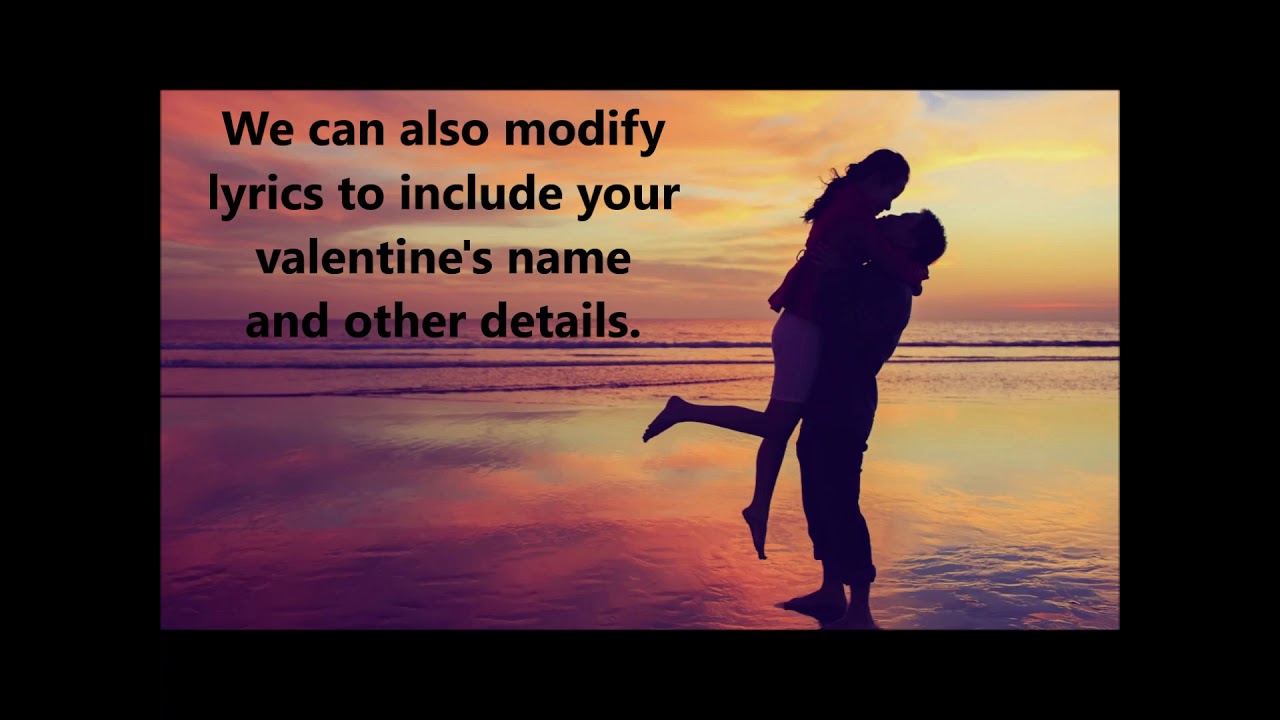 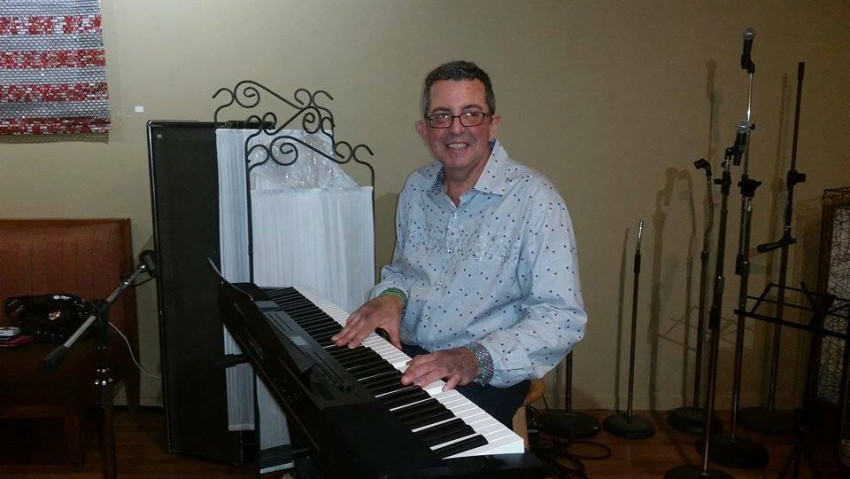 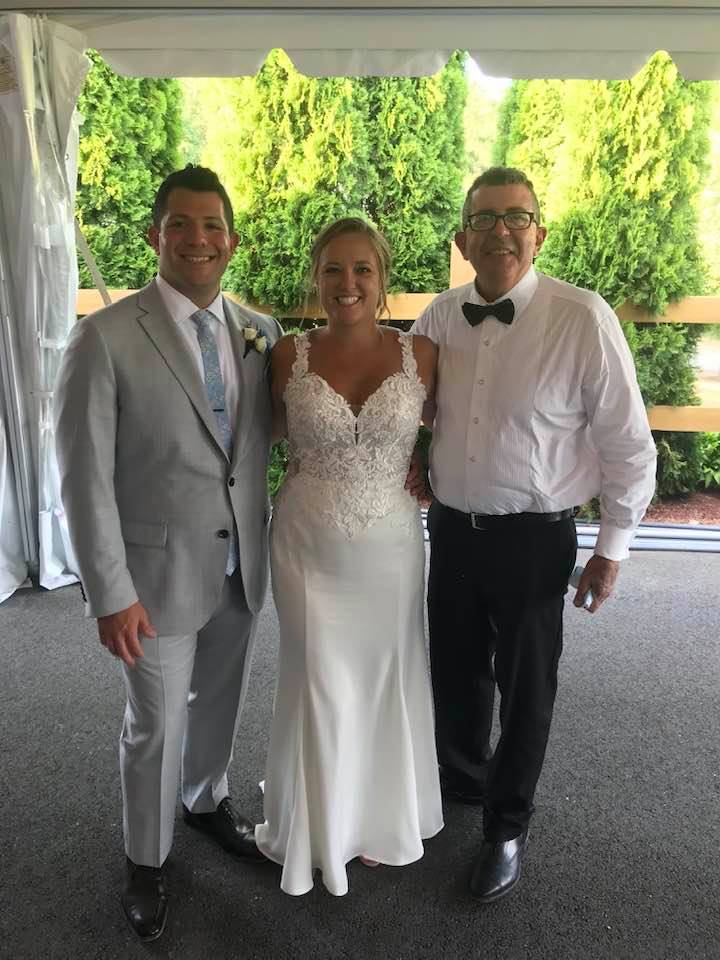 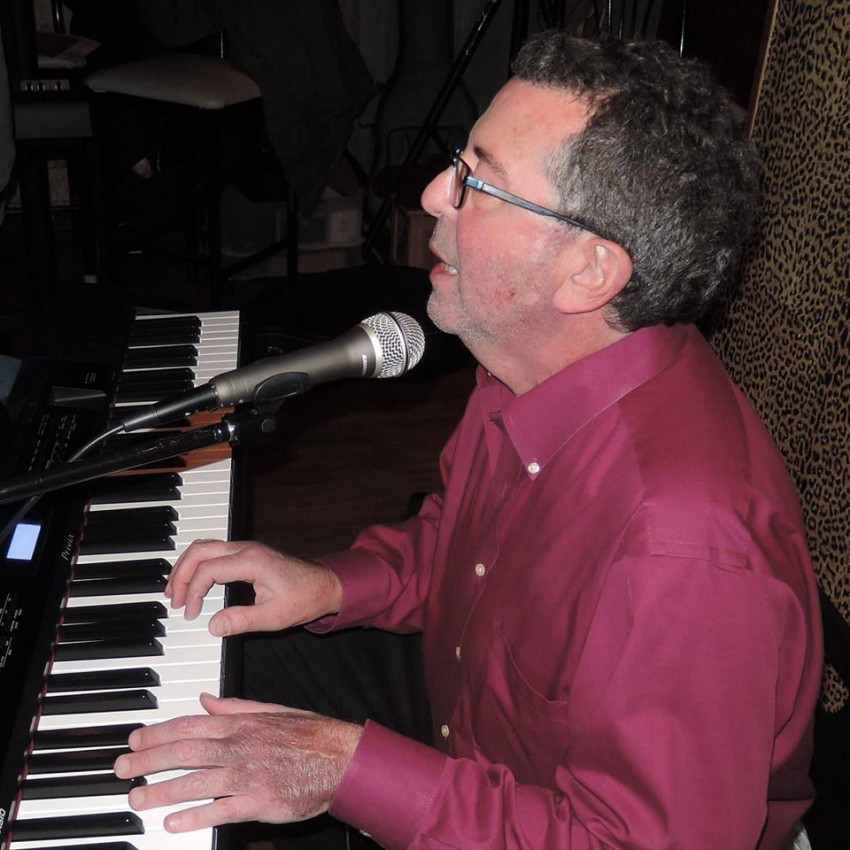 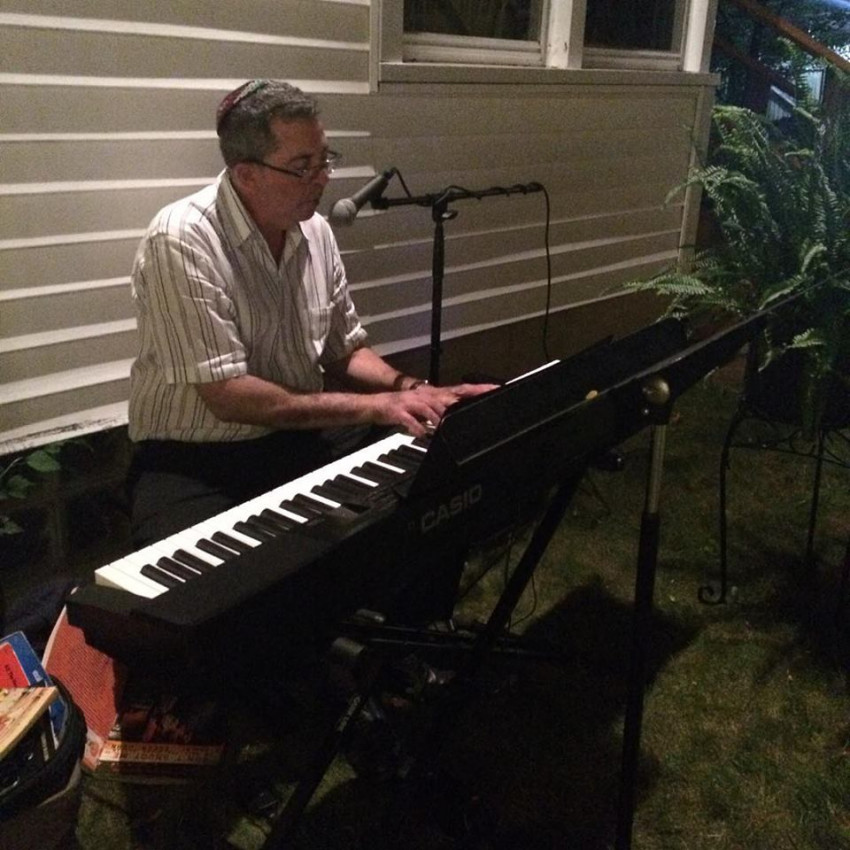 Andy Bossov, a pianist in Chicago, performs a wide range of musical styles spanning Broadway show tunes, jazz and pop standards, rock and roll oldies, classical and novelty piano, Jewish folk selections, and Christmas music. Gifted in pop, classical and improvisation, Andy brings the joy of music wherever he goes and captivates audiences of all ages and backgrounds with his unique blend of humor and story-telling. He also performs as pianist and singer with The Chicagoland Duo (see separate profile on GigSalad).

Our family Christmas Sing-along was a great success and lots of fun. Andy was a great accompanist and joined in the family fun. He is a very personable guy with a great talent for entertaining. He added to our evening by taking requests.

It was one of my top three Christmas parties ever! Thanks for the fun. All best in 2022☮️🎶

He played the whole spectrum with gusto!
We will mention him to all are friends for future parties.

Thanks, J. A great time was had by all!

A friend of mine who lives halfway across the country was recently diagnosed with cancer. His fiancée threw him a "F*** Cancer" party that I could not attend. I hired Andy to show up at the venue and play a few of his favorite songs and pass along a message of support. Andy went above and beyond from start to finish. His performance was amazing (I livestreamed in) and everyone was so impressed with him. He was extremely responsive in setting up the event and coordinating details, set up quickly and professionally, and delivered a truly memorable performance. I received countless text messages and calls saying how great Andy was and he really made my friend's day so special. Thank you, Andy. 5 stars. Cannot recommend highly enough.

Wow! Thanks, Michael! I’m very happy to hear this. All best to JA, S and their little one — and you!

Andy is a good musician and nice person. The event started at 6:00 pm Andy came at 7:30 pm.
That is not good.
He said that the address was wrong but I checked the order and it was right
We will see for next events if we contact you for him.
Thank you

Andy was great to work with!

Andy was a great asset to our "Great Gatsby/Roaring 20's" themed corporate event! He really set the mood and kept the energy of the room up through the cocktail and dinner hours. I would love to utilize Andy again at a future event and I highly recommend him. Thanks Andy!

Andy was great! We loved having him play at our event!

Thanks, Gino, and congratulations to V! Go NU!

We hired Andy for my mom’s surprise retirement party. He was entertaining and did a great job catering to the crowd. We plan on hiring him for future parties!

It was my pleasure to help celebrate Mom’s career and help eat all that great food! Thanks!

Piano by Andy for moms wake.

Andy went above and beyond to prepare music for my moms wake. I strongly recommend him for any event.

Thanks, Jim. May she RIP☮️

Perfect way to start the morning in the office!

Andy is extremely talented and knows how to cater to any audience. We had him perform in the lobby of our office tower in the morning when folks arrived (7am-10am) and received rave reviews. We will be booking him again this month :) Thank you Andy!

We booked Andy for a Valentine's Day "speakeasy" event and he dazzled us with his Roaring '20s tunes. Highly recommended.

Thanks! It was “spooktacular” hearing about all of Chicago’s famous ghosts!

Andy was absolutely wonderful! We booked requesting a holiday party playlist and ended the evening with show tunes and a bit of Elton John!! Highly recommend. Thank you for a a fantastically festive evening!!

It was a great time!

Andy was very impresionalble and made the night's entertainment memorable. The conversation and the laughs were welcoming. His strong suit is definitely the more comedic songs. Makes you want to sing along and brightens the day.

Andy was wonderful and sooo much fun..

Andy studied piano at Oberlin Conservatory, then completed his B.M. in theory and composition from Northwestern University, and enjoys playing everything from Beethoven to Broadway. Andy is an experienced and responsive accompanist, reading scores or improvising according to the style.

Andy music-directed a Broadway revue touring Eastern Europe, sang with a barbershop chorus in Carnegie Hall, and has accompanied improv comedy shows sailing the Pacific. He began studying at age four, continuing through college and beyond. He has enjoyed incorporating music into previous professional work in public relations, arts management, and the clergy.

In his earliest years, Andy used to drive his family crazy when he would sing himself to sleep! He sang in and accompanied children's choirs regularly, then studied voice in high school in addition to accompanying other musicians and pit bands. Into adulthood, he began combining his piano and vocal skills at parties and other celebrations. This trend continued throughout his professional life and has of late become a primary focus of his professional activity.

Following his winning of a local songwriting competition in 8th grade, Andy went on to compose and arrange for his annual high school variety shows (conducting the pit orchestra senior year) and arranged for/conducted the annual musical theater showcase (which toured Eastern Europe under the aegis of Friendship Ambassadors). He wrote/produced radio ads and worked on the staff of a New York recording studio, and was always helping to turn people's raw compositional material into performable scores. He is once again functioning in this role for songwriters and theater composers.

Since his teenage years, Andy willingly composed parody songs for special celebrations to honor the birthdays or anniversaries of friends, family members and co-workers. This stemmed from his early admiration of performers like Alan Sherman, Tom Lehrer and Weird Al Yankovich who combined their musical skills with contemporary satire.

Andy enjoys teaching piano to children and adults, inspiring them to pursue a lifetime of musical enjoyment.

Andy has a keyboard, headset microphone, and speakers/sound system.