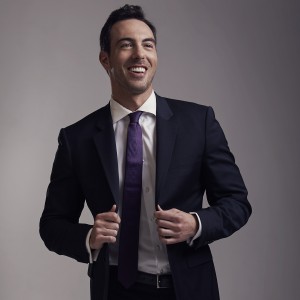 Chas empowers his audiences to turn their struggles into strengths by sharing his own journey in overcoming adversity. His life story is the subject of a book titled, Becoming a Criminal and dramatized in the film, 'American Animals' that releases at the 2018 Sundance Film Festival.

Be the first to review Chas Allen Events

Bestselling author, speaker, entrepreneur, and life coach Chas Allen has quickly become known across the globe for his message “embrace your story,” and emboldening people of all ages from all walks of life to overcome fear and self-doubt by developing confidence, strength, passion, and the courage to live in their truth. This year Allen will release his third book, “Evolution: Becoming a Criminal” (Motivational Press) published on June 19, 2018.

“Evolution: Becoming a Criminal” marks Allen’s third book, he released “Mr. Pink: The Inside Story of the Transylvania Book Heist” in October 2011, and contributed to “Among Friends: Stories from the Journey” in 2014 alongside renowned clergyman and motivational speaker Father Jim Sichko, and Jonathan Ryan.

Born in Lexington, Kentucky, Allen made national headlines at just 19 yeas old for his role in the Transylvania Book Heist, an unbelievable, audacious theft of museum quality books that took place in broad daylight. The heist was famously listed among the F.B.I.’s all-time most significant art theft cases, and launched the four college students behind the sting into national news as they attempted to steal first edition books and paintings valued at over twelve million dollars, from the Transylvania University library. Among the items stolen were John James Audubon’s “Birds of American Collection” and Charles Darwin’s “On the Origin of Species.” The four men (including Allen), were eventually caught and sentenced to seven years in federal prison. Upon release from prison at just 26 years old (2011), Allen was propelled back into the real world with a new outlook on life, and a determination to share his experience in the hopes of positively impacting the lives of those he encounters.

Allen’s story of his youth has also been turned into a major motion picture. “American Animals,” written and directed by Bart Layton stars Evan Peters, Barry Keoghan, Jared Abrahamson, and Blake Jenner (who plays Allen), and premiered to rave reviews at the 2018 Sundance Film Festival. The film, called “riveting,” “fascinating,” and “a wild ride” by the press released in national theaters on June 1, 2018 (The Orchard, MoviePass Ventures).

In his downtime, Allen enjoys volunteering at Vital Intervention and Directional Alternatives (VIDA) through the LAPD. Using his life experience, Allen speaks with at-risk youth to deter criminal behavior, and express the importance of making positive choices in life.