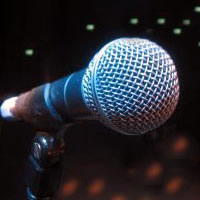 Be the first to review Chad Mica

Chad Mica is first and foremost an artist, always looking for ways to channel creative energy in any direction he can. With music as his primary outlet, Chad approaches and writes his songs with the passion and intensity of the experiences from which they are conceived.
While in New York City working in Film Production Design, Chad shifted his creative direction toward songwriting, collaborating with various producers; from Brooklyn to Atlanta to Nashville. After the completion of his debut single "Taking Over U", Chad relocated to Chicago to focus on songwriting. With a regional tour on the horizon, Chad is currently producing his freshman album, expected to be released in Fall 2012.

Irv A. said “Mike did a awesome job - crowd loved him and hope we can have a monthly venue”

Brittany M. said “Cody and Alyssa did such an incredible job for our big day! Everything was seamless from the planning to the day of events. Not only are they incredibly…”