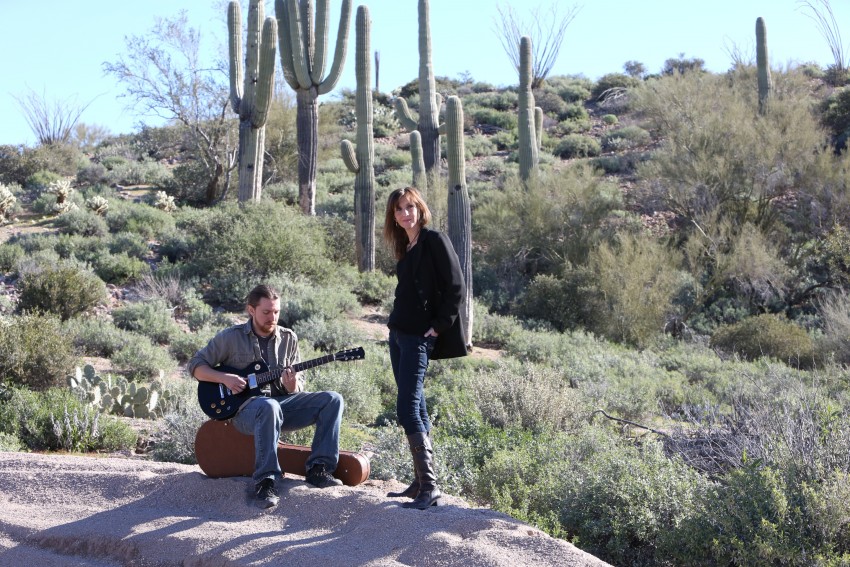 Unique and exotic French folk-rock artist based in Arizona, Cecile brings an alluring touch to both covers (Norah Jones, Beatles, Springsteen, Bowie, etc), as well as originals, via her crystalline and sultry voice, and flavors her set by switching to her favorite romance language.

Be the first to review Cecile Hortensia

Cecile performs in full band with the Common Revolution adding a rock flavor; or in acoustic duet with Chris Forenz for a mellow and classy experience.

Ccile, who was born in Nancy, France, grew up in the French Alps and now lives in Arizona, fuses her French roots with her adopted American culture in a bilingual, bi-cultural collection of songs. Each of the 12 tracks on Papillons explores a different side of the daring journey she took, seeking to find adventure in a new cultural perspective.

Papillons is a project that lies at the cultural intersection of her two homes of France and America. Written/sung in both languages, and spanning a time frame that includes both stages in her life, listeners will get a rare glimpse into the journey of her cross-cultural transition. The loneliness, the excitement and the freedom of this journey are brilliantly captured in each song.

She recently collaborated with songwriter Tim Myers (One Republic) on 4 tunes in LA, California. She is currently recording her new album with Electric Lotus Label, influenced by rock artists like P.J. Harvey, R.E.M... to be released beginning of 2015.