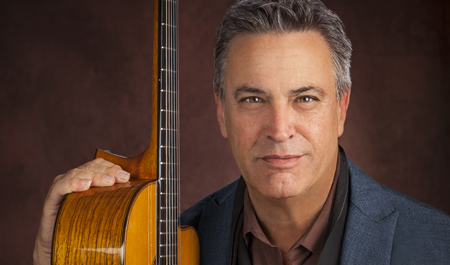 Latin guitar at its finest . Let's discuss your needs

My boss trusted me to hire an appropriate entertainer for our corporate event. I had no idea how to proceed but Casey was so helpful every step of the way. He provided the sound and lighting and accommodated a last minute schedule change. After some grueling days of training seminars, Casey's beautiful Spanish guitar was the perfect tonic as we mingled over cocktails. I highly recommend his services

Brought the house down

A friend urged me to hire Casey for my wedding and what a great choice! Casey provided an elegant and classy mood to the reception, and played a beautiful solo classical piece during the ceremony. We will be hiring him again

I hired Casey for my company's retreat and could not have been more satisfied. The music was extraordinary; perfect for the lush atmosphere of the resort setting. Casey was very professional and easy to work with, going out of his way to accommodate my wife's requests.

Casey and Lakinni can be hired for your Corporate Event, Wedding. Private Party or Dining Establishment. the duo generally plays with quiet unobtrusive backing track that provide a touch of percussion and atmosphere, but can also play completely solo. Additional players can be added as well, another guitarist, , and a full dance band are all options. Casey and Lakinni's repertoire is extensive and can be tailored to your needs, either full on current dance music, Motown soul, or a mix of Brazilian jazz standards and "Gypsy Flamenco" in the style of The Gypsy Kings with a few romantic classical pieces thrown in.

Bring a touch of Spain and Brazil to your event. Enthrall your guests with romantic torchlight guitar that transports them to exotic climes and mysterious times.

Casey Simpson began studying guitar at the age of eight with Vance Hayes in Downey, California. By the age of nine he was playing along with another of Vance's students, Jose Felciano. Casey developed a deep and abiding love for Latin guitar. A year later he attended a performance by Segovia in Los Angeles. Casey has studied online with Flamenco masters Adam del Monte and Jason McGuire, and performed with artists such as Stephen Stills, Joni Mitchell, Toni Price, and Bill Medly.

I provide all sound and lighting