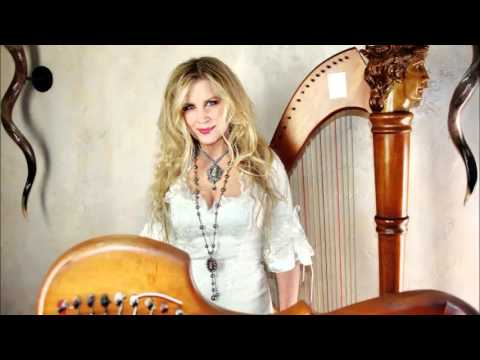 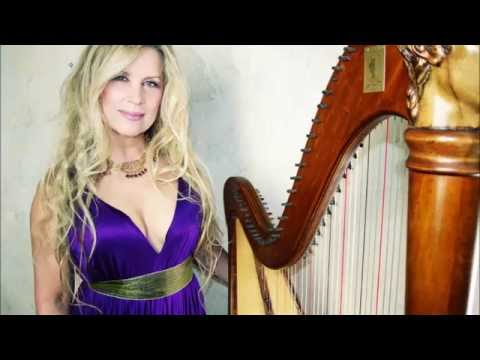 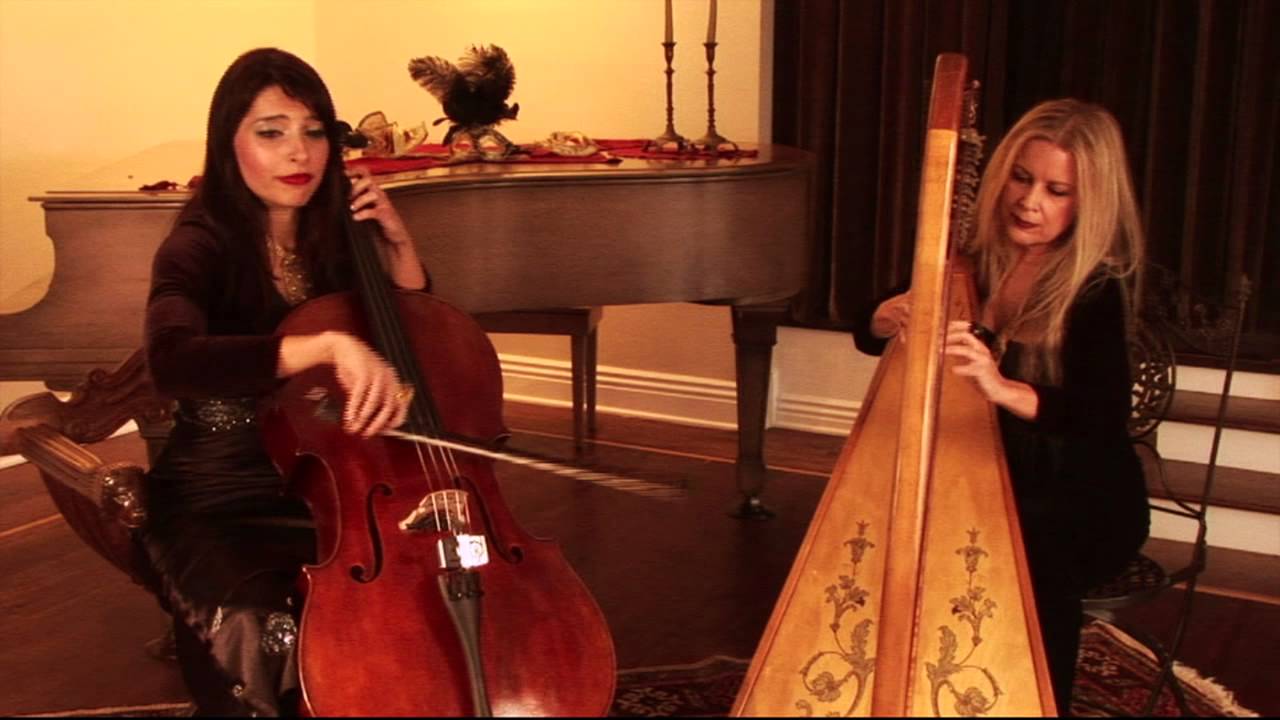 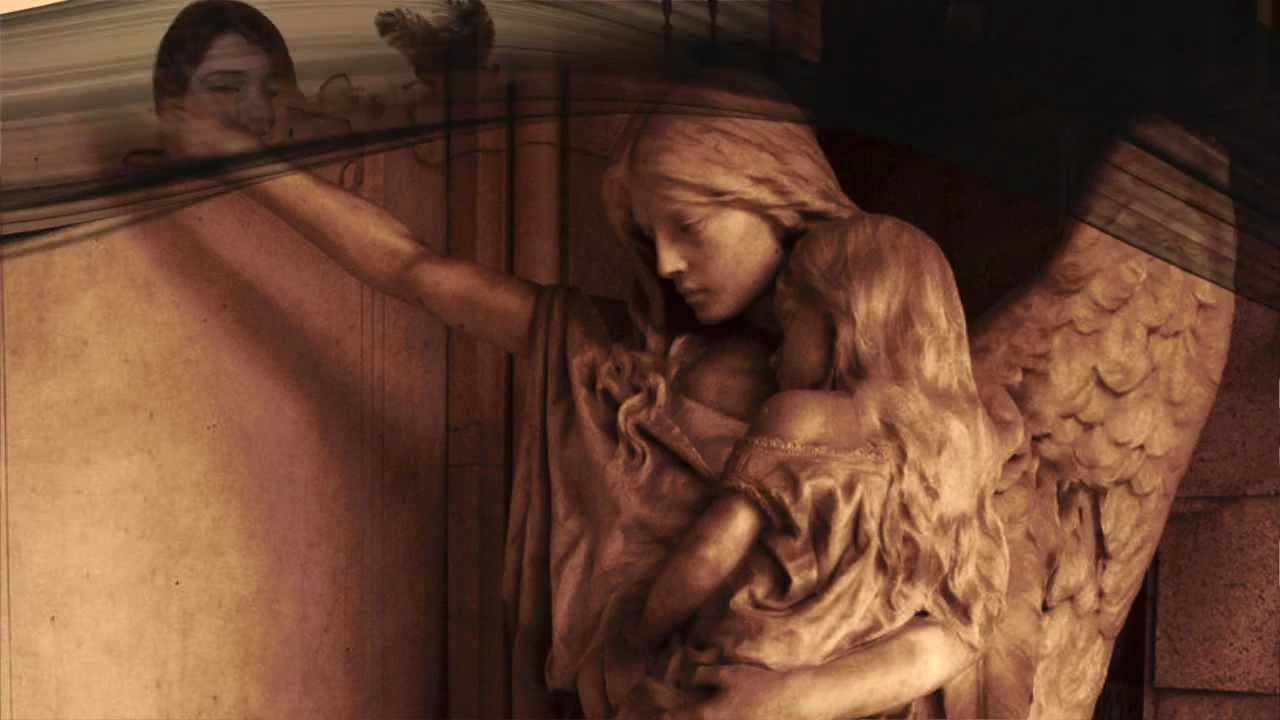 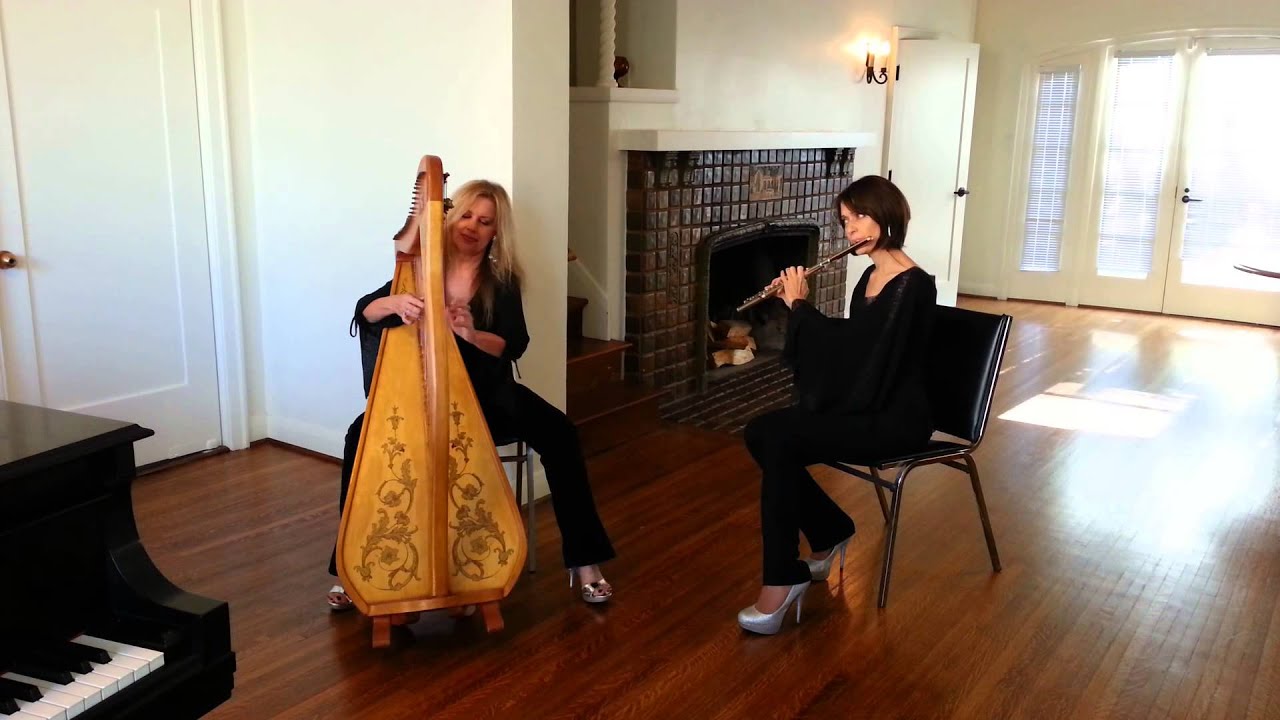 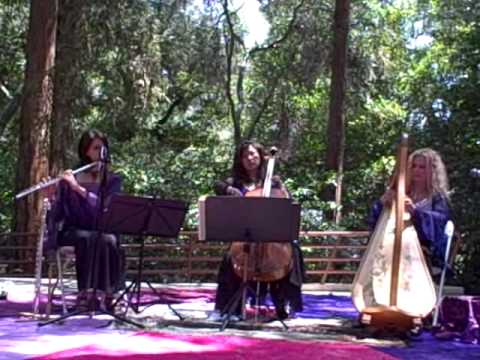 CLIENT REVIEWS:
11/14/20 WEDDING CEREMONY: “Carol was the perfect fit for our wedding. We heard her play at an open house for a wedding venue and my fiance immediately wanted to book her. As I waited to go down the aisle in the bridal suite, I heard her music and was so delighted how it sounded I calmed right down! Carol was extremely professional in all our correspondence. She was sure to dress to match the wedding colors which was very thoughtful. I would choose Carol again for a wedding or event in a heartbeat! Kate & Jasen B., Krum, TX *****FIVE STARS

Carol did a wonderful job she added a sophisticated romantic ambience and enhanced our ceremony 10x over. Great a communicating up to the event and delivered everything we discussed. All my guests loved her and she was even considerate enough to coordinate what she was wearing to my wedding colors

5/17/21 Victoria! It was sincerely an honor to be a part of your wedding day! You and Tony and your family and friends were so friendly, gracious, of the highest caliber and the pleasure was truly all mine! I loved talking to Mrs. Emanuele after the reception, too...what incredible parents you have! Your Dad even helped me load in my suitcase into the back of my SUV! :D And thank you so much for accommodating me at Bliss and for the generous and thoughtful tip! My experience with you will be one I will remember for a long time because of the quality of people you are. God bless you all and may God protect and guide you on your journey with Tony under the Lord's covenant as newly-borne husband and wife! ;) xoxo Carol

Carol did a wonderful job at our wedding! She arrived on time in spite of terrible and unexpected traffic, played beautifully, and was perfectly friendly, professional, and polite (even when great grandma interrupted her performance to have a little chat). In addition, she provided some very good suggestions to help us organize the processional and ceremony during the planning process. We received many compliments about her beautiful playing. The day wouldn't have been the same without her. Highly recommended.

Title says it all.

Carol was a pleasure to work with, from start to finish. She was friendly, helpful, and thorough during our planning meetings, and we appreciated (and followed!) her advice re: music selection, timing, and related logistics. The ceremony music was beautiful and just what we wanted. I highly recommend her!

Thank you so much for the incredible review! Much appreciated! Take care. ~ Harpist Carol Tatum

Wow this musician was maxing to hear and guests loved her.

Very easy to work with and result was just Heaven.

5 Stars for a a talented musician and music she selected and played.

Definitely would use her again for private events!

It was a delight playing music for you and your lovely guests. Perhaps we will see each other again at Christmas time. 5 stars for this wonderful Client!

Insurance: $2,000,000 - "Day Of" liability coverage (a Certificate Of Insurance) can be obtained at the Client's expense.

12/8/16 Corporate Event Review: "Carol was a complete professional! She made sure she was prepared in advance of the event, such as understanding the procedure for set up and understanding exactly what our company wanted for our client party at (Dallas Cowboys) "The Star" venue in Frisco, TX. Carol was very pleasant and everyone at our event enjoyed her presence and her talent. We received several compliments on her performance. Highly recommended!" Ashley D., Innovative - Stadium People, Dallas, TX *****Five Stars

7/4/15 Private Party Review: "Heavenly! Wow this musician was amazing to hear and guests loved her. Very easy to work with and result was just Heaven. 5 Stars for a talented musician and music she selected and played. Definitely would use her again for private events! Thanks, Carol!!!" ~ Dan S., Dallas, TX *****Five Stars

4/13/17 Bride Review: "She was amazing and I loved her song choices! She was very professional!" Jennifer W., Piazza On The Green, McKinney, TX *****Five Stars

3/17/17 Mother of Bride Review: "Carol was wonderful! Very sweet and so accommodating. She played for our daughters wedding and it was an elegant touch to the day. She was prompt and coordinated well with the ceremony. I would hire her again!" Robin O., The Brooks At Weatherford *****Five Stars

10/14/15 Bride Review: "It (the music) sounded absolutely beautiful! I loved the harp so much! Carol was very accommodating and helpful with my musical requests. She looked professional and wore a color that best matched my vision. All of my guests loved her beautiful music and it was a dream come true for me. It added a sense of whimsy and was very romantic. Carol arrived early to set up and made sure everything was as we wanted it. She also helped me decide the flow of the music with the ceremony so it was perfect! I could not be happier with her services!” ~ Stacey K., Bride, McKinney, TX *****Five Stars

Harpist Carol Tatum, originally from Dallas, Texas, has been playing stringed instruments since age seven and is the founding member and songwriter, arranger and producer for her group “Angels of Venice” (consisting of harp, flute, cello, keyboards and percussion). Her debut CD on Windham Hill Records (George Winston, Jim Brickman) was released July 29, 1999 and chosen “Critic’s Choice” in Billboard Magazine (August 4, 1999).

She is an ASCAP member and published songwriter holding almost 100 copyrights, including producing and arranging the Cat Stevens song “Sad Lisa” for Windham Hill Records’ compilation CD “Summer Solstice” which remained #6 on Billboard’s New Age chart for the entire summer of 1997. She also produced and arranged songs for many other Windham Hill compilations (“Conversations With God,” “Summer Solstice I and II”, “Winter Solstice On Ice,” “The Renaissance Album,” etc.) along with other artists such noted musicians as George Winston and Michael Hedges.

Carol has released six self-distributed CDs of original music in the U.S., Taiwan, Hong Kong, Canada and the U.S., and her second CD “Awake Inside A Dream” was reviewed and “highly recommended” by Billboard Magazine. Her rendition of “Scarborough Faire” appeared on the movie soundtrack “Big Bully” starring Tom Arnold. Carol’s band, Angels Of Venice, was the house band for the Screen Actors Guild Awards (SAG Awards) show for the years 1999 and 2000. Carol has been interviewed three times for the Los Angeles Times Calendar section. She and her group continue to appear in publications from coast to coast and were featured in and appeared on the cover of “Entertainment Today” magazine (March, 10, 2000).

From December, 1999 through late January, 2000, Angels Of Venice embarked upon Windham Hill’s “Winter Solstice” U.S. tour with David Arkenstone and Liz Story playing to sold out audiences and selling out of CDs at almost every show. The Angels rendition of “O Holy Night” appeared in the accompanying holiday special on the A & E Network entitled “Winter Solstice On Ice” and on the VHS/DVD of the same name. The “Winter Solstice” CD also charted in Billboard Magazine’s Top 200 CDs for the holiday season. The Angels six CDs are currently being played on national radio stations such as National Public Radio and Public Radio Network. Carol’s CD, “Music for Harp,” was voted in the Top 25 Essential CDs For 2001 on PRN’s “Echoes” radio show, a syndicated show to 150 radio stations and on “Hearts of Space” radio show, syndicated to 250 stations. Her music is used for Descanso Garden’s 2002 cable TV commercial. An Angels of Venice Christmas CD “Sanctus” (meaning “sacred”) was released October 31, 2003. The CD received rave reviews due to its unusual percussion-based arrangements of traditional holiday songs.

Carol further appeared on Fox’s “Renovate My Family” with Dr. Phil’s son, Jay McGraw (Sept. ’04) and was selected to perform on Ch. 7/ABC’s “Extreme Makeover: Wedding Edition” as a harpist for the wedding scene (May 9, 2005). Liza Minelli sang at the reception. Carol also just appeared on an HBO promo for Ellen Degeneres.

In 2009, Carol recorded her sixth CD, “Ancient Delirium,” which is a departure from the traditional Angels Of Venice harp/flute/cello core sound. It incorporates her love (from an early age) of world percussion and favorite exotic instruments such as hammered dulcimer, tambura, oud, Greek and Irish bouzouki, sitar, East Indian female vocals and more. Carol was asked by famed photographer and philanthropic humanitarian Wayne Schoenfeld to contribute the music to a soundtrack for a documentary called “Doctors Without Borders.” This is a lifelong dream come true for Carol to be able to add her music to a documentary of such a noteworthy cause.

Carol is currently creating a new music group, Dallas Early Music Ensemble, featuring harp, recorder and cello performing compositions from the 11th through 13th centuries. Rehearsals are currently taking place in 2017 with a launch of the group in 2018.

Carol continues to perform in the Dallas-Ft. Worth Metroplex, Austin and East Texas and beyond for weddings and other event as a soloist and with her group. In her spare time, Carol enjoys recording in her home studio, studying 11th-13th century medieval European history and helping with dog rescue.

Carol's harp has a custom pick up installed inside her harp, which connects to a 1/4 inch female input with a line out using a standard electric guitar cord into an amplifier or P.A. system. The amp requires one common electrical outlet.

Carol's general set up is a Fishman Loudbox Mini 60 watt acoustic amp used either as an amp or a pre-amp to a direct box or P.A. or with a line out to a P.A. system. This amp can be used alone to cover up to 300 guests outside or 500 guests inside. P.A. availability is recommended for 500+ guests.

Carol owns several larger P.A. systems as well which can be used for a rental fee.

2017 Wedding Music Repertoire & Song List Guide:
Greetings from Harpist Carol Tatum! Below are song titles from my Wedding Music Repertoire. Please note that these compositions work for harp trio, harp duo or solo harp (all songs are originally arranged for solo harp). Ceremonies generally require three to five songs with three being the average (#1 song for Processional, #2 song for Bride, #3 song for Recessional). A harp improvisation (#4 song) is usually played for the unity candle due to timing of walking to and from table (Carol will explain about this to you). I look forward to going over your song selections with you! 

Hymns:
Amazing Grace
Oceans (Hillsong)
10,000 Reasons (Bless The Lord, Oh My Soul)
Mighty To Save
In A Bulb There Is A Flower
The Water Is Wide
In Christ Alone
Be Thou My Vision
How Deep The Father’s Love For Us

In general, one common electrical outlet needed or extension cord from power source to harpist; one armless chair