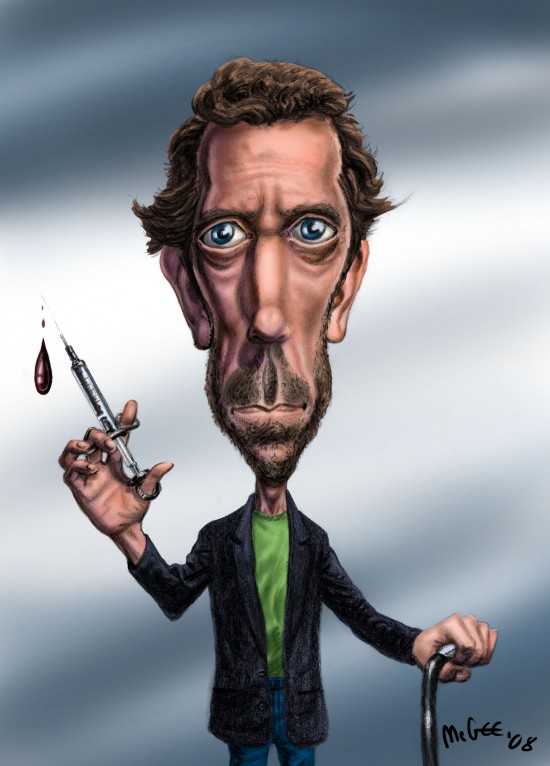 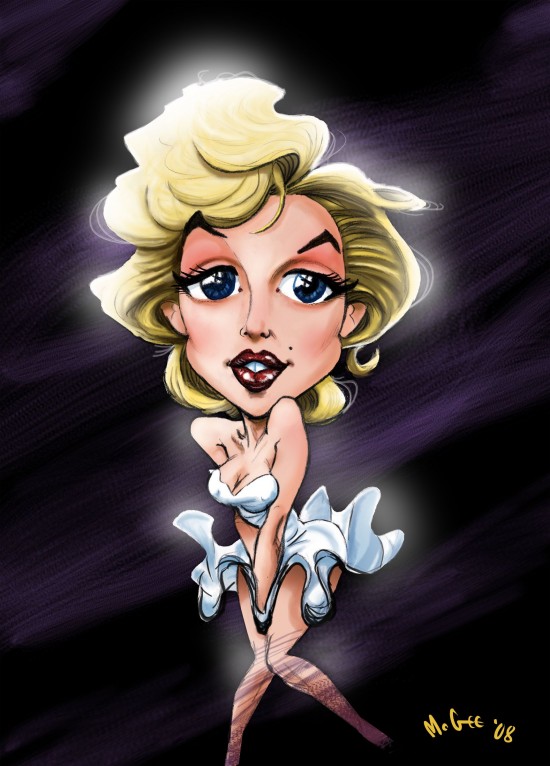 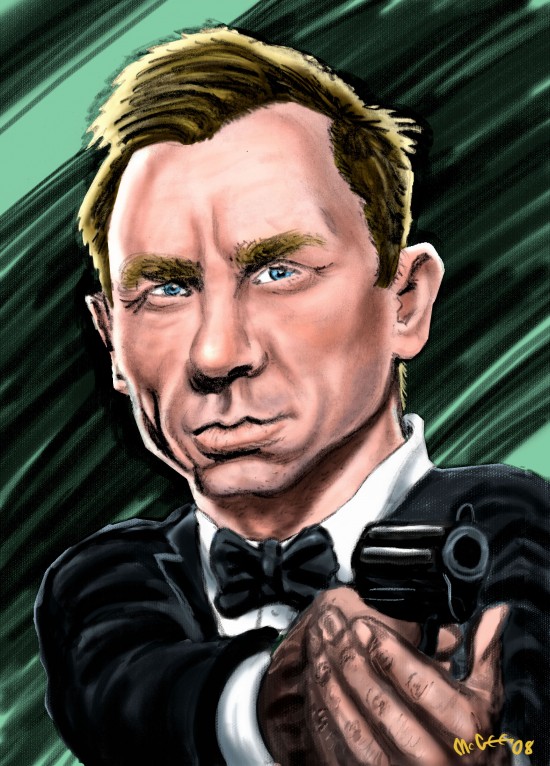 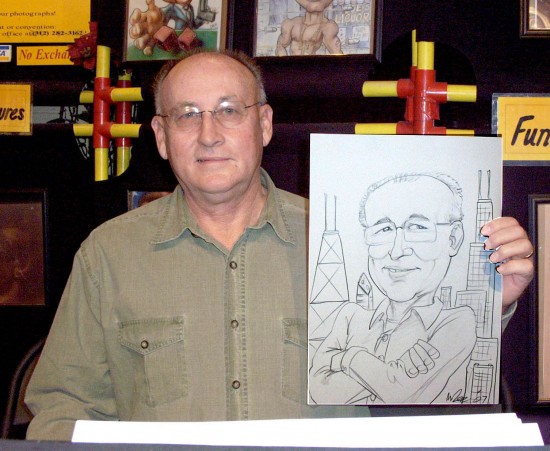 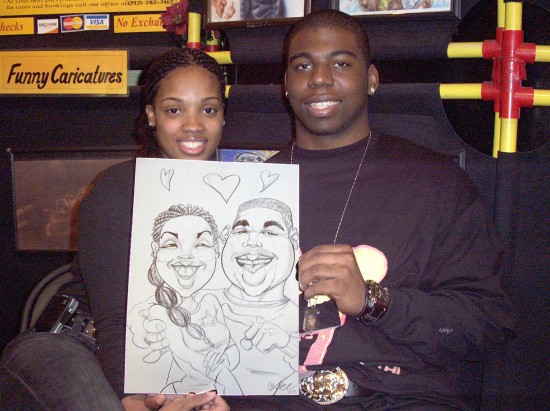 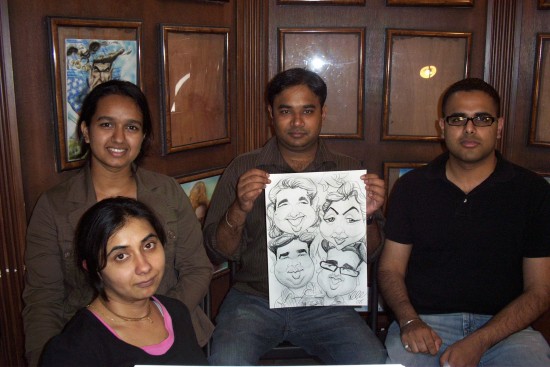 It can be called sketch comedy or a comedy of errors...of a sort. That's caricaturing in a tidy little shell.

Barton McGee has been drawing since the age of 3 and caricaturing for more than a decade.

Moving up from do-it-yourself doodling, going to art school and finally graduating to the creme de la creme of "sketch comedy"for four years at Six Flags Great America in Gurnee, Illinois to another six years at Navy Pier and squeezing in lots of commercial illustration whenever possible; suffice it to say this man draws a lot.

Something Different that our Guests LOVED - Thank you!

Our guests thoroughly enjoyed getting their caricatures done that they could take home with them. Thank you for everything!

Mr. McGee was great! The kids and adults loved their drawings!! He was quick and professional. He interacted with the little kids well during each of their sessions asking them about things they like to do or what they’re going to be doing all summer...I was very pleased with his services!!! 👍

Thank you for the wonderful review, Ms. Cassano. It was fun drawing everyone at the party, most especially the birthday boy himself, Ben. It's good to know the kids both big and small still like the drawings. If not they can always throw darts at them.

The pictures came out great. Later on I'll have to ask if I can post a few at the main gallery.

Barton was friendly and engaging, and was a great addition to our event. Thank you!

Caricatures by McGee was absolutely wonderful! Engaged with the kids, very friendly and quick with the drawings. I would definitely use him again and recommend to others!

Barton was on time, and got started right away. He improvised on request, for example, he drew in a PS4 gaming controller in my sons hands. He was also very efficient. Did several drawings non-stop, and people didn’t have to wait that long at all. I would hire him again!

He arrived promptly and set up quickly, my guests were so impressed with his work. I will definitely be using him for more events!!

Thank you Ms. Slater for the wonderful review. All I can say is I try to do my best to make sure everyone has fun and takes home a great looking gift. Pity I ran out of time to get that last person, but that happens. Looking forward to next time.

A wonderful person to do business with.

Mr.McGee was an absolute delight. He was punctual, professional, entertaining, and very patient, because he was in a room full of very energetic children and worked as though he was in total silence. He is definitely someone I would do business with in the future. Thank you.

Guests were very excited to have him there. They loved his work.

Thank you for the wonderful review Ms. Hall and for having me draw at the Alumni event for a second time. Great people from the returning alumni to your fellow staff that helped organize everything making it fun again. Hopefully we can do this again next year.

Many thanks for the positive review Ms. Trumpy. Your request was unusual but fun. Its not often I get to do full color but your friends and family were wonderful, patient models that helped make the evening great and memorable.

Many thanks for the glowing review, Ms. Chapman. I had a great time and everyone was fun to draw. Definitely looking forward to entertaining everyone next year.

Barton was an amazing addition to our corporate holiday party this year. His drawings were detailed and funny! He did a great job talking to the guests and keeping them comfortable while drawing their portraits. We would definitely hire him again! Thanks Barton!

Thank you for the great review Ms. Levine. No pressure living up to the praise at all. Like last year I had a blast. Great event, great people. I look forward to next year.

Barton was a HUGE hit!

Barton drew caricatures for my son's 5th birthday party and he was excellent! Everyone enjoyed his drawings as did I. I would definitely book Barton again for another event! He kept everyone engaged as they sat and waited for him to complete their drawing.

Barton Added So Much to Our Party!

Barton drew portraits of my family and friends for two hours at a large restaurant venue in Chicago. We were celebrating a few things that day - two birthdays and a graduation - and he was equally great with little ones and adults. Several people told me they loved talking with him and they were really delighted to take home the finished product. Way better than a goody bag filled with random junk. He made the party more memorable and fun. Highly recommend!

Great addition to the party

Barton did caricatures of all our guests at my husband's birthday party. Everyone had fun with it and liked taking home a souvenir of the evening. Thanks Barton!!

Thank you for the review. So many of my events tend to be quite raucous and loud (not exactly a bad thing) but yours was a bit of the opposite. A quietly scaled down affair with good conversation punctuated with wonderful moments of irreverence and good food.