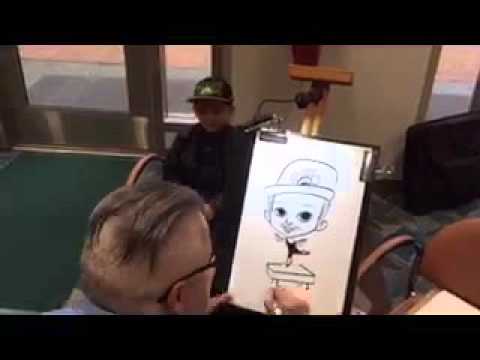 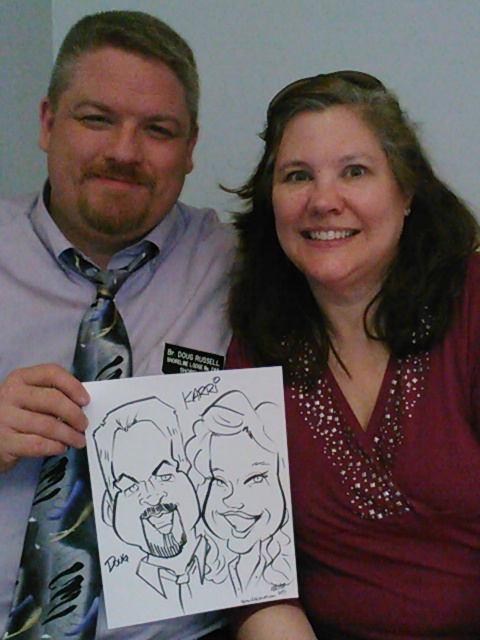 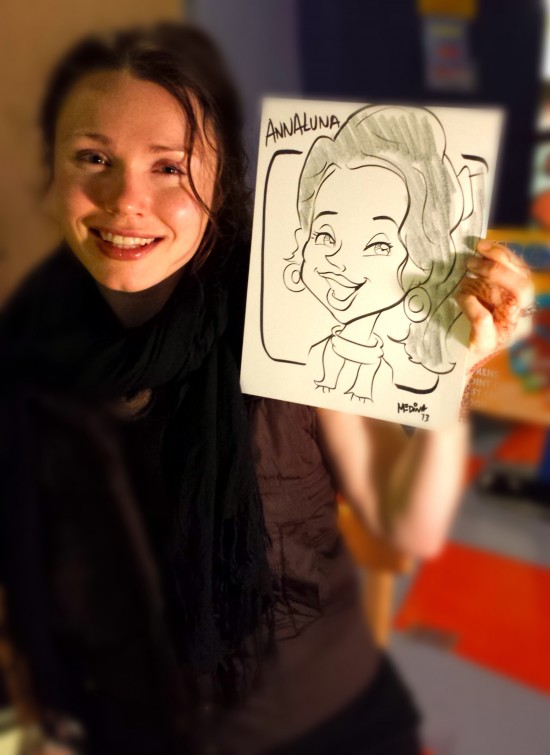 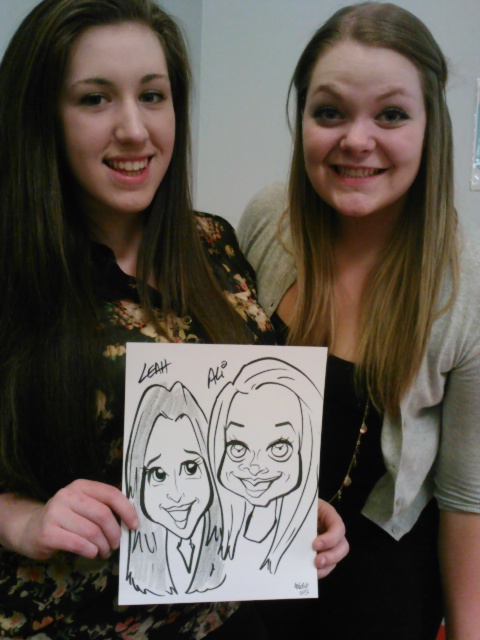 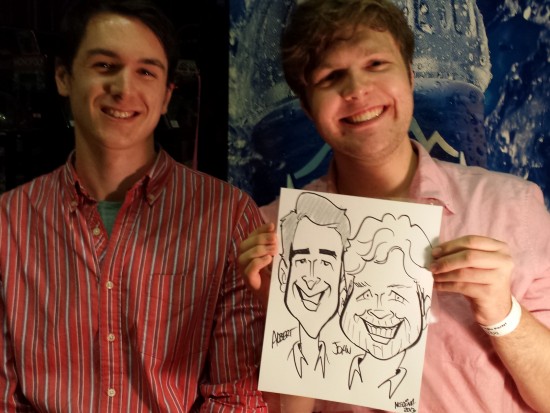 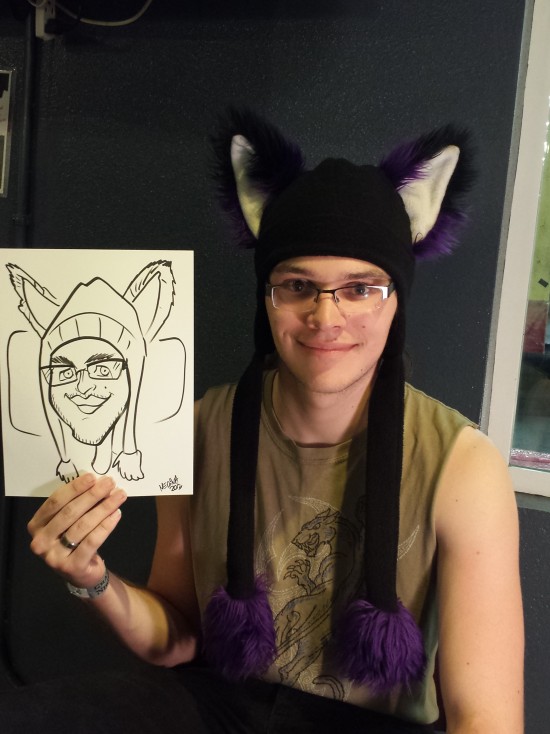 Caricature of kid with a funky hat 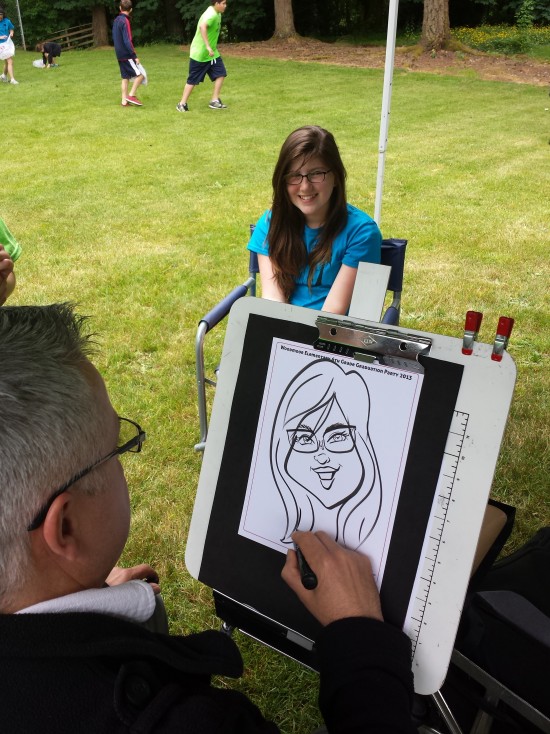 Caricature of girl being drawn 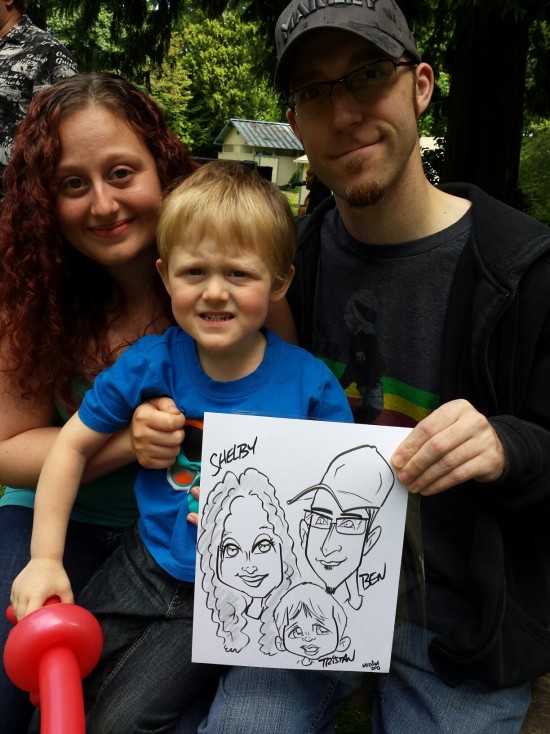 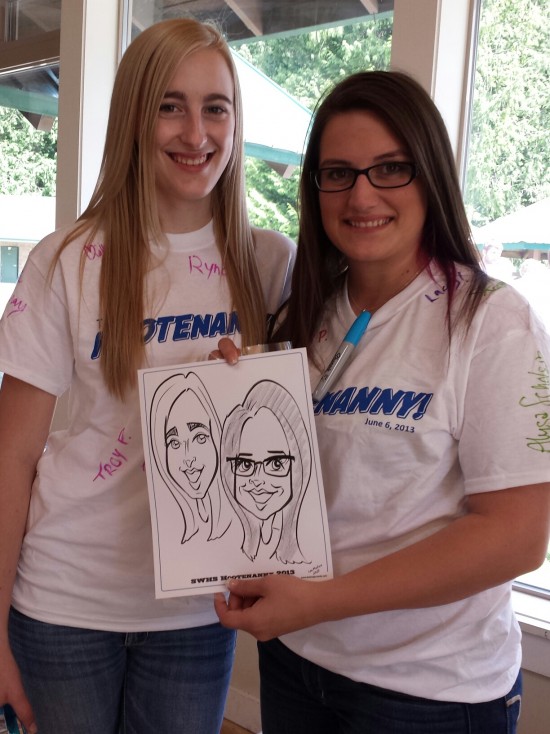 Graduation girls with their caricature 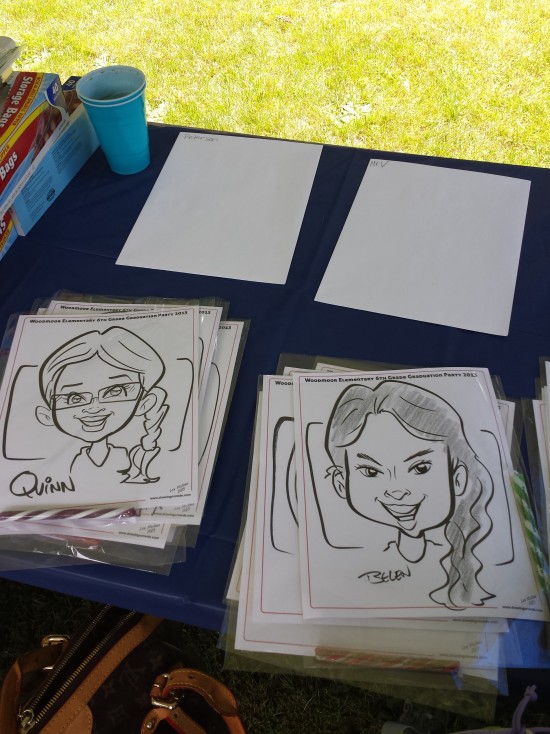 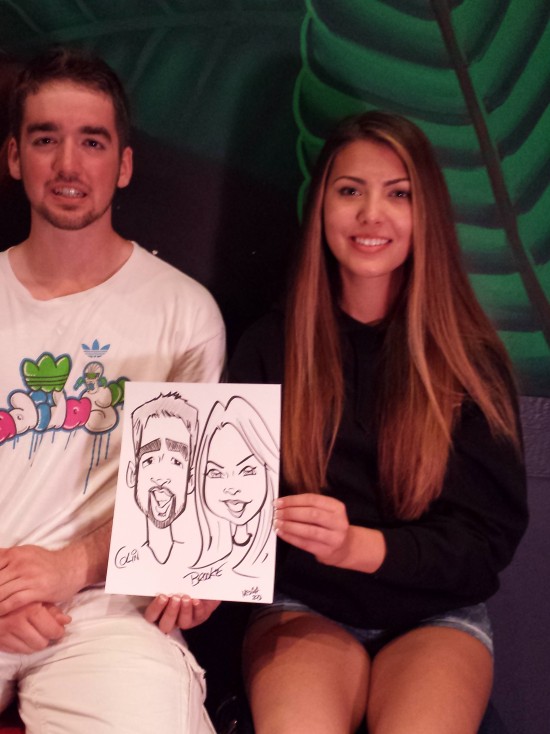 Couple happy with their caricature

VIRTUAL PARTY CARICATURES NOW AVAILABLE: While social distancing, every special occasion deserves a celebration and virtual parties make it possible! All you’ll need is a device like a laptop, desktop, or tablet with Zoom installed or if it’s an Apple product, I can use Facetime as well.

How it works is that each person will show me their face for a few minutes as I draw them on an iPad. They can see me and I’ll chat with them while I’m drawing. After finishing the drawing I’ll show them their fun caricature.

After the event, I’ll upload the drawings so guests can download their caricatures.

So, that’s how it works. Let me know if you have any questions!

Lou is absolutely GREAT! He was very engaging and kind and, of course, drew truly wonderful caricatures! Lou is truly a nice person with a great gift for making people feel comfortable. We would definitely book him again for an event.

they were on time and people had a great time.

Lou was such a hit at our wedding reception!! There was a line of people waiting to get their drawing done by him all evening. We had other things at our reception such as; a photo booth, darts, shuffle board, but to be completely honest, Lou was the highlight event. Everyone couldn’t wait to have their drawings done! In addition to that, he was the nicest guy to work with. Everyone loved his drawings and kept complimenting on how nice and personable he was. Having him at our reception was so much fun. He is very talented artist and I would 100% recommend him to anyone who is looking for a caricature artist!

Lou was extremely professional and his caricatures were very detailed. Would hire again!

Lou was everything we wanted him to be for our wedding - professional, on-time, and a fun caricaturist. We would seek out Lou again for future events.

Lou is wonderful!
Our wedding day was so special with your caricatures of so many friends and family and us. We loved having your talent and personality with us on our big day.
Guests had a wonderful time sitting for Lou's artwork and there were a lot of compliments we heard afterward. Lou needed almost nothing to set up and was off to the races with his easel and chairs in no time. I don't think he got a break at all as everyone was so thrilled to come see him. We had to hold the chairs hostage for him to get a chance to pee! (TMI?)
Anyway, you won't be disappointed in Lou's talent and sweet disposition!

Lou was early, interactive, and made sure to check out with me (Event Planner) before leaving the event. He was a HUGE hit with both adults and kids alike at our 200 attendee party, sometimes drawing up to 3+ at a time, and we would be more than happy to host him again

Lou did a tremendous job for our Annual Meeting Celebration Dinner. People loved sitting for him and the Caricatures gave them a unique gift to take home with them!

Lou was really friendly, interesting and talented. He'd be great for any event. I'd totally hire him again.

Lou is amazing! We hired him for a company party of 125 including children ages 2 and up. He is super fun to be around and great with all ages. His art is fun and quite wonderful, plus the attention to detail on adding our company logo and party theme to his drawing paper was pure perfection! Thank you Lou we will absolutely hire you again!

We hired Lou for our wedding and we are so glad that we did! Not only did he do an awesome job with the caricatures, but he is very friendly and engaging. Everyone loved him, both kids and adults. We would definitely hire him again!

I hired Lou for my wedding a couple weeks ago and it was the #1 hit! I still have people talking about how fun it was and what a good idea it was. He was so personable, kind and funny. Everyone really enjoyed him. He is also super talented which is important :) He made a costume logo for our wedding so people will always have a cute souvenir to remember our wedding by. I would HIGHLY recommend for your wedding or party. Its 100% worth it and you will not regret it.

I can not thank you enough Lou for helping make our day absolutely perfect!

Lou did an AWESOME job for our corporate event! There was a non stop line waiting for a picture. Every person that got their picture drawn loved how it turned out and had huge smiles on their faces!! I highly recommend Lou for any event!

Lou did a fantastic job!

Lou was outstanding at my 65th birthday party. Everyone loved him. He even stayed longer because guests were still in line when it was time for him to leave, and he didn't want to disappoint anyone. He was on time, friendly, and connected with my guests. Thanks Lou, for helping to make my celebration special..

Response from Caricatures by Lou:

Thank you Dee. I had a wonderful time! You, your family, and your friends are such great people.
Thank you for the kind comments, I appreciate it.

Lou was a "hit" at my 65th Birthday Party

Caricatures by Lou was a big hit at my party with family & friends from age 2 to 89. He was on time, he was very friendly to everyone, fast, professional and personable. Everyone really liked him and his work. We highly recommend him!

Lou did a great job with drawing caricatures!

Lou did a great job with drawing caricatures! Was very professional and pleasant to work with. Engaged our customers ..... everyone liked him!

If you're looking for a fun & fast caricature artist in the Seattle, WA area, you've found him!

Lou brings injects fast an furious fun to your event. The memories of your event will live on when your guests take their unique piece of art home or to the office.

His paper can be branded with your logo and event information, such as date, name of event, etc.

Lou Medina, caricature artist and illustrator, has been capturing quick likenesses with his pen for more than 15 years. His easel is the life of every event he goes to. His caricatures grace the walls of homes and businesses across the globe.

ABOUT LOU'S CARICATURE STYLE
People are often scared that Lou will exaggerate certain features. That's not what he does at all.

Over the years, he's refined his technique to simplify features, creating flattering likenesses that make people look their best.

His style is unique and not what you normally see in the caricature world.

LOU'S CARICATURE CAREER
Lou's career as a professional caricaturist was launched out of necessity. As fate would have it… his career began when he lost a job and couldn't find work. That drove him to study caricature drawing. With determination and relentless practice, he honed his skills and started drawing live caricatures.

Since his career began, Lou has personally drawn thousands of caricatures at hundreds of events. In fact, he has drawn at least 30,000 live caricatures!

Lou resides in Seattle, Washington, where he manages his own caricature entertainment company. He also is a freelance illustrator.

He loves to entertain people with his talent and continues his dedication towards crafting quality caricatures, one face at a time.

Covered area or shaded area if it's an outdoor event.