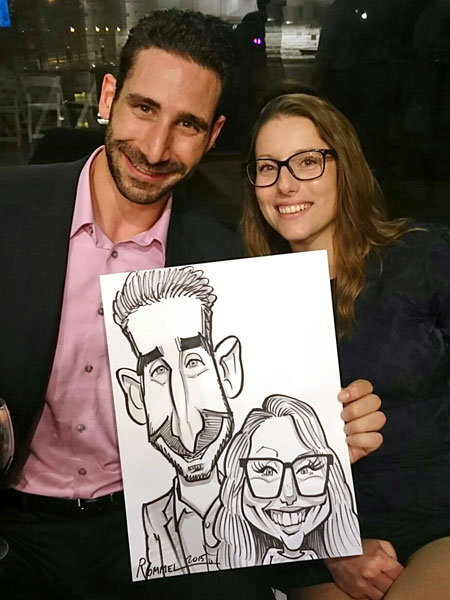 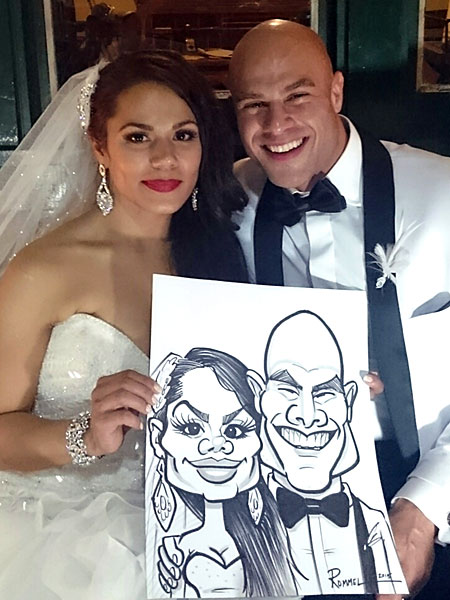 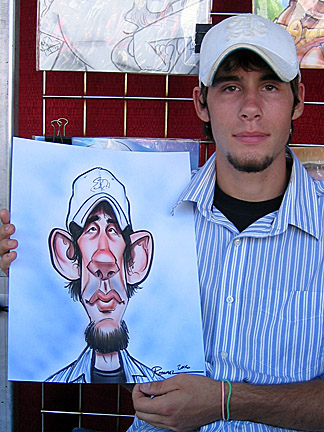 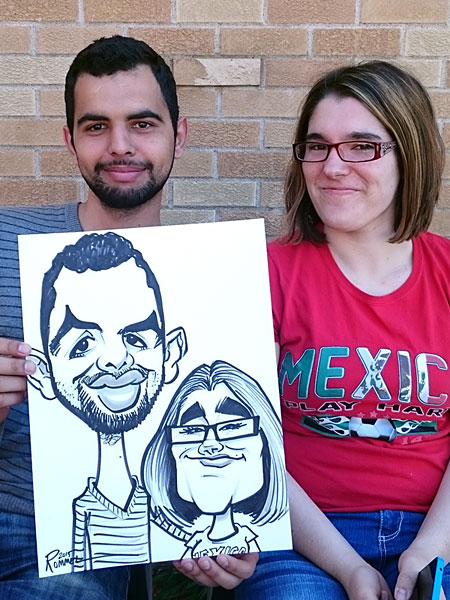 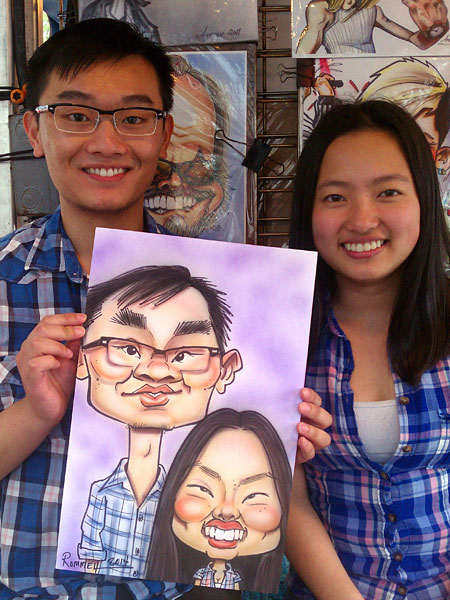 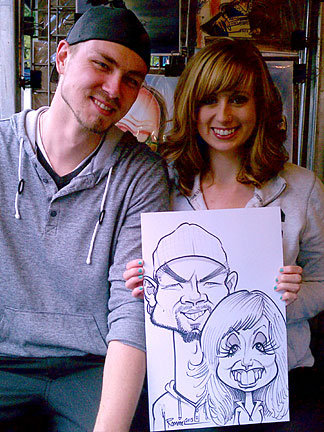 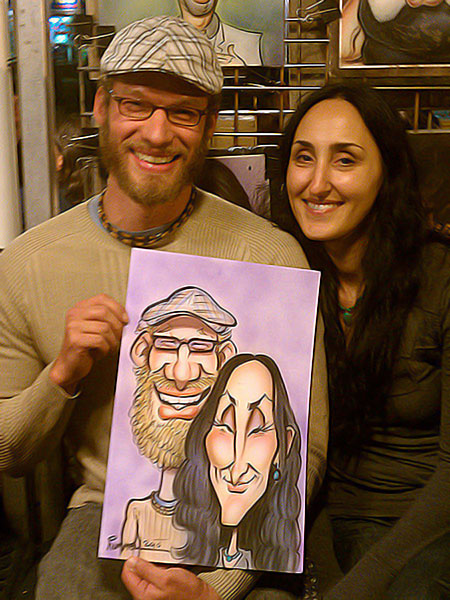 Chris Rommel is an award-winning caricaturist for hire to draw caricatures. With over 20 years of experience, Rommel has drawn thousands of caricatures at hundreds of events. His ability to capture a humorous likeness of each individual has clients requesting him to return to draw at annual events. What better way to entertain your guests than with humorously exaggerated drawings of themselves? Caricatures also make unique gifts for everyone to take home!

Be the first to review Caricatures by Chris Rommel

Caricatures provide a fun environment at any event! The crowd will ROAR with laughter as their friend's features are humorously exaggerated onto paper! What better way to entertain your friends and guests than with hilarious drawings of themselves? Caricatures also make the most unique gifts that your guests will ever get! A perfect entertainment choice for YOUR EVENT!

Award-winning caricaturist and nationally published illustrator Christopher Rommel has been drawing ever since he was old enough to hold a pencil. His enrollment at the Academy of Art University in San Francisco, California, as well as the University of Wisconsin-Stout and University of Wisconsin-Eau Claire, educated him in a variety of art concentrations, including Graphic Design, Character Animation, Illustration and Multi-Media. He graduated with a Bachelor of Fine Arts degree from the UW-Eau Claire in 1999.

Rommel launched his career as a caricaturist in 1998. It began when caricaturist Steve Brodner came as a guest speaker to the UW-Eau Claire. After viewing Brodner's caricatures, Rommel became inspired. As fate would have it, he saw a flyer seeking artists to draw caricatures at a nearby theme park. Rommel immediately applied for a position as a caricaturist at Valleyfair Theme Park in Shakopee, Minnesota. While employed there, he received hands-on training under the instruction of MAD Magazine artist Tom Richmond, owner of the caricature concession.

After graduation, Rommel worked two more seasons at Valleyfair, becoming the Caricature Concession Assistant-Manager his final season. During the off-seasons, Rommel was contracted by entertainment agencies to draw caricaturist at events. Rommel also began drawing caricatures at fairs for Wildman Caricatures. He toured nationwide with Wildman for a brief period, drawing at the busiest and largest state fairs in the country. Rommel even traveled across the world to draw caricatures. In 2004, he was invited to Tokyo, JAPAN by Central West, Inc. to help train their caricaturists.

Determined to start a business for himself, Rommel experimented by operating a caricature kiosk inside a local shopping mall and also advertised his services for hire to draw caricatures as event entertainment. Eventually, Rommel established his own company EXAGGERATED ENTERTAINMENT, where he manages a talented team of caricaturists to draw caricatures at events in Minnesota and Wisconsin. Since his career began, Rommel has drawn thousands of caricatures at hundreds of events!

Rommel is a member of the International Society of Caricature Artists (ISCA), formerly known as the National Caricaturist Network (NCN) prior to 2009. Among winning the top prize Golden Nosey Award for "Caricaturist of the Year" during 2006, Rommel has won many other awards by competing at ISCA-NCN conventions. Rommel is also a nationally published illustrator and his illustrations have been published in books and magazines, such as FHM, FLEX and PLAYBOY!

Currently, Rommel resides in Eau Claire, Wisconsin and manages his caricature company EXAGGERATED ENTERTAINMENT. He also works as a freelance illustrator for clients world-wide. Although long-term goals may be undetermined, his main career goal is to keep improving as an artist. Rommel enjoys entertaining people with his talent and continues his dedication of making quality artwork, one drawing at a time.

An area space of 6 feet x 8 feet will be needed. Chris will provide his own drawing table, paper, markers, paints and air-compressor (if airbrush color is desired). Client should provide at least 3 chairs (folding chairs are suitable) for caricaturist and customers along with a location having adequate lighting and proper shelter.