Call of the Loon Bagpiping 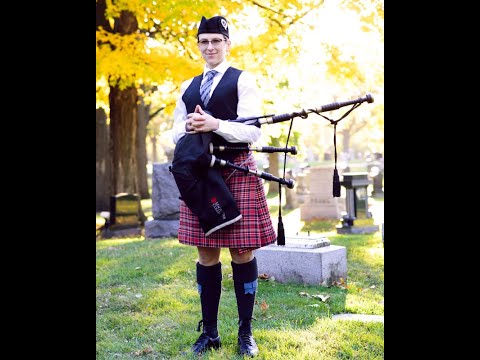 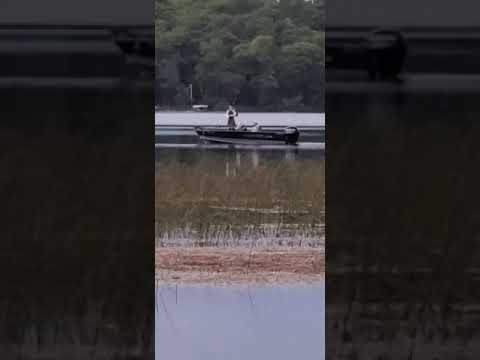 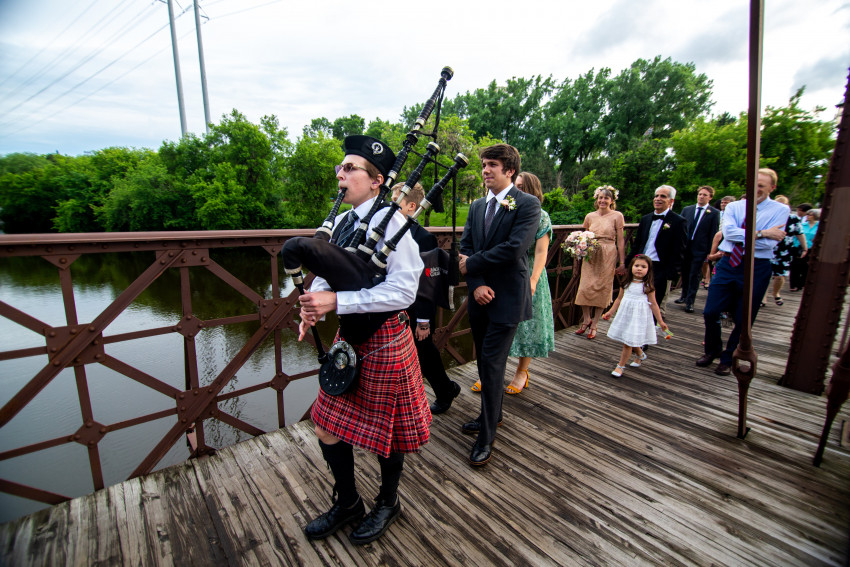 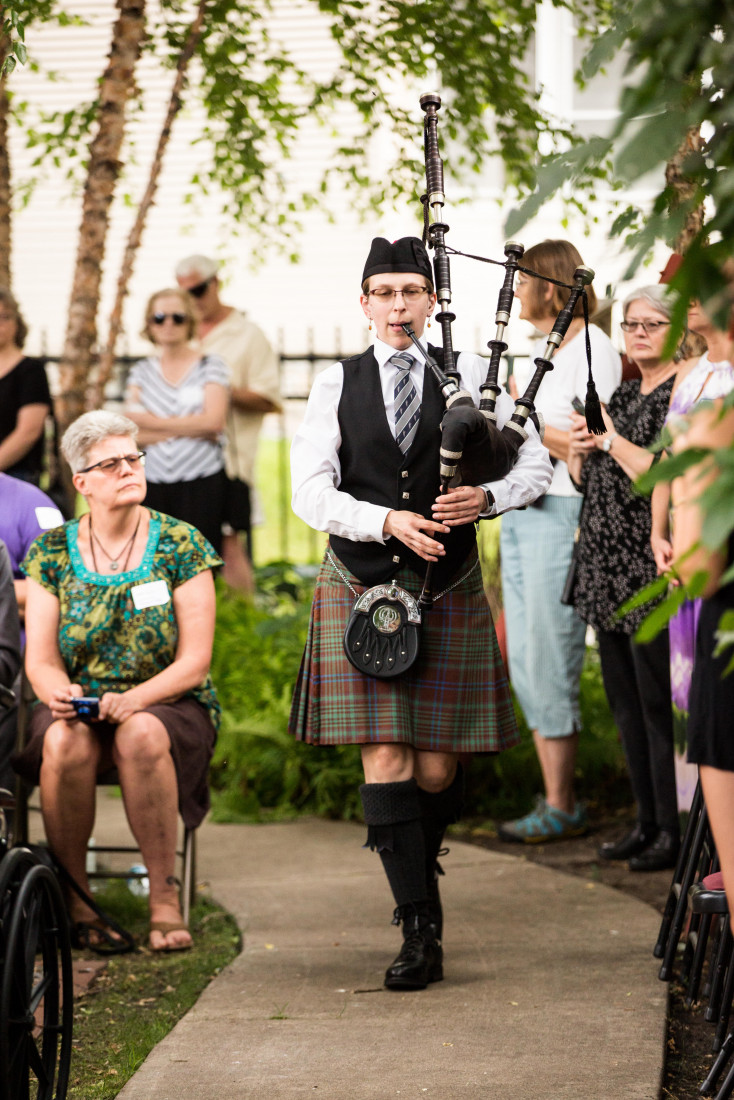 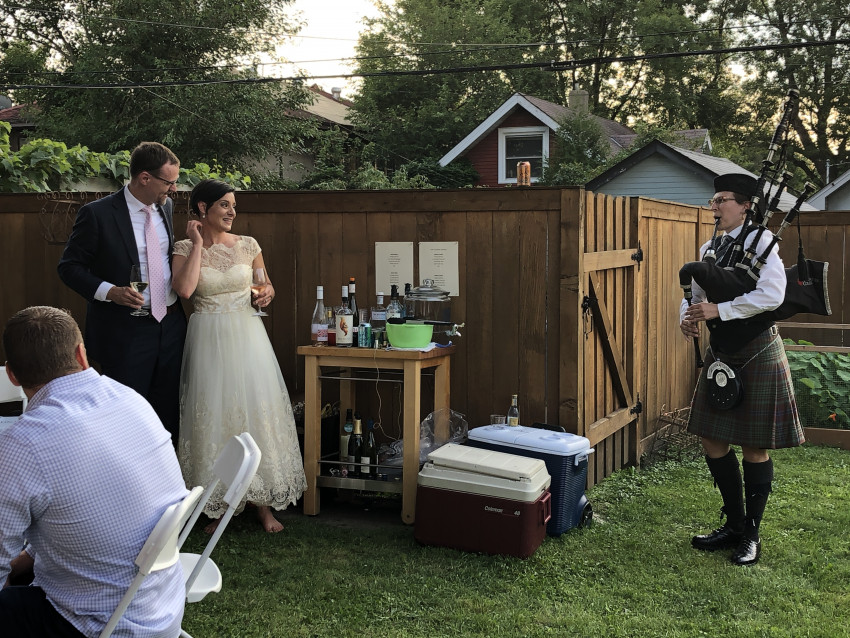 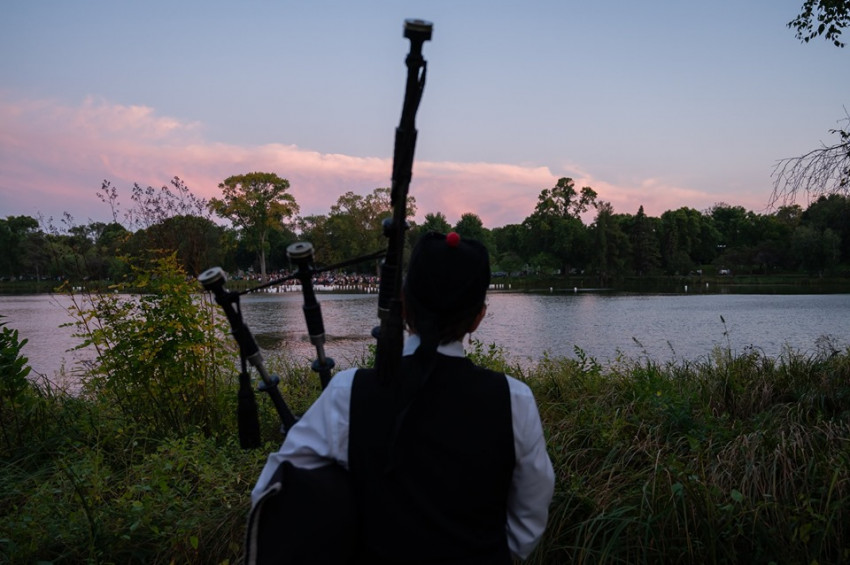 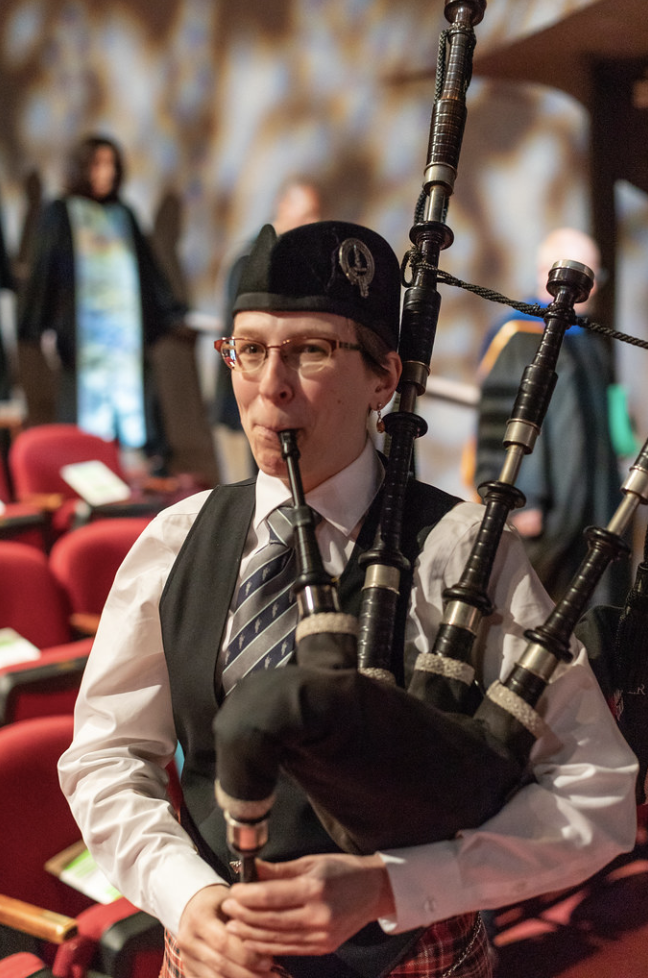 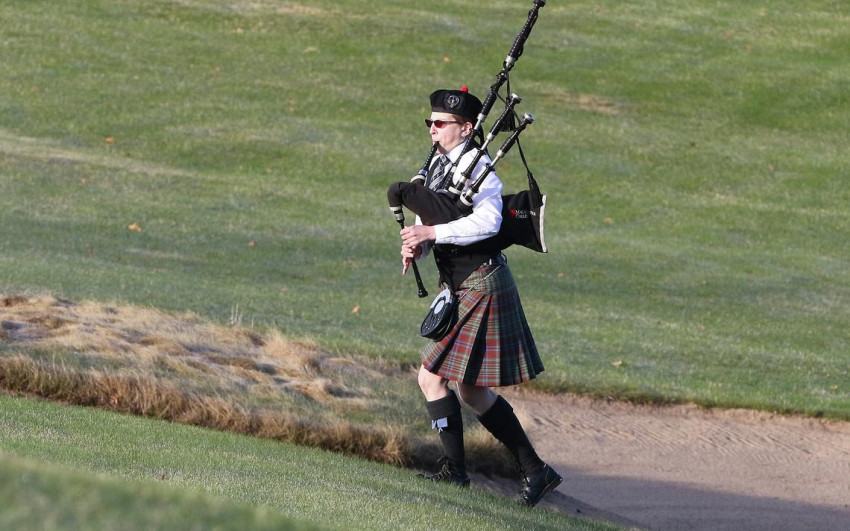 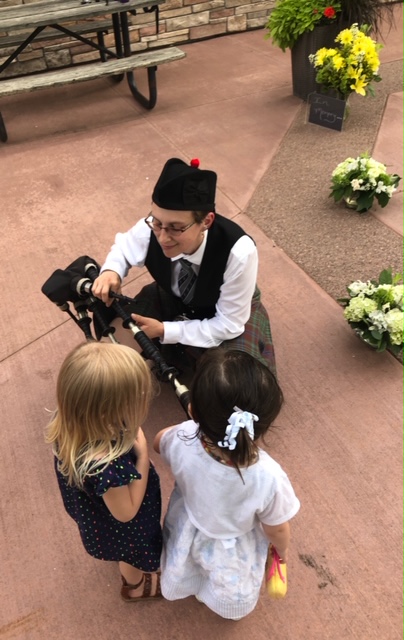 Explaining the bagpipes to the next generation at a family reunion, Owatonna, MN 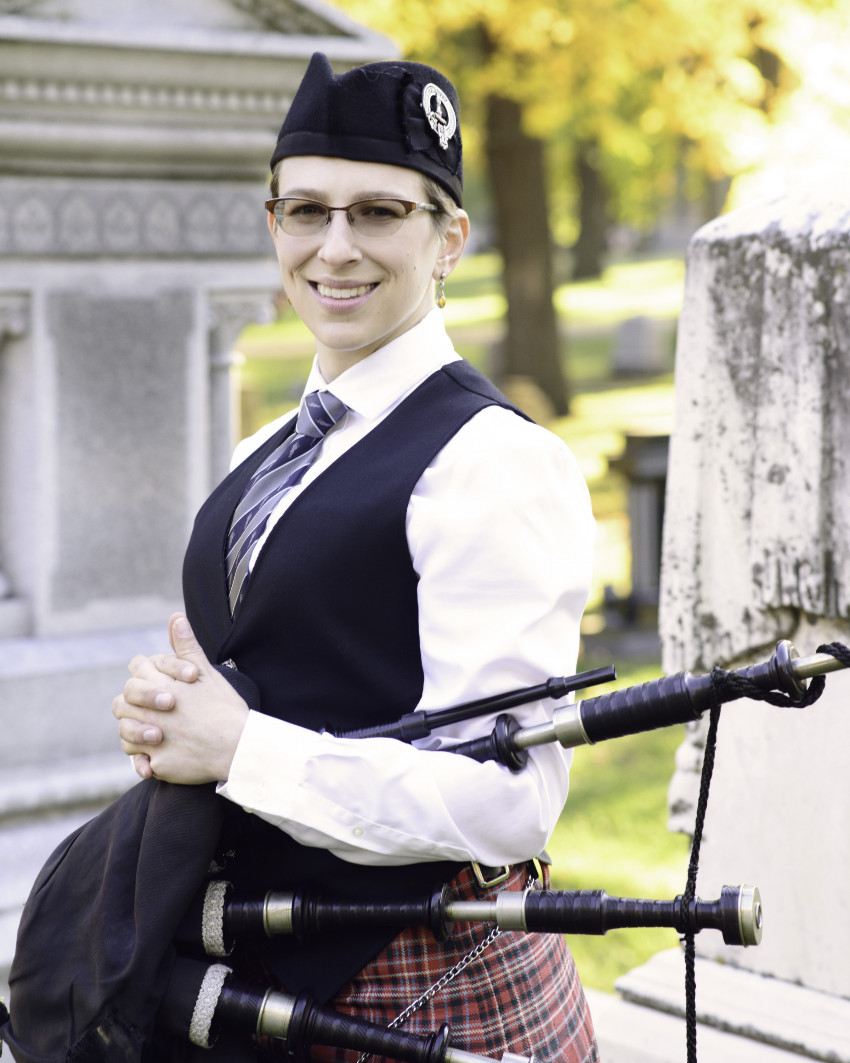 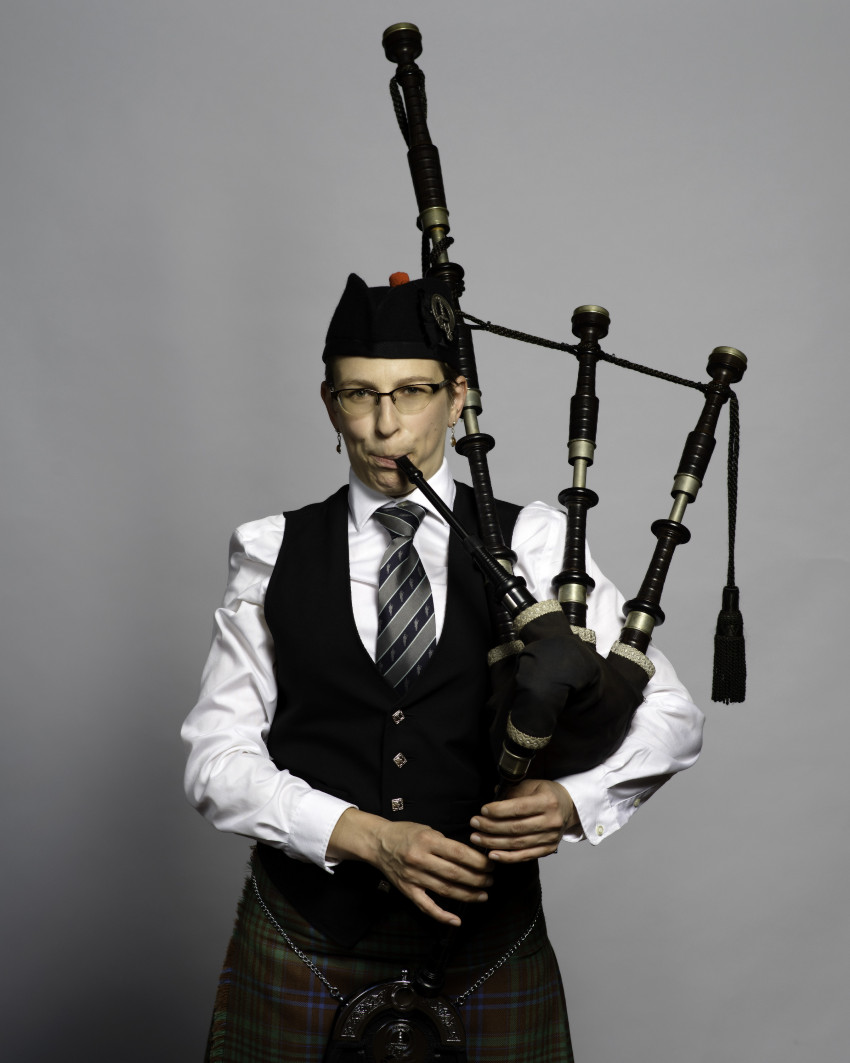 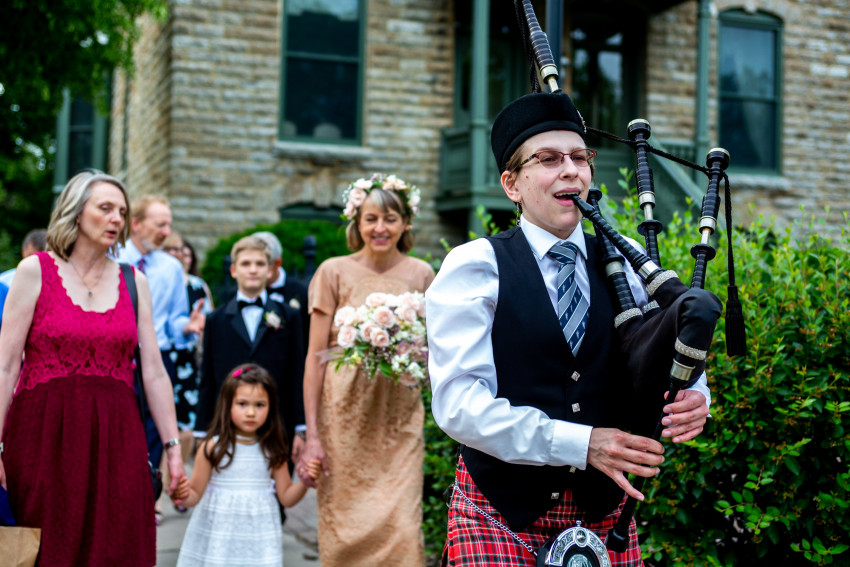 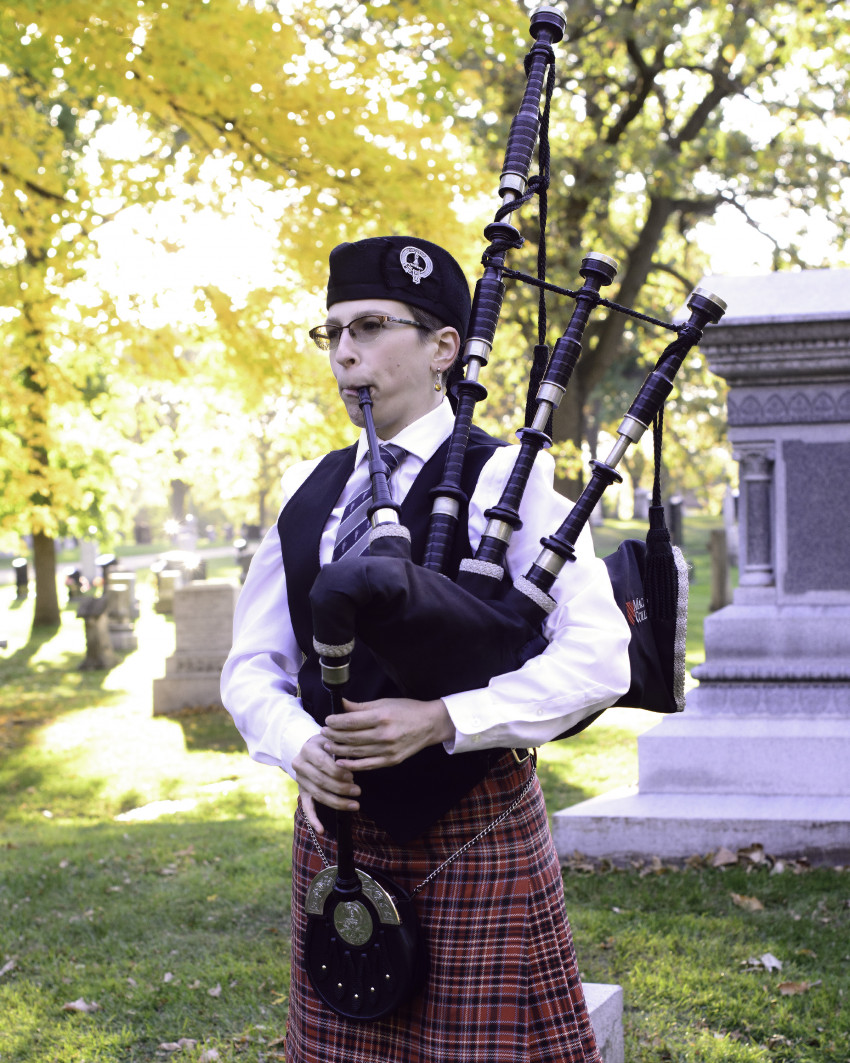 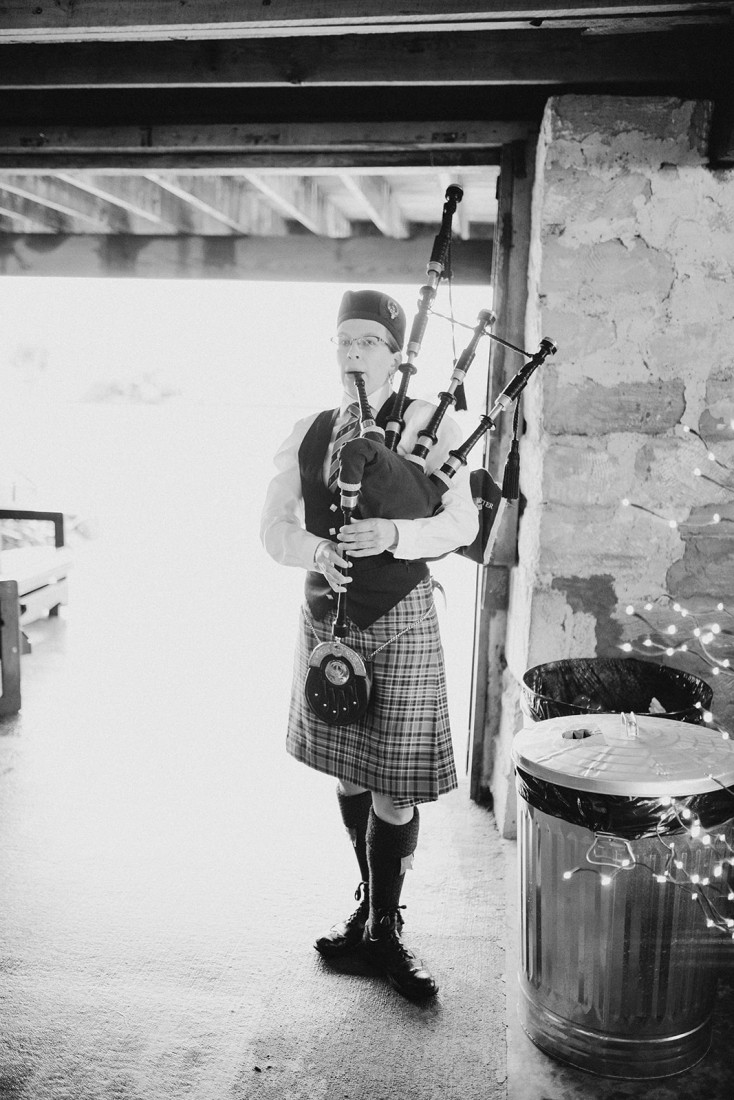 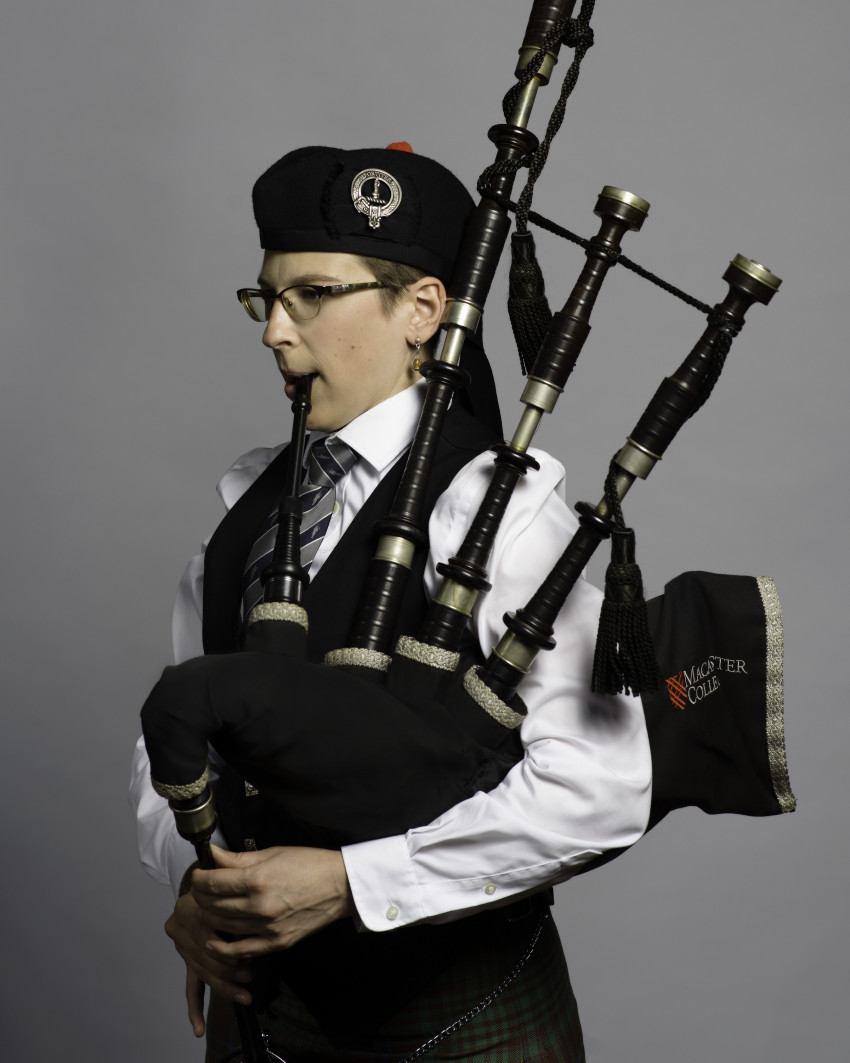 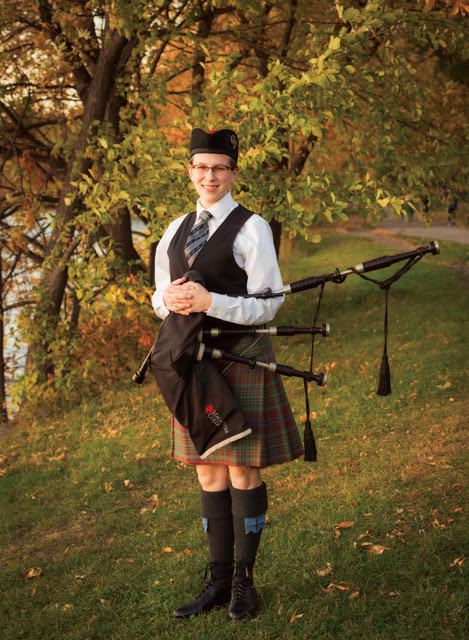 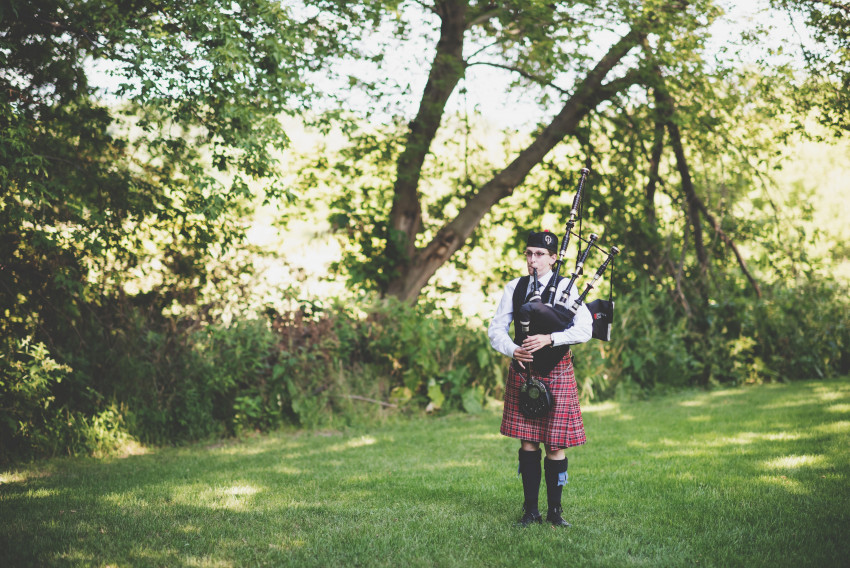 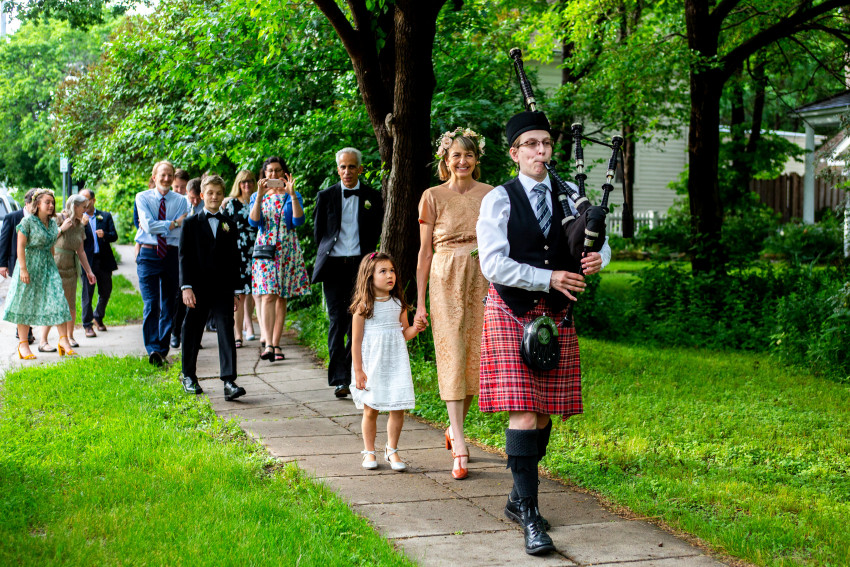 Since 2010, I've been playing my bagpipes for weddings, funerals, and all other occasions across Minnesota, Wisconsin, and Iowa as a professional piper and with the Macalester College Pipe Band.

Whether you are looking to set that celebratory, uptempo mood, or for something more meditative, I will add the perfect note to your event.

I do bagpipe outside in the winter and am available for events across the upper Midwest! Learn more on website.

She did a great job and even took a request on the spot. Good communication and asked good questions to prepare for the event. There was an alarm mishap, making the morning feel a little rushed and frazzled, but that happens to the best of us!

We have had Call of the Loon bagpiping at our Irish pub for the past few years every Saint Patrick's Day, and let me tell you, Meredith doesn't disappoint. She is professional, talented, and our guests love having her here! We will request Call of the Loon for years to come!

Great to work with and did a great job at my Dad's funeral. Would definitely recommend.

Meredith was very accommodating and easy to work with. We had some bumps on our end that wasn’t ideal, I’m sure, for Meredith but she handled it with grace and understanding. Thank you Meredith!

It was perfect! Meredith was wonderful

Meredith was very professional, arrived prepared and on time, offered suggestions upon request. We received a lot of compliments and would hire her again.

She did a wonderful job piping for our St Patrick’s Day celebration. She also had a great attitude and answered questions about piping historically. Will hire again!

Meredith did an amazing job playing at my father’s funeral. She really made my father’s farewell a special and unique memory. I will always remember the sounds of her bagpipe sending my dad home.

Meridith piped for my Mother's memorial service. She played beautifully and was so professional. She exhibited great dignity and respect. Can not recommend her highly enough. Thanks Meridith.

Meredith was fantastic performing Scottish pieces for a relatives 90th Birthday. Very appricative of her talents and effort.

To have Meredith play the bagpipes at my brother’s funeral was like putting a majestic exclamation mark on my brother’s life. My brother left a huge footprint on earth while he was here. He touched many lives.
Meredith was prompt in arriving. She was very respectful. After a short orientation to the environment, Meredith was able to make a plan to play her music for family in attendance and also those viewing via Zoom. The music was absolutely beautiful. I know my brother was with us in spirit that day and would have enjoyed the beautiful Celtic touch on his service. Thank you so much, Meredith, for being part of my brother’s celebration of life. You are part of his story.

Based in St. Paul, MN, I play the bagpipes for weddings, funerals, and all other occasions across Minnesota, Wisconsin, and Iowa. I’ve been performing since 2010, and as of this writing have played for over 300 events, playing a wide range of Irish and Scottish music, from somber and reflective to celebratory and joyous.

I aim to work with my clients to make sure all your needs are met. From responding quickly to your calls and emails, to looking and sounding great on the day, I’m here to add the perfect note to your event and provide the highest quality professional bagpiping performance.

Performances of note include being on the live broadcast of Prairie Home Companion’s 40th anniversary show on July 4th, 2014 as part of the Macalester College Pipe Band. I also bagpiped for over 3,000 people at Lakewood Cemetery’s 2019 Lantern Festival in Minneapolis.